"Blues & Jazz are unique in their presentation since they are subject to change in every performance... It is sincere, warm, alive and never ostentatious. But only in the right hands..."

Tuğrul Aray: The Language Of Music

Tuğrul Aray was born in Turkey. He's a harmonica, tenor saxophone, flute, pipes, and kaval player. Tuğrul was a member of well-known blues band of Istanbul Blues Company (İstanbul Blues Kumpanyası in Turkish, or referred as IBC hereafter), the most popular blues band in Turkey. They're often referred as The Original Turkish Blues Band. They bring the blues sound to their national melodies, harvesting both to put together a unique and plausible sound. Tuğrul recorded with IBC the album "Sair Zamanlar" (Other Times) in 1999. 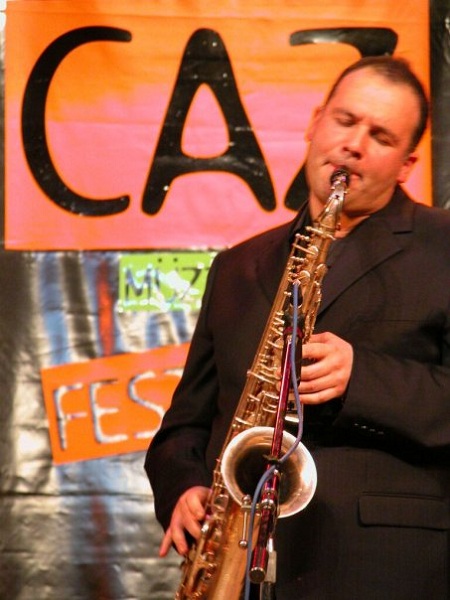 IBC was found in October 1993, as the ever and the last "string band" oriented band of Turkey; by Sarp Keskiner and Salih Nazım Peker, both being the band's founding and mentor members. During the "revival movement of Istanbul Underground" circa 1998-9, the band was a unique and leading voice in Turkish underground music community by addition of Orcun Basturk from Replikas, besides other bands like Baba Zula, Nekropsi and Replikas; but modelling Alexis Korner's Blues Inc. to host various musicians without any hesitation to launch a "completely free line up" motto; as whomever did practice any kind of blues, gospel, Cajun, acoustic, electronica, collective improvisation and Anatolian psychedelic rock were very welcome to the line up within Turkish boundaries; until their "farewell tour" in May 2000, just after releasing their second album "Sair Zamanlar". During 1997 - 2000; IBC line ups recruited numerous musicians, who'd later rule Turkish jazz, Latin, punk, blues, post rock or pop rock arenas, nationally or internationally; circa 2000 and 2010. Keskiner joined the first and last electric Chicago style blues band in Turkey in 1996; Moe Joe, which was founded by Vefa Karatay and Feramerz Ayadi in 1994; also bringing names like İlhan Babaoglu and Tugrul Aray (harmonica, flute, tenor saxophone) from IBC's latest line up to Moe Joe's. After countless gigs and tours and festivals; since 1996, Moe Joe still runs the show as a quartet, but without Babaoglu and Aray. Tugrul Aray is an optional member of site: sweetpapalowdown.com; besides composing music for advertorials.

What do you learn about yourself from the blues & jazz and what does the blues mean to you?

Jazz & Blues taught me that I can truly express myself to likeminded people across the world with no need for a common language between us other than music. I see blues as a step to jazz, perhaps the best route. It has an uncomplicated form, which enables the performer to develop exceptional improvising skills.

How do you describe Tugrul Aray sound and what characterizes your music philosophy?

You learn from the greats and often imitate them but along the way you find your unique sound. To find one’s sound is an unending process. I’ve met my sound already but still getting to know it better every day. I have a long way to go...

Philosophy… I learned long ago that one needs to observe and play with as many good musicians as possible in order to be able to swim with others in the same pond without clashing... 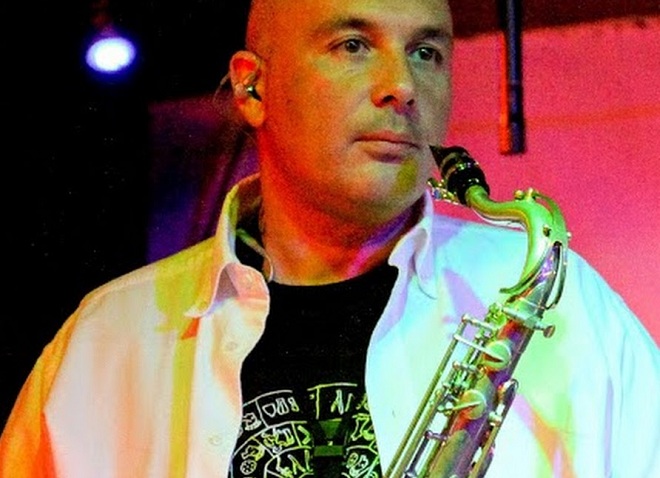 "I wouldn’t change a thing, since Blues thrives from difficulty. To make things easier for Blues performers would be counterproductive. I believe the music itself will change the world. Let it decide how."

Blues & Jazz are unique in their presentation since they are subject to change in every performance. Musicians not only interact with each other but also with the audiences’ emotional participation. It is sincere, warm, alive and never ostentatious. But only in the right hands…

I had the great fortune to perform with Lucky Peterson, when I was 23 in Istanbul (Efes Pilsen Blues Festival). He was very kind to call me to the stage. After the performance Mr. Peterson offered me to join his band to tour with him, which I stupidly declined due to my ongoing studies. This thought me never again to let great opportunities pass me by.

Best advice... I think people must control the desire to practice the instrument before first listening to its great performers for an extended amount of time.

What do you miss most nowadays from the blues of past? What are your hopes and fears for the future of it?

Everything in life is subject to change. It’s a natural process for things to transform in time. Luckily we’ve had the technology to have recorded the greats of the past so nothing is lost.

I have no fear that Blues will lose its devoted followers in the future. "Jazz & Blues taught me that I can truly express myself to likeminded people across the world with no need for a common language between us other than music."

I wouldn’t change a thing, since Blues thrives from difficulty. To make things easier for Blues performers would be counterproductive. I believe the music itself will change the world. Let it decide how.

Constant rising consumption of pop music reduced the demand for blues & jazz. There are less groups and locations to play today than 15 years ago.

What are the lines that connect the legacy of Blues & Jazz from United States to Turkey?

In Turkey Jazz & Blues is performed and consumed by the more educated, even elite. This clashes with its legacy in the USA of course.

What are the similarities between: Blues and traditional Turkish/Greek music...East and West?

Contrary to what you may have heard, I’m not a traditional folk musician...

I wouldn’t consider myself an authority on the subject to compare the Turkish music -let alone Greek music- to Blues.

Loss of interest to Jazz & Blues worries and upsets me. Rising pop culture reflects the lowered standards in both education and taste among the contemporary youth of Turkey. 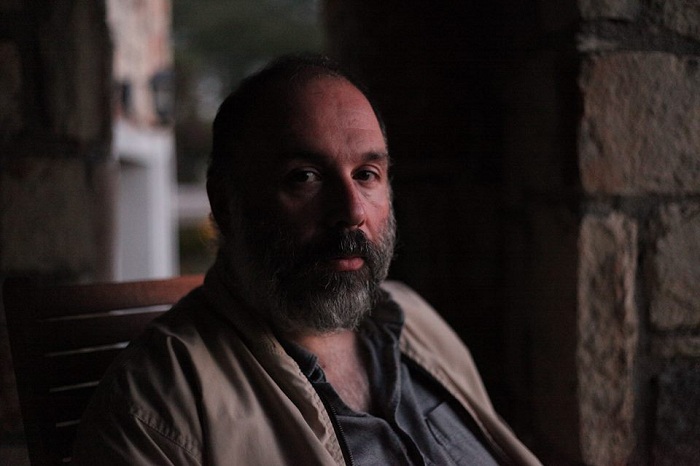