"The Blues, to me, represents honesty and integrity. Blues has helped teach me those values more fully."

Since 2002 The Mighty Orq has been performing solo and with his band across the US and Europe. He has won multiple awards, released six albums, and an instructional DVD for solo resonator slide guitar. He is a uniquely talented singer, songwriter, and multi-instrumentalist with a focus in the American Roots Music genres. Mid-2014 has seen major changes in the band; the departure of long-time drummer Matt Johnson and addition of Barry Seelen on Organ. The songs and instrumentation have matured as well. His music is a blend of classic rock energy, Gulf Coast blues, R&B, and pop with gospel undertones that are as unique as they are powerful. Orq started out playing the local haunts in their home town of Houston in late 2002, and over the last decade have developed into an internationally touring workhorse. 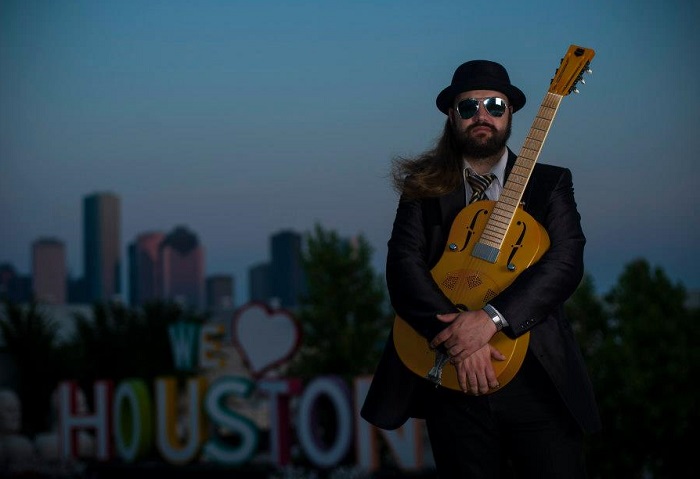 The 2013 CD, “Soulful City,” made possible by a grant from the Houston Arts Alliance; Mighty Orq’s album pays homage to his native city. It features songs from legendary Houston artists like Lightnin’ Hopkins, Hop Wilson, and Alan Haynes as well as original works such as “Tequila Monday” and “Cigarettes in Heaven,” both songs reminiscing about the past thirteen years making music in Houston. Where previously the musical focus was on raucous drum and guitar lines, now Orq has taken a more song-centered approach letting songs dictate the instrumentation rather than the other way around. New compositions such as "Love In A Hurricane," "Say It With Silence," and the Weissenborn instrumental "Cannon Ball" from the forthcoming album entitled "Love In A Hurricane" (Coming in 2015) feature an experienced composer, instrumentalist, and singer beginning to reach his stride.

The Blues, to me, represents honesty and integrity. Blues has helped teach me those values more fully.

How do you describe Mighty Orq sound and progress? What characterize your music philosophy?

I would describe my sound as a mix of American musical styles. It's evolved from playing exclusively Blues, to Rock, Country, and Folk styles. My musical philosophy is just play what feels right. Be honest in what you play, and be sure that it makes you happy. If you always play to please others it's inauthentic. By the same token music should be accessible to an audience. I try to balance the ideas of authenticity and accessibility when I'm playing a song. It can be tricky sometimes. 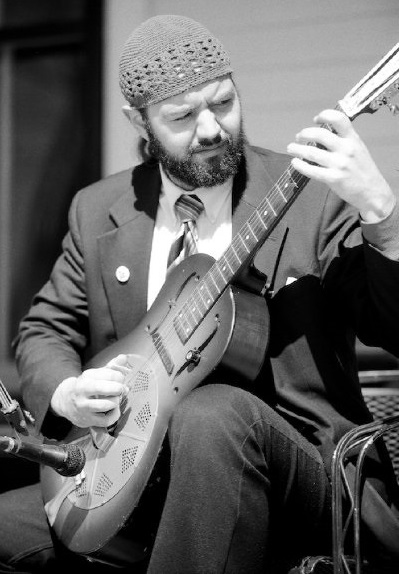 Well I feel like every new moment is a new and interesting musical experience.

"Neither am I worried about the future of music. As long as there are music lovers out there, there will always be good music."

I think it's partly because Blues is as I mentioned earlier authentic and has musical integrity, and at the same time is accessible to the listener. It is very much a style of 'the folk.' It discusses human problems in a way that people can easily relate to. I also feel (and this might sound a little too mystical for some) that there is something about the notes in the Blues scale that vibrate us just right.

My first gig in Europe was very fun and memorable. It was in a tiny basement club in Munich called The Hideout. As far as jams go, I've always loved playing with as well as listening to Alan Haynes. He's one of the best living Blues guitarists in the world, and one of my personal favorites. And being from Houston I had the honor of knowing and playing with "Texas" Johnny Brown. That was definitely a highlight.

Well again knowing and playing with Johnny Brown and Alan Haynes have been tremendously important experiences for me. Their advice was in the music they play and I've tried to take it to heart.

I don't miss too much about music of the past because we can still here it on recordings and it still speaks to many of us I think. Neither am I worried about the future of music. As long as there are music lovers out there, there will always be good music. 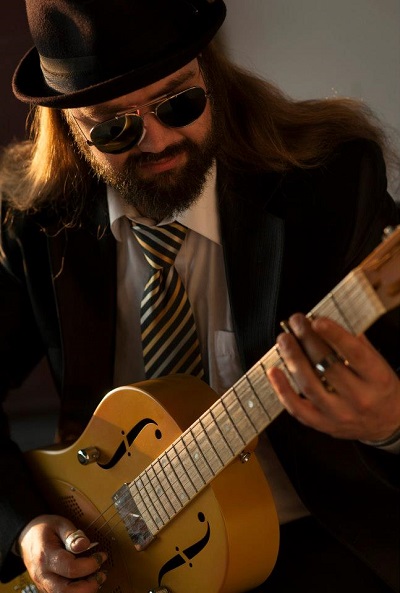 I suppose I would change the way in which certain artists are marketed on a large scale. Or rather, the type of artists. I'd like to see great jazz, classical, and roots players promoted like more modern rap, dance, and Nashville acts.

"I would describe my sound as a mix of American musical styles. It's evolved from playing exclusively Blues, to Rock, Country, and Folk styles. My musical philosophy is just play what feels right."

What are the lines that connect the legacy of Blues with and continue to Southern Rock and Americana?

To my ears the progression from Blues to Southern Rock is a natural one; young whites combining the music of African-American tradition with the country music they heard from their parents. It's all Americana because, well, both Blues, Country and Southern Rock all evolved here in America.

The beauty of slide guitar in my mind is that it so closely mimics the human voice. I'm not a musicologist, but my understanding is that the didley bow was one of, if not the, first slide instrument used in blues music. I imagine transferring that sound from one string to a six-string instrument happened over time. Resonator guitars came to popularity because they were louder than traditional acoustic guitars and also because they're so cool looking.

Wow there are just too many to pick one. I'd like to see Robert Johnson at Mississippi juke joint, Jimi Hendrix playing guitar with Little Richard, Bob Wills at a Texas honky tonk, Muddy Waters in a Chicago club, Johnny Guitar Watson in the 1950's AND 1970's. If you've got a time machine I'll gladly join ya! 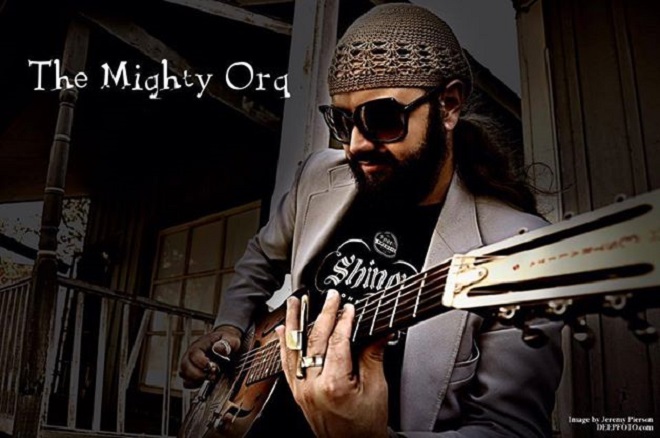