"Life is chaos, art gives it form. So, blues and gospel are a way to make sense of and express experience. It is music that touches me in a way that other music does not."

Veteran Boston based singer, songwriter and guitarist David Champagne, who was born in Oklahoma, grew up in Kansas City, and has lived in both New York and California, came to Boston to play in a rock and roll band in 1977. Since then he has played in the Shane-Champagne Band, Pink Cadillac, Treat Her Right, the Jazz Popes, Super Eight and the Junko Partners. Treat Her Right is a blues rock group formed in Boston, Massachusetts in 1984. The band originally featured Mark Sandman on "low guitar," Billy Conway on drums, Dave Champagne on guitar, and Jim Fitting on harmonica. Champagne and Fitting reformed the band in 2009 with new members Steve Mayone and Billy Beard. Treat Her Right is often credited with helping to spawn the punk-blues hybrid (sometimes dubbed cowpunk, among other titles) that achieved prominence in the early 2000s. He currently makes music with his wife, Katie, in the Heygoods, and plays in Andrew Mazzone’s musical aggregation The Family Jewels as well as various reincarnations of Treat Her Right. His new project called, AGNOSTIC GOSPEL. David Champagne’s idea of gospel is not exactly what you’d call sacred. In place of impassioned calls to worship our Lord and savior, Champagne’s songs get down to life’s nitty-gritty. They’re not always pretty stories, either. Debut album titled “Agnostic Gospel” (2013), featuring 12 songs Champagne wrote. To give it variety, he enlisted a who’s who of local folk talent to perform the material, singer-songwriters ranging from Laura Cortese and Dennis Brennan to Kris Delmhorst and Dietrich Strause. The backing musicians are a dream team of Boston roots luminaries, including Billy Beard, Dinty Child, and Kimon Kirk, who coproduced the album with Champagne. Champagne’s parents were Presbyterians, but he wasn’t brought up in a particularly devout household. He first heard gospel, along with everything else, on the radio as a kid growing up in Kansas City. He initially consumed it through secondary sources like Aretha Franklin, Gram Parsons, and Ray Charles. Most of the songs on “Agnostic Gospel” confront down-and-out situations with a healthy sense of humor.

What do you learn about yourself from Blues & Gospel music? What does God & Devil music mean to you?

Life is chaos, art gives it form. So, blues and gospel are a way to make sense of and express experience. It is music that touches me in a way that other music does not. When I first heard Muddy Waters it was on a record in a listening booth at a drugstore in Kansas City. I had read about him in interviews with Eric Clapton, The Rolling Stones, etc and if they thought he was cool, I thought they were cool. His voice was a message from another world. I have been trying to figure out what he was saying since though I had to wait until I was in my thirties to begin. Muddy didn’t mess much with God and the devil, I got that from other members of his tribe. We can wrestle with God but in our puniness all we seem to get is a sense of how difficult it is to say anything on the subject. Which I believe is why we as humans need intermediaries. So for me, in this culture, with my background I can imagine Jesus, despite the usual travesties, as a kind of ideal: calm, wise, compassionate and saying what rings solid as the truth. The devil is what gets in the way of emulating those qualities: habit, fear, and the familiar sins. Much of my repertoire springs from that struggle. 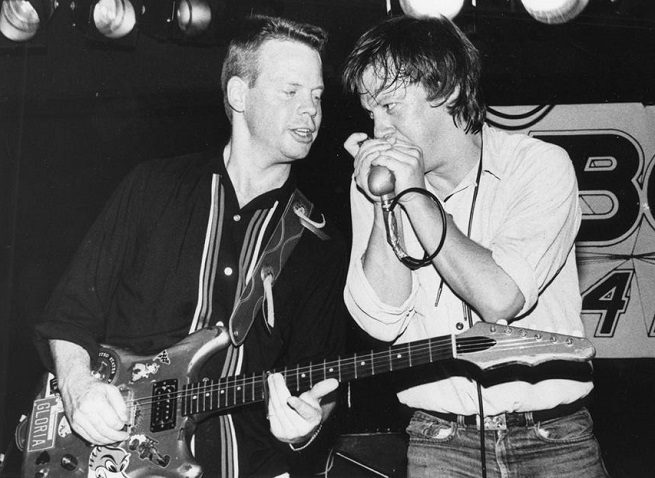 "American culture as we know it would not exist without the attempt to deal with the collision of the descendants of African slaves and those of white Europeans. It has taken a long time for the latter to deal with that fact that all men are created equal and the implications of that statement." (Photo by Paul Robicheau / Treat Her Right: Dave Champagne & Jim Fitting on stage, 1987)

How do you describe David Champagne sound and songbook? What characterize your music philosophy?

I draw on. All music that I have loved over the years is dumped into a slow turning kaleidoscope so that at any given time what show ups is different. In 2016 I will release my version of REAL FOLK BLUES in color not black and white. A couple of the songs are from a recent recording session feature Jim Fitting and recalls the sound we tackled in the band Treat Her Right 25 years ago. Though that band wasn’t really limited to blues/gospel/country. Next up is an album inspired by Johnny Mercer and the Beach Boys using piano, upright bass, clarinet and trumpet. The working title is Embraceable Me. I trust my modesty is coming through sufficiently.

What were the reasons that made your generation in New England to be the center of Roots researches?

A surplus of restless, intellectually curious youths who wanted to find an alternative to what the surrounding sententious consumer culture seemed to offer. Of course, we had to use the products of that culture to do so but incorporated elements from neglected and discredited sources; blacks and ‘hillbillies’ in the main.

Jeff Beck once signed a guitar this way: Good luck, you’ll need it! In the speech I give at my lifetime achievement award I will thank all the people who could have helped me but didn’t. They forced me to become better. Now I am so good that no one knows but me. 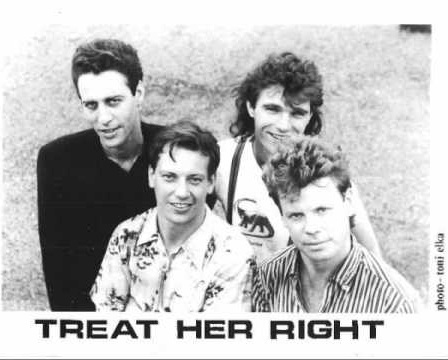 One thing I miss is the fact that it is nearly impossible to hold a band together. It has gotten so hard to make money playing music that everyone is too busy making ends meet. Another big problem is too many songwriters.

The future belongs to the young who still believe they have promise. Once they get to the future they will say, ‘this is it?!’ Not all it’s cracked up to be.

For me? Less chopping, shopping and dishwashing. And a larger audience and more acclaim. But not too much. I’m not greedy. For the world at large I dare not indulge in those kinds of fantasy. The law of unintended consequences and all that.

What are the lines that connect the legacy of Blues with Roots Rock and continue to Gospel and Indie/Punk?

An emphasis on telling your personal truth rather than trying to entertain. In the present those priorities are commonly reversed.

What has made you laugh lately and what touched (emotionally) you from the current music circuits?

When I put out the Agnostic Gospel record in 2013 it was gratifying to hear from people who I didn’t know or hadn’t encountered in years. Many of them thanked me for keepin’ on. I am touched by that. Some of them even wrote a check. As for laughing, not much. What passes for comedy is usually too pathetic to be amusing. 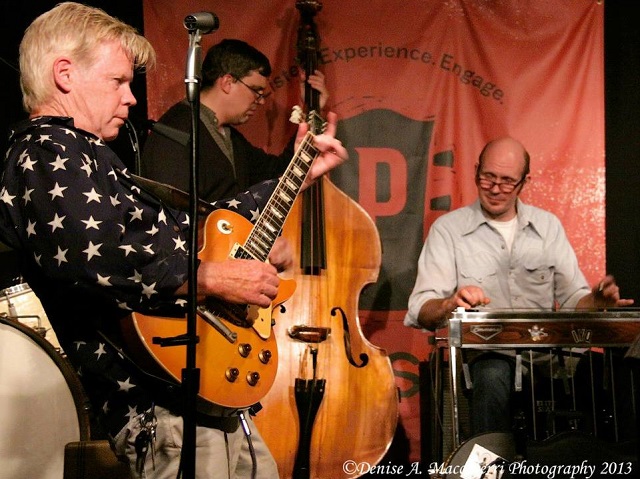 "One thing I miss is the fact that it is nearly impossible to hold a band together. It has gotten so hard to make money playing music that everyone is too busy making ends meet."

Hard to forget opening for Bob Dylan for a week in New York. He was in a very down period and would sneak into the venue in the guise of a homeless person. As his girlfriend at the time said, ‘Bob doesn’t have a lot of joy in his life’. He had lost the plot. Many in the crowd walked out on him and told us we were better. Which during those performances was the truth. I don’t often revisit the past for fear that it will hold me back in what I want to do now.

What is the impact of Blues, Roots Rock and Gospel to the racial and socio-cultural implications?

American culture as we know it would not exist without the attempt to deal with the collision of the descendants of African slaves and those of white Europeans. It has taken a long time for the latter to deal with that fact that all men are created equal and the implications of that statement. Change can happen quickly but evolution is often very slow and we are not patient.

For the purpose of this article I would say The Plough and Stars bar on Mass Ave in Cambridge Massachusetts on a Thursday night in the Spring of 1986. Felt like I was sittin’ on top of the world. 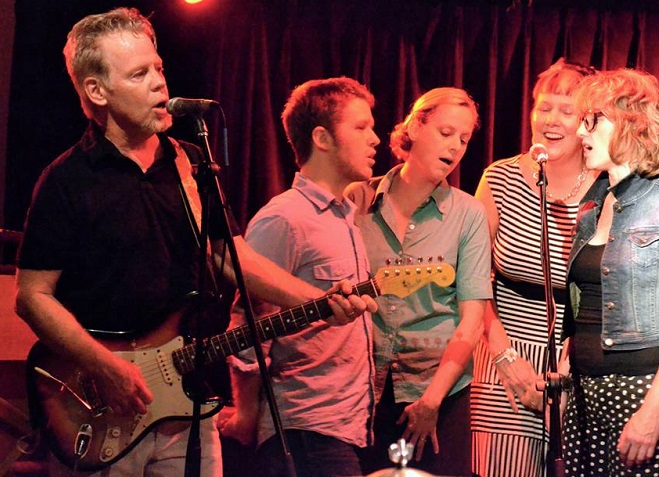