Interview with virtuoso of harmonica Peter Madcat Ruth, one of the most versatile musicians in the world

"The harmonica is directly connected to the breath. Of all the instruments, Harmonica is the closest to the human voice. Muddy Waters called the harmonica 'The Mother of the Band'."

Peter Madcat Ruth is a Grammy Award-winning virtuoso harmonica player based out of Ann Arbor, Michigan. But Madcat doesn't just play blues harp: he also sings and plays ukulele, guitar, high-hat, jaw-harp, penny-whistle, kalimba, banjo and other folk instruments from around the world. He has established an international reputation through his exhilarating, riveting virtuosity on the harmonica. His expertise on this instrument has amazed audiences world-wide. He is equally at home playing blues, folk music, jazz, country, or rock and roll. 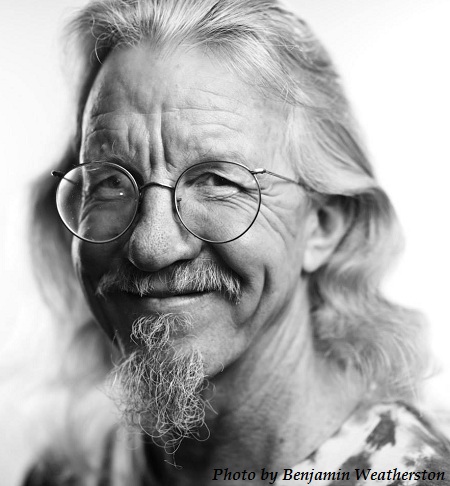 Madcat's music has been evolving for over 50 years. It started in the Chicago area in the early 1960's, with Madcat playing folk/blues on guitar and harmonica. By the late 60's he had immersed himself in the Chicago Blues and was studying harmonica with Big Walter Horton. In the early 70's Madcat moved to Ann Arbor, Michigan where he was a key presence in two of Ann Arbor's finest progressive rock bands: New Heavenly Blue and Sky King. By the mid 70's Madcat was touring the world with jazz pianist Dave Brubeck. In the 80's, Madcat went solo infusing the folk/blues tradition with elements of rock and jazz. In 1990, Madcat teamed up with guitarist/singer Shari Kane to form the duo Madcat & Kane. For the past twenty three years they have been touring nationally and internationally. And In 1998 Madcat teamed up with Chris Brubeck to form Triple Play and also started performing with Big Joe Manfra in Brazil.

Madcat's experience is extensive. He has been an invited guest performer at many harmonica festivals in North America, South America, Europe and Asia. His harmonica playing is heard on over 100 CDs and LPs. National television and radio appearances, symphony orchestra performances, radio and television advertisements, and harmonica workshops all attest to Madcat's reputation as one of the best and most versatile harmonica players in the world.

When I started listening to blues it was the most “real” music I had ever heard.  Willie Dixon said: “Blues are the facts of life”.

How do you describe Madcat’s sound and progress, what characterize your music philosophy?

Most of the harmonica players of my generation became interested first in Rock and Roll music, and then were drawn into Electric Blues music. But my path was different. I was first interested in folk music which lead me to Acoustic Blues which then lead me to Electric Blues.  Another huge difference is that I listened only to Sonny Terry for the first few years I played harmonica. Then later I listened to Jr. Wells, Little Walter, Big Walter Horton, Sonny Boy Williamson, James Cotton, Paul Butterfield, Slim Harpo and everyone else. 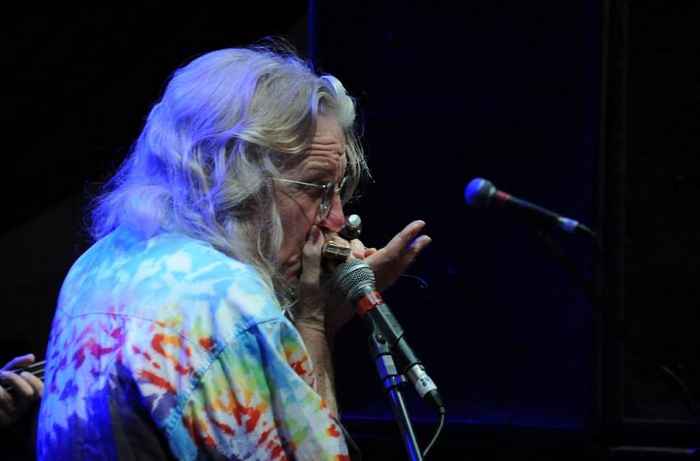 The worst period of my life was in the late 1980s. For a couple of years I tried to keep a band together which had some very some very talented musicians, but they had very difficult personalities. I learned my lesson. After that I will only play music with people that are easy to get along with.

There have been many great jams in my life. One of the best was when Howard Levy and Sugar Blue both came to sit in with my band in Chicago. While performing with Dave Brubeck world-wide, there were many memorable gigs. 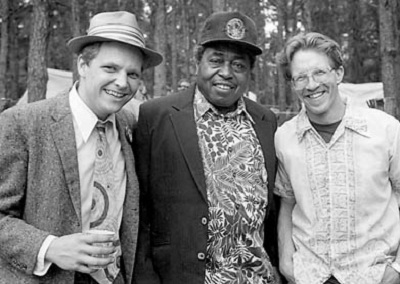 Meeting and Taking 3 harmonica lessons from Big Walter Horton was life-changing…  Meeting Chris Brubeck in 1968 was also a life changing meeting. We continue to make music together forty five years later…  And touring with Dave Brubeck world-wide for four years was an amazing experience. Also getting a chance to record and perform with Yank Rachell and Johnny Shines was amazing since these guys were such amazing blues musicians.

Do you remember anything funny from Big Walter Horton and the famous bars on Chicago's South Side?

When I lived in Chicago I was too young to get into the blues bars in Chicago. The drinking age at that time was 21. I did, however, get to go to the Regal Theater in Chicago to see some fabulous Soul Music shows. That’s where I saw James Brown, Jr. Walker and the All Stars, and Otis Redding. And The University Of Chicago had some great Acoustic Blues concerts. That's where I saw Mississippi John Hurt, Mississippi Fred McDowell, Big Joe Williams, Sleepy John Estes, Yank Rachell, Robert Pete Williams, etc.

Right after my 21st Birthday I moved to Ann Arbor Michigan where I still live. Ann Arbor had a great bar called the Blind Pig which booked great blues shows. So it was there that I got to hear J.B. Hutto, Roosevelt Sykes, Mighty Joe Young and Junior Wells, and it was there I got to jam with Big Walter Horton and Johnny Shines. The two guys who started the Blind Pig Cafe, later sold it and started Blind Pig Records and moved to San Francisco, California.

What’s been your experience from the Maxwell Street? Are there any memories which you’d like to share with us?

In the 1960s I went to the Maxwell Street 5 or 6 times every year.  It was an amazing place where anything could be bought or sold, but mostly it was all cheap goods or used items. And during the warmer months of the year there was always music on the street: blues bands, gospel groups, and sometimes Mexican bands, or polka bands. I especially remember hearing Big John Wrencher, and Blind Arvella Gray.

You have traveling around the world from North to South America, Europe and Asia. What are your conclusions? 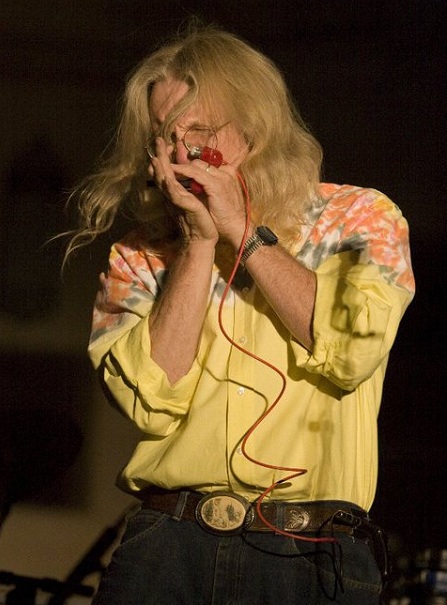 People all over the world love American Roots Music: Blues, Jazz, and Rock and Roll. (So do I.)

"There is definitely real blues still being played. And there is excellent quality blues being played all over the world."

The great Blues Bands in the 1960s like Howlin' Wolf, and Muddy Waters, played at very reasonable volume levels. It wasn't until the 1970s and 1980s that the volume got a lot louder.

The harmonica is directly connected to the breath. Of all the instruments, Harmonica is the closest to the human voice. Muddy Waters called the harmonica “The Mother of the Band”.

What are the lines that connect the legacy of Blues with Rock and continue to Jazz and music?

Blues and Jazz are all about improvisation. Taking tradition and then expanding on it.

There is definitely real blues still being played. And there is excellent quality blues being played all over the world. Music business is always changing. Right now it is much easier to record music but much harder to make any money making music. 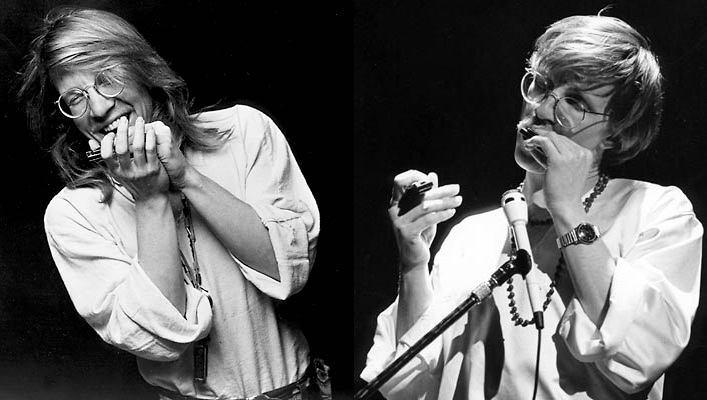 "When I started listening to blues it was the most “real” music I had ever heard.  Willie Dixon said: 'Blues are the facts of life'."

OR In Honeyboy Edwards’ book, The World Don’t Owe Me Nothin’, he says that one night he did a gig with Big Walter Horton and Sonny Boy Williamson II… I wish I could have heard that trio that one night.