"Music has the amazing power to unite people. Why not use that power to accomplish something good?"

Jim Gustin: The Truth of Blues

Jim Gustin is a singer, songwriter, guitarist, and performer from Santa Clarita, California. He has a distinctive, powerful voice; soulful and blue with smoky rasp, he is a passionate and energetic performer. His many varied influences are evident as he crosses from blues to country to rock and roll. He is also a very solid guitarist with great tone and a funky feel. His debut CD is called, “Can’t Shed a Tear” by Jim Gustin and Truth Jones. The album was produced by rock and blues legend Terry Wilson.

In addition to the versatile and talented Truth Jones band, it includes guest appearances from Terry Wilson, Teresa James and John “Rabbitt” Bundrick. Truth Jones consists of Jeri Goldenhar, who has been singing since she was a little girl, although at over six feet tall, it’s hard to imagine her as a knee high, little red-headed child. She can belt out gospel and soul rarely heard from suburban white girls. 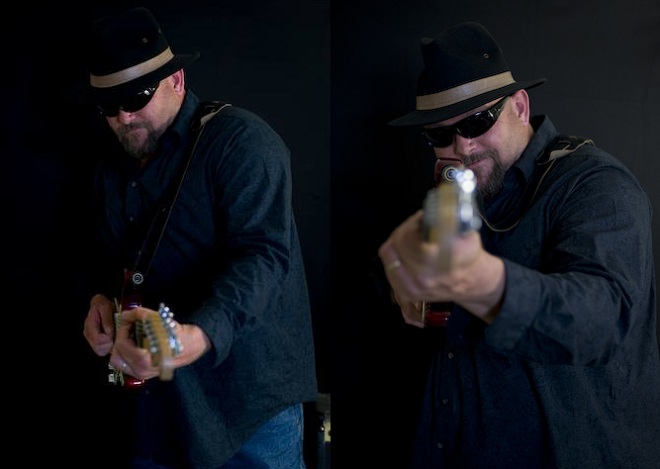 Flashy, gunslinger, Chris Baurer, like Jim, is also a veteran of the 80’s Hollywood scene as are Burke Greer and Jim Sipotz. Chris ensures that things never get too mellow by adding a little lightning to the mix, while Burke and Jim lay down a steady groove. Blend in Chuck Goldenhar on harmonica, some keyboards; maybe some horns and you can begin to see all the possibilities.

The Truth have played at lots of parties and celebrations, dozens of clubs, sports bars, wine bars, beer bars, events at Magic Mountain, and we even played in the Staples center prior to an LA Kings hockey game. Also have played benefits to support The Hunger Defense Fund, Help the Children, Susan G, Komen Breast Cancer Foundation, and the Santa Clarita Sheriff’s toy drive and many other charity benefits.

How do you describe Jim Gustin sound and progress, what characterize “Truth Jones”philosophy?

Blues, with a little rock and country added for flavor, all of my influences coming together. Our philosophy is to make music that people can relate to.

My wife is always triggering song ideas, a few years ago our son died suddenly, it was brutal. A few of the songs on this album were born out of that experience. 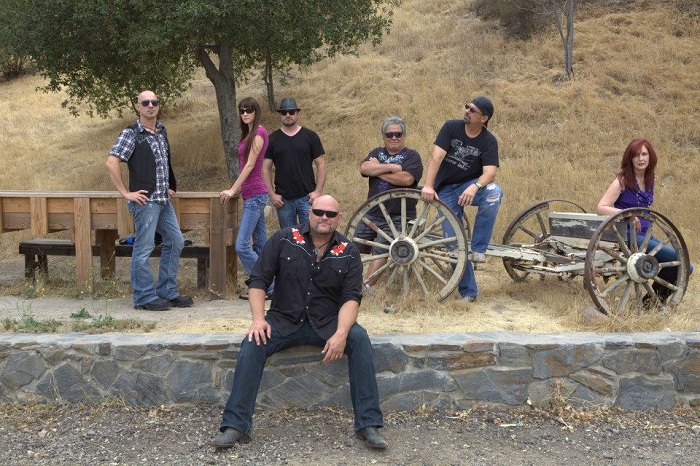 "Truth is...True; there cannot be different versions of the truth. One truth. Music is..a gift from God. God is a big music fan, and I bet he shreds on the guitar!"

I’ve heard it said that “The blues aint nothing but a good man feelin bad”.  I can act a bit stoic at times; blues provides means to share my feelings when I would otherwise keep it all inside.

Right now is the most interesting time! It’s the only time I can do anything about. The past is gone and who knows about tomorrow. Now is also the best time. I’m playing with great players who are also really good friends. The worst moment came following my 30th birthday. I had told myself if I had not “made it” in the music business by the time I was 30, I would give up. I quit playing music for a couple years, until I realized I couldn’t live without it.

Why did you think that the Southern Rock and Blues music continues to generate such a devoted following?

Southern rock combines blues with rock and country, it can be very fun music or it can tell a sad story, it is easily relatable and without pretense.  It is regular music for regular folks. 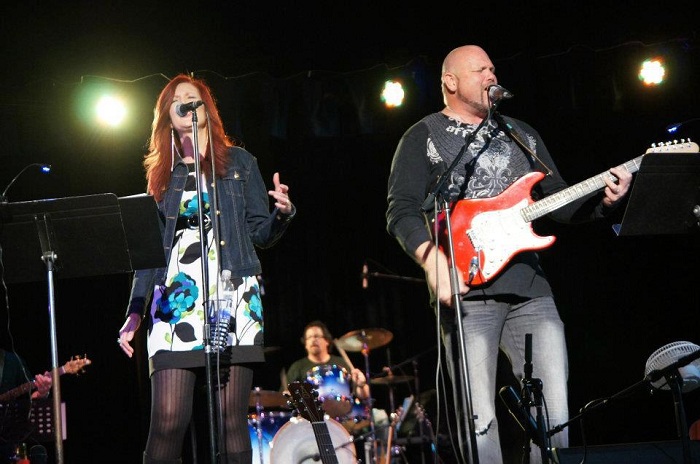 The best advice is, “Don’t do things that you are going to regret”. It sounds so simple, yet if only I had learned to follow that advice in my younger days, I could have saved myself and others lots of pain.

I love jams, and attend them frequently. There is a weekly jam here at a place called the VU, in Santa Clarita California where I live. It is the greatest jam I’ve ever been to. They have a 4 piece horn section, all of the players are top notch and there is a real spirit of community and support, not one of competition. My first gig ever on guitar was at the Los Angeles Sports Arena in front of 10,000 people. I was 18 and I’ll never forget it.

When I met my lovely bride of course! (She’s probably going to read this, what else can I say?) The best advice is, “Don’t do things that you are going to regret”. It sounds so simple, yet if only I had learned to follow that advice in my younger days, I could have saved myself and others lots of pain.

My producer Terry Wilson and I argued all the time we were recording. Which is precisely why I hired him, I wanted somebody to push me in directions that I would not have gone otherwise. Sometimes I would win and other times he would prevail, but I truly believe that in every case we made the right decision.

What do you miss most nowadays from the? What are your hopes and fears for the future of music? 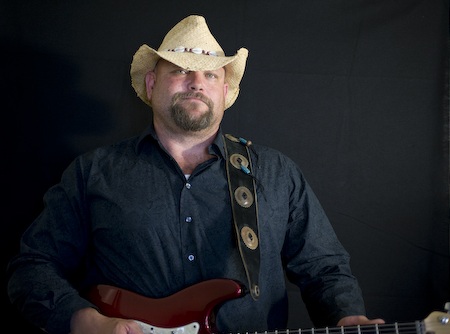 I love the way that all of the musical genres have influenced one another. However, I do fear for the blues, because it is the root from which rock and country and jazz have grown out of, it can easily be swallowed up by its offspring genres. The blues purists in America fight to prevent this, but ultimately, it stifles creativity and diversity in the genre. Blues music in America has an aging fan base. It is difficult for new blues artists to get radio airplay. What few blues stations there are, rarely play new blues music, opting instead to live in a state of perpetual nostalgia.

The blues in the 40s, 50s and 60s is great, but if you continue to carry on as if BB King was the last real blues artist, then when BB dies so will the music! My fear is that without promoting new artists and making new fans the genre will become irrelevant as the old blues fans die off.

You are also known of your work with several charitable and social projects like Hunger Defense Fund, Help the Children, Komen Breast Cancer Foundation etc. What is the relation between music and activism?

Music has the amazing power to unite people. Why not use that power to accomplish something good? We have been able to help raise more money and help more people though our music than we ever could have using our own financial resources.

What are the lines that connect the legacy of Blues with Soul and continue to Southern Rock and Country music?

Real stories about real life, which people can relate to, are the key. Pop songs about partying and love songs are great, but when the struggles of life come around, you need some blues or country to see you through. The similarities both in the words and in the song structures of country and blues are unmistakable. The apple did not fall too far from the tree. "Southern rock combines blues with rock and country, it can be very fun music or it can tell a sad story, it is easily relatable and without pretense. It is regular music for regular folks."

I love today! The uncertainty, mystery and brevity of it make it special. Okay, I would have like to have seen Hendrix or Stevie Ray Vaughan play.

Happiness is…Hearing little kids singing one of my songs.

California is…beautiful, yet really screwed up.

God is…everything to me!

Truth is…True; there cannot be different versions of the truth. One truth.

Music is…a gift from God. God is a big music fan, and I bet he shreds on the guitar!