"Blues Music has the power to connect people. Now it just depend from people."

Henry Carpaneto is one of the most popular Italian pianists working today. But his popularity isn’t only on a national level. He regularly participates and performs in the most important events and festivals across Europe and in the United States (most recently he appeared in New Orleans Jazz Festival and The Blues Memphis Awards). It was from this last tour that the recording project “Voodoo Boogie,” which was co-produced with the New Orleans Bluesman Bryan Lee, was born. Recorded in New Orleans with Lee, London with Otis Grand and Tony Coleman and mixed, mastered and released in Leivi, Italy by Raffaele Abbate at OrangHomeRecords, Voodoo Boogie is truly an international album. The collaborations of Henry Carpaneto include Renato “Guitar Ray” Scognamiglio, Fabio Treves, Paolo Bonfanti, Umberto Porcaro, Nima Marie, Otis Grand, Jerry Portnoy, Deitra Farr, Lea Gilmore, Big Pete Pearson, Keith Dunn, Sonny Rhodes, and Paul Reddick. 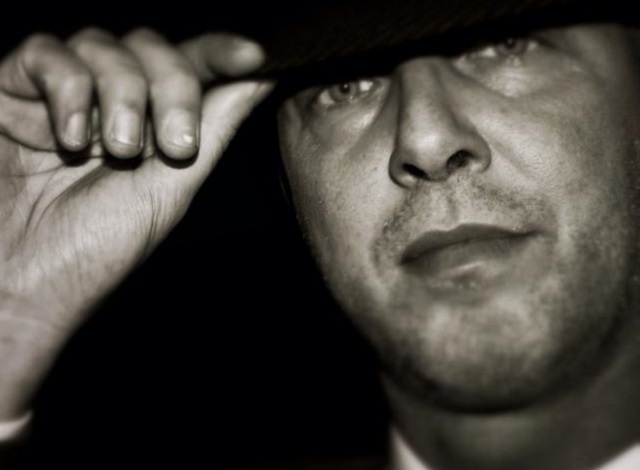 Voodoo Boogie (2014) is the title of the first solo album by Henry Carpaneto. Twelve tracks of piano blues, where Carpaneto shows the maturity of a true leader without ever being invasive or losing his great sense of style. The project started three years ago during an American tour with Bryan Lee. At the end of the tour Lee decided to go into the studio and record “piano, voice and guitar” in New Orleans with Henry. Two years passed without finishing the project. Lee decided to entrust the recordings to Henry and the production of the album continued in Italy. Before the completion of the album came a proposal from another important name in the Blues world and the career of Carpaneto, the great Otis Grand. Otis is a special guest on three of the pieces on the album, but not only that. His enthusiasm for the work also got his friend Tony Coleman, a drummer who has worked with BB King, to play on the album as well. With the addition of these two other world-class musicians the relevance of Voodoo Boogie grew and was assured to have an even greater impact on an international audience.

Photos by June Viendalmare and Gessica Puri / All Right Reserved

What do you learn about yourself from the blues culture and what does Woogie Boogie mean to you?

Playing the Blues for a European musician is kind of weird... But not impossible. We don't have all the music culture that Americans do, we didn't have all that sufferance that black people had. Step by step though, with a lot of passion, hard work and practice, European musicians got to a very good level. Especially Italians. I learned that Blues is a damn serious thing and I took it seriously. I learned that if you work hard probably you'll make it... but that's a rule of life. Blues is life and you got to live it.

Boogie Woogie is an art form. Once Bryan Lee told me... You're doing more than just playing it. You're maintaining this art form alive. Boogie Woogie is happiness, rhythm, people dancing and smiling and... Left hand!!!

What were the reasons that you started the Blues researches? What characterize your sound and songbook?

Unfortunately I started with the Blues very late in my twenties. At that time I didn't know what Blues music was, but I was fascinated when, once in a while, during some TV commercial, they played a kind of music that was new to me and so damn powerful. The movie "The Blues Brothers" gave me the start with the research and since that everything was clear. I take my inspiration from the black masters. Otis Spann, Pinetop Perkins, Johnny Johnson, Sunnyland Slim, early Ray Charles, Pete Johnson, James booker. I love Dr. John style and that is actually my new direction for the "new" but with an eye always on those masters that inspire me all the time. 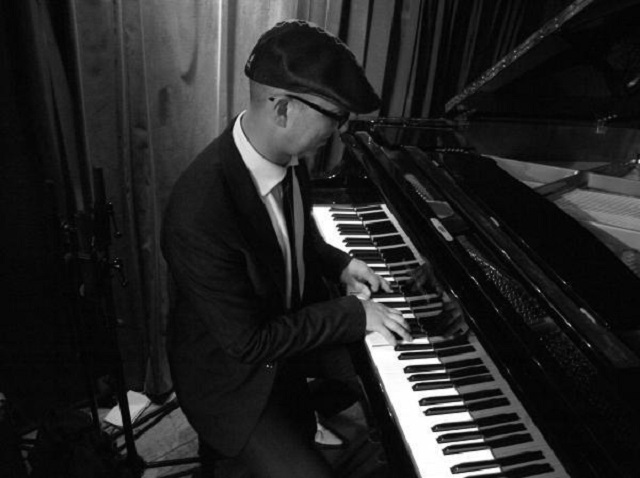 "What I really miss is the possibility to see performing live all those guys that passed away. I just had the chance to see BB King and he blow me away. I wish I could have listened to Albert Collins and Albert King."

Without any doubt the great guitar player Otis Grand. As soon as I got in touch with him, he gave me the right material to work on, and put me on the right direction to follow. He teaches me how to back him during all these years (actually I've been playing with him for 15 years). Once he told me: "Don't play notes, play feeling". It's kinda hard to explain, but that is exactly what I try to do all the time.

Each tour has got a lot of important moments. Way too many! But there's one that is in my heart. I was in the studio in New Orleans with Bryan Lee for the recording that later became my own cd "Voodoo Boogie" and Bryan wanted me to play a slow Blues with a Memphis Slim feeling. He gave me a record to listen to and after a while I tried to play it but the result didn't satisfy me. I went back and forth for three four times to listen again to the Memphis Slim song and after three four takes I went to sound engineer asking to listen again to what I recorded. He played it and I told him:" Sorry man I don't want to listen to Memphis Slim again..." And he replied:" This is you, man!"... That was a very nice sensation...

What I really miss is the possibility to see performing live all those guys that passed away. I just had the chance to see BB King and he blow me away. I wish I could have listened to Albert Collins and Albert King. For the future I hope that there always be the respect that deserve for authentic Blues music and that musician will work hard to play it the right way and not just because it's cool to say "I play Blues" "I learned that Blues is a damn serious thing and I took it seriously. I learned that if you work hard probably you'll make it... but that's a rule of life. Blues is life and you got to live it."

In my opinion this is a culture question. I'd give music a real chance as an art form. We need to start from the beginning. Schools. The most of music teachers are not musicians. The result is that pupils can't get the real meaning of making music, like sharing emotions with people, being communicative, trying to express yourself through music.

The summer is the best period. Even if with the economic crisis many festivals close down. The gigs offer is very low in my country.

What are the lines that connect the legacy of Blues and Woogie Boogie from United States and UK to Italy?

There's just one line. Keep it alive! It doesn't matter if it comes from USA, UK or even Italy. If it is good....let the good rolls!

What are the differences: European and American scene? What touched (emotionally) you from Italian scene?

I don't think there are some many difference. I've had the privilege to play the New Orleans Jazz festival. That is one of the biggest festivals in the world and I sow the care that organizers put in what they do. I even sow areas for deaf people, in a music festival. That really impressed me. But I played big festivals also in Europe. The love, passion of people who are involved is the same. I think that the main difference is that Blues were born in USA and that has been exported in Europe. Thanks to internet nowadays all the material can be found. Just twenty years ago you had to go there and buy a lot of cds.

What is the impact of Blues -and New Orleans- music and culture to the racial and socio-cultural implications? 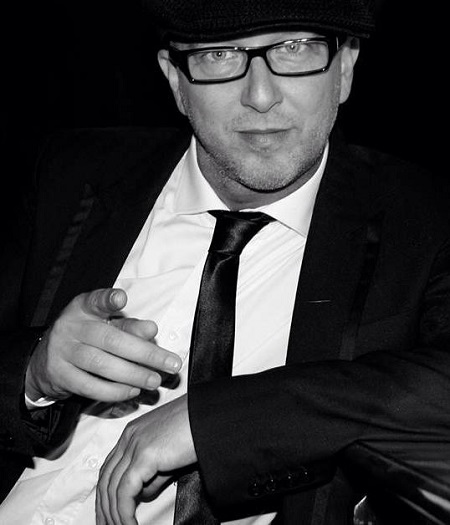 Nowadays more and more "white" people like the Blues (and the number is growing up) and make them understand what really happen to "black" people. Blues Music has the power to connect people. Now it just depend from people. The racism is very difficult to defeat! "The south is still the south" ...once an old "black" guy told me. I remember I was in Mississippi on 2012 and I could see white and black people walking on different side walk. Fortunately this is mainly an American thing. In my opinion in Europe is less strong.

Chicago in the fifties/sixties Maxwell street because I was told that the atmosphere was really incredible.