"America is birthplace of the blues, indigenous music never goes waste, and always will be fan, if you look carefully, you will notice that the blues is a form of Indigenous music, without a doubt..."

Daryosh Shiri Aghghaleh was born in 1975 Tehran, Iran; but now lives in Karaj, near Tehran. He loved the guitar, but it was not easy to buy a musical instrument, especially guitar, because he did not have enough money finally started learning guitar at the age of 21, after that, he was able to buy a guitar. First of all, he studied classical guitar; playing with fingers, parts such as “Andrés Segovia” by “Isaac Albeniz” or “Ottmar Liebert” and “Romance” … he had a lot of energy to learn. Then, he provided the necessary information to play the guitar by the pick. 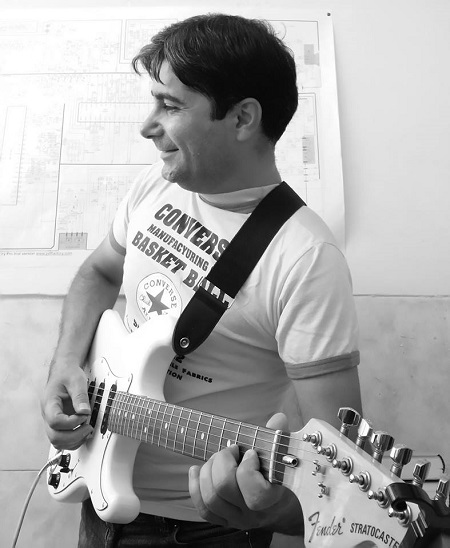 Daryosh never forget; when went to the market to buy a guitar effects, was very happy and exult “I wanted to back home as soon as and connected it to my guitar”. How much of human life passes quickly. Anyway, trying to uncover details of the steps, major minor, Blues was difficult because, it was not a good teacher, good guitar was expensive, tape that was the only way to learn; listened to a tape so much, to extract the musical notes, after a while, the tape could not be used; it had broken down due to excessive ear. Daryosh was a research concern, an intellectual project, he did a study. He would try to do work consolidated, with Persian poetry like “Rumi, Shams Tabrizi”. He love music too much, just do it, but currently he working in another profession, Electronic Services, he’s graduated in electronics. Daryosh Shiri had interested in Persian poetry, world history, and characters affecting industrial revolution in Europe. Scientific research shows that these, people interested in a particular musical style, are written based on DNA genes: Blues, Rock n' Roll, and Rock. He has affected by: Jimi Hendrix, Chuck Berry, BB King, David Gilmour, Mark Knopfler, Jeff Beck, Eric Clapton, and Stevie Ray Vaughan.

When was your first desire to become involved in the blues rock music? What characterize your music philosophy?

If you let me, I want to go back to the old time, when I was a child, I heard Western music in my family, my big brother, he has gone to the mercy of God, he listened to PINK FLOYD, ELOY, ERIC CLAPTON, and others… and I could hear, after that, gradually I interested to Western music, later I met the "blues". When I started to learn the guitar is going for about “twenty” years not permanently. I still do not have my own band. Music is a physiological need, spiritual, physical, emotional, social and psychological human, and there by man finds a peace of mind, as people have their basic needs such as hunger, thirst and give a good response and reasonable must find notable for their souls to find peace of mind. According to many psychologists and psychiatrists, music can supply the needs of the human spirit, the music great impact on the mental and emotional elements of human spirit and leaves.

The first successful and popular songs for stars such as Elvis Presley and Jerry Lee Lewis in 1950 followed the chord progression and lyrical patterns in the standard “twelve”. The main beat of blues, rhythm is played three quarters. However, the speed of the beat that made the Blues features rock and roll, finally a huge part of pop music, fills rock and roll and Blues continue to market their small and satisfied. I think Blues music is complicated and difficult to define. Blues is a matching with my inner feelings and through its techniques, bend, pull off… introducing myself to people. And it is a very serious, coming out of the heart. The blues musicians show their joy and discomfort with blues style. "Western music and eastern music are totally different. There is no resemblance at first sight, but then, for that, The Blues is native America music, if we change some of the notes in Iranian traditional music, its similar to the Blues."

America is birthplace of the blues, indigenous music never goes waste, and always will be fan, if you look carefully, you will notice that the blues is a form of Indigenous music, without a doubt “Blues” had the most influence on his later styles, like Rock n' Roll, Rock, and even Pop music, Blues is core of these styles.

Are there any memories from Blues/ Rock & Jazz shows in Iran which you’d like to share with us?

What is clear is that a new form of music in our country today, her voice can be heard from basements, not orchestras. Western blues rock and other styles are not permitted to work banned in Iran, you must obtain regulatory approval, and it’s very uncomfortable. I've seen that some rock bands in Iran who are working illegally at a concert, concerts have been prevented by the police, live by the police stopped, it is very uncomfortable.

I'm nostalgic, because could not see old bands performance. In the second part of your question, I'm hoping to be successful in music, I give a little explanation man is always afraid of things that never happen, most of the things that we're afraid of them, does not happen, “fear prevents human progress” I try to live in the present  and hope to the future. While not change two things in the world, there will be no peace in the world. 1st: Just be a child's first eight years 2nd: The world of work is based on knowledge and truth and compassion.

If I could, I would try to create big concerts to benefit the poor and the sick people. 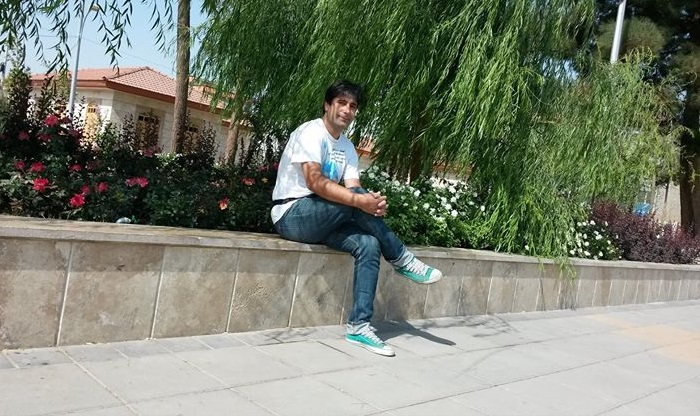 "Music is a physiological need, spiritual, physical, emotional, social and psychological human, and there by man finds a peace of mind, as people have their basic needs such as hunger, thirst and give a good response and reasonable must find notable for their souls to find peace of mind."

Make an account of the case of the Blues Rock in Iran. Which is the most interesting period in local scene?

As I said, Western music especially rock and blues in Iran are Illegal, at least for now. Why? I don’t know why , if you ask, they say (government) there is no why, more Iranian groups go to the north of Iran to the concert. 2nd: If such events occur, inside Iran, the experience will be very happy, especially if it's going to happen in “Persepolis” Other, it was memorable. I would love to see one day “Roger Waters & David Gilmour” when running, the "Echoes" in live performance at “Persepolis” Iran

What are the lines that connect the legacy of Blues, Rock and Jazz from United States and UK to Iran?

1st: Combining traditional style and rock by some Iranian groups.

2nd: Playing with Persian language, used the nasty terminology in between the original text, must be very careful to understand.  Them, I do not know how can I explain.

From the musical point of view are there any similarities between the blues with any folk Iranian music?

Western music and eastern music are totally different. There is no resemblance at first sight, but then, for that, The Blues is “native” America music, if we change some of the notes in “Iranian traditional music”, its similar to the “Blues”. Please note, we just have to remove “Re”(D) of  “Do- Re – Mi – Fa” (C-D-E-F)

What was the relation between East and West music? 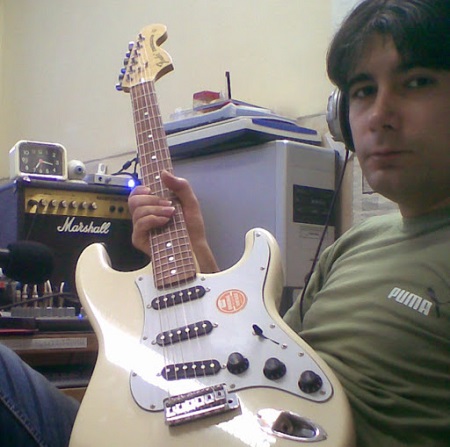 If we pay attention to the music of Asia, the music is generally considered a part of the lives of people that is going on in their lives but in Europe it is not the art of living apart.

There is no doubt that music of Iran and Western music are quite different, because these two types of music born of the cultures that have different schema, and at some point, a totally contradict each other, to understand these differences and how to approach it, It is essential to recognize that the first two types of music and accurately described; then the similarities and differences in this two kind of music, knowing your audience and puts on display.

If I could, I would go to America during the 50s and I used to experience of blues musicians.