"Music is an aid that helps me as I proclaim what I believe to be the most important information on the planet."

Freddie Stone, born Frederick Jerome Stewart, grew up in Vallejo, Ca. From an early age, he and his siblings were involved in music as The Stewart Four, singing in various churches all over the Bay Area. After graduating high school, Freddie moved to San Francisco in 1965 and formed his own band – Freddie and the Stone Souls. He and his band played top 40 hits in nightclubs, dances and private parties. In 1967, Freddie and his older brother, Sly, decided to join their bands and Sly & The Family Stone was born. Original members included Sly, Freddie & Rose Stone, Cynthia Robinson, Gregg Errico, Jerry Martini, and Larry Graham. The group recorded five Billboard Hot 100 hits and four ground-breaking albums, which greatly influenced the sound of American Pop music, Soul, R&B, Funk and Hip-Hop forever. 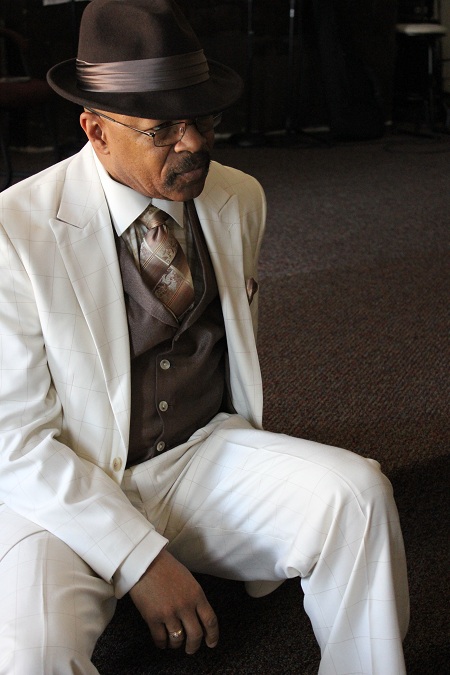 In 1993, Sly & the Family Stone received the great honor of being inducted into the Rock & Roll Hall of Fame. The Rhythm & Blues Foundation honored the group with the Pioneer Award in 2001. At the 48th Annual Grammy Awards in 2006, Sly & the Family Stone was paid tribute for their innovative sound and incredible contribution to music. As a musician, songwriter and producer, Freddie Stone has written songs for his sister, Rose, brother, Sly, Larry Graham and Carlos Santana. He is credited for his arrangement of songs on the 1995 release of the Promise Keepers album. He has worked with The Temptations, Billy Preston, Bobby Freeman and more, including a collaboration with the Nappy Roots for the Ladykillers soundtrack. In 1994, Freddie Stone became Pastor Frederick Stewart at Evangelist Temple Fellowship Center in his hometown of Vallejo, Ca. In 2000, he released his first Contemporary Gospel album titled, “Everywhere You Are.” The album was recently re-released with the new title, “Right Now,” (2012). These days, Freddie is enjoying his life with his family, spending time in the studio working on a sophomore album, and continues to spread the Gospel through message and song.

How do you describe Freddie Stone sound and progress, what characterize Pastor Frederick Stewart philosophy?

What we play is sound and the parts that I thought up and some of the solos weren’t looked at as a musical line. Let me put it like this, basically what it is that I look at music as sound, and what I would play, there’s some parts that I play even today that most guitarists don’t play and that’s because they’ve learned to play the guitar like most of the books says you ought to play the guitar and I larded to play my guitar by thinking of sound. There are sounds that I hear, I play them. It doesn’t matter if it’s a guitar rift or piano rift, base line, horn line it had to do with sound and what was needed. I don’t know if that explains it well. I’d probably have to show you.

Worst moment of my career was when I was on stage and realized that I don’t wanna do this anymore. Reality seemed to slip in. I was playing a song and I realized all of a sudden, how out of key everybody was and it seemed like nobody could tell it. People in the audience were holding up weed asking us if we wanted some more weed. We were all loaded and when I came down, I realized that we were all playing off key and when that happened I just said I’m done, I’m through. "My hope is that music continues to be diverse. My fear is that people will start to try and control it like the government tries to control everything else."

Why did you think that Sly & the Family Stone music continues to generate such a devoted following?

Each musician brought a lot to the table. We were one of those kind of groups, and there were many, but we happened to be a group that came at the right time, had a right combination of musicians, black, white, girl. We broke at the right time. We were like a little United Nations. It was the heartbeat of the people but no group seemed to be able to pull it together. Because you got a girl playing trumpet, it’s not just a girl playing trumpet but what it represented for the ladies. It’s who we al represented. All the musicians were good but no one was the best musician, but playing together we were the best. We may not have been so good by ourselves but you couldn’t get seven other musicians that could handle it. Together we were a force to be reckoned with.

Do you remember anything funny from the recording and show time with Sly & the Family Stone? We had a lot of concerts that were sold out. So we would take random people who were in line and jam them in our limousine and get them in free. We did that a lot. It was always nice meeting new people and fans of the music.

There were 40 toilets for 500,000 people. (laughs) It was a mess. They didn’t expect that. We had to fly in because the traffic was backed up 20 miles. To me, Woodstock goes back to, like the group, what made the group what the group is. Why does the music continue? That’s why I look at Woodstock because I don’t care what you do, you ain’t gonna come close to doing anything like that, that happened then because they didn’t expect that. They weren’t working for that. They thought it was going to be a little thing. That’s the way I look at the group and why the music is still going on today. Truthfully, I ain’t got a clue. (laughs)

What are the differences and similarities between: a musician and a pastor? What is the God mission of music?

Music is an aid that helps me as I proclaim what I believe to be the most important information on the planet. 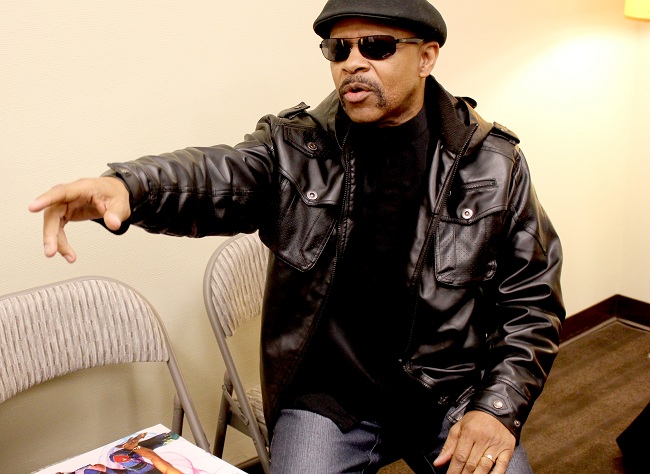 "I don’t have nightmares. My dream is just to keep on doing what I’m doing. Happiness is knowing what your purpose is; knowing who you are and why you are here."

My hope is that music continues to be diverse. My fear is that people will start to try and control it like the government tries to control everything else. (laughs)

What were the reasons in 60s that made San Francisco to be the center of music experiments and conquests?

Everything seemed to come out of there. Grateful Dead came out of there. Janis Joplin had a house out there. It’s a beautiful place. San Francisco has always been a culturally diverse and accepting city. It’s like the New York of the west. Always been innovative.

What are the lines that connect the legacy of Blues and Gospel with Soul and continue to Jazz and Funk music?

When people ask questions like that, I don’t know. I’ve never looked at it like that. They always wanna draw a line from Gospel to R&B but if you take our first album, A Whole New Thing, you couldn’t draw a line from there to any of that. That’s where we were. If they all had a line then there would be nothing to distinguish them. They’re all different forms of music and there’s no written rule saying that you have to be any one. We didn’t have any lines when we played, if we did, we definitely didn’t stay inside of them. There’s a compilation of different sounds on every album which is also why we’re still popular today. We did what we wanted to do. We played what we wanted to play. It was sound. 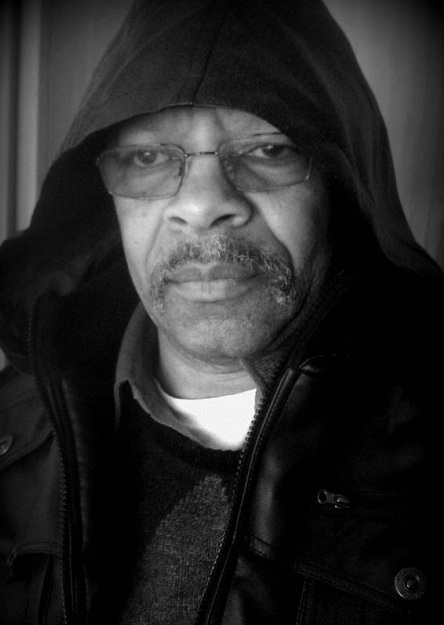 I probably would avoid taking that one hit (of cocaine) to make my headache go away because that lasted 10 years. They got this thing nowadays where they say “No regrets. No regrets because what you did then got you to where you are today.” But no, you can have regrets. I wish I could’ve done things different and still gotten here.

"The musician side opens a doors to reach more people which helps me as a pastor. It helps me become more sensitive to things and people."

My daddy told me, “Get out there and lay it on em’”. In other words, just do the best you can. Do the very best you can.

The day I walked into church to give my life to the Lord. Me, walking in the church.

Back in time around Any time between 65’, 66’ and 67’, the infancy stages of the group. There was a lot of fun there, carefree. Still working, still woodshedding, working towards something. Hadn’t gotten off on the wrong foot. Everything was still right there.

I don’t have nightmares. My dream is just to keep on doing what I’m doing.

Happiness is knowing what your purpose is; knowing who you are and why you are here. 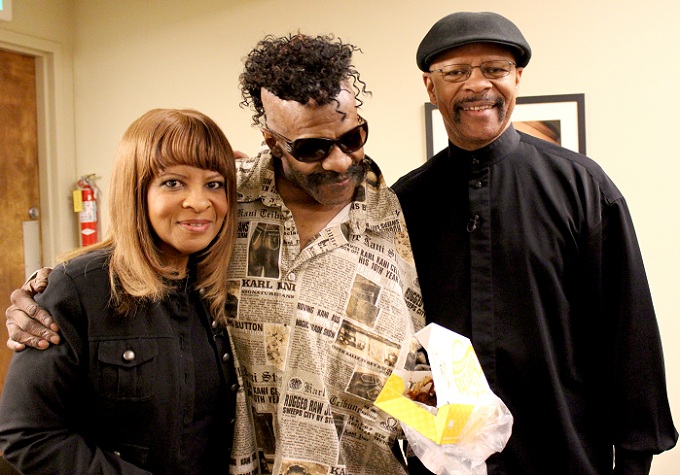