"The Blues from the past is still with us and that's a good thing, the future of music is going to be fine, people will always need and want real music even if it's not the most popular thing on the radio & TV." Neil’s guitarist credits include performances on stage or in the studio with Jimmy Dawkins, Popa Chubby, Chuck Berry, Lucky Peterson, Johnnie Johnson, Chambers Brothers, Papa John Creach, John Sebastian, Alabama Slim, Fred Chapellier, Billy Price, and others. He has always worked with some of the best backing Musicians in the Business, On the Road and in the Studio. He has performed in 21 countries at major festivals and venues including: Woodstck 20th anniversary, Antone's, and Montreux Jazz Festival. In the 1980's he was a regular on the Texas Blues scene opening shows for: Stevie Ray Vaughan, Albert King, Fabulous Thunderbirds, Johnny Copeland, Leon Russell, Paul Butterfield, Lonnie Mack, Sir Douglas Quintet, Savoy Brown, The Nighthawks, and many, many others.

In the 1990's he moved to New York City where quickly gained a reputation as a Top guitarist/performer/songwriter. In 2000, he headed to Mexico, where spent almost 3 years touring the "Hard Rock Cafe" circuit and performing Blues festivals there. During his time in Mexico, Neal recorded the critically acclaimed "DREAMS ARE FOR LOSERS". In 2004- 2011, he is currently living in the south of France , performing throughout Europe with his band "Neal Black & The Healers" and working as a producer, songwriter and guitarist with other artists.

The Blues is a great form of expression of the human condition it's a mutual feeling we all share even if we don't realize it.

Oh many Life experiences, Love, Loss, the thing that I enjoy most about songwriting is trying to relate or share a feeling I've experienced that others can relate to in my music. 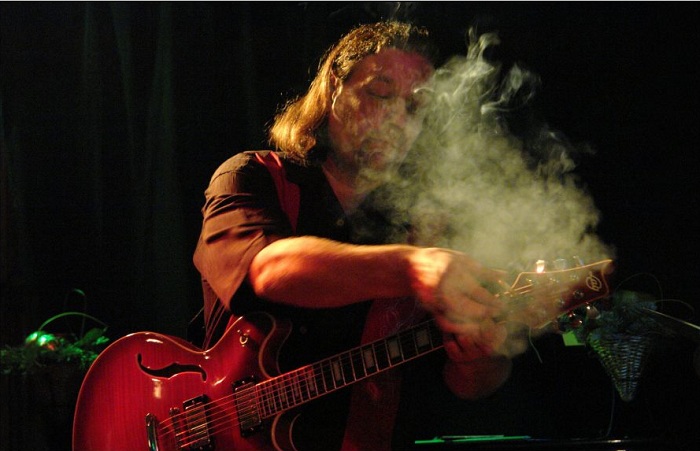 "The Blues is a great form of expression of the human condition it's a mutual feeling we all share even if we don't realize it."

How do you describe Neal Black sound and progress, what characterize your music philosophy?

Well I've never made a True Authentic Blues album but all of my music is very heavily influenced by Blues Music. There are many different colors to Blues Music and I try to use as many as possible in my sound and on my recordings.

Waking up tomorrow will always be an interesting experience in my life the best and worst moments of my career have not been seen yet.

Do you remember anything funny from the late Jimmy Dawkins? 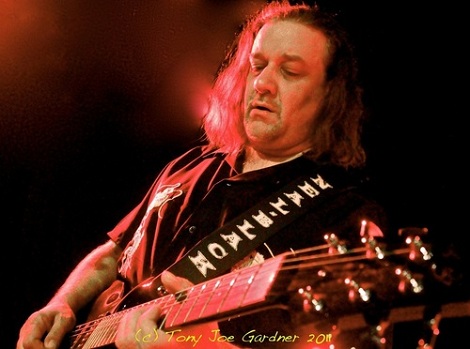 My first European Tour was with Jimmy Dawkins as his Bandleader it was a very educational experience he taught me a lot about playing Blues Guitar we shared a lot of good times together too traveling across Europe.

The Most memorable gigs were playing with the Chambers Brothers in Montreux Jazz Festival and with Papa John Creach at Woodstock 20th anniversary. Some of the The most memorable jams are playing every Sunday in New York City with Popa Chubby. Lots of great Musicians came out for that Jam Session.

It was a real pleasure to meet and record with John Sebastian (Loving Spoonful) and Dan Baird (Georgia Satellites) both of those guys have been big influences and musical heroes to me. The best advice ever given to me was from Albert King when we were the opening band for him in New York City he told me to slow down when I take my guitar solos.

What's been your experience from your studies at Southwest Guitar Conservatory under Jazz great musicians?

The experience there at Southwest Guitar conservatory opened me up to playing Guitar in a different way than most Blues guitarists the technique I learned there was based in Jazz but in my playing I try to make a fusion of that technique with more standard Blues guitar styles it creates a more original approach to my sound. 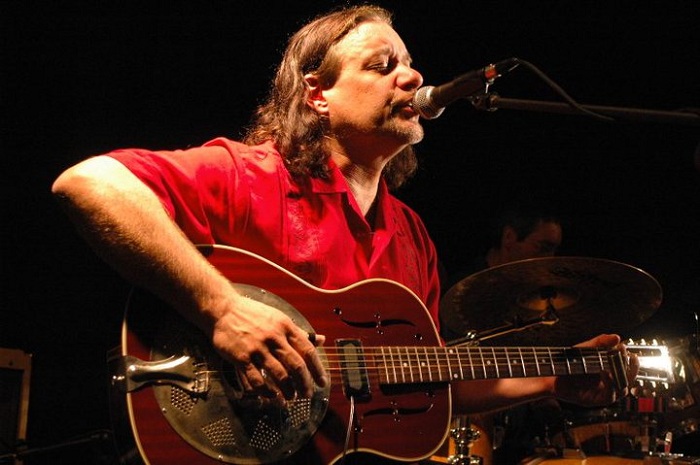 "I laugh about some of the Blues Critics who decide what is and what is not acceptable to them as Blues it's kind of a clique, they don't care what the audiences like."

The Blues from the past is still with us and that's a good thing, the future of music is going to be fine, people will always need and want real music even if it's not the most popular thing on the radio & TV.

Stevie Ray Vaughan & Johnny Copeland were 2 of the nicest guys you could ever meet they were humble generous and true souls I was very honored to work with them both Paul Butterfield was a cool cat  he asked me if he could play my guitar for one song of course I said YES !! Lonnie Mack was another really cool guy to meet and one of my Favorite Guitarists ever!!

What are the differences European audiences and USA?
European Audiences have a much greater appreciation of Blues / Jazz / Roots Music that's why more American Artists are coming here to Europe to perform.

Are there any memories from Mexico and the local blues scene which you’d like to share with us?

In Mexico I played Blues with Heavy Metal Musicians from the legendary Band CUCA & José Fors it was a great experience because it opened me up to a more Rock – Blues Sound. I'm touched emotionally by the audiences who keep coming out to the shows to listen to us on tour. I laugh about some of the Blues Critics who decide what is and what is not acceptable to them as Blues it's kind of a clique, they don't care what the audiences like.

Being where I am right now is fine with me I'm really enjoying being on the road, recording new music and playing concerts for the people that come out to hear us everynight.