Big Walter Smith, the Twin Cities bandleader affectionately known as the "Big Man of the Blues," died Tuesday at the age of 82 at his home in Minneapolis.

An Oklahoma native, Smith established himself as a performer before moving to Minneapolis in 1970, playing with Albert Collins and Albert King in the 1960s. Shortly after arriving in Minnesota, Smith met Shirley Schuldt, who would soon become both his wife and manager. He went on to front several local bands before solidifying the Groove Merchants in 1985. Both Prince and Jonny Lang joined Smith onstage early in their careers. 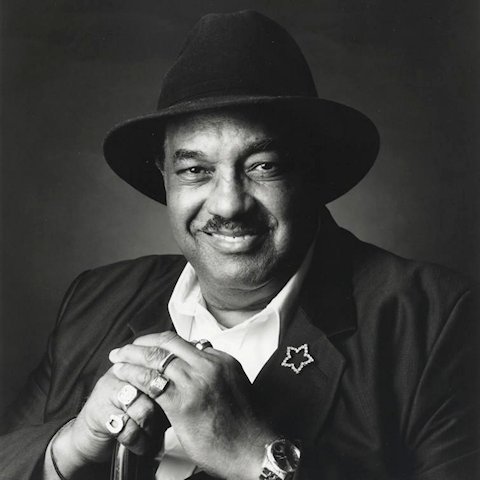 Smith quickly earned a reputation in the Twin Cities and was the first inductee in the Minnesota Blues Hall of Fame in 1988. He also claimed a faithful following in Duluth, where he was a mainstay of the annual Bayfront Blues Festival.

Earlier this summer, Smith was diagnosed with terminal pancreatic cancer, but continued to perform until he suffered a stroke at a gig in June. He died Tuesday from cancer and another stroke.

According to his website Big Walter Smith.com,  Big Walter’s music career began long before he landed in Minnesota. Born in Tulsa, Oklahoma in 1930. He moved to Kansas City, MO. where he met and helped a struggling Albert Collins becoming a life-long friend. He also worked parties with Albert King during the 1960s becoming a life-long friend with him also. He has shared stages with his other favorite’s B.B. King and Bobby Blue Bland, whom Big Walter cites as his chief early influences.

Big Walter moved to Minneapolis in 1970 at the invitation of his friend and past band mate Damon Lee. He met his wife and band manager, Shirley, two months later and they’ve been together ever since. Big Walter sang in Damon’s band The Antares for nearly two years at Papa Joe’s Northern Supper Club in Minneapolis. Big Walter has had several other bands, Cross Roads, Big Walter Smith’s Blues revue, and Brass Magic, before settling on the Groove Merchants in 1985

Big Walter Smith is Minnesota’s most honored and recognized bluesman. In Minneapolis, the legendary “Big Man of the Blues” has been a fixture in the Midwest’s blues scene since 1970. His 300 pound presence and velveteen voice have graced nearly every blues and R&B stage in the Midwest, as well as the finest concert halls, casinos and festivals.

Big Walter has been a mainstay at the Bayfront Blues Festival in Duluth since its inception in 1988. He is so popular in Duluth that the Mayor proclaimed August 8, 1997 to be “Big Walter Smith Day” in the city.