Mr. Tarplin had a knack for coming up with catchy riffs and melodies. He was fooling around with a calypso song he had heard Harry Belafonte sing, rearranging the chords, when he came up with the three-chord vamp that formed the backbone of the 1965 hit “The Tracks of My Tears,” for which Mr. Robinson wrote some of the most poignant lines in pop music. 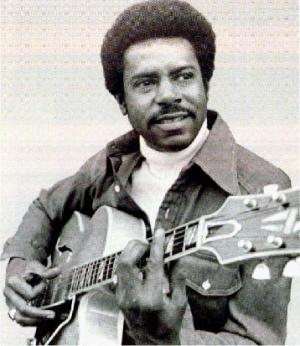 Mr. Tarplin wrote much of the music for several other Miracles hits, including "My Girls Has Gone", "Going to a Go- Go' and " The Love I Saw in You Was Just a Mirage".

He also collaborated on several songs that Marvin Gaye recorded. Two of the songs he wrote for Mr. Gaye (with Mr. Robinson and others) reached No. 1 on the rhythm-and-blues charts in 1965:"I'll Be Doggone" and "Ain't Taht  Peculiar"

Mr. Tarplin first came to Berry Gordy Jr.’s Motown label in the late 1950s as a guitar player for the Primettes, a teenage girl group that later became the Supremes. Mr. Robinson, who was already with the label, auditioned the group and told the singers to keep working, but he hired away Mr. Tarplin on the spot to play for the Miracles. It was the start of a five-decade collaboration.

“Marvin was a brilliant guitarist whose music has always inspired me,” Mr. Robinson told the British newspaper The Guardian.

When Mr. Robinson began his solo career in 1972, Mr. Tarplin initially stayed with the Miracles in Detroit, but he moved to Los Angeles to work with Mr. Robinson the next year. Over the next decade he contributed music to many of Mr. Robinson’s most memorable songs as a solo artist, including the hit “Cruisin’ ” in 1979. He continued touring with Mr. Robinson until he retired in 2008.

Mr. Tarplin was born in Atlanta on June 13, 1941, and moved with his family to Detroit, where his mother enrolled him in piano classes before he picked up a guitar and found his vocation. He was walking into a Detroit nightclub called the Flame Show Bar when members of the Primettes shouted out to him, saying they had seen him from their rehearsal space across the street. Two of them, Mary Wilson and Florence Ballard, had gone to Northeastern High School with Mr. Tarplin. He agreed to become their guitarist, playing with them at their early gigs and attending their Motown audition. It was a decision that changed his life.