Multifaced songwriter/guitarist D.L. Duncan talks about the deepest foundation for all American music, the Blues

"The joys and heartaches of life, the love and the disappointments -- all the experiences of being alive on this blue planet are the elements that are expressed through blues music."

D.L. Duncan: The Iridescence of Blues

D.L. Duncan has played guitar music professionally for over 35 years now. He has dug deeply into the roots of Americana, playing pedal steel guitar with cowboy singer Johnny Western, rockabilly 6 string with piano great SE Willis, deep blues with Jack Pearson & The Nationals and spankin’ the plank with jam band cult favorites GooseCreek Symphony. Previous CDs have included guest appearances from a number of luminaries, including Jack Pearson and Reese Wynans. As a songwriter, D.L. Duncan has received 2 Gold Records for his country-flavored songs -one recorded by country mega-star, Lorrie Morgan, (“1-800-Use To Be”) and another by Nashville Star winner Buddy Jewell (“You Know How Women Are”). Duncan was twice nominated for Blues Music Song of The Year recognition. Along with co-writer Curtis Salgado, the two were recognized for the classic “20 Years of BB King” and also for the Johnny Taylor-inspired “She Didn’t Cut Me Loose”. 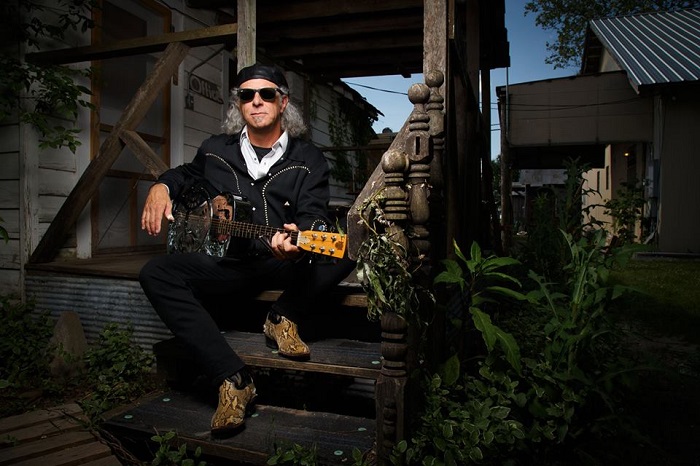 D.L. Duncan's new self-titled CD places him right in the middle of today's Blues & Americana groundswell. Recorded in Lafayette, Louisiana & Nashville, Tennessee, this 2015 release shows Duncan at his best. Duncan wrote 8 of the 10 songs on the recording. He plays guitars of all persuasions (electric, acoustic, resonator, dobro) and sings with conviction throughout. This new D.L. Duncan record is clearly his strongest effort so far from this relatively obscure musical treasure. It is deep American Roots Music reflected in these new & original songs by a great songwriter & guitarist, bluesy & vibrant. D.L. Duncan has been a well-kept secret for most music fans for a few years now. He has, however, developed quite a reputation among American musicians themselves, guests on this new CD include Sonny Landreth (slide guitar), Delbert McClinton (harmonica), David Hood (bass), The McCrary Singers (vocals), and Kevin McKendree (piano).

The blues represents to me an essential ingredient of existence as a human being. The joys and heartaches of life, the love and the disappointments -- all the experiences of being alive on this blue planet are the elements that are expressed through blues music.

I find a capacity within myself to experience empathy, joy, deep sadness, frustration and many other subtle emotions when I am immersed in blues music. The perseverance and the pain, the resolve to overcome, and just being able to share these universal feelings through this music -- all have been a great source of satisfaction for me.

How do you describe D.L. Duncan sound and songbook? What characterize your music philosophy?

I am a songwriter first and a blues guitarist second. For me, it all starts with the song. I like to have a twist on a phrase to make it stick. For example, my new single is titled "I Ain't The Sharpest Marble". It’s an up-tempo blues shuffle with some autobiography and philosophy running through it -- and it's just fun.

I have had a chance to play with some truly legendary musicians, including those on my new album: David Hood (bassist from Muscle Shoals, Alabama), Delbert McClinton, Kevin McKendree, and Sonny Landreth. And pretty much at the end of one of my gigs, the players don’t say "Gee, D.L., you played great" ...they don't say that, they always say, "Gee, D.L. that was fun!" That is my musical philosophy. It has got to be fun and in the moment. 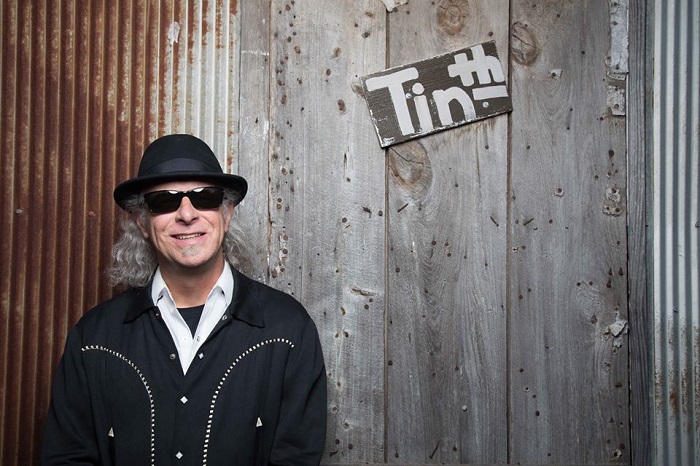 "Blues is the Father, the deepest foundation for all American Music that we have... folk, country, Americana, jazz…it all comes from The Source which is originally & continually  manifested as The Blues."

What were the reasons that you started the American Roots and Blues researches and experiments?

I was completely enamored with Duane Allman for much of my adult life. I met Jack Pearson in Tennessee years ago and those two gentleman, one my hero and one my friend, taught me so much about where to find great American Music. Once I moved to Nashville, I was deeply into sassing out the real stuff wherever I could find it. I love New Orleans. I was hooked all the way once I heard Jack play the blues. This would have been roughly 1980. I have spent most of my time since then seeking out that great soulful music that lives in the American South.

Taj Mahal told me to go to business school not music school...so I did, sorta. I received a degree in Recording Industry Management at Middle Tennessee State University (MTSU) in Murfreesboro, Tennessee.

I chatted with Carlos Santana for about an hour many years ago in Arizona. That was memorable. I have seen him a few dozen times.

Meeting Curtis Salgado about 10 years ago has been a huge thing for me. We have written lots of songs together now. We have 6 songs on his upcoming Alligator Records release. We are both very excited about the new CD. Curtis has been like The Professor of All Things Vocal. He is truly astounding in his abilities and knowledge of American Music. We wrote "I Know A Good Thing" together. It's the video and the second single off my new D.L. Duncan cd.

I met BB King  quite a few times, played blackjack poker with him at a casino in Lake Tahoe years ago. I bet I saw BB's show over 75 times. He played 3 shows a night for 30 days in a row at Harrah's in Tahoe. I named my son after BB  and was able to introduce him to BB a couple of different times ("Riley King, meet Riley Duncan"). That was particularly sweet. I adopted BB King as my Spiritual Blues Father many years ago. He was a Guru of The Blues for me.

Certainly its been a blessing for me to have Jack Pearson in my life for over 35 years now. He played with the Allman Brothers a few years so I got to hang with those guys -- pretty much a dream come true -- to hear him play with that band so many nights. A long way from our all-night jams in Murfreesboro, Tennessee! "The perseverance and the pain, the resolve to overcome, and just being able to share these universal feelings through this music -- all have been a great source of satisfaction for me."

There really are a million stories I could tell but maybe the Homesick James sessions were some of the best. He would say funny things like, "I don't know if it's true, but it happened to me." He was 88 when I played with him. He told me "I got a boy 71" … we just died laughing.

I miss how music used to lift me up and bring me such joy. Sly & The Family Stone, Wilson Pickett, Sam Cooke ...all those bands from that era that were optimistic and uplifting in their soulful music. Curtis Salgado still brings that and so does the great Johhny Rawls. It's not gone, but it’s a bit hard to find these days. I love Delbert McClinton for that reason. It's just music that makes you happy. Just like BB -- he played blues but he made you happy.

Both Curtis Salgado and Jack Pearson would be known to audiences’ worldwide -- and I would be playing on the bill with them to sold-out shows for years to come.

What are the lines that connect the legacy of Blues with Americana and continue to Folk and Roots music?

Blues is the Father, the deepest foundation for all American Music that we have... folk, country, Americana, jazz…it all comes from The Source which is originally & continually  manifested as The Blues. 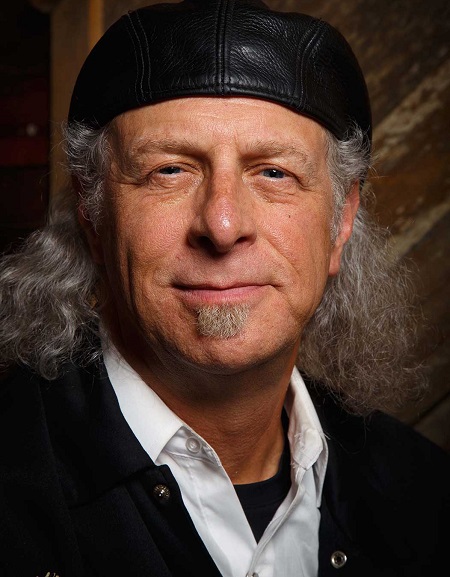 Why Nashville (Music City) is the capitol of musicians?

Nashville is a great city, my favorite in the USA. It was still pretty small when I moved back in 1993. When I first went there in '79, it was more of a town than a city. I love how connected all the players are there, and I have seen more talent between 8th Ave & 21st Ave than I have anywhere else in my life. There quite a few world class-musicians and writers in such a concentrated neighborhood ... not to mention the hundreds (well, thousands) of guys like me. It’s a great city. I am disappointed to see how fast it's growing and changing, though. My house is there, my furniture and ex-wife and kids are there -- but it's not my town anymore. It’s a big new crowd that’s come to Nashville and I really don't have a corner to call my own... I have found refuge in Santa Fe, New Mexico these days.

What is the impact of Blues & Americana music and culture to the racial and socio-cultural implications?

I just don't have any idea. I don't really believe the music is having an effect on race relations in the US. Things are so divided it’s as if there 2 separate cultures in the US. Blues music is not attracting younger blacks in any real numbers in my opinion. And many younger whites are into new Miley Cyrus type crap... or maybe rap… and I know "Zero" about all that. I'm now an old guy and I don’t understand current culture in the US...

I would probably say let's go to Macon, Georgia on a Sunday afternoon in the spring of 1971 when The Allman Brothers were at their prime and jamming for free in the park. I'd shake Dickey Betts & Duane Allman's hand and tell them all Thank You & God Bless You.