New Zealand bluesman Dave Murphy talks about his experience in Mississippi, Athens & the film about his life

"You’ve got to have had experience, ups and downs, for me it’s from getting bi-polar disorder and it put me out of the circuit."

Dave Murphy is a finger-style, blues picking guitar legend and one of New Zealand’s best interpreters of the blues. In conjunction with Carol Bean's company Press Go, Dave has recently recorded a CD entitled “Yes that’s me”. Film maker Costa Botes captured Dave recording in the studio and later shot an interview at the Botanical Gardens where Dave works as a gardener. 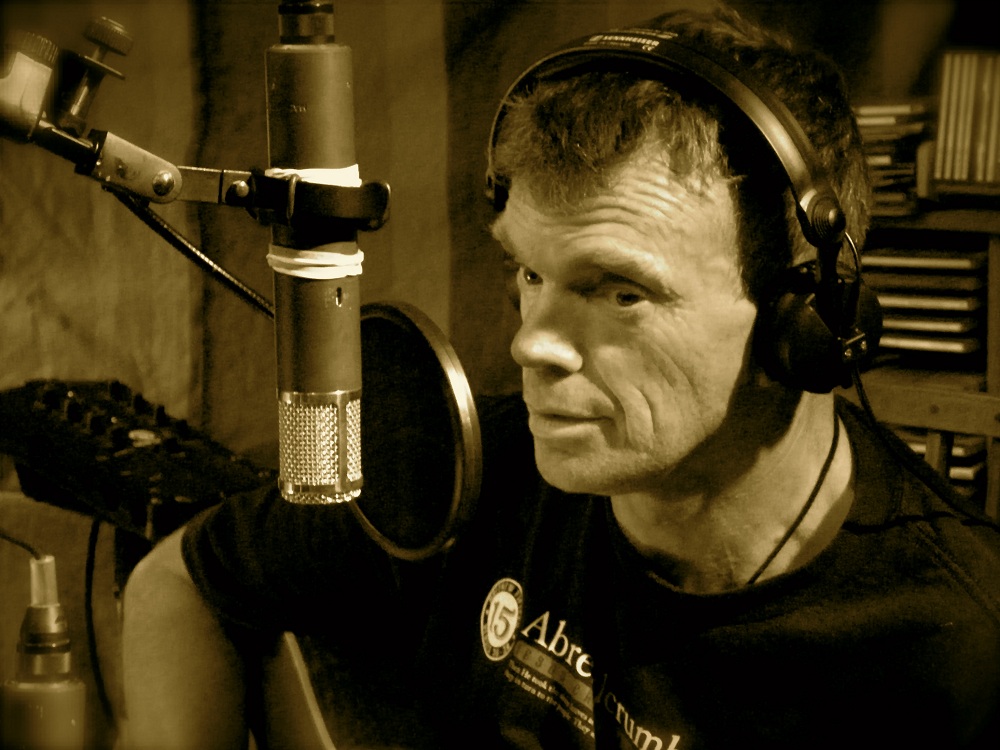 In the 1980s Dave travelled through the Unites States meeting musicians and learning blues tunes from the originals like Eugene Powell better known as Sonny Boy Nelson. This experience gave Dave an insight into music that has kept him in touch with the heart and soul of the blues ever since.
During the 1980’s and early ‘90s in Dave performed with his bands the Juke Jivers and the Hot Leftovers. He’s currently well known as a key member of the Red Dog Saloon Band, one of the hottest live performance bands around, Dave feels most at home on stage.

Dave, when was your first desire to become involved in the blues & who were your first idols?
At 15, I first listened to Ralph McTell, Rev Gary Davis and Davey Graham. When I was 19, I came to blues from a folk back ground. The acoustic guitar is what made me go to blues at 19

What was the first gig you ever went to & what were the first songs you learned?
Just a boy growing up in Gisborne New Zealand, 16-17, I was playing stuff from the radio, music was simple back there. Not so many choices back then. Neil Young songs, Stairway to Heaven, etc stuff my peers were playing. Which was the best moment of your career and which was the worst?
One highlight was playing on stage with Robert Jnr Lockwood at the Cricketer’s Arms, a pub in Wellington I also opened for Gatemouth Brown in Wellington at the James Cabaret. Railway hotel, worst gig, a fight broke out while I was playing. A scary moment.

How/where do you get inspiration for your songs & who were your mentors in songwriting?
I try and approach writing at the best time of day, early in morning and day hasn’t cluttered me up.
Try and write, might not happen, but it’ll happen. Write when I’m walking, thanks to portable recording devices. Walking is a really fantastic way of writing, you’re in movement.

What characterize the sound of Dave Murphy?
A strong finger picking style, with a strong thumb, I really learned from Big Bill Broonzy- he had a mighty thumb. Even when I do soft and gentle, my thumb is profound. 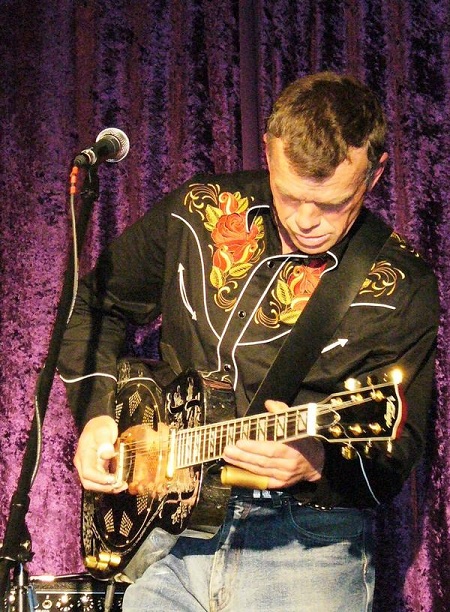 How do you describe your philosophy about the blues music?
Play it from the heart. Try to play it truthfully, from your experience. Cause they’ll find you out if ya don’t!

Which of historical blues personalities would you like to meet?
Big Bill Broonzy....

Any of blues standards have any real personal feelings for you & what are some of your favorite?
Key to the Highway…Robert Johnson’s songs.... Last Fair Deal, Come on in my Kitchen, Crossroad Blues.

What do you learn about yourself from music & what does Blues offer you?
When I play well I feel I’m in the pocket and giving people good time

What experiences in your life make you a GOOD blues musician and songwriter?
You’ve got to have had experience, ups and downs, for me it’s from getting bi-polar disorder and it put me out of the circuit. 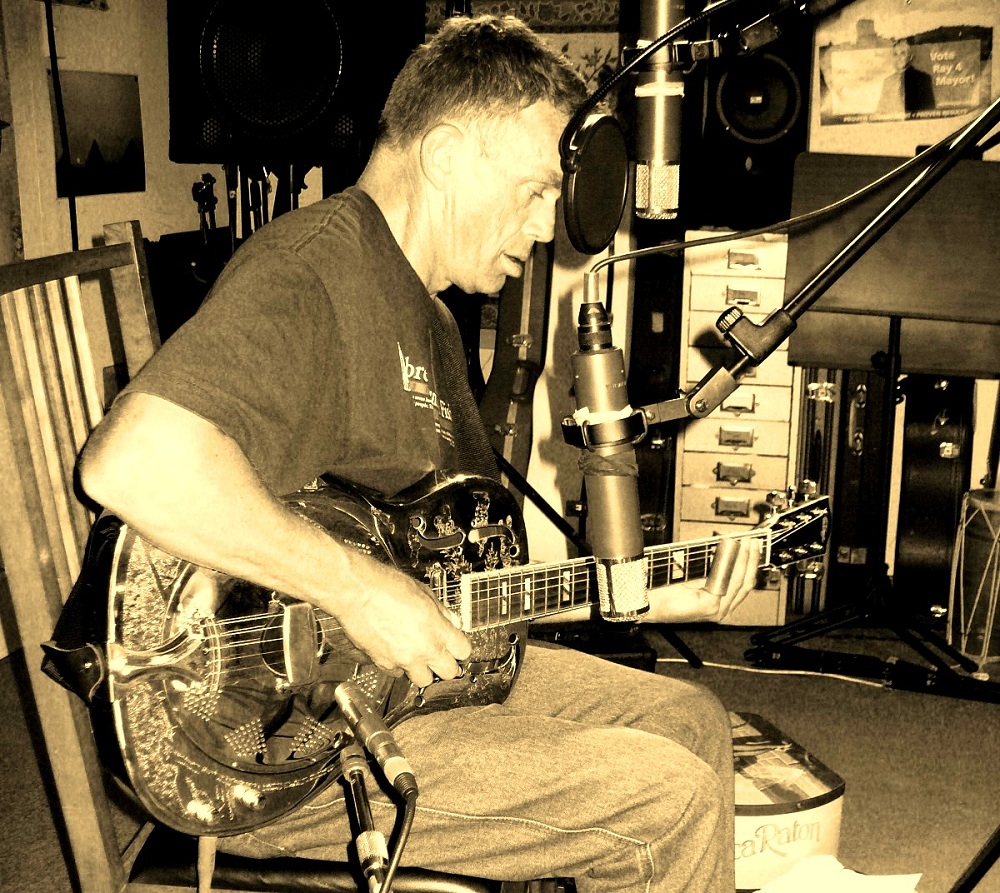 Are there any memories from your trip in US, which you’d like to share with us?
On the same day in 1988 in Mississippi, me and my friend  John Dodd were put on to both these people from a friend in Oxford Mississippi, meeting Eugene Powell, in the morning and James Son Thomas in the afternoon. The most amazing day I’ve ever had. “...give me water –when I’m dry!”
One of the highlights of the journey was a trip to Clarksdale Mississippi and neighbouring towns Greenville and Leland where we visited and played music with Mississippi blues greats. Wade Walton and Eugene Powell were surprised and flattered by the interest shown by us - the Antipodean visitors.

Which memory from all those blues cats makes you smile?
There was one moment, at Son Thomas’ place we were jamming on Stormy Monday and I lost my timing because I was listened to what was in my head and not to what was going on and they both smiled...
I never forgot that lesson. I always listen to where I am in the mix, and not my head. 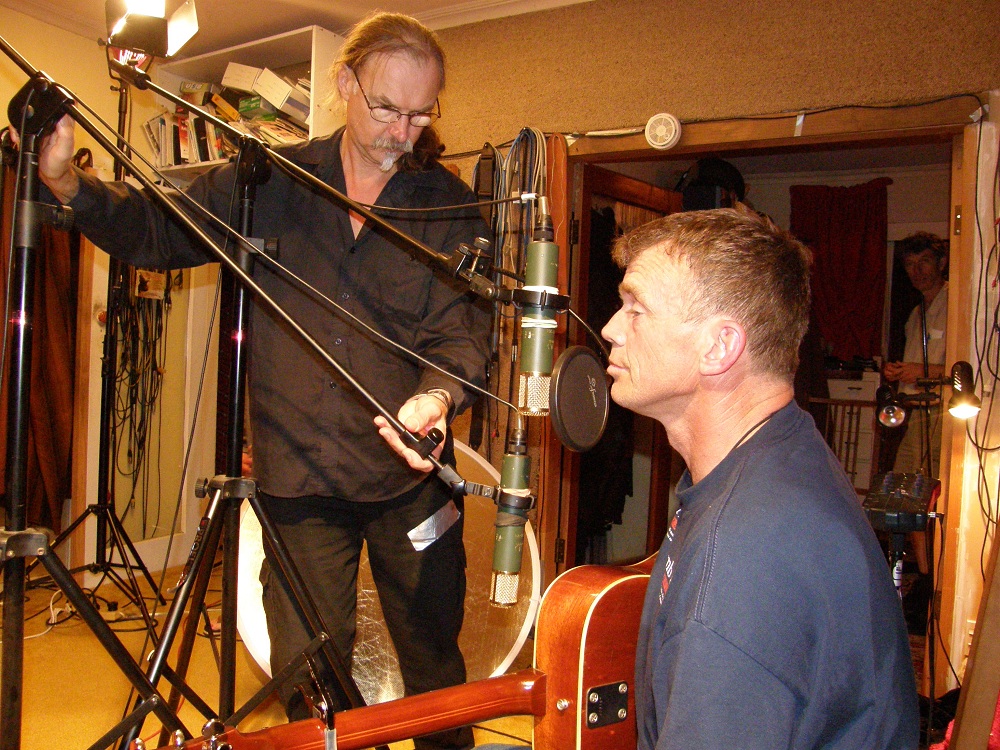 Some music styles can be fads but the blues is always with us.  Why do think that is? Give one wish for the BLUES
The blues is 3 chords and the truth ...stay strong

What is the best advice to listen sitting at the feet of blues masters?
Shut up and listen

Do you remember anything funny or interesting from the documentary about your career “Yes That’s Me”?
When Costa Botes came to film me at the gardens, there was one worker who teasing me about being a ‘big shot’ and he ended up being in the film as well, in the background. That made us all laugh. After 35 years of playing, one of New Zealand’s most accomplished Blues troubadours in New Zeland had still never recorded an album. Why?
The DVD “Yes That’s Me” has an accompanying CD, so this is the first full album I have recorded thanks to Robbie Duncan, Costa and Carol Bean who produced it.
It took me 35 years because the car accident put me out of the picture for 15 years.

What's been your experience of living in Athens Greece?
I played in a bar most nights for a late summer season. There was a jazz band and me - it was casual. There were American forces in the place, it was close to Plaka. The Greek owner of the club let me stay at his place and I became a local, doing everyday things with the people who I lived with. It was great. 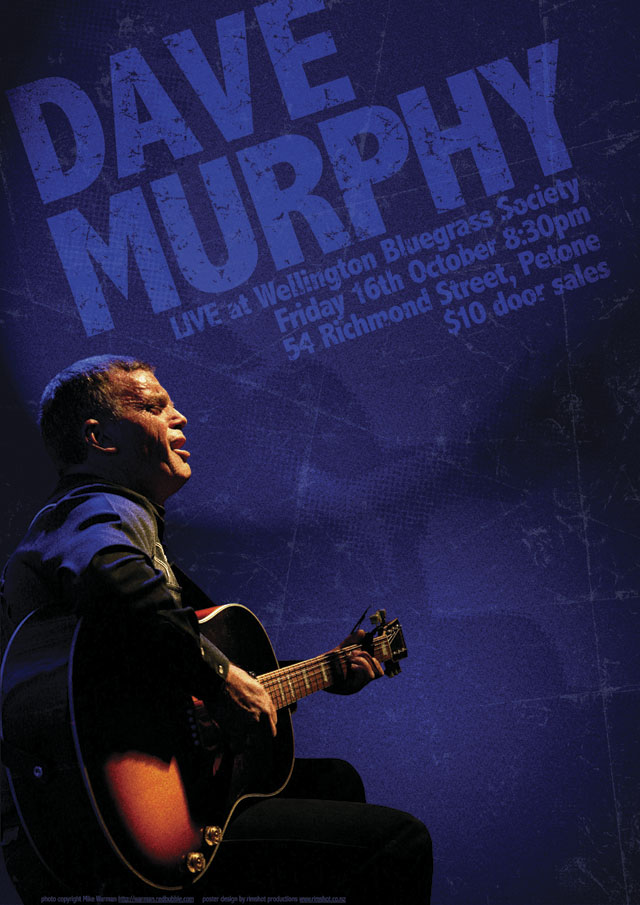