"Today’s blues and roots music hopefully continues to instill change for the better. We try to incorporate positive messages in the songs we choose to play or write in hope it makes at least a small difference for some people." Paired with the raw and sultry vocals of Nardia Brancatisano who has been wowing audiences with her band Soul Chic and on her own; along with young virtuoso Ollie Rolfe on Keys, Hammond & trumpet about to finish VCAS, and the combined talents of Dean Sanelli on bass and Jim Moody on drums, the Justin Yap Band has a tight and exciting sound not to be missed. Over the last 2 years the band have been gigging hard in and around Victoria, with highlights including the Wangaratta Jazz and Blues Festival, Echuca Winter Blues Festival, Bendigo Blues and Roots Festival, Wagga Wagga Jazz and Blues Festival, and the Docklands Blues Music Festival. The JYB have begun work on a second album of all originals to be released in September 2015 and continue to push themselves musically and keep the groove!

I think the biggest thing I’ve taken away from the blues as a musician is playing with honesty. Blues at its best has an emotional directness that can’t really be faked, you have to mean it when you’re playing or singing this music. The first song I heard that really hit that point home was One Way Out by Elmore James, the sense of urgency and panic in his voice just blew me away, he was digging deep.

How do you describe Justin Yap sound and songbook? What characterize your music philosophy?

Blues is sort of like home base, but a lot of what I play is also heavily influenced by soul, funk, jazz, gospel, reggae, and Latin American music. I think the more music you study and listen to the more you can really bring to the table as a musician. The most important thing about playing music to me is you have to make a statement with your music, especially being a guitar player we get a lot of opportunities to play solos, but it has to add something to the song rather than just another chance to show off. It needs to come from the heart.

I recently read a great interview with Oteil Burbridge who talked about musical ‘vomiting’, playing in a way that your emotions are almost coming out involuntarily. You want to be able to hear someone’s life experiences through their playing, sort of airing out their dirty laundry through music. I think that’s when music gets really exciting, especially with blues and soul. 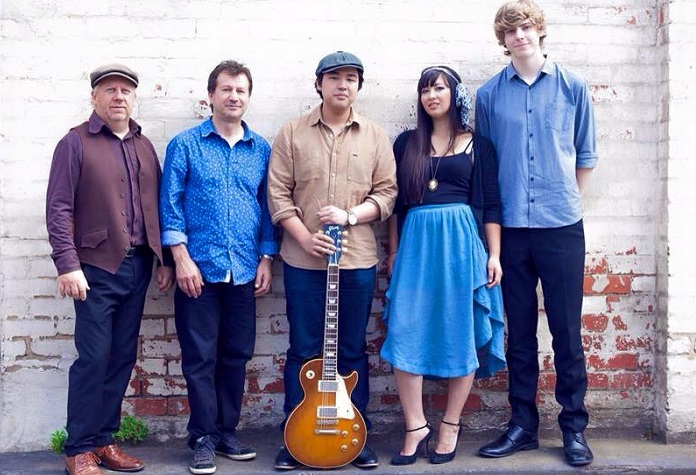 "Blues music like that can’t be created in today’s world. But what we are seeing and hopefully continue to see is blues that reflects whatever society it’s created in, it sounds different today but as long as it’s played with genuine intent I think it’ll very much stay alive." (Photo: Justin Yap Band)

What were the reasons that you start the Blues/Soul/Rock researches and experiments?

I grew up listening to people like Eric Clapton, Jimi Hendrix, Led Zeppelin, and The Rolling Stones. And I think like a lot of people of my generation, I started looking into who they listened to and that’s when I started discovering bluesmen like Howlin’ Wolf, Elmore James, B.B. King, Albert King, Freddie King, Robert Johnson, Charlie Patton, Muddy Waters, the list goes on. And there’s just something about that music that makes me want more, spanning across multiple genres, at the end of the day it was about what sounds and feels good.

One of the biggest learning experiences I’ve had so far was recording my first album. We only had two days to track ten songs with almost everything was done live. It was an intense but I enjoyed every minute of it, there were definitely mistakes made and there’s only so much that can be done in two days but it gave me a glimpse at what could be achieved in a studio. And at the end of the day I think the recordings managed to capture the immediacy and intensity of what we did, and I learned so much about the importance of the people you’re in there with, the balance between focus and staying relaxed, and the thrill of capturing the take.

We’re never going to get another Robert Johnson or Son House because they were from a time that thankfully no longer exists; their music was born in the midst of segregation and the great depression. Blues music like that can’t be created in today’s world. But what we are seeing and hopefully continue to see is blues that reflects whatever society it’s created in, it sounds different today but as long as it’s played with genuine intent I think it’ll very much stay alive. 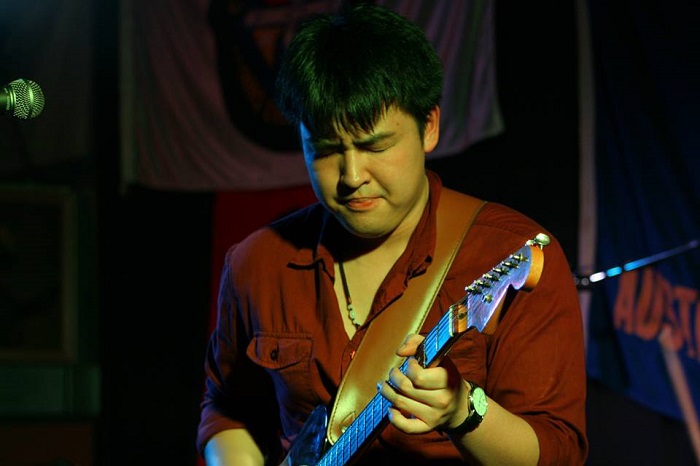 "Blues is sort of like home base, but a lot of what I play is also heavily influenced by soul, funk, jazz, gospel, reggae, and Latin American music. I think the more music you study and listen to the more you can really bring to the table as a musician."

Make an account of the case of the blues in Australia. If you could change one thing in the local scene what would that be?

There’s a great blues scene in Melbourne, with a lot of great younger bands coming up and a really good support network. There’s also the Melbourne Blues Appreciation Society who do a lot of work helping us out with gigs and they’ve got a big focus on youth in blues and encouraging younger musicians to get out and play. I’ve also noticed more and more live blues and roots venues opening up all over the country which is a great sign.

What are the lines that connect the legacy of Blues from United States and UK to Malaysia?

I think the internet has a lot to do with how a lot of people of my generation discover this music. It almost doesn’t matter where you are in the world, if you have an internet connection everything’s a quick search away. That’s how I discovered a majority of the music I listen to today. I think the trick is to not take it for granted and really take the time to dig in and listen to what’s out there.

Are there any similarities between the blues and the genres of Malaysian folk music and forms? Two months ago our band was part of a fantastic benefit for the homeless of Melbourne called Blues for Lost Souls, organized by blues guitarist Greg Dodd and his team.

It was such a great event and this year over $36,000 was raised for Anonymous X who do a great job of providing much needed supplies to the people who live on our streets.

It was really nice seeing the blues community come together to listen to music, and raise money for such a good cause.

I think early on Blues music definitely gave black America a voice, born straight out of work songs and gospel music. Like I mentioned before the music does reflect the time it was made in, it was very much an outlet for both the bluesmen and women and the people listening to it. Then when this was picked up by the British it really brought black music into the mainstream consciousness of America, to the point where in 2012 blues was performed in the White House as part of Black History Month featuring so many great blues legends from both the America and England.

Today’s blues and roots music hopefully continues to instill change for the better. We try to incorporate positive messages in the songs we choose to play or write in hope it makes at least a small difference for some people.

Any Howlin’ Wolf gig with his full band somewhere in Chicago. It would be amazing to see him live and in person! 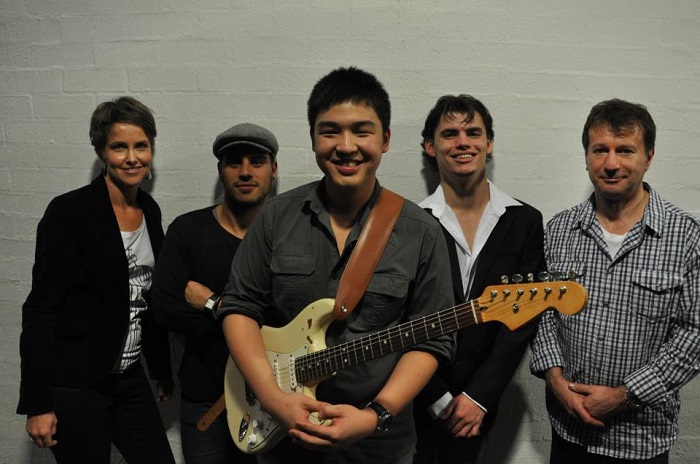