Q&A with bassist Joseph Veloz, delivers his signature bottom end grooves that you will feel from head to toes

"I have learned to Love what I do and to be proud of what I have accomplished. The Blues for me is an art form that allows myself and so many musicians to express our feelings and our emotions with our music."

Good News! Sought-after bassist, Joseph Veloz recorded his debut album"OFFERING" (Expected July 15, 2017). Joseph joined Mississippi Heat in the Summer of 2011. He replaces Stephen “The Kid” Howard who joined the Blue Man’s Group as a Zither player. Joseph – who lives in the Ann Arbor, MI area – is a world-class bass player, who is as comfortable playing classical music as he is playing Jazz, Funk or Chicago Blues. He is a passionate player, and brings with him years of musical and touring experience. Joseph exhibits an unforgettable, high-energy stage presence and always delivers his signature bottom end grooves that you will feel from head to toes! As a child Joseph was inspired by jazz, soul and classical recordings that he heard in and around his home. By the tender age of 8 years old he could already read and perform music! With studies at Blue Lake Music Camp and Interlochen National Music Camp as a teenager, Joseph became an outstanding classical upright bassist, earning him positions in both the Michigan Youth Symphony and the Saginaw Symphony respectively.                        (Joseph Veloz / Photo by Meredith Mack) Joseph continued his education with studies at Wayne State University in Detroit, MI and Jazz studies at the American Conservatory of Music in Chicago, IL. There he also immersed himself in the Chicago music scene, most significantly, the blues scene! He has performed with blues artists like Matt “Guitar” Murphy, Lucky Peterson, Jason Ricci, Joanne Shaw Taylor, Sherman Robertson, Debra Coleman, and Shawn Kellerman; as well as with the Americana band The Nouveaux Honkies, and top 40 bands such as the Attraction and 5 Guys named Moe. Joseph recording credits include Lucky Peterson and Jason Ricci, The Immortals and City Limits Blues Band. He also recorded with Shawn Kellerman, Biscuit Miller and The Mix, and The Nouveaux Honkies. Joseph plays acoustic and electric bass on Mississippi Heat’s Delta Bound (2012).

I have learned to Love what I do and to be proud of what I have accomplished. The Blues for me is an art form that allows myself and so many musicians to express our feelings and our emotions with our music.

How do you describe Joseph Veloz sound and songbook? What characterize your music philosophy?

My sound and songbook are a fusion of Blues, Rock, Funk & a little Jazz. My philosophy is pretty simple, make the audience Feel the music and play from the Heart not from the Head.

It has given me a broader view of myself and the world around me. No matter where I go in the World and play music people realize if you are truly giving from the heart, authentic not fake. I realized that people will always respect you if you are honest and humble to any and all people.

My friendship with Andrew “Blaze” Thomas & Shawn Kellerman has always been a very important one. They push me and support me like a brother, but never let me forget who I am or how good I can become. The best advice I have received is to always give all you can so you will never look back at your life or decisions in regret. 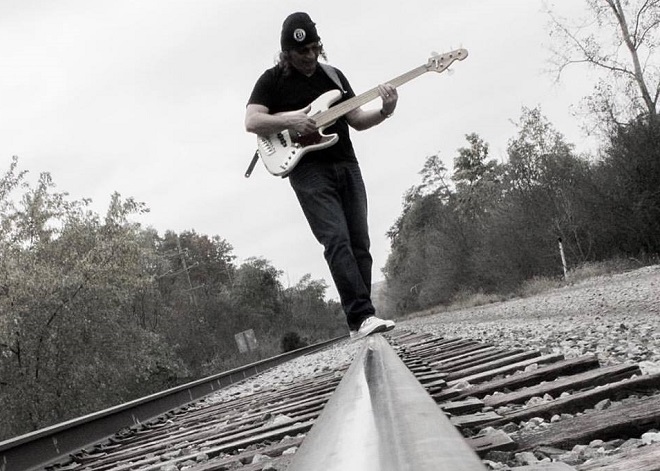 "My sound and songbook are a fusion of Blues, Rock, Funk & a little Jazz. My philosophy is pretty simple, make the audience Feel the music and play from the Heart not from the Head."

I was given the opportunity to play in Moscow with Lucky Peterson. I was unsure of how we/I would be received and how we would be treated there. Once we started to play they could have cared less about where we were from or what color we were, they just wanted to hear the Blues and they were so glad we came there!!!

There were many more Blues venues in the past here in the US. People seem to have moved away from live roots/blues music for some reason. My hope is that Blues will continue to grow as an art form and capture the younger generations, My fear is that Blues will become more of a historical art form rather than an ever changing and growing art form.

That music could be available to everyone around the globe, both young and old. To sit and sing the simplest songs with other people, whatever the style always makes for a good time together and the starting point of breaking down barriers that separate mankind from each other.

My Grandkids trying to play my Bass was quite funny, they just smack it and strum it with no concern or care, they just want to try to play and have fun. I think the most emotional thing that continues to touch me is when a Musician passes and we get together to Jam or sing praises about them, we use music/the Blues to connect and pay tribute. Anywhere in Europe! Every time I get the opportunity to travel there it is always a pleasure to walk down streets or go into buildings centuries old. It's living history, I dig that stuff!

What is the impact of Blues/Rock and Jazz on the racial, political and socio-cultural implications?

I see both sides. 1, no one knows or cares what color of your skin or where you are from if you are groovin' on a good song! 2, unfortunately, people limit themselves from certain styles or genres because of race or creed. Music can touch all of us no matter were you are from or what color/creed you are if you only make yourself available to be open and accepting. I think that is the main issue we seem to always fall short of, to make yourself open and available to people and have empathy for whomever you cross paths with, we are all Humans!