"Music is a different, but very powerful medium for reaching people - for giving ourselves hope, purpose, a sense brother/sisterhood, and just having a hell of a good time! Which we sorely need, all of us, in a challenging world."

Big Harp George/George Bisharat is a San Francisco Bay Area blues singer, songwriter, and harmonica player who features the chromatic harmonica. George was a criminal defense attorney, award-winning professor of law at UC Hastings College of the Law, and expert commentator on law and politics in the Middle East before turning to music full time. George counts George "Harmonica" Smith, William Clarke, and Paul deLay as major influences on his chromatic playing. The chromatic (compared to the ten-hole diatonic more common to blues) has a distinctive voice, and lends Big Harp George's sound a jazzy, contemporary, and sophisticated feel. He was selected as one of fifteen "rising stars" by Living Blues Magazine in 2014 harmonica issue.         Photo by Peggy DeRose 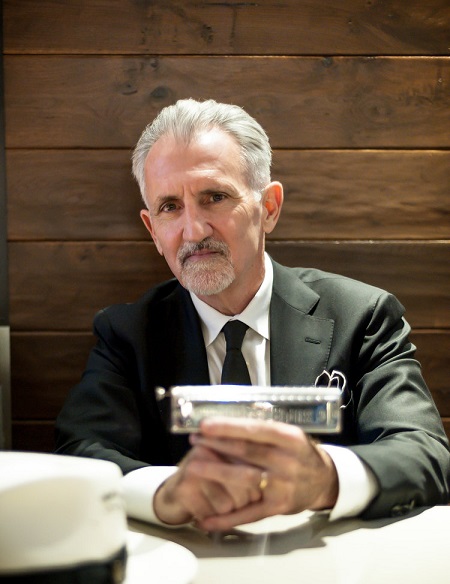 I would say: never give up hope and never lose faith in yourself. You just don’t know what you’re capable of until you try. I sometimes refer to blues as “the party music of the oppressed.” Even in an unjust and hard world, you can sing, dance, and have fun - maybe even more than those stiff, uptight people on the so-called “right side of the tracks!”

What were the reasons that you started the Harp researches? What touched (emotionally) you from the sound of?

More than anything else, as a listener I am moved by the human voice. That is why a number of my most favorite blues musicians - such as Otis Rush - are not harmonica players. But, when played well, the harmonica is probably the closest instrument to the human voice, so that, perhaps, is why it caught my ear.

I’m glad you asked this because I think my songbook is fresh and unique. I call it “21st century artisanal blues,” because it is of this moment in contemporary life, not about the past, and I truly work - with the other great musicians who I am privileged to play with - to craft and mold each and every song into individual entities that say different things about the lives we live today. It may sound odd to say this, but, to me, songs “have lives.” That is, they are not static things. Recordings catch only one moment in their growth, and the work of sculpting a good song can go on for a long time.

My creative drive has grown over time, as I first began to feel that my music was genuinely different and worth recording. It started when I turned my focus to the chromatic harmonica, which is minimally exploited in blues, less than ten years ago. For the first time I started hearing my own musical voice emerge on the chromatic. Since that time my energy has flowed equally into songwriting, as I’ve learned to apply to lyrics what I applied to harmonica - namely, to be myself. In my experience, creativity builds on itself. Once you get rolling, it is so exhilirating that it sometimes can be hard to stop. 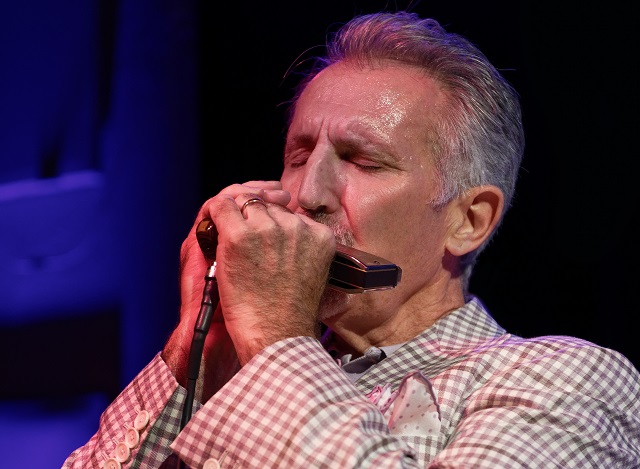 "More than anything else, as a listener I am moved by the human voice. That is why a number of my most favorite blues musicians - such as Otis Rush - are not harmonica players. But, when played well, the harmonica is probably the closest instrument to the human voice, so that, perhaps, is why it caught my ear." (Big Harp George / Photo by Bruce Fram)

My old friend and former bandmate Otis Grand was the first to encourage me to record my own music. He was the one who urged me not to sell myself short, and to give it a shot. Paul deLay was another big influence, less in what he explicitly said to me than in the example that he set, in his musical honesty and courage to defy cliches.

I’ve done a lot of stupid things on stage and off, but in a major festival some years ago I stepped on my harp mike cord and yanked the cord out of the mike mid-solo! I picked it up and plugged it back in and kept going, to the audience’s great amusement. But that’s sometimes what you do in music - laugh at yourself and keep going!

Let’s be frank: there will never be another generation like that of Muddy, the Walters (Little and Big), the Otis’s (Spann and Rush), the Kings (BB, Albert, Freddy), T-Bone - so much incredible talent and style. But as grateful as I am for the great gifts they left us, I look forward more than I look back. And I think we are at a point of growing creativity in the genre, with a new generation of players who are not as locked into the past as a lot of people of my generation. That’s a good thing. We don’t have a choice to go back, sad as that may be at times - we can only go forward.

That blues musicians - and others in worthy genres - actually got compensated in a manner commensurate to their skills. It’s so hard to make a living playing music. Most do it for love, not for money, but many lives would be easier and longer if we only supported musicians more generously. 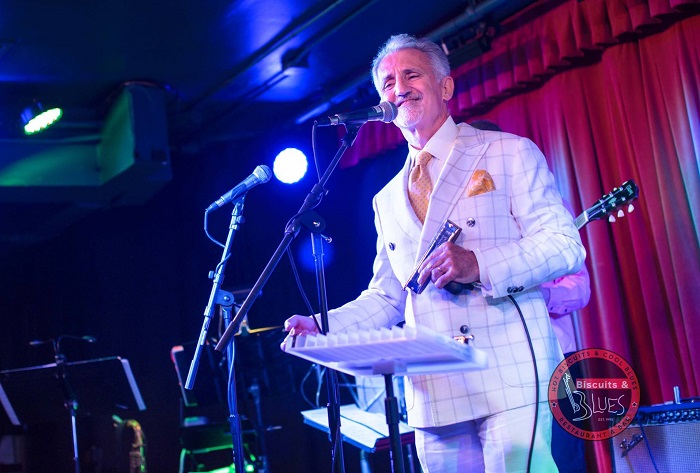 "The blues is one of those domains in American life where people of all colors and creeds can come together in mutual appreciation of the music. So it is, ultimately, a unifying force in an otherwise divided country." (Big Harp George / Photo: Biscuits & Blues)

Being part of the big blues family here and internationally is one of the greatest experiences in my life. It’s really taught me the meaning of generosity, because some very humble musicians have bestowed some very wonderful gifts on me, through their talent and creativity. People who lack material wealth nonetheless can give very richly.

The blues is one of those domains in American life where people of all colors and creeds can come together in mutual appreciation of the music. So it is, ultimately, a unifying force in an otherwise divided country.

I would go back to the 1950s in Chicago and see Little Walter playing in Muddy Waters’ band, either live or in the Chess studios. I was fortunate to see many of the greats of the prior generation, but Walter died in 1968 when I was 15 years old, so I never had the chance to see him live. Now, I am not a Little Walter worshipper - I loved James Cotton, Junior Wells, Big Walter, and plenty of others just as much - but he was one of the few I never got to hear live. And, of course, he was probably the greatest blues diatonic harmonica player of all time.

What are some of the most important lessons you have learned from your paths in the Blues circuits?

Music is a different, but very powerful medium for reaching people - for giving ourselves hope, purpose, a sense brother/sisterhood, and just having a hell of a good time! Which we sorely need, all of us, in a challenging world. 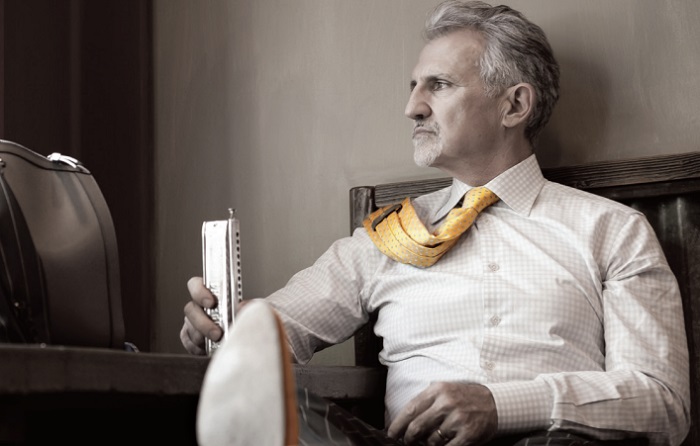