"I think blues gets across to all types of people regardless of color. That’s the beauty of it!  We can all come together and be human together."

Kansas City based Levee Town is a hot trio, can reach down and give you that true Delta Blues sound as well as their favorite Chicago style blues. Their deep and soulful guitar riffs combined with a perfect chemistry of funky bass and down and dirty harmonica wail brings this band together with a rhythm that is clearly beyond their years. The band consists of guitarist, vocalist Brandon Hudspeth; Jacque Garoutte on bass, vocals and Adam Hagerman on drums. A transplant from Oklahoma, Hudspeth moved to the Kansas City area when he was 19. He played in bands, such as The MO City Jumpers, before co-founding The Cobalt Project - and some of the members of that group went on to create Levee Town. Brand new release Takin’ & Givin’ (2016) is the 6th album of band and their best recording to date. It's a collection of light hearted songs with a heavy hearted feel. 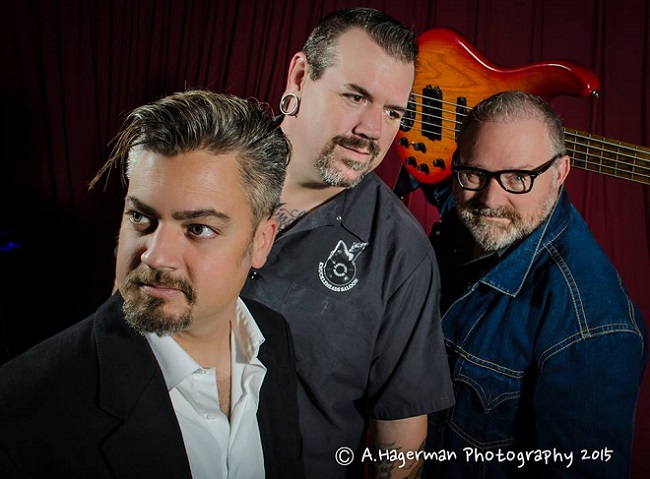 Brandon formed a band called Traffic Jam who opened for such names as Jay McShan and Bobby Blue Bland. He has also played with Cal Collins and the legendary Clark Terry. He played with The MO City Jumpers before forming his own act, The Cobalt Project which enjoyed local and regional success with the release of “Conversations With Lightnin’”. Brandon continues to be a first call sub for guitar players in such noteworthy Kansas City acts as John Paul Drum, Washboard Chaz, Big John and the 39th Street Blues band, and Lee McBee. Brandon has a strong emotional approach to his guitar playing, has a great work ethic, and brings it all out from the center of his heart and soul. Brandon cites Freddie King and Buddy Guy as his primary influences.

I have learned the importance of simplicity and focus. I think that in a fast paced world the blues represents the REAL things in life.

How do you describe Levee Town sound and songbook? What characterize your music philosophy?

I would describe the Levee Town sound as original roots music with an eclectic edge. The song is what we rely on. Whatever the song calls for we let that dictate our approach. Naturally, that usually comes out in a bluesy style. Our philosophy is to let the song do the talking.

My teachers have been my most important acquaintances. People that helped me at such a young age and introduced me to others. The best advice I received was to just keep on going no matter what. There will be people trying to drag you down but just keep doing what you love! 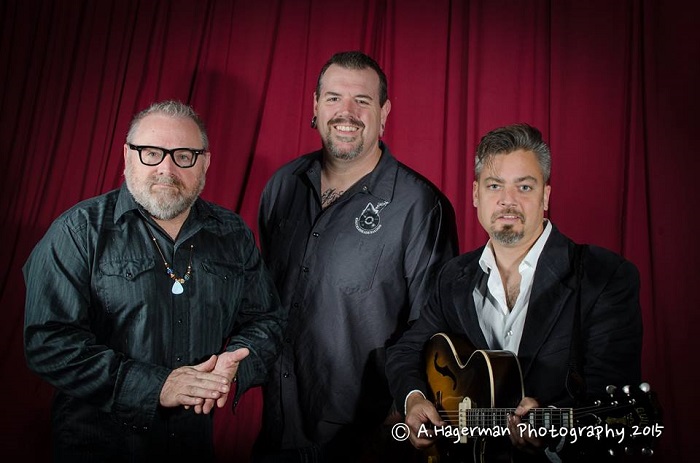 "I have learned the importance of simplicity and focus. I think that in a fast paced world the blues represents the REAL things in life." (Levee Town / Photo by A. Hagerman, 2015)

There are countless memories but one that sticks out is meeting Bobby Blue Bland. I was 17, I believe and my band was opening the show. I got to meet him and talk with him for a few moments after we were done. He’s always been one of my favorites.

I miss the sound of vinyl, analog recording, and recording live. I hope the genre keeps growing and grows a greater audience. I have high hopes! A fear would be that blues venues and festivals will dwindle making the blues impossible to grow.

I would get more roots music exposure in mainstream radio. I think it’s important to reach a younger audience to keep it alive.

Make an account of the case of the blues in Kansas City. Which is the most interesting period in local scene?

The Kansas City blues scene is strong. There are a lot of great bands and musicians here. I think the 1930s and 1940s would be the most interesting period for Kansas City music. There is a deep history here with Big Joe Turner, Charlie Parker, Jay McShann, and countless other great musicians.

What has made you laugh and what touched (emotionally) you from Louisiana Red and Lazy Lester? On our first song with Red we weren’t in the same tuning and he played it off like a pro while we were in panic mode. Both Louisiana Red and Lazy Lester were very kind and humorous. They made us feel comfortable and relaxed although we were terrified! The emotionally raw and focused melody each one possessed and their charisma was very impressive.

"I miss the sound of vinyl, analog recording, and recording live. I hope the genre keeps growing and grows a greater audience. I have high hopes!"

What is the impact of Blues music and culture and to the racial and socio-cultural implications?

I think blues gets across to all types of people regardless of color. That’s the beauty of it! We can all come together and be human together.

I’d go to Chicago, Nov, 1964 to the Regal Theater. B.B. King Live at the Regal is one of my all time favorite recordings and I think to see it live would have been a remarkable experience.