"Impact of music on racial and socio-cultural implications: Good, real music bridges any divide and should always bring people together. In my musical world there is no racism, prejudice or discrimination…"

Steve Walwyn is a British rhythm and blues guitarist, best known for his playing with Dr. Feelgood, but who has also played with Eddie and the Hot Rods, Steve Marriott and the DTs. The Roger Chapman Band, the Big Town Playboys and his own band Steve Walwyn and Friends. Walwyn states his inspiration to become a guitarist was Rory Gallagher's album Live in Europe. Although he did not start to learn to play the guitar until he was 17, he formed his first band, Hands Off, whilst still at school. Upon leaving school he worked for the Civil Service for four years, whilst still playing with Hands Off. In 1978, he became a professional musician when he was asked to join a band performing under 2 different names. Cupid's Inspiration were a pop-act, as 'Chevy' they toured supporting bands such as Alvin Lee, Hawkwind and Gillan. In 1982, Walwyn briefly joined The Mosquitos, before joining Leicester band The DTs. 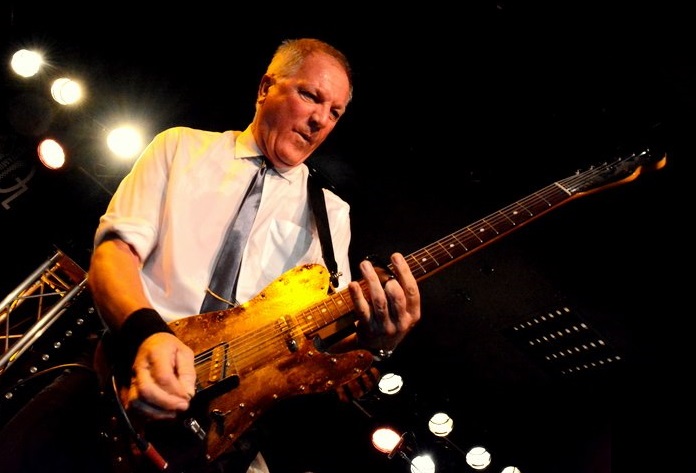 Steve Marriott, formerly of the Small Faces and Humble Pie, saw The DTs in 1987, and was so impressed he asked them to join him, forming the band Steve Marriott with the DTs, who also performed as the Steve Marriott Band, until Marriott left to rejoin Peter Frampton in the US in 1989. Both the DTs, and the Steve Marriott Band, had been the support act for Dr. Feelgood on several occasions, and the Feelgoods had admired his guitar playing.:91–92 On the departure of Feelgood's guitarist, Gordon Russell, in Spring 1989, Lee Brilleaux asked Walwyn to audition. He was accepted at the audition and joined the band almost immediately. During the hiatus, Walwyn played with Eddie and the Hot Rods, The Roger Chapman Band and the Big Town Playboys. Walwyn has played numerous sessions for other artists. Steve Walwyn's debut solo album Instinct To Survive (2015) on Baby Grand Records, the album contains a selection of self-written songs and instrumentals, and included the musicians.

The Blues/Rock culture has opened my eyes and ears to many influences, and I have been fortunate enough to travel the world during my musical career. This has definitely broadened my mind and allowed me to take in different musical genres and styles; I believe that I now have a wide musical taste and appreciate almost anything when it is well played or sung.

Why do you think that Dr. Feelgood music continues to generate such a devoted following?

Dr.Feelgood devoted following – the band has existed for many years – since 1972 – and although there have been many member changes within the band the original ‘spirit’ remains constant; that is, keep it simple, keep it straightforward. I think that this ‘spirit’ is the reason why many fans have stayed with the band over the years; long may that continue… 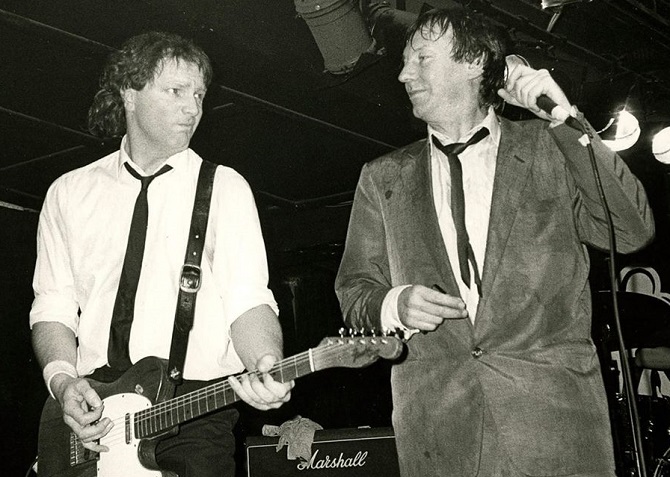 "Not sure that I miss anything from the music of the past, because I can always go back to it…but I do think that some of today’s popular music is soul-less and contrived. Hopes and fears for the future…get us safely out of this pandemic please! (Photo: Steve Walwyn and Lee Brilleaux on stage)

Lots of meetings and friendships have shaped my musical journey and I’ve been lucky enough to meet some very famous names too. Before joining Dr. Feelgood my band was called The DTs and we went on to play for two years with the late, great Steve Marriott of Small Faces/Humble Pie fame. One night we shared a bill with Dr. Feelgood at The Town and Country Club in London (now The Forum). When I was playing on stage, I noticed Lee Brilleaux and the others were watching from the side of the stage…not long after this I was invited to join the Feelgoods…

I received some good advice from Steve Marriott – when playing a guitar solo, if you accidentally hit a ‘dud’ note, make sure that you repeat it, even if it sounds awful. That way the audience will think that you meant it…this became a standing joke and Steve and I would look at each other, wink an eye and laugh when it actually happened for real on stage!

So many memories! At the moment I’m in the process of gathering together all my recollections for a possible future publication – work in progress!

Some outstanding memories for example:

Meeting my guitar hero Rory Gallagher in Germany, then sharing a few beers with the man himself back at the hotel after the gig…

Playing on the same bill and meeting BB King in Luxembourg…

Jamming with Canned Heat (this happened a few times)…

Recording Lee Brilleaux’s final studio album – during which he was diagnosed with cancer; then being asked to play his final two shows, which were recorded and became the ‘Down At The Doctors’ live album. 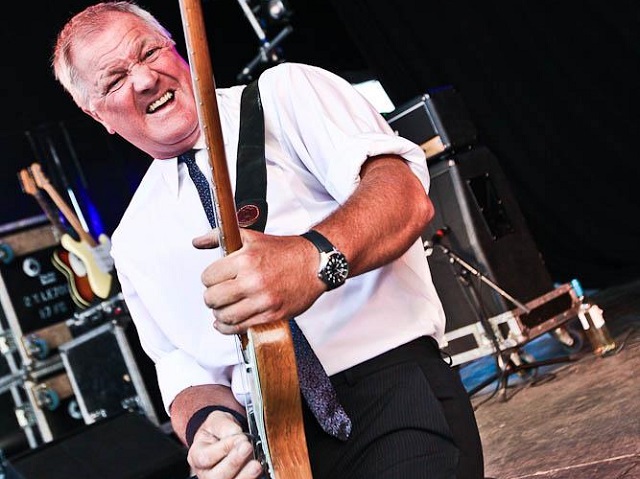 "Important lessons – practice, practice, practice. Listen critically – both to yourself but equally importantly to what your bandmates are playing. Are you playing together? If not – it really just won’t sound or feel right…"

Not sure that I miss anything from the music of the past, because I can always go back to it…but I do think that some of today’s popular music is soul-less and contrived.

Hopes and fears for the future…get us safely out of this pandemic please!

What were the reasons that the UK was/is the center of Blues, R&B and Rock n' Roll researches and experiments?

The UK was just one point in the development of Blues/R&B/Rock and Roll and obviously these first came from the USA. However, in the 1960s Blues was on the decline in the States and many artists were struggling; but then many British Blues bands took up the flame, so to speak, and carried it back to its roots across the Atlantic. The fact that both countries shared a common language no doubt helped, also in the 60s and 70s there were many US air bases in the UK; American records became more readily available because of this and were played more and more on radio stations, thereby reaching an eager and expanding UK audience. Many American Blues artists were brought to play in the UK and were welcomed with open arms, sometimes pleasantly surprised to find that anyone actually knew who they were outside of their native country.

Important lessons – practice, practice, practice. Listen critically – both to yourself but equally importantly to what your bandmates are playing. Are you playing together? If not – it really just won’t sound or feel right…

Impact of music on racial and socio-cultural implications: Good, real music bridges any divide and should always bring people together. In my musical world there is no racism, prejudice or discrimination… 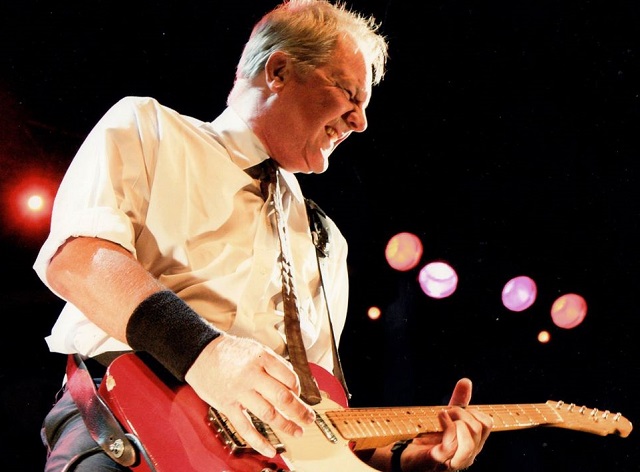 "Dr. Feelgood devoted following – the band has existed for many years – since 1972 – and although there have been many member changes within the band the original ‘spirit’ remains constant; that is, keep it simple, keep it straightforward. I think that this ‘spirit’ is the reason why many fans have stayed with the band over the years; long may that continue…"

Haha that’s a hard one to answer! Since we’re in Greece I’ll go back to February 1991 with the following story, which is a treasured memory….

February 1991 – we played two consecutive nights at the Rodon Club in Athens Greece. The first night, Friday 1st was sold out and we had a great gig. Next morning, I wanted to see some of the city and the Plaka had been recommended, especially the Market. After breakfast drummer Kevin Morris and I walked there and discovered a workshop where they made traditional Greek stringed instruments – Bouzoukis etc. We were invited into the shop and in fact one of the craftsmen had been at the previous night’s gig.

Something caught my eye – I had recently bought a mandolin – and there was a similar-sized instrument, almost like a miniature Bouzouki. It was a Baglamas, I’d never seen or even heard of these before and picked one up to see what it sounded like. It was hand-made on the premises and thinking it was a nice souvenir I bought it; the price was 18000 Drachmas which was around £50 at the time.

On the way back to our hotel Kevin suggested that I should play it on stage that night. I replied ‘you’ve got to be kidding’. He said that he wasn’t… Back in my hotel room I started messing around with the instrument. I’d been told how to tune it and had been given a beginner’s guide to playing it…

I made up some kind of a ‘jig’ on the Baglamas…Lee Brilleaux, in the room next to mine, heard it, knocked on my door and said ‘do that on stage tonight – they’ll love it!’…

So it was that, having played another sellout show I found myself alone on the stage for the first encore, with a strange (to me) instrument that I’d only bought that day and had never played until then. Very nervously I held the Baglamas up to the microphone and began to play my silly made-up jig…you could have heard a pin drop…

Well…to my astonishment and it has to be said relief, it went down an absolute storm; in fact, as they say, the roof came off…

I picked up my Telecaster and we played more encores. Later in the dressing room Lee said ‘You should be proud of yourself for doing that – gotta say took some bottle!’ An unforgettable moment! 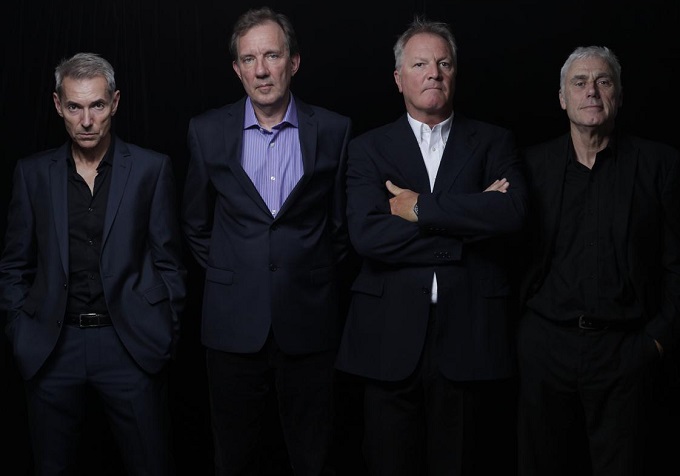