"I think Rock and Blues are both the best ways of expressing yourself musically, they both have so much emotion behind them."

Hard-hitting original rock songs driven by classic guitar licks and heavy riffs are what Steve Costello has always strived for. And in the years since playing the Northern Ontario bar circuit at the age of 13, he has more than adequately proven his ability to rock with the best of them. Now 23, has been doing what he loves best: entertaining. As a teen building his chops, Steve found inspiration in the work of artists like Foo Fighters, Queens of the Stone Age and Joe Bonamassa; but his earliest influences were the legends—Zeppelin, Hendrix, Clapton—and it is from these British Blues roots, along with elements of Rock, Grunge and Steve’s own considerable gift of invention, that he has managed to forge a fresh, signature sound.                                                   Photo © by Robert M. Knight 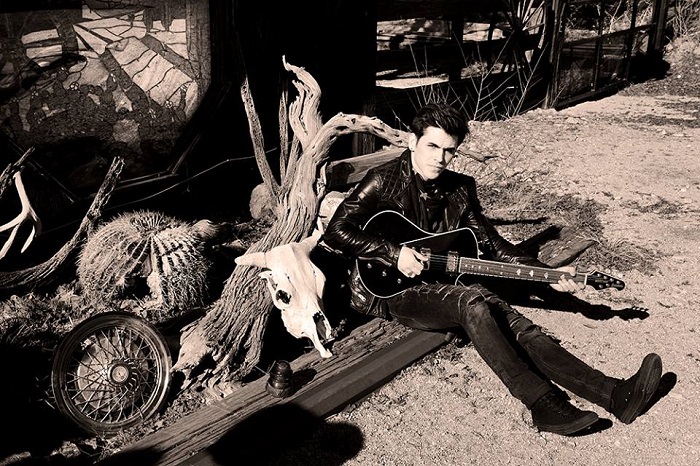 And nowhere is this sound better demonstrated than in his 2013 debut solo album, Steve Costello – Vol. 1, a powerhouse collection of 7 originals and a rockin’ cover of the Willie Dixon classic, “Evil.” Following its release both physically and digitally on iTunes, the album took his growing fan base by storm, and has lead to many new opportunities, including winning the 2013 LCBO Whisky Rocks Competition and opening for Theory of a Deadman in November of that year. With a never waning commitment to his music and a rapidly growing international fan base, Steve is doing whatever it takes to become a successful musician. He has shown time and again that he can rise to any challenge, and will continue to grow and express himself with an unrelenting passion for music.

I’ve learned that I’ve always been kind of an outsider and that I’m not cut out for a normal living. I think the Blues and Rock n’ Roll are kind of the product of being different. It also means diving into a risky business with a high chance of failure because it’s just something you have to do. I think Rock and Blues are both the best ways of expressing yourself musically, they both have so much emotion behind them.

How do you describe Steve Costello sound and songbook? What characterize your music philosophy?

I would say I’m a Blues guitarist with heavy Rock influences; I’ve based a lot of my playing around Blues/Rock guitarists then later branched out into more of the 90s Grunge and Rock bands. I fell in love with the attitude behind that music and the more creepy and progressive vibes that go along with them. I think my philosophy is to listen to as much different and interesting music as possible and to try to incorporate all I can into my own unique way of playing and writing. I think I’d describe my music as Rock with heavy blues undertones, I’m continuously trying to find new ways of approaching this and I hope to continue to grow as a musician.

Which acquaintances have been the most important experiences? What was the best advice anyone ever gave you?             Photo © by Robert M. Knight 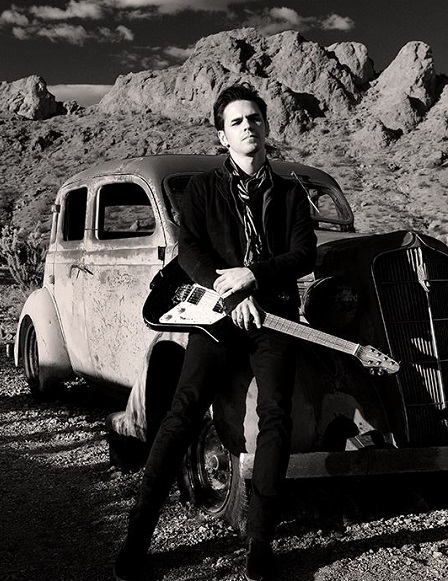 I think the most influential people in my life have been my dad, Carmine Rojas, Robert M. Knight, and my guitar teacher Laurier Beaulieu. My family has always supported me and my dad has always encouraged me to do my best. I’ve had the fortune of becoming friends with Carmine Rojas — bass player for David Bowie, Rod Stewart, Joe Bonamassa – he has helped change the way I look at music and has shown me nothing but kindness. Robert M. Knight is my manager and an amazing photographer; he pushes me forward and guides me to make smart decisions. He also inspired me when he told me he has met everyone he’s ever wanted to meet and has been everywhere he’s wanted to go in his life, this man is determined on all fronts. Laurier was my first real guitar teacher; he shaped my playing from a young age and challenged me to be the best I can and to listen to what’s happening around me so I can react appropriately. All of these people have given me outstanding advise but the thing that I find comes out the most is too work hard and focus on nothing but where you want to end up. Play a lot and learn as much as you can.

I think the most fun I’ve had playing music is when I’m with a band and we just jam for hours and let anything happen with no structure, just creating for the joy of playing together. I think this is where I have the most inspired moments and where I feel the most at home. I really love that process and then taking that spark and bringing it into form to build out a new song. I feel like ideas that come from this feel better in every setting, from recording in the studio to playing live that energy really translates.

I miss the real feeling of music of the past. I love when new bands forget all the trends and just play the way they feel is right. I really hope people keep making music they believe in like bands used to do. I think a band becomes timeless when they do what comes naturally and stick to their guns. I hope to one day get to that point where what I do sounds like me and only me, where I can make something that people will really remember.

I wish I could make good music more accessible to people, make radio and T.V. stations have more variety and play more that just a few songs on a loop. There’s so much amazing music going unnoticed. "I think when people get angry about something and turn that frustration into creativity, it really inspires people to get up and do something about what they believe in. I think music can play a huge role in change and I hope we, as people never let that go because it’s really important to making a message heard."  (Photo © by Robert M. Knight)

Make an account of the case of Rock n’ Blues in Canada. Which is the most interesting period in local circuits?

I think there’s great music everywhere and Canada is no exception, there are so many amazing musicians and bands there. I think the issue Canada has is that it’s so big that touring becomes a lot harder but in the end that doesn’t really stop bands from doing it anyway. I think Toronto has a great group of musicians, Vancouver has a cool vibe, the East coast has a very folky tone too, and the prairies have some amazing players too. I think Canadians have a really great appreciation of music and realize how important it is to people.

What are the lines that connect the legacy of Rock ‘n Blues from Foo Fighters, to Zeppelin, Hendrix, and Clapton?

I think great songs and melodies span over all those bands and their generations, their music speaks to people and the members all really believed in what they where doing. I think when people really commit to the message they are sending with their music and own the attitude that goes with that they tend to become something great.

What is the impact of Rock n’ Blues music to the racial, political and socio-cultural implications?

I think when people get angry about something and turn that frustration into creativity, it really inspires people to get up and do something about what they believe in. I think music can play a huge role in change and I hope we, as people never let that go because it’s really important to making a message heard. Rock and Blues I think are the most affective to get a message across because of the inherent angst that the musicians embody.

1969-1970s I think. I’d want to see the bands I love come to be and rise to the heights I see them at now. I’d like to see them at their prime with nothing holding them back. I’d love to see Led Zeppelin at their peak of creativity or be a fly on the wall in the making of their first record. 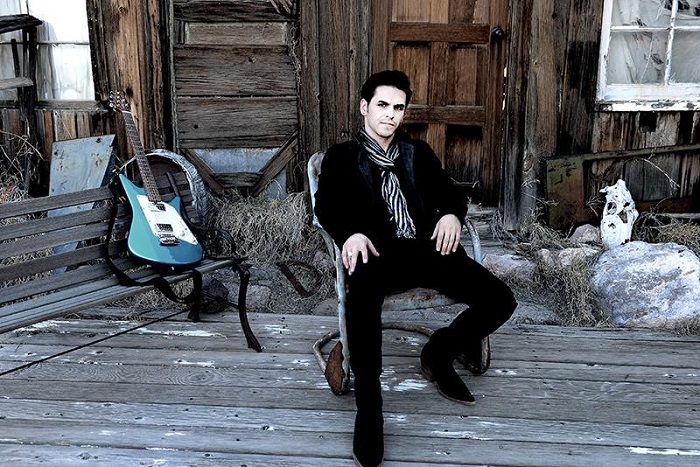