"My hope for the genre is that artists will continue to innovate. You can only play 1,4,5 blues so many times. I think there is an unnecessary pressure on artists from the blues establishment to remain traditional."

Toronto-based Chris Antonik was nominated for Best New Artist in 2011 at Canada's Maple Blues Awards after the release of his debut album, and has since become one of Canada’s most acclaimed blues artists. Blending innovative, thoughtful songwriting with stunning blues guitar work, some music critics have drawn comparisons to Eric Clapton. In its 2010 year-end review, Chris was named the "future of the blues" by Canada's Blues Underground Network. In 2013, Chris’ sophomore album Better for You was hailed by critics as “a masterpiece,” “the best Canadian blues-rock album of 2013,” and “the sound of someone taking the blues to a new place.” 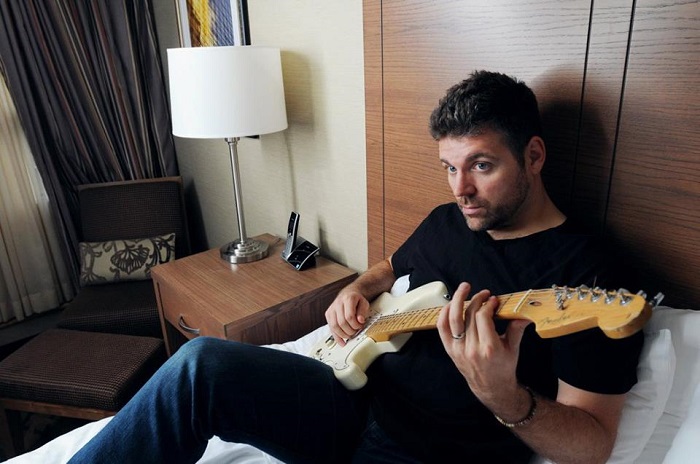 The album spent three weeks at #1 on DAWG FM (Canada's only all blues FM station), attained significant airplay across Canada, the US and Europe, including on Sirius XM Bluesville, and was nominated for Best Blues Album by the German Record Critics’ Association. Oregon’s Cascade Blues Association called it “one of the finest releases from the Great White North in many a year.” Chris has performed at major blues festivals across Canada, and has toured the US extensively, including performances at Buddy Guy's Legends in Chicago (for the 2015 Buddy Guy's Legends Blues Festival), and Biscuits & Blues in San Francisco. In 2016, Chris returned to Buddy Guy's Legends in Chicago, and also undertook his first UK tour, headlining the Upton Blues Festival. On April 7, 2017, Chris released his third studio record "Monarch" which completes a trilogy of self-expression started in 2010.

What do you learn about yourself from the blues music and people and what does the blues mean to you?

Being a blues musician allows me to be as real and as honest as I can. I create music that is reflective of my life experiences. Doing so allows me to learn even more about myself. It reinforces personal growth.

How do you describe Chris Antonik sound and songbook? What characterize your music philosophy?

I would say “guitar-based” and “song-focused.” Guitars support the songs and the solos do not overwhelm. I like to base things in the blues but be able to take liberties with the genre and try different things. I like to think my music is mostly positive, however, my latest album contains some darker songs about a very tough recent period in my life.

In terms of my views of the world, I think being an artist generally helps keep you open-minded and able to see many points of view. In terms of the journeys I have taken, I have made key choices in my life based around my music and being able to continually express myself. I am proud of my choices even though there have been costs along the way. I would say working with my two main songwriting partners, Ben Fisher and Henry Lees, whom I have been co-writing with since around 2009. Henry and I worked on “The King of Infidelity” from my first album (which we still love playing live today!) as well as a few songs on the latest album “Monarch.” Ben and I collaborated on several tunes on my second album as well as on this new one. It’s amazing because he lives in the UK and I am in Canada – all our co-writing has been done over email. These are quite dynamic songwriting partnerships that, frankly, if I had not fostered, I wouldn’t have the material I do. Best advice: slow down and listen.

My whole UK tour last summer (July 2016) was a great musical experience. I had my friend Ben Fisher on board as a second guitar player in the band instead of a keys player. It made the guitar jams more interesting and dynamic.

Well, I have not been around that long. In blues years, I’m think I’m still a young one (41 years old). I just think that blues will always be around.

My hope for the genre is that artists will continue to innovate. You can only play 1,4,5 blues so many times. I think there is an unnecessary pressure on artists from the blues establishment to remain traditional. Obviously blues artists will continue to have some traditional blues in their repertoires, but innovation needs to be encouraged. Preservation only helps the genre to a certain extent and may even be harming it. 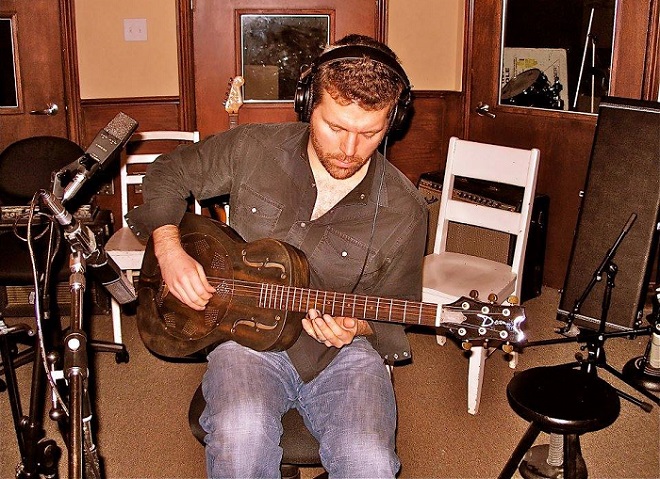 "Being a blues musician allows me to be as real and as honest as I can. I create music that is reflective of my life experiences. Doing so allows me to learn even more about myself. It reinforces personal growth."

What has made me laugh lately is how serious I have taken everything in this business over the last several years, including myself. I’m much more relaxed these days. As I get ready to go on the “Monarch” tour, I just want to have fun, enjoy myself and give audiences some great music.

That’s a pretty heavy question. Let’s just say that I hope my new album, with its songs about forgiveness, letting go and moving on, can remind people that kindness is king, especially in the age of Trump. We need to be forgiving and take higher roads, not cause tensions. I didn’t write this album with any political ideas in mind, far from it. However, during post-production in January, as Trump was being sworn in, it occurred to me that my record’s themes are much larger than myself and pretty important right now.

I would take two trips – I would love to witness both my sons being born again for the first time.