Q&A with Dutch blues guitarist Willem van Dullemen - his own musical signature, based on the Blues roots

"If something like a music form can more or less dictate your whole future life (my life would have been Very different without the blues, I Know!) It must be something very powerful and Real!"

Willem van Dullemen is a Blues man and guitar player from Rotterdam, the Netherlands. Played in the legendary bands Tip on In, the Hoochie Coochie and The Groovetones. Currently playing guitar in Stackhouse and owner of his own shop ‘Real Deal Vintage’. Stackhouse is a swinging harp-led band from the Netherlands and plays traditional blues in the classic Chicago tradition. The inspiration for the band’s name came from bluesman Houston Stackhouse who influenced many blues players that later moved on to Chicago. Despite a pretty big age difference between band members, their seemingly effortless ensemble performance does not suggest any age gap. 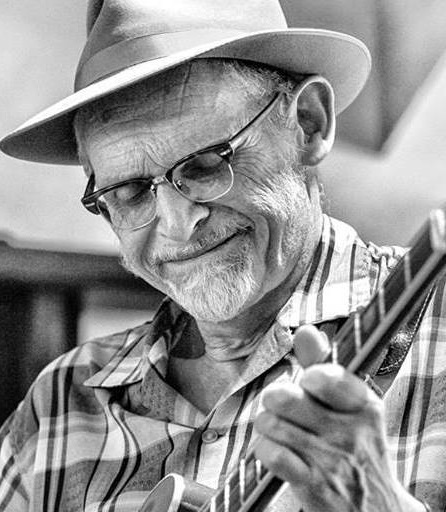 Their latest album “Tailgatin’“ picks up where the band’s debut album ”Big Fish Boogie” left off, and delves ever deeper into the blues this time around. Machiel Meijers (vocals/harmonica) and Willem van Dullemen (guitars/vocals) are the creative force behind the band and together have written the lion’s share of original material for the band. The rhythm section features Bert Post on drums and Fred van Unen on double bass. Experienced musicians Willem van Dullemen (guitar/vocals) and Bert Post (drums) go back as far as the 1981 North Sea Jazz festival where they played in the Hoochie Coochie Band. Together they lay a solid foundation for the band. Experienced musicians van Dullemen and Post go back as far as the 1981 North Sea Jazz festival, but instead of diminishing their abilities, the years have only added to the depth of their playing. Willem van Dullemen is still one of the most tasteful blues guitar players in the country and weaves his guitar lines nicely around those of the talented Emiel van Pelt (guitar) who flaunts virtuoso solos on many songs.

What do you learn about yourself from the blues n’ roots music and culture? What does the blues mean to you?

Basically, if I worked at it hard enough, I could come close to those sounds I loved so much. My love for the Blues made me teach myself to play the guitar, sing and play a number of other instruments. Giving me more confidence as a teenager and plotting my future life in the process!

How do you describe Willem van Dullemen sound and songbook? What characterize your music philosophy?

Trying to create my own musical signature, based on the original Blues forms, of course before you can do. So, you have to study and digest these forms thoroughly. I'm still learning every day. "Nothing grows without roots"!

Which acquaintances have been the most important experiences? What was the best advice anyone ever gave you?               Photo by Michael Loos 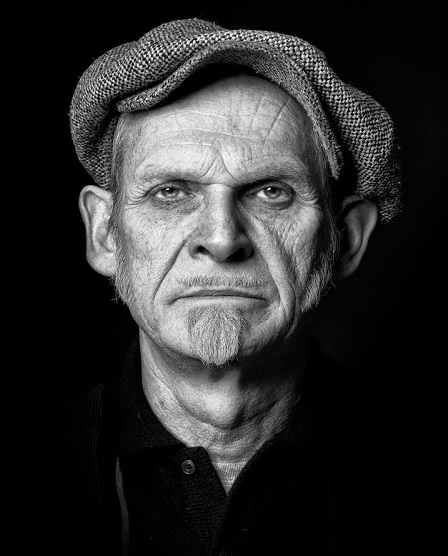 Backing up Katie Webster, the great piano player, taught me to learn to be prepared for anything on stage. Having sat down to write a setlist with us (Tip On In) before doing a North Sea Jazz Festival appearance and then playing a completely different set of songs on stage !!...Not our best performance, lol!! Sharing the stage and in some cases my home, with people like Eddie C Campbell, George Wildchild Butler, Lynwood Slim and more, usually taught me more about life and people in general, though I did pick up some musical pointers along the way. The best economical advice in the early years was probably...keep a day job!!...Which I did most of the time! Of course many of the blues greats, had to keep a day job on and off during their careers as well!

And let us not forget what we musicians learn from our own bandmates! My old buddy from Tip On In, Rien van Willigen showed me a lot about musical freedom with his highly individual musical approach.

A lasting memory;…seeing Son House at the '67 AFBF, his voice a whisper, his singing a roar !! Having grown up in the 60ies, I was Lucky enough to see most of the originators in their prime! All of them very hard acts to follow, still as I get older it saddens me to see so few African American musicians picking up their musical legacy, with the exception of Robert Cray a true original from the 80ies. Of course the 80ies to early 90ies did see a Renaissance of the Old School Blues, headed by the Fabulous Thunderbirds, Ronnie Earl, Duke Robillard, The Hollywood Fats band and many others, truly inspirational times ! All of them people who had "done their homework" studying the greats. I hope they're will always be young people inspired enough to follow this thread, so the original music will still be brought to the audience.

Changes with respect to musicians being able to work and earn a decent income, probably need to be made in the online marketing department, very complicated  but that's one for the next generation to tackle, lol! 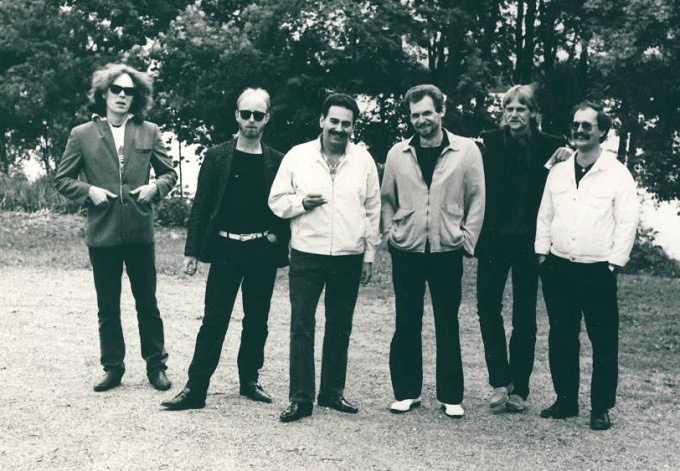 "Trying to create my own musical signature, based on the original Blues forms, of course before you can do. So, you have to study and digest these forms thoroughly. I'm still learning every day. Nothing grows without roots!" (Photo: Willem with Duke Robillard & Tip On In, 1985 Finland)

What are the lines that connect the legacy of Tip on In and Hoochie Coochie Band era with the new generation in Dutch scene?

In the 60ies and early 70ies European musicians largely were trying to copy the US Bluesmen, i.e. the Blues in its true form (most famously the Rolling Stones). In Holland it was not any different. As the 60ies progressed and the music evolved and was actually an important part of radio airplay it became the soundtrack of my generation (excuse me, lol!) So the perception of the Blues for many people is to this day the music of that era, in other words a rock tinged mainly British invention, (John Mayall, Rory Gallagher, Led Zeppelin a.o.) which partly out of nostalgia, is still very popular. As a consequence Real Deal Blues, was and still is a minority of the musical society. On the upside 80ies pioneers, have gained enough notoriety to amass a following that lasts! I see a small and growing, dedicated bunch of young people willing to do what it takes to play the Blues I fell in love with. Thanks to modern technology an ever-growing stream of information enables them to do so, much quicker and perhaps even better! Power to them!!

Why did you think that the vintage and old school culture continues to generate such a devoted following?

If something like a music form can more or less dictate your whole future life (my life would have been Very different without the blues, I Know!) It must be something very powerful and Real! The 20ies-70ies were pioneering times in art, music and fashion that will continue to influence present times. Fortunately looking back will always make sense to some people! To some it’s simply about having a good time, others want to learn from the past, all good!

1) A fly on the wall in Muddy's basement, or Jimmy Rogers' apartment circa early 50ies! Birth of the Chicago Blues and go see The Wolf (never had the chance to see him live) in the evening (as it’s a whole day, lol!) 2) Back to the '67 AFBF in The Hague. 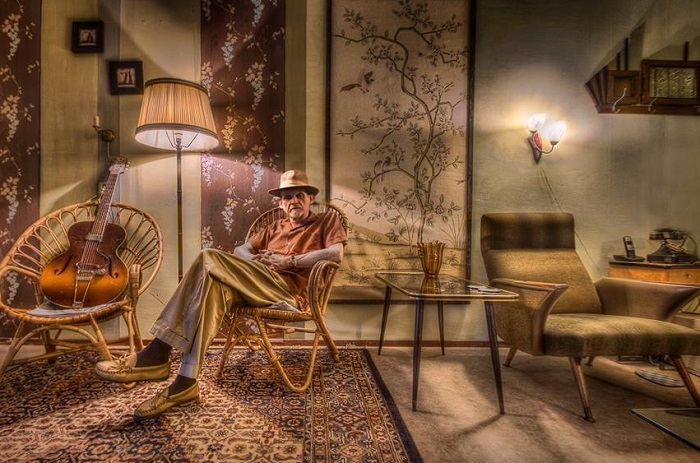