"Blues music, like all music, can bring people together, and can also be a means to call attention too many of the implications in our world today. It can serve many purposes and send many messages."

Guy King’s music is fresh and unique while maintaining a strong link to the musical masters that came before him. His natural musical abilities and his one of a kind blend of Blues, Jazz, Soul, and R&B, are some of what makes Guy King so special in the music world. Born and raised in a small rural town in Israel, Guy first arrived in the US, on tour at the age of 16. Five years after he returned to the USA. After a short stay in Memphis and a stint in New Orleans, Guy headed north to Chicago in pursuit of greater things and a musical career. In Chicago, Guy quickly gained recognition, and joined Willie Kent’s band, serving as his lead guitarist and band leader for a period of six years, until Kent’s passing in 2006, when Guy started his solo career, performing at the city’s top venues, such as: Buddy Guy’s Legends, House of Blues, B.L.U.E.S., Rosa’s Lounge and others.           (Photo by Anna Komarov) Playing at a pace of 250-300 shows a year; Guy had the pleasure and honor of opening the shows of B.B. King, Buddy Guy, and touring the world; performing in Japan, Europe, Mexico, Argentina, Chile and Brazil. In 2009, Guy released his first solo album Livin’ It which was very well received by the public and media alike, and that has opened the doors for two more albums since; I Am Who I Am And It Is What It Is and By Myself. In 2015 Guy was signed by Chicago's Delmark Records to record TRUTH (released on February 19th, 2016). Some of his appearances include the Montreal Jazz Festival, Chicago Blues Festival, King Biscuit Festival, The Paramount Theatre, Polanco Blues Festival (Mexico), Mississippi Delta Festival (Brazil), Basel Blues Festival (Switzerland) and many more. Named as Chicago’s Latest Royalty by Vintage Guitar Magazine, he continues to perform, write and record new material with an ear sensibly tilted toward producing great music: taking the varied music he loves and recasting it in new directions.

GK: The Blues is a form of music to me, and a wonderful one at that. It is deep, heartfelt, and real, true. It is everyday life. If you are asking about me personally, all good music is this!  This is how I see it.

How do you describe Guy King sound and songbook? What characterize your music philosophy?

GK: I think it is natural. It is what comes natural to me. Of course that I plan my music out, arrange it etc., but the source of it, the core of it, is what is natural to me: what has a melody, harmony and rhythm. What has a story. I think that it is my story, at least some of it. The song book is mostly me blending Blues Soul and Jazz in order to tell my story. 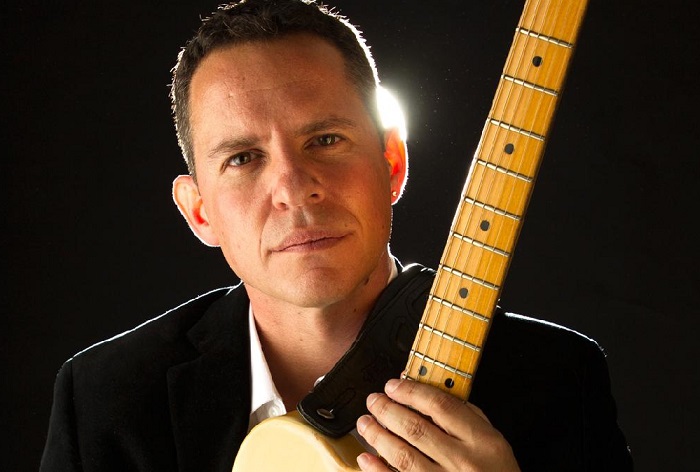 "The lines that connect are the heart and soul of the music. The feeling. It’s a language that people from all over the world can speak and connect through." (Photo by Chris Monaghan)

GK: The most important experiences I have come from my family. They showed me the right way to live, how to treat others, and how to be treated. I believe these things helped to shape me musically as a singer, guitarist, and band leader as well. The best advice I received was shown to me by my parents in their actions. Musically, I remember Willie Kent telling me that my style will come to me, and to keep doing what I do and not rush it.

GK: I remember performing at the Montreal Jazz Festival a few years ago with my band. There were eight of us. I drove the van, and my baritone player drove a couple of the guys in his old Chevy station wagon. I remember all of us asking to make sure his station wagon was in good condition, and him reassuring us that everything was good to go...”Man, it’s a great ride, I’ll take that old Chevy anywhere!”. It was a nice albeit long drive from Chicago to Montreal- we stopped, ate, laughed, and listened to music. Everything was going smoothly UNTIL I get a call from the bari player that his Chevy has overheated. We had to stop, find an auto parts store to find new hoses to install! A few hours later we were back on track, carefully heading to Montreal. We had to spend the night, all 8 of us, in a roadside motel to rest for a few hours. We made it to Montreal about two hours before show time, and I had to give a newspaper interview while I was ironing my dress shirt so we could make it on time for sound check and the performance!

Why did you think that the Delmark Records continues to generate such a devoted following? 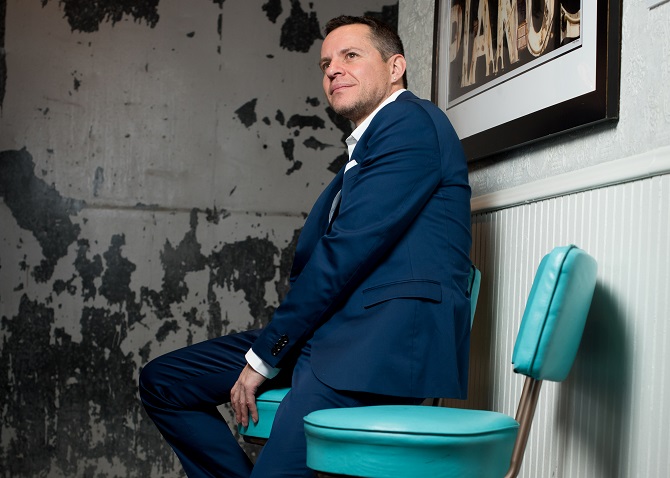 "The best advice I received was shown to me by my parents in their actions. Musically, I remember Willie Kent telling me that my style will come to me, and to keep doing what I do and not rush it."

GK: Most of my musical influences have died before I ever had a chance to see them perform live. I feel that much of the music today does not compare to the quality of music from the past. I hope the listening crowd will love, embrace and respect the Blues for what it is: wonderful music, but not necessarily labeling it as Blues. I think by this happening, the music itself could reach a broader audience who will be able to enjoy it for its greatness.

GK: I would make the industry more about the quality and depth of the music, and less about who you know, or some other aspects that I believe do not have much to do with the actual music, like certain gimmicks that at the end of the day count for nothing, but nowadays seem to be necessary to garner success and praise in the music industry.

What are the lines that connect the legacy of Blues from States to European and from Israel to South America?

GK: The lines that connect are the heart and soul of the music. The feeling. It’s a language that people from all over the world can speak and connect through. 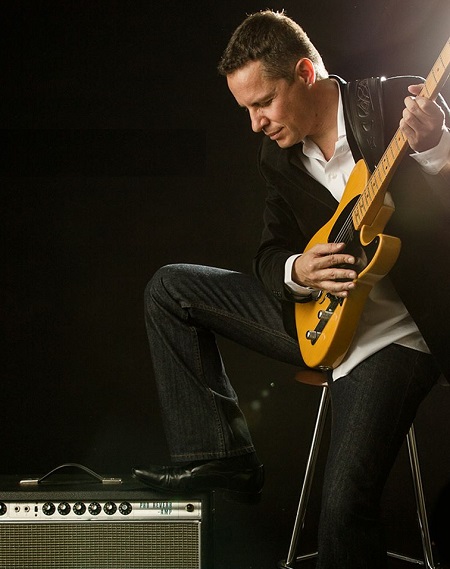 GK: Blues music, like all music, can bring people together, and can also be a means to call attention too many of the implications in our world today. It can serve many purposes and send many messages.

"I think that it is my story, at least some of it. The song book is mostly me blending Blues Soul and Jazz in order to tell my story." (Photo by Chris Monaghan)

GK: 1965. I would go catch Wes Montgomery, Erroll Garner, B.B. King, T-Bone Walker, Albert King, then make it on time to see the late set by Ray Charles, and go to sleep happy. Or I would go to 1935 and spend a day in The Delta meeting Robert Johnson at The Crossroads. I would leave before nightfall comes so I could avoid meeting the devil…