"I would stop free online music streaming. These corporations came up with a way so they don`t have to pay the artists. It is a total rip off."

Little G Weevil is a Hungary born guitarist, singer, songwriter, producer living in the United States. He is known for his authentic style heavily influenced by vintage blues, funk and soul music. Little G Weevil was born with a soul for adventure. He always had such a drive and passion to perform that after seeing him jamming on three different stages on a single night, a fellow musician dubbed him "Little G Weevil. He formed his first band in 1998 and began touring mostly in European countries before moving to the South of the United States in 2004. He spent time in Birmingham, AL and Memphis, TN doing any jobs he could to get by as he absorbed the music. He washed dishes, cleaned rooms, and did construction work as he tried to establish himself on the local scene. Finally, he got his break with a steady gig on Beale Street in Memphis and his reputation started to grow. Today Weevil is a highly esteemed member of the worldwide blues community. He won the Blues Foundation`s International Blues Challenge in 2013, and has been nominated for a Blues Music Award and a Blues Blast Music Award. He has released five well-received albums and toured across the globe. His debut solo work "Southern Experience" was released in 2008. His second album "The Teaser" followed four years later and wowed critics worldwide. It was ranked one of the best blues albums of the year by Mojo magazine the elite England based publication, and topped the blues chart for an entire month in France. 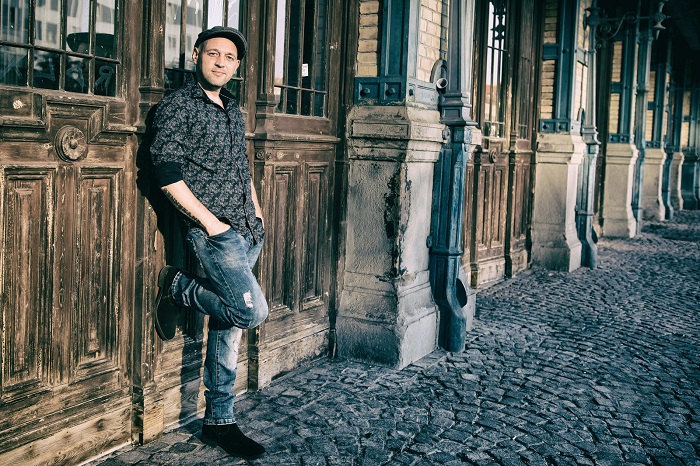 In 2013 his first full length acoustic record "Moving" was a Top 10 album on the global internet blues radio airplay chart for two months in a row, Mojo Magazine ranked it Top 3 "Best Blues Album of the Year" and it was nominated for Blues Blast Music Award "Acoustic Album of the Year". In 2016 "Three Chords Too Many" has received an Independent Blues Music Award nomination in the "Best Acoustic Blues Album of the Year" category. His latest album "Something Poppin`" (XLNT Records) was released in November, 2017 through Vizztone Label Group. This is a groundbreaking work that shatters preconceived notions of style and genre. This record has everything that blues music had influence on - Rock n Roll, Soul, Funk, R&B even Hip Hop and Rap elements mixed together with the essence of what they all come from: Blues. During his travels Weevil has shared the stage with legends such as the Neville Brothers, John Popper, Johnny Winter, Anson Funderburgh, Sam Myers, Lee Oskar, Denise Lasalle, Big Jack Johnson, Willie King and many more. Little G Weevil is based out of Atlanta, GA, and continues to perform as a solo artist as well as with his long time duo partner on drums Daniel Harper, and a world class electric band.

The Blues to me is the deepest musical genre there is. However, I don`t take the Blues as music "only" but as part of a very rich and fascinating culture.

Understanding the Blues is like learning a language. So I have spent the past 22 years studying the African-American culture, trying to understand the people, why they do what they do, why they say what they say: the history, the beliefs, the habits, daily life, etc... It was necessary to me - as a Hungary born musician-  to be able to represent a culture I was not born into. I`m not black but at least I took time and effort to try to see their point of view which is an absolute must when you play this music. Without that, my blues would be meaningless.

My first influences were John Lee Hooker and Albert Collins. The first 10 years I played electric blues then i studied the acoustic blues. Specifically, the North Mississippi style, like Fred McDowell, R. L. Burnside. I always liked drums and the beat and this North Mississippi style carries more of the pure African influence with hypnotic grooves and heavy drums. That`s my thing. I released 5 albums so far with original songs. My style is a big mix of old school southern blues, funk and soul with a hint of Afro rock in it. To me, it`s all the same thing really. As far as creativity...If you are a person with strong opinion about human conditions and life in general, you should not have any problem with creating. I write down what i want to say and add a few grooves and chords to it. I don`t make it very difficult just want to keep it real and the message to come through. 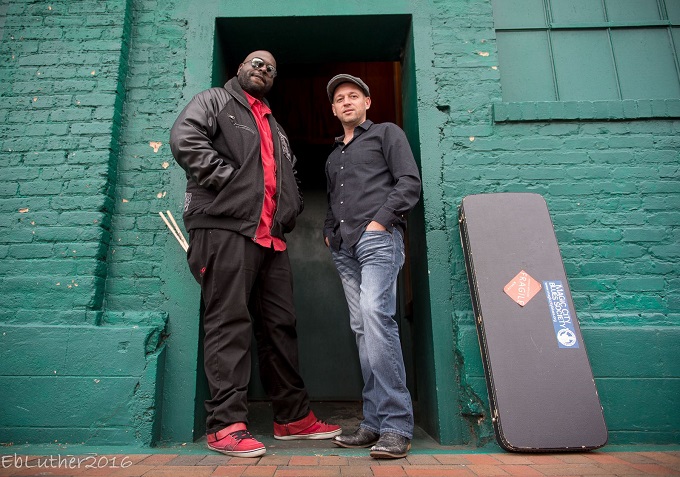 "I think European blues has come a long way and these days it is very exciting. Most European blues musicians study all genres within blues, they don`t only play one style of blues. On top of that, many add their own countries` musical influences to their compositions and that blending creates a fascinating sound. It is different from the US sound but still super cool." (Photo by Ed Luther)

Perhaps the most important experience in my musical career was "getting schooled" in Memphis. I spent two years there, playing on Beale Street on my own and as a member of Ms Zeno the Mojo Queen Band. That was like a blues university back then. That`s where I received the best advice, too. "G, stay in the pocket". I said, "okay, okay". Now, 13 years later once I get into a groove you do not, ever see me move away from it. Once in Memphis I was told to stay in the pocket, so that`s where I will be. Haha.

There are way too many to list. I played over 2000 concerts in my career so far. I just feel blessed to be able to spend my life with what I love doing. Having a talent is a blessing. Everybody has some kind of talent. You just have to discover what it is. Dentist, barber, mechanic...Whatever that is. I do music. I always encourage my son to discover his talent so he can find his purpose in life. I believe that is the right path towards happiness.

It`s hard to be objective on this topic without causing damage. But I can tell you that I always loved what strong characters these blues men and women were back in the days. They had the charisma, they had something to say, they were powerful, real and extremely creative. They had the drive to stand out. They were HUNGRY! It was an absolute must to come up with a new sound, a new riff, to build a legacy on their own. They did not want to be copycats. They did not want to sound like the other. That`s the way it should be. The genre and its performers have to move with times and continue creating music that sells. We are not tribute acts. At least I am not. So, the industry must open its doors to new way of thinking in blues so this genre not only can stay alive but be successful all over again.

I would stop free online music streaming. lol. These corporations came up with a way so they don`t have to pay the artists. It is a total rip off. I cannot blame the audience, who doesn`t want free stuff? But hey, these online music providers should pay the artist right. We don`t see a dime from any of this. 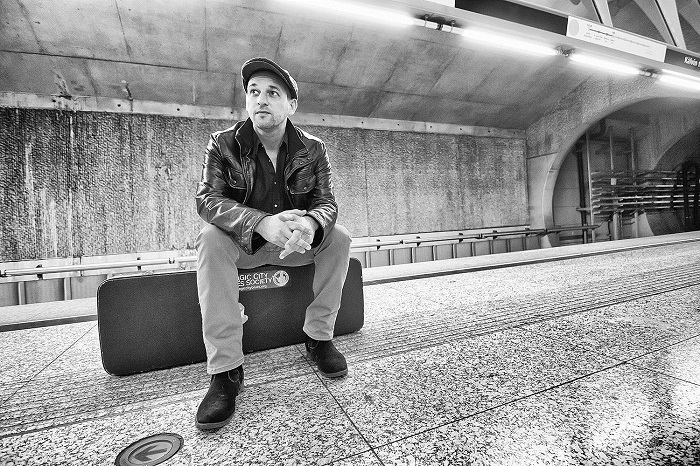 "Understanding the Blues is like learning a language. So I have spent the past 22 years studying the African-American culture, trying to understand the people, why they do what they do, why they say what they say: the history, the beliefs, the habits, daily life, etc... It was necessary to me - as a Hungary born musician-  to be able to represent a culture I was not born into."

What are some of the most important lessons you have learned from the different between European and US scene?

I think European blues has come a long way and these days it is very exciting. Most European blues musicians study all genres within blues, they don`t only play one style of blues. On top of that, many add their own countries` musical influences to their compositions and that blending creates a fascinating sound. It is different from the US sound but still super cool. Of course, there are the purists, the hard core European blues musicians and you will not be able to tell where they are originally from. They have the licks down just as good as the Americans. It is nothing but a feeling. You either have it, or you don`t.

This music completely has changed my life as soon as I first heard it at the age of 16. I`m 40 now. I was able to travel and perform in 18 countries so far, meet people, see places and experience different cultures. These are beautiful things. Seeing and experiencing give you an open mind. It makes you understand other nations and races and you learn to respect all the differences around you. And for that I`m extremely grateful.

I don`t like to go into politics, it is not my place. But this would be a very interesting conversation at a blues workshop or conference.

Just one day??? Maaan. I would have loved to spend a day with John Lee Hooker. In case he`s busy I`d choose Martin Luther King. lol. Learning is good for you, you know. 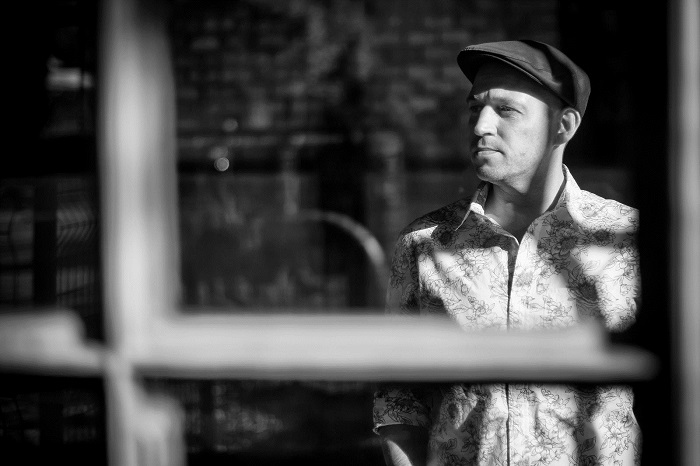