"Music connects people from all over the world, independent of their origin, religion or race."

Minor Cabinet is a young five piece indie-blues-rock band from Krefeld/Bochum, Germany, whose debut album ‘black ink on white sheets’ released in 2015. Formed only recently in 2012 the band has enjoyed an exciting couple of years, releasing their debut EP ‘Near The Border’ in 2013, touring the EP extensively and selling out shows during late 2013 & 2014, in doing so building up quite a following. At the end of 2014 Minor Cabinet decided to record their first full-length album with renowned producer & engineer Thomas Hannes. It was during these recording sessions in the Tresorfabrik studio in Duisburg that the band caught the attention of studio co-owner, record label owner and blues-rock artist Kris Pohlmann, who quickly decided to sign the band to his label ‘Black Penny Records’. 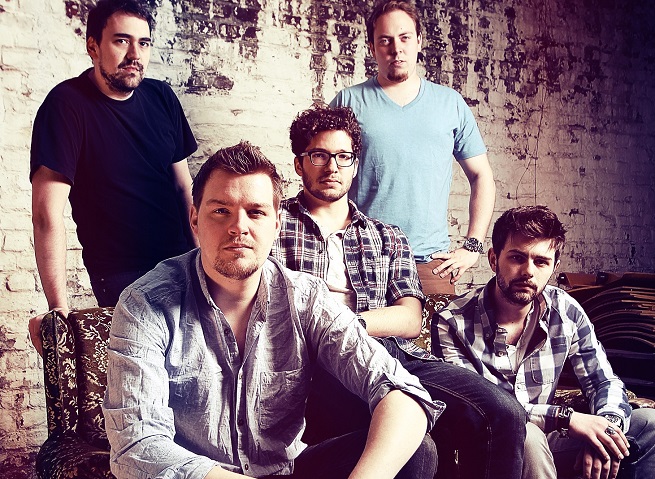 The album features 12 songs written by the band’s singer & songwriter Julian Jasny who originally formed the band with drummer Roman Dönicke. The secret lies in the intelligent songwriting of Julian Jasny and the band’s unique ability to turn every song into dynamic, cleverly arranged songs. Julian Jasny’s voice captures the listener with his ability to tell intimate stories one minute and pour all his emotion into powerful choruses the next. It’s a similar story with the band’s lead guitarist Clemens Bombien. From the evocative blues licks, which add such flavour to ‘V1’, to the mesmerizing outro solo of ‘Fly Into The Sun’, Clemens Bombien adds such fire to the album. With a rhythm section comprising of the powerful drummer Roman Dönicke, the driving bass of Paul Krobbach and talented keyboard playing of Tarek El Kassar, Minor Cabinet is one hell of talented group of musicians. After Tarek El Kassar left in October 2015, Christian Peitz joined the band for their "black ink on white sheets"-Tour 2015/2016. He enriches the band's sound array with his organ and piano skills and his great experience.

What do you learn about yourself from the Rock & blues music and culture? What does the blues mean to you?

Julian: As a musician, I learned to really hear to my inner voice, my thoughts and my emotions. I’ve accepted that I need them to be creative. I think this is what music, especially blues music, is all about: step up and shout out your feelings, your pain, your sorrows – everything you have inside. I hope people realize that this is the most authentic way to be an artist. I first discovered blues music listening to some old Eric Clapton/Cream song tunes as a teenager. They influenced me, but many other musicians and styles did, too. I love to listen to music that represents the state of mind I’m in.

Clemens: Where ever in the world this kind of music is well played the feelings in the audience is the same. Like Buddy Guy said: "Blues is the roots, and the rest is the fruits." No modern music would exist without blues music.

Roman: The rock and blues music is an essential style for me as a drummer. The versatility of these genres seems to be endless. History, feeling, true messages, simple music which lots of different faces but a specific claim.

Paul: I especially learned that there is never an end in sight. It always keeps going. The music evolves and you constantly meet new bands and new musicians. To me, Rock & Blues means meeting people and getting in touch with them.

How do you describe Minor Cabinet sound and songbook? What characterize band’s philosophy?

Julian: What I like the most about our style of music, is the dynamic and wide range of compositions. We haven’t got any rules regarding our songwriting, except that we all have to agree with the style, the arrangement and the emotional content of a certain song. On the one hand, if you listen to the record you will find this heavy bluesrock tunes like “Daybreaker”. On the other hand, you will find a piano ballad, a singer-songwriter-composition and an indiepop/rock tune. What’s necessary to play a song is that it feels good to play the song, that it feels true and authentic – that is what we want to express through our music. 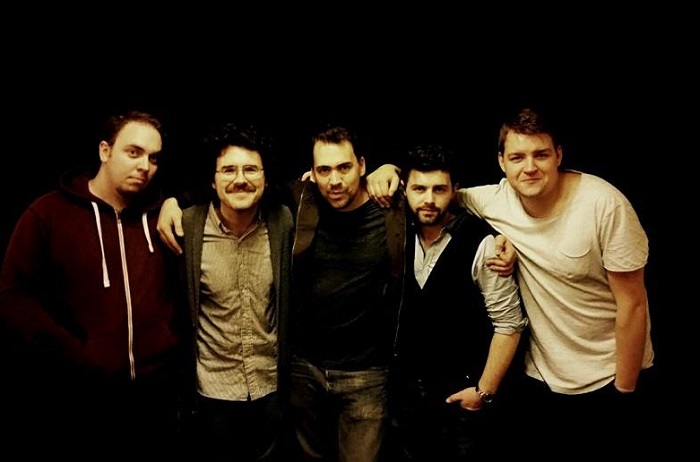 "My hope is, that we can reach a more people with our music than we actually do. The music business massively depends on temporal trends. If you follow, you’ll have a bigger chance to be successful. But this is not what we want to do."

Clemens: The most memorable moment in my musical career was my first TV appearance in 2010 together with The Blues Company at the Lahnstein Blues Festival in Germany.

Roman: The most horrible gig was with a cover band back in 2010. It was a cloudy and rainy day in Germany and we were asked to play at a party of a soccer club. When we arrived there was no sound engineer and we had to build up the open air stage on our own. Later we recognized the stage hasn't even a roof. But after an exhausting day we played a very successful gig. But playing with my band Minor Cabinet is always a surprise. When we're on stage we never know what happens next. Playing with such great persons and musicians is the best experience I've ever made.

Paul: During a CD production in 2010 a dog ate my pizza in the control room while I put microphones to the Drumset. The dog probably liked hot pizza.

Julian: I really have to say, I don’t like to look back in glorified nostalgia. This doesn’t mean that I don’t appreciated music from the past. In opposite, I love music from the 70s, the great blues rock tunes and I love the Beatles, Springsteen, Hendrix, Ray Charles and many other artists, who recorded great albums over the last 50 years. However, there are and there always will be great artists. Look at John Mayer, Gary Clarke Jr., Blues Pills, The Temperance Movement (just to mention a few): they found their own, new style of playing blues and rock music. They put their hearts into it. I love to discover new bands, and I think there are great new bands recording great new albums. Hence, back to your question: I don’t miss anything. I’m looking forward to discover great new music in the future and to keep listening to great music of the past. My hope is, that we can reach a more people with our music than we actually do. The music business massively depends on temporal trends. If you follow, you’ll have a bigger chance to be successful. But this is not what we want to do. Even if our music is not the mainstream-thing, we will keep playing what we want to play. Because people who come to our concerts love it, too. This is the best thing that can happen and this is why we do it.

Clemens: Fears - not to cut my fingers off during working days (I work with some dangerous machinery).

Roman: That's a difficult question because I can still image how it was those days. But I belief that music had a more important standing in culture than nowadays that I'm still missing. Music is an easily accessible product no one wants to pay for. I hope it will change one day... we'll see.

Paul: There's nothing that I miss in music of the past. On the contrary, you can always find something new in the old. I do hope, of course, that I can make music for the rest of my life. 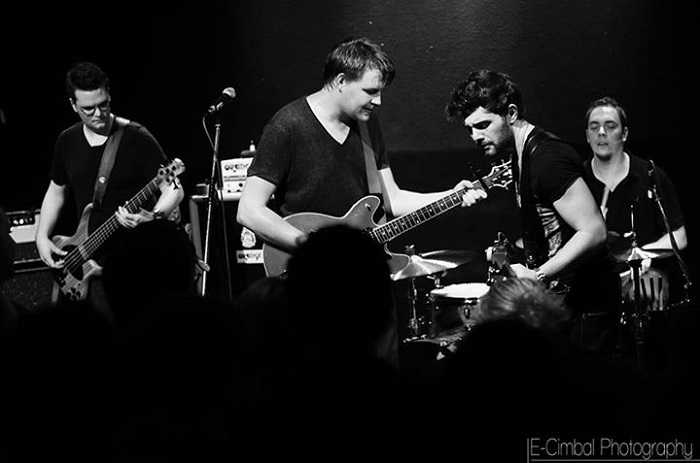 "What I like the most about our style of music, is the dynamic and wide range of compositions. We haven’t got any rules regarding our songwriting, except that we all have to agree with the style, the arrangement and the emotional content of a certain song." (Photo by Eric Cimbal Photography)

Make an account of the case of blues in Germany. Which is the most interesting period in local blues scene?

Julian: There is a lot of old-school blues in Germany. The blues-audience loves it, but there were no real changes or surprises over the last years. However I wouldn’t say there is a standstill. There’s just need of someone popping up and presenting a few fresh songs, better lyrics, surprising compositions. Hope we can do it.

Clemens: Nowadays, because actually they are a lot of young bands playing on a high quality level.

Paul: For me personally: When Kris Pohlmann established his label Black Penny Records.

Clemens: All the blues musicians in the States, UK and Germany have the same idols.

What is the impact of Blues n’ Rock music and culture to the racial and socio-cultural implications?

Julian: I can’t really tell if there is an impact here in Germany. I am not a sociologist. But the scenes are much smaller than they are in the US. So I guess there is no such impact.

Paul: Music connects people from all over the world, independent of their origin, religion or race. 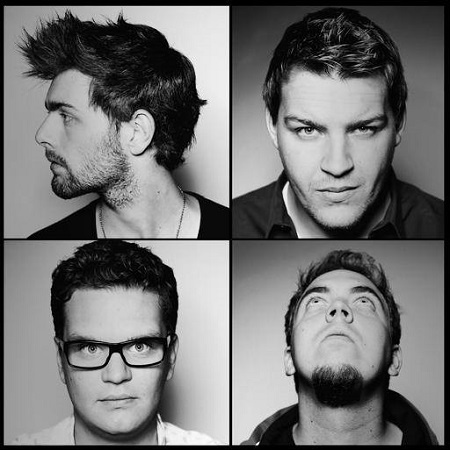 Roman: It would be interesting to experience the music culture of New Orleans the last century! It was the hot spot of music you can never find anywhere else.

Paul: Where I’d really wanna go? Actually, as a huge “Back to the future”-Fan I’m kinda scared of the space-time continuum… I’m happy living in the here and now.