"Music is after all a community thing - expression, friendships and joy. Work hard, but don't be too serious and always be nice to your peers and grateful that you can do this - playing music."

Assaf Kehati is a Brooklynite jazz guitarist and composer. He is dedicated to his craft, has a keen sense of style, and is a true chocolate lover. Garnering comparisons to both Pats (Metheny and Martino), the Israeli born guitarist Assaf Kehati mixes elegance, lyricism and hard swing in his compositions and playing. Leading his own jazz trio, Assaf has worked intensively within that framework, but has also expanded his group to a quartet featuring artists such as Donny McCaslin, Joel Frahm, Seamus Blake, Anat Cohen, Eli Degibri, Victor Lewis and Billy Hart. As a leader Assaf has performed in venues such as the Blue Note, Toronto Jazz Festival, Atlanta Jazz Festival, Washington D.C. Jazz Festival, YardbirdSuite, Smalls, Regattabar, Barranquilla Jazz Festival, Lima Jazz Festival, The Kitano, Nisville Jazz Festival, and Brno Jazz Festival. 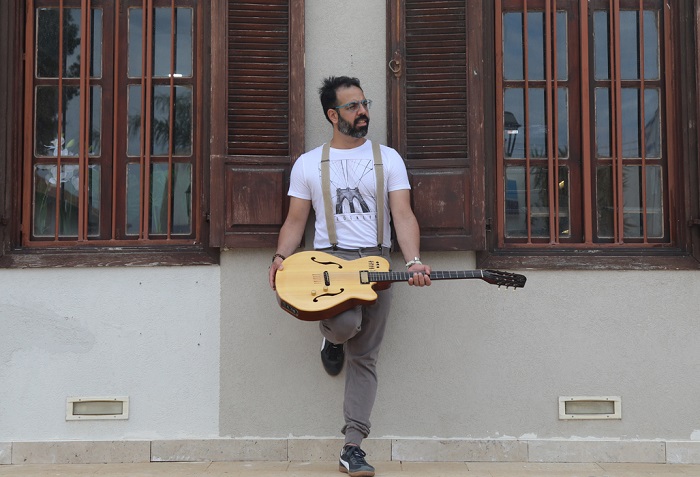 His love for jazz started when he was 20 years old. After 8 years of playing Rock, Blues and Folk, Kehati heard Pat Metheny and started transcribing artists such as Metheny, Jim Hall, Doug Raney, Keith Jarrett, and Paul Desmond. Fascinated by the new music he had just discovered, he practiced constantly. After two years of woodshedding, he went to Rimon School of Jazz and Contemporary Music in Tel Aviv to step up his jazz education. Already in his first year, he accomplished 3rd place in Israel's "The Jazz Player," a national competition that included all instruments. Assaf is keeping on working and developing his newest project: Velour Dreams The project is featuring new and exciting jazzed up arrangements to famous pop songs from the 80s by artists such as Sting, Depeche Mode, Suzanne Vega, Paul Simon, Sinéad O'Connor and more.

How has the Jazz and Pop/Rock Counterculture influenced your views of the world and the journeys you’ve taken?

I grew up in Israel listening and playing rock, pop, blues, folk, and heavy metal. Only when I was 20 years old, I got into jazz. Jazz brought me to America, first to Boston, where I got my Master's in jazz performance at New England Conservatory and then to New York where I live now. It's an amazing journey pursuing jazz as a career, since it brought me to a different country, leaving home, and being very independent in my thinking and actions, building my career and my future step by step all by myself.

My sound was described as a mixture of Pat Metheny and Pat Martino by some music critics. I feel that my sound and music philosophy comes from several elements:

- Repetitive practicing while finding my own musical sounds, phrases and techniques and keep practicing those concepts for many years and perfect them and understand them better and better as time goes by.

- Playing with musicians I really like musically as well as great human beings.

- Enjoy the music I play, having fun while playing, and don't box myself to one thing.

As a result, over the years my music ranged from original materials, fusion, jazz standards, arrangements of standards, Brazilian music, and arranging famous 80s pop songs. Nowadays, a typical show I'll play with my trio will include my own songs as well as Israeli folk songs, a song by Sinatra, Charlie Parker, Sting, Norah Jones and Bob Marley, all in one show. I like to have this freedom to play any song I like from any genre/ composer. 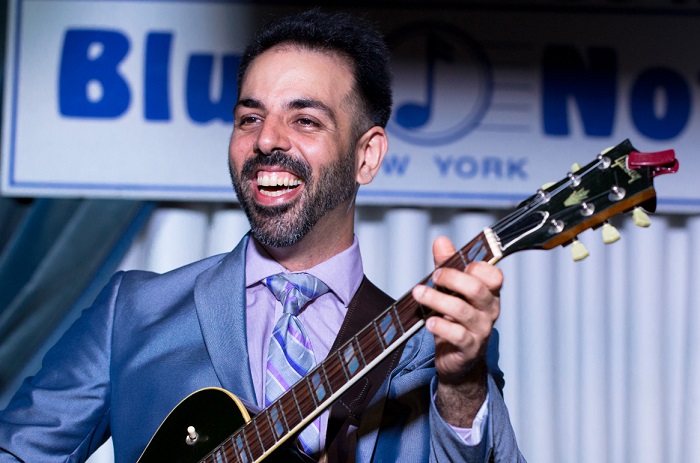 "I grew up in Israel listening and playing rock, pop, blues, folk, and heavy metal. Only when I was 20 years old, I got into jazz. Jazz brought me to America, first to Boston, where I got my Master's in jazz performance at New England Conservatory and then to New York where I live now. It's an amazing journey pursuing jazz as a career, since it brought me to a different country, leaving home, and being very independent in my thinking and actions, building my career and my future step by step all by myself."

Best meetings were playing on stage with some of my heroes (not all at once haha): Billy Hart, Victor Lewis, Donny McCaslin, Joel Frahm, Seamus Blake, and others. New York is an amazing place to study and play with the greats. It's great to be near these guys on stage, hear their sound and time feel while playing a show together. Another great experience is my duo gig in Manhattan, I get to play every week a duo gig with some of my favorite bass players. This allows me to perfect my playing in a duo setting while learning from the best, some of the bassists are: Michael O'Brien, Peter Slavov (Joe Lovano), Rick Rosato (Gilad Hekselman), Harvie S (Sheila Jordan), Steve LaSpina (Jim Hall). All these music encounters and playing with some of these musicians for a while teaches you what they know. It's a great school.

One of the best memories is my first show with Billy Hart. I transcribe one of his songs, a beautiful ballad that he wrote for his daughter Imke. He didn't know I know the song or that we're going to play it and it was a touching moment and a surprise for him. In the show I didn't tell him what song were going to play but just started playing it (on our first show together). The whole experience to play for the first time with such a giant was amazing and especially surprising him with his own song on stage. There is even a video of that show on YouTube where he takes the microphone and say how honored he was that we played his song.

Another good memory, which is not a far memory since it is still happening these days are my shows at Jules Bistro in NYC. I play there once or twice a month with my trio and the audience is great, and it's always fun to bring the trio there while many of my friends, colleagues, business partners, my girlfriend, friends of friends are all sitting at the bar. It feels really warm, community, family vibe. The trio, friends, audience, are all one. 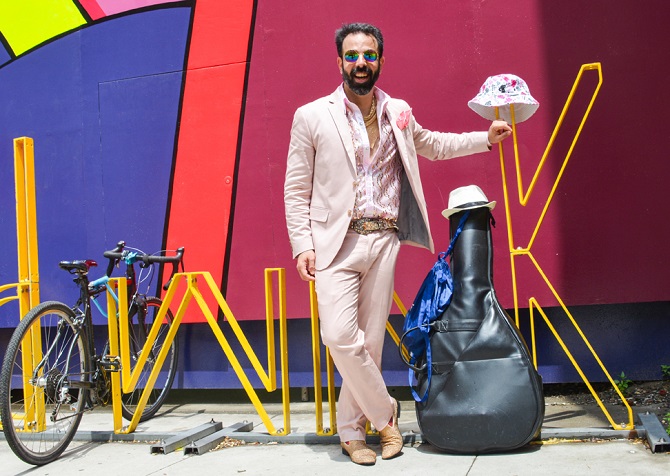 "Practice what you like to hear. Play with people. Find your own sound. Keep practicing it for many years consistently. Don't be afraid to meet and play with new people, go to shows often and introduce yourself at the end of the show and build a community/ jam with people."

I liked the fact that in the past that I would get an album and listen to it carefully for a while. Nowadays everything is online and it's tempting to hear one minute from a song and then another minute from another song and that's it... Everything moves really fast and people's focus level is close to zero. People don't buy music, or listening to a whole song, not even talking about listening to a whole album. There is too much of everything and it's available at the tip of your fingers. It's very distracting for me as well. Other realities is money... Rent prices in NYC are now 5 or 10 times more comparing to 20 years ago, while the musicians salary stayed the same. In the past people played 4 gigs a month to pay the rent, now they have to play 20 gigs to pay the rent - making it really hard for musicians to focus only on music. There are also less budgets worldwide today and much less touring. Less music appreciation. It's scary that the music business might keep going down slowly.

Based on the other question, I would make sure that every musician have a decent salary.

Practice what you like to hear. Play with people. Find your own sound. Keep practicing it for many years consistently. Don't be afraid to meet and play with new people, go to shows often and introduce yourself at the end of the show and build a community/ jam with people. Music is after all a community thing - expression, friendships and joy. Work hard, but don't be too serious and always be nice to your peers and grateful that you can do this - playing music. 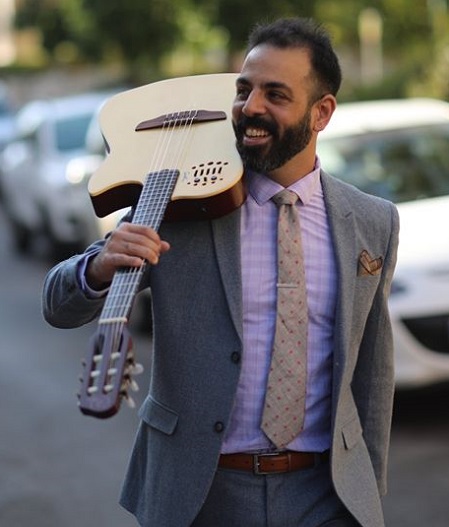 Music needs to serve a community. It can be a small or a big community, in a little town or worldwide or both. But it's all about that process/ cycle of a kid learning music, music leads him (with the up and downs and struggles) through life, eventually that kid is more a grown up and plays in a small or big community, interacting with students and audiences and colleagues, and later, towards pension age perhaps dedicating his time to more teaching, supporting the young generation, perhaps opening a music club or a cultural center or a music school where he lives or back in his hometown, and that's a healthy life cycle for the own individual as well as for his environment.

I would like to be where I live now, in NYC, but 50 years earlier and go around town and hear different bands in different clubs every night casually...Miles, Coltrane, Monk, Mingus, Wes, Bill Evans, etc. Just going to a club and casually see all these giants night after nights and say: "hi Stan (Getz), was a great show, what are you guys doing later? Let's go jam somewhere? Or go somewhere for a drink?"