"The Blues helped the white and black people get closer. The white brought the Blues to Europe and the UK and in the whole world which is an incredible thing!"

Roberto Morbioli plays the Blues. He can breathe fire from his axe like a young Clapton or Stevie Ray. Crowded, noisy bars hush a bit when he steps up and folks look around to see who this is making such a holy wail. Roberto was born in Verona, Italy and picked up the guitar when he was very young. He has played at some of the biggest European festivals like Amsterdam Blues Festival, New Orleans Music Festival in Ascona and San Remo Blues Festival. He has performed in the USA at B.B. King’s Blues club in Memphis, “Antone’s” in Austin, Texas, the North Atlantic Blues Festival in Rockland, Maine and regularly tours in New England. In 2011 he was granted a US working visa as an artist of extraordinary ability. In 1991 he founded his own band MORBLUS which brought him critical recognition and awards. Since 2015, he dedicated himself to his new acoustic project, the Roberto Morbioli Trio with whom he recorded “Acoustic Me”. The CD was awarded with the Academia Award as Best Blues CD in January 2016. 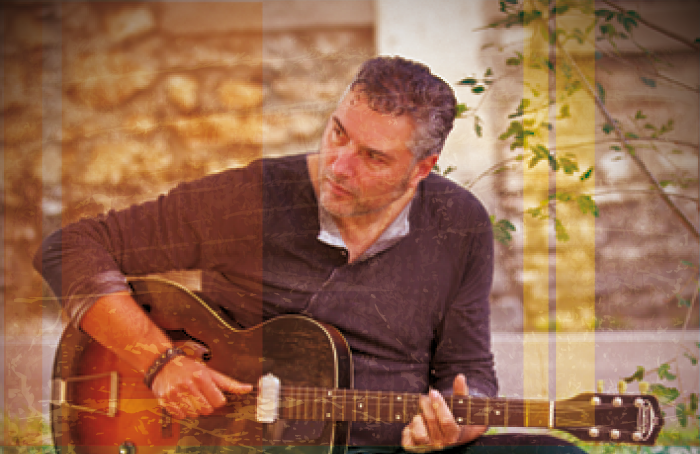 His personality and unique playing style shine through all his interpretations so much that, even while recalling the styles of blues greats such as Freddy King, Albert King, B.B. King, Albert Collins, T-Bone Walker, Steve Ray Vaughn and Eric Clapton, you see and hear that every note coming out to this Italian bluesman is coming straight from his big heart. And it's so infectious that you're caught up in it before you realize what's happening. Morbioli’s guitar playing is nothing short of magic, and as a singer, his powerful voice recalls Sam Cook, O.V. Wright, Little Milton, Otis Redding, Robert Cray and Donny Hathaway. You don't even think about it, you just know that the blues flow so naturally for Roberto Morbioli, and his guitar playing and vocals are so polished, he sounds as if he grew up closer to Chicago than Verona, Italy.

I started listening to Blues music when I was 12 although in those days, in 1977, Rock and Roll was popular in Italy. I began playing and singing this kind of music that I heard on the radio with my favorite artists being: Eddie Cochran, Jean Vincent, Bill Halley, Chuck Berry, Carl Perkins and many more. Later I discovered the Blues and my first LP was Show Down from Albert Collins, Robert Cray and Johnny Copeland. From that day one, I started playing the Blues!

For me, Blues is the expression of a certain state of mind. Therefore, what you have inside comes to the surface and is expressed by your voice and your instrument. It’s something that is difficult to explain, and most of the time it’s not me who understands it but the audience that listens and gets blown away and captivated by this energy that is transmitted by my guitar and voice.

How do you describe Roberto Morbioli sound and songbook?

I define myself as a musician with a great passion for music. In my 30 years career I have never sold my soul but I’ve always played my music with simplicity and respect, keeping in mind my roots without trying to be a black bluesman knowing that I will never have a Chicago or Memphis background. I define my music as music without giving it a certain tag because my songs are a mix of various kinds of music that I listened to in the past and present. Therefore, I’m not only a Blues musician but I can say that the pattern is Blues because this is where it stems from. 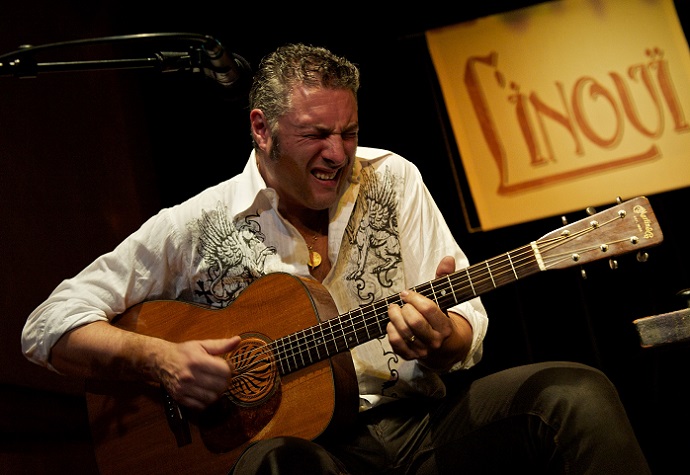 "What miss most are devoted people who work in the Blues scene like concert organizers, journalists etc who throughout the years diminished throwing away years of hard work."

If a musician who plays a niche music genre like Blues only thinks of his success and money, he didn’t understand anything. Who plays this music has to think like an artist with his studio who day after day creates his products with love, passion and dedication. It’s only like this you can become known and spread this music genre. Those who love Blues, Jazz, Soul and Country music don’t like big distribution but everything they can touch with their hands, like enjoying a beautiful concert in a small club and then buy a signed CD copy and drink a beer or a glass of wine with the artist who just some minutes ago played a tremendous solo in the middle of the audience. Blues music needs the physical contact with the audience!

Remember that the Blues is a medicine that can heal but also kill you!

What has made you laugh from your experiences in USA and what touched (emotionally) you from the local circuits?

I’ve played in America for almost 10 years and I can say that the spirit of the American audience is fantastic. Every time I arrive in America for a tour, I know that the loyal audience waits for me and supports me. The most interesting thing is that different from what I experience in Europe, the people there don’t care if you’re white and play the Blues. They come to my concerts, pay the ticket and respect me just because I play my music and convey my feelings. The European audience has to learn this, to respect a musician for his music and not for the color of his skin or his country of origin!

My memory is from 1989 when I was lucky to meet Valery Wellington, a great Blues singer. She came to my home town Verona for a tour, I went to get her at the airport and told her that I had organized a rehearsal for the tour, and she said: “Hey Roby if I’m here it’s because you are professional and good musician so we don’t need to practice, let’s go to a good Italian restaurant and have a nice tour together!!!” "For me, Blues is the expression of a certain state of mind. Therefore, what you have inside comes to the surface and is expressed by your voice and your instrument."

What miss most are devoted people who work in the Blues scene like concert organizers, journalists etc who throughout the years diminished throwing away years of hard work. In my small world, I used to organize a festival in my village where I still live in the center of Valpolicella. It was called Mazzurega in Blues. After 11 years, we had to stop because of the lack of sponsors and ignorance. For the future, I would appreciate if the lovers of Blues and good music put some more effort in supporting it by going out and keeping the live music scene alive. It’s a very valuable cultural asset that is good for your soul, and instead of staying at home in front of the TV or PC, go out, drink a beer and listen to music!

Being a Blues musician should become a recognized profession approved by the State!

The Blues helped the white and black people get closer. The white brought the Blues to Europe and the UK and in the whole world which is an incredible thing!