"Music, poetry and activism have been the mainstay of my life, the fabric that has been woven into the relationship of these forms of artistic and socio-political expression." 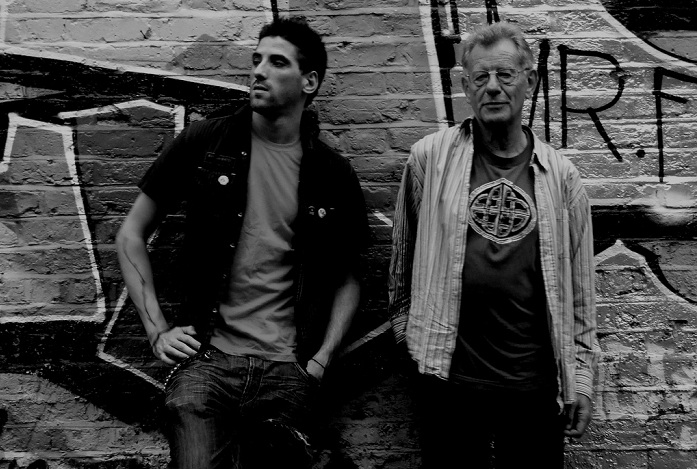 Lee Harris is a South African writer and performer. He was one of the few white members of the African National Congress, where he helped with the Congress of the People and met Nelson Mandela. He acted with Orson Welles, Dame Flora Robson, wrote for the British underground press including International Times, helped found the Arts Lab and has been an instrumental figure in the British counterculture movement since the seventies when he published Brainstorm Comix and Home Grown magazine. Harris arrived in London, England in 1956. He studied acting at the Webber Douglas Academy of Dramatic Art. Lee Harris’ recent book Echoes of the Underground: A Foot Soldiers Tale is a collection of ‘underground’ writings by Lee Harris, the majority of which were originally published in the ’alternative press’ of the 60s and 70s; International Times, Oz, Home Grown and ‘Other Scenes’. The collection includes writings on the ‘Beat Generation‘, William Burroughs, Allen Ginsberg, the 60s theatre revolution, and the South African apartheid era. Since the seventies Lee has run the legendary Alchemy Head Shop in the Portobello Road, West London.

Musician and poet Ben River, was brought up in West London, Ladbroke Grove and after having played some of the best venues in London, such as 02 Academy, Islington Assembly Hall, The Troubadour and The Water Rats, following UK and European festival dates, radio airplay across the UK, Europe, Australia, USA and a recent supporting slot with BBC award winning duo: Megson, Ben River released a his EP ‘When The Sun Ate The Moon’. He founded the Moonlight Orchestra and co-composed, produced and performed on the album ‘Traipsing Bloom’, his work includes music on the satirical BBC animated series Monkey Dust in 2003 and previously producing, composing and performing on the album ‘Angel Headed Hip hop”, which was released in 2009 on Genepool/Universal Music Group. The album was described by Upsetter Magazine as “the 21st century equivalent of the early experiments with beat poetry and improvised Jazz” and the K&C Daily Times said “a heady mix of both spoken word poetry and fractured samples. The album is re-contextualising the beat poets into the modern age”.

How do you describe and what characterizes The Moonlight Orchestra’s project?

Ben: Ancient tongues spraying love across waves in the air, unified voices illuminating dust, lumineers emanating from the wilderness in stories of ancient children, playing with moonbeams and electrons, dancing among the visions inside.

What has been the relationship music, activism and poetry in your life? How would you characterize your philosophy?

Lee: Music, poetry and activism have been the mainstay of my life, the fabric that has been woven into the relationship of these forms of artistic and socio-political expression. My philosophy in life is to change the world, re-arrange it, so we can show our love and compassion for all beings and life forms on this planet.

Ben: Keeping the flame alive, manifesting in reflection, shedding skin in public, bearing a bloodied sleeve and skipping in the wind.

Allen: In the late fifties, young people like myself were either drawn to Rock n Roll or Jazz. At this time R/R lyrics were shorthand for illiterates whereas with Jazz anything could be said without fear of censorship. So the music could be used to carry revolutionary new ideas. "I was inspired by the Beat generation to write my soul journals, they turned on my creative impulses. Allen Ginsberg, William Burroughs, and Jack Kerouac with their spontaneous poetry and stream of consciousness prose created the roots of an underground counter culture that flourishes to this day. They pioneered the lines that connect blues, psychedelia, folk and jazz with poetry and rhyme." (Poet and underground pioneer, Lee Harris / Photos by Gosia Łapsa-Malawska)

What were the reasons that made your generation to be the center of political, spiritual, social searches and experiments?

Lee: It was a strange time altogether. The spirit of the time was rampant with mayhem and discord. Angry anarchists vied with whacked out wastrels. Revolutionary fervor ran amok. Sexual liberation, the women's movement, awareness of the ecology and Eastern religions awakened us. We were fuelled by the mantra "Pass the liberation and blow your mind".

Lee: I would like to see cannabis legalised all over the world.

Allen: I would like war to be successfully replaced by football.

What do you learn about yourself from the Beat generation and what does Underground - Counterculture mean to you?

Lee: I was inspired by the Beat generation to write my soul journals, they turned on my creative impulses. Allen Ginsberg, William Burroughs, and Jack Kerouac with their spontaneous poetry and stream of consciousness prose created the roots of an underground counter culture that flourishes to this day. They pioneered the lines that connect blues, psychedelia, folk and jazz with poetry and rhyme.

Ben: Exploring light and shade, wide eyed and hungry for experience, in wonder of our space and time, carving primitive on the soil, bleeding with the suffering of dancers, aware of the katzu hinges, crying in the light of dawn, unafraid to feel.

How important was poetry and Beats in your life?

Allen: It changed my life completely. My first hit of beat poetry came with my discovery of the Beat literary magazine: EVERGREEN REVIEW in the Melbourne University Bookshop in 1958.  Prior to this, my idea of what poetry could be had been revolutionized by the Welsh poet Dylan Thomas and my discovery of the American typographical radical, E.E. Cummins. But the idea of poetry and jazz grabbed me immediately. I already had my own Jazz group and the idea that poetry could be sung or shouted like a sequence of sax riffs set me on fire. After I read Kerouac's "On The Road" I took off from Melbourne, hitching rides 3000 kms north to the Gold Coast where I painted murals for food and beer money and wrote poetry nonstop. 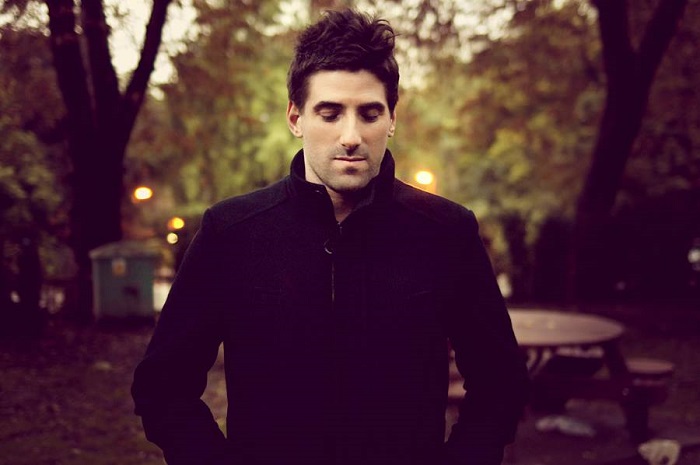 "Ancient tongues spraying love across waves in the air, unified voices illuminating dust, lumineers emanating from the wilderness in stories of ancient children, playing with moonbeams and electrons, dancing among the visions inside." (Musician and poet Ben River of The Moonlight Orchestra, co-composed, produced and performs on the album, photo by Annelie Rosencrantz)

What has made you laugh and what touched you (emotionally) from Lee Harris?

What are the lines that connect the Beat generation with the music and art general?

Which meetings have been the most important experiences? Are there any memories from which you’d like to share?

Lee: My most important experiences have been at large gatherings. Being in the crowd at a concert, or political rally, hearing ecstatic music or passionate speakers. When I was eighteen in South Africa I attended the Congress of the People an outdoor gathering of over three thousand people, mainly Africans and Indians. We sang our anthem "Nkosi Sikelele Africa" when we were surrounded by two hundred armed police. I was at the Royal Albert Hall in London in 1965 for the poetry readings of Allen Ginsberg, Gregory Corso and a host of other Beat poets. I was entranced by the Pink Floyd at the legendary UFO club, and appeared at the the Legalise Pot Rally at Speakers Corner in Hyde Park in the Summer of Love in 1967.

Allen: Brion Gysin who was my next door neighbor was a strong influence. His experiments with loops and the cut-up technique influenced me hugely and his use of sound poetry set me on my own path resulting in a 30minute program of my sound poetry being broadcast on the BBC 3rd program in 1967.  When the Dream Machine was being developed by Burroughs and Brion Gysin they tried it out on me with spectacular results. I experienced psychedelic visions that anticipated the light shows created for Soft Machine by Mark Boyle in 1966.

Lee: The best advice given to me came from Baba Ram Dass "When you know how to listen everyone is you guru." My advice to others comes from an early Bob Dylan song, "he who ain't busy being born is busy dying."

Allen: William Burroughs gave me excellent advice. He said: "Keep your bags packed and ready to go at all times". 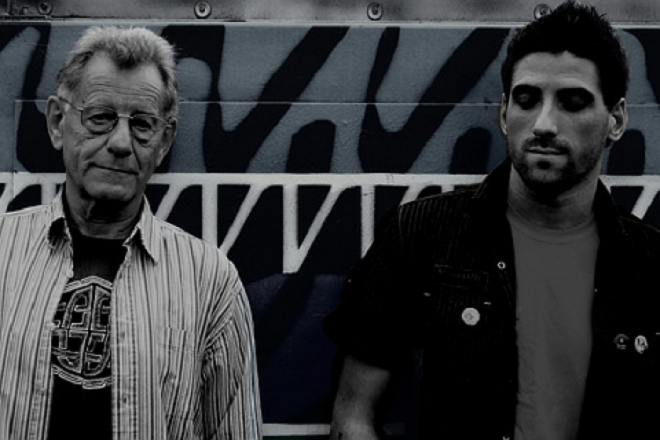