Q&A with Milwaukee based, Altered Five Blues Band - bringing all the blues power they could generate in their new album

"Blues doesn’t have many boundaries. There are common forms but also other ways to express the sound and feeling.  The irony is that most blue music make people happy when they hear it. The music is always evolving but the roots of the sound are simplicity and emotion."

The bad boys from Milwaukee, Altered Five Blues Band, are back, bringing all the blues power they could generate in their fifth album “Ten Thousand Watts”(2019). The supercharged blues party is sure to satisfy the needs of all dedicated fans worldwide. The stalwart quintet, led by steamroller vocalist Jeff Taylor and live wire guitarist Jeff Schroedl, reunited with Grammy winning producer Tom Hambridge in Nashville at Ocean Way Studios in the spring of 2019. For 17 years, Altered Five Blues Band has been winning audiences with a swaggering stomp of bruising, barrelhouse grit. From day one, Altered Five dared to be different. The quintet formed in 2002 and earned a reputation for its inventive arrangements and distinctive sound. Within a few years, A5 caught the ear of Cold Wind Records and, in 2008, signed a recording contract with the Minneapolis blues label. 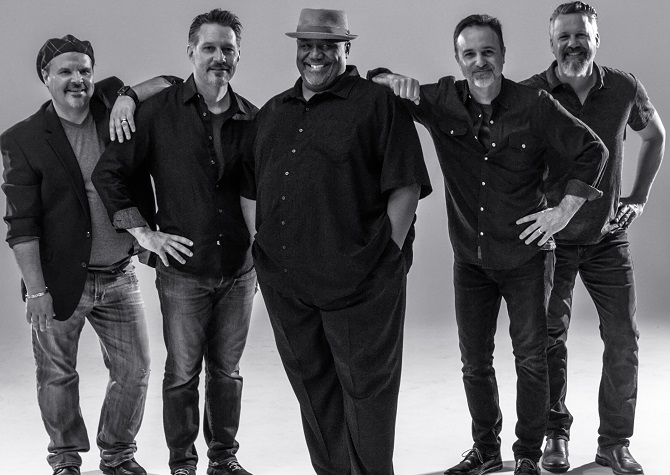 The debut album featured the band’s penchant for putting an earthy spin on numbers; the aptly titled “Bluesified” included roadhouse versions of ten popular songs. The group performed live on three television morning shows and honed its sound playing regular club, festival, and concert dates. In the ensuing years, A5 turned its attention to recording and performing its own material, and the 2012 release of “Gotta Earn It” drew rave reviews. The band’s third album, entitled “Cryin’ Mercy,” delivered the next chapter in A5’s musical odyssey. The band’s fourth album, “Charmed & Dangerous,” scored a 2018 Blues Music Award nomination for Best Emerging Artist Album and Song of the Year at both the Independent Music Awards and Wisconsin Music Awards in 2018.

What were the reasons that you started the Blues n' Soul researches and experiments? What is the story behind the band's name?

Jeff Taylor (JT): I've always had an interest in the blues from an early age. Blues records were always being played in my house as a child. I feel it was a natural progression for our band to go from playing cover tunes to original songs. After only a few years the band just seemed ready for that challenge. I'm surprised at how much the band had grown in the area of songwriting. It was important for us to find our own voice and our own sound. Our strength lies with the arrangements of the songs and the overall improvement in our ability to write songs.

Jeff Schroedl (JS): We like a lot of musical styles but the blues is the basis for everything we do. We all relate to the lyrics, grooves, and overall vibe of the music. There’s power, improvisation, and dynamics—it all feels good to us. Our band name goes back to us just trying to build our own sound. There are five of us in the band, and we’ve always tried to bring something new to a familiar style of music.

How do you describe 'Ten Thousand Watts' songbook and sound? What characterizes new album in comparison to previous?

JT: Ten Thousand Watts has a big bold feel that is unique to our sound. This is just a continuation of the work up to this point. We also took a little more time to play the songs at shows to get an idea of how the public would like them. The reactions to the songs during shows have been very positive. We know we have something special when we play a song for the first time and people are up dancing. It's always a rush to see people dancing to new music. It's very exciting.

JS: Our new album picks up where our last album, Charmed & Dangerous, left off. It’s our own brand of contemporary blues. The music can be powerful at times but also expressive in other ways. We try to write songs that both we enjoy and other people can relate to. The biggest difference with this album is that we recorded all the tracks in Nashville over four days. It has more of a live feel to it, and a lot of energy. 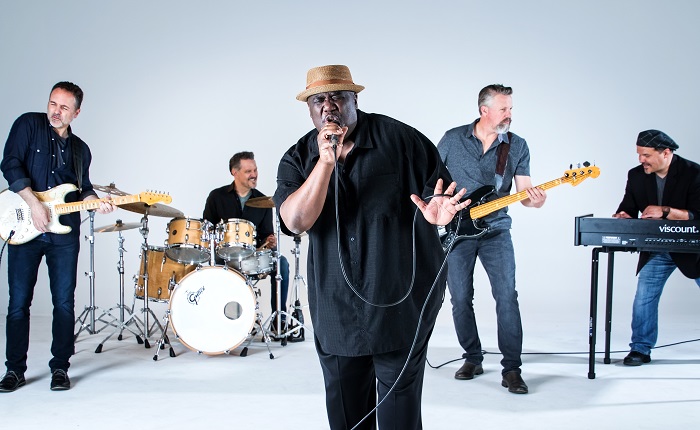 "Milwaukee is a Blue Collar city. People work very hard for their money and want to support live music. It would be nice to have more blues clubs in the city. This was the case many years ago. It would be very difficult to make a living playing blues in the city right now. Those times have come and gone. I think basic economics had a lot to do with that."

Are there any memories from 'Ten Thousand Watts' sessions which you’d like to share? What touched (emotionally) you from Tom Hambridge?

JT: Tom has never tried to make to changes to our music. He just worked with what was already there. That's what makes him so unique. He's really interested in what you are really trying to say musically. We were a lot more prepared to record this CD. I think we all learned a lot more about the process of recording this time around. This is the first time recording in a big studio. There was a lot of excitement and anticipation leading up to going to Nashville and working with Tom in a new environment. It's always exciting to watch Tom work. He has so many great ideas and is never critical. He has a way of getting the best out of you.

JS: This is our third album with Tom so the process was really comfortable for us. We were more prepared for the sessions than ever before, which allowed time to consider subtle ideas and changes. We tracked at Ocean Way Studios. The band had never before recorded in a really big studio like that, so we were a little nervous at the beginning. The first song we tracked was “Ten Thousand Watts.” It sounded great right from the start which helped us relax and play our best.

JT: Stay humble! Stay hungry! Don't just settle. If you have something to say musically, then say it. Do what you have to do to get that musical message out there. Stay true to yourself and never let anyone get way of what you are trying to accomplish as a musician. Tell your own story! Blues is the musical interpretation of the human condition. The stories that are being told through blues music is universal. Blues is the truth!

JS: There are many talented musicians writing, recording, and performing blues music these days. Everyone has their own sound and approach. The biggest lesson is to be ourselves, and keep doing our own thing. Don’t try to emulate anyone else; stay focused on doing what feels natural. That’s what makes our music distinctive. 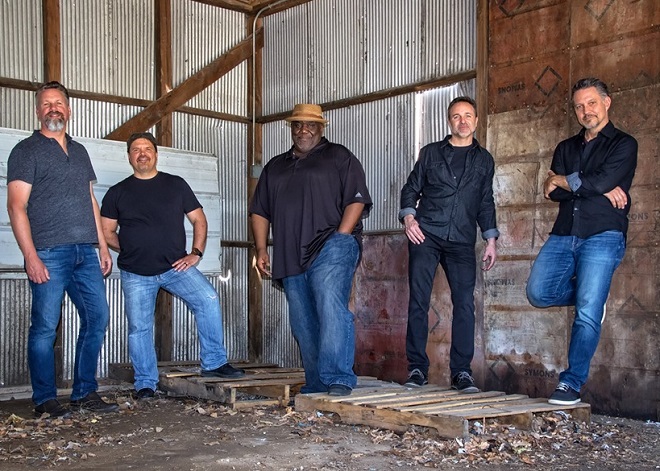 "For 17 years, Altered Five Blues Band has been winning audiences with a swaggering stomp of bruising, barrelhouse grit. From day one, Altered Five dared to be different. The quintet formed in 2002 and earned a reputation for its inventive arrangements and distinctive sound."

JT: Bonnie Raitt said it best. " As long as people get together romantically, there will always be blues music." Blues has changed over the years but the stories and situations between people will always be universal. Everyone experiences heartache, joy, and pain. Blues allows the musician to explore those emotions with quite a bit of room for creativity. This is what makes writing blues songs so interesting.

JS: I’ve never really thought about it. Blues doesn’t have many boundaries. There are common forms but also other ways to express the sound and feeling. The irony is that most blue music make people happy when they hear it. The music is always evolving but the roots of the sound are simplicity and emotion.

Make an account of the case of the blues in Milwaukee. What characterize the sound of local blues scene?

JT: Milwaukee is a Blue Collar city. People work very hard for their money and want to support live music. It would be nice to have more blues clubs in the city. This was the case many years ago. It would be very difficult to make a living playing blues in the city right now. Those times have come and gone. I think basic economics had a lot to do with that. Blues festivals are very popular right now. Many blues bands have an opportunity to showcase their talent by just playing the festivals. Social media is the new frontier and this is where many bands can get recognition. There are many fine blues musicians in Milwaukee and we are fortunate to part of that special community.

JS: We have many exceptional blues musicians here in Milwaukee. Lots of blues jams and outdoor festivals feature blues music. There’s also a lot of history here with Paramount Records being located about 20 miles north of the city. Our sound is melting pot of music from Milwaukee and the surround area, including Chicago which is 90 miles to the south. Our new album once again features Milwaukeean Steve Cohen playing harmonica on a couple songs. 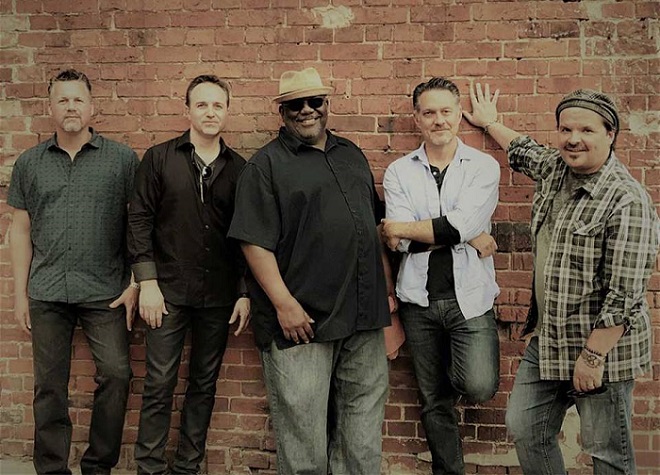