"My fear is that we will poison our planet and render it incapable of sustaining life."

Multi-instrumentalist Mike Perlowin is primarily known as a pedal steel guitarist, but is also equally at home on both guitar and mandolin. Mike Perlowin specializes in arranging, recording and performing classical music on the pedal steel. Originally intending to be a folk singer, Michael soon discovered that his talents as a guitarist far outweighed his abilities as a singer. It was not long before others made that same discovery, and, by age 16, Michael was working as an accompanist in the Los Angeles folk music circuit of the early ’60s. The decade wore on and Michael, like many folk musicians, went electric, playing lead guitar in local rock bands. In 1969, Michael got married and settled down to working in a music store, teaching music and selling instruments. His dreams of becoming a rock star had faded, but in 1975, his life took an unexpected turn. By virtue of being in the right place at the right time, Michael was offered the lead guitar slot on a working Country and Western band. Michael knew absolutely nothing about country music when he was offered the job, but being experienced in the art of backing up vocalists in other genres, he quickly adapted his skills as an accompanist to the new genre. 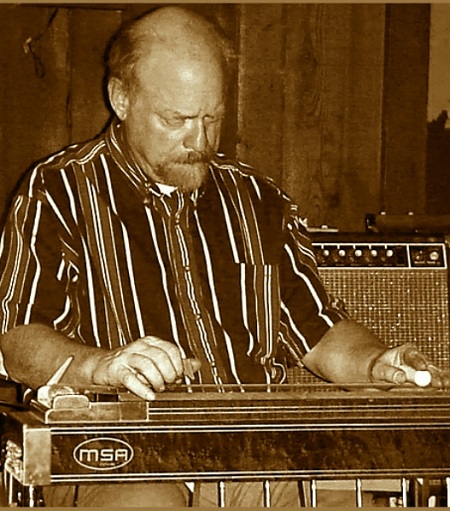 When the band broke up, as bands do, Michael started freelancing around L.A. as a lead guitarist on the suburban C&W scene. It wasn’t long before he became captivated by the pedal steel guitar. In 1979, Michael began studying this complicated instrument, leading to a pleasant obsession that continues to this day. Within 6 months of beginning to play, Michael was working as a steel guitarist. The Urban Cowboy craze of the early ’80s proved to be very fertile ground for steel guitarists. There were more jobs than players, and Michael worked hard for the next couple of years. But the craze also marked the death of the local C&W scene where Michael had honed his skills on the steel. As the auto plants closed up shop, the blue collar workers who had frequented the C&W bars moved away. Clubs were shuttered, and gigs became harder to find. Simultaneously, Michael had tired of playing the same songs night after night, and was searching for something different.

Michael’s dream is to introduce this beautiful and expressive instrument to the world of classical music, where it is still relatively unknown. It is his goal to become the very first pedal steel guitar concert artist. To that end, he enjoyed making a recent guest appearance with his steel guitar, accompanying two concert artists during their solo performances in the Los Angeles area. In addition to his recordings, Michael is also the author of a music theory instruction book published by Mel Bay Publications entitled “Music Theory In The Real World: A Practical Guide For Today’s Musicians.”

What do you learn about yourself from the American Roots Music?

I learned how to play the guitar.

Nothing. It was simply part of my musical education. Asking me what the blues means to me is equivalent to asking a rocket scientist what his or her first grade arithmetic class means to him or her.

How do you describe Mike Perlowin sound and songbook? 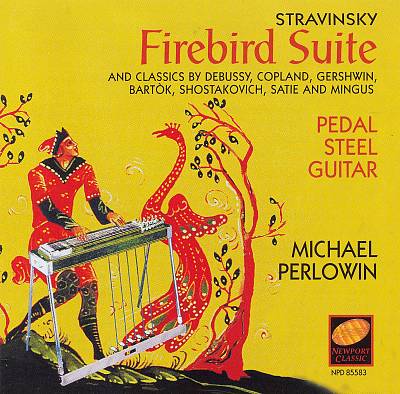 The Pedal Steel Guitar is incorrectly thought of as being only suitable for playing country music. The truth is, it’s not a country instrument, it’s an instrument, period. The Nashville style that is so predominant is only one style, not the limit of what the instrument can do.

What were the reasons that made the 60s to be the center of Folk/Blues researches and experiments?

This is very complex. During the 50s, the generation that had gone through the great depression and WW2 was tired of stress and anxiety, and only wanted peace and quiet. The prevailing culture at the time was that everything had to be bland and sanitary. But underneath that, things were getting ready to explode, as exemplified by the early days of the civil rights movement and the birth of rock and roll.

Throughout this time, the music of Black America was thriving. Artists like John Lee Hooker, B.B. King, Muddy Waters, Ray Charles, Howling Wolf, James Brown and a host of others were making “Race records” and playing “The Chitlin Circuit.” White Americans ignored it as long as possible. But when rock emerged, it did so with a force that had to be reckoned with.  So, after the initial explosion of artists like Chuck Berry and Buddy Holly, corporate America, always looking for a way to make a buck, jumped on the new trend.  But in order to exploit it, they had to make it respectable, meaning bland and sanitary. Thus, while people like Gene Vincent and Eddie Cochran disappeared, we got such establishment friendly artists as Bobby Vinton and Frankie Avalon.

The kids who initially listened to genuine rockers Bo Diddley saw, perhaps subconsciously, that something real had been compromised, and longed for something more authentic.

Then the Kingston Trio recorded Tom Dooley, and a new musical era was born. But middle America still wanted music that was bland and safe, and so the term “Folk Music” came to mean squeaky clean groups like the Limelighters and the Brothers 4, playing sanitized versions of folk songs that were designed to be as inoffensive (meaning dull and boring,) as possible.

This was fertile ground for people who wanted something more substantial. They went looking for, and found, real artists, both Black and White, whose music came from the soil, from their life experiences. Artists like Skip James, Son House, Reverend Gary Davis and Robert Pete Williams, as well as Doc Watson, Bill Monroe, and Flatt and Scruggs.

These artists were the real thing, and they struck a nerve among those who were sick of hearing white bread singers mutilate our national musical heritage.

Meeting Bukka White. Bukka and I became very good friends. He was a sweet gentle man.
Also, I saw Fred McDowell every night when he played at the Ash Grove for a few days and picked up a lot of his guitar technique.

I don’t miss the music at all. I miss some of the people I knew back then, several of whom have passed away.

My hope is just to keep on playing. My fear is that we will poison our planet and render it incapable of sustaining life.

I’d make all rap go away. It may be poetry, (I’m not qualified to judge,) but IT’S NOT MUSIC.

What are the lines that connect the legacy of Blues with traditional forms of folk, country and Spanish music?

All folk music, regardless of genre, is about our shared life experiences. We all relate to the stories of love, heartbreak, etc.

What has made you laugh from Canned Heat years?

My brief association with Canned Heat is not a source of laughter. It’s the source of anger. I resent the fact that people act as if playing for a few days in what was a garage band at the time is the most musically significant thing I’ve ever done. I am the first person ever to record music my Stravinsky, Bartok and Shostakovich on a pedal steel guitar. Compared to that, my meager accomplishments with Canned Heat are insignificant.

Check out my Sound cloud page; and the music page of my web site.  This music dwarfs anything I ever did when I was a teenager. 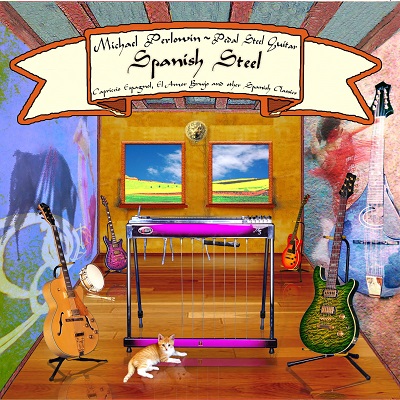 What touched (emotionally) you from Ash Grove era?

The people I met. I’m still in touch with a couple of them.

As long as we’re talking about a fantasy, I’d go to November 22, 1963, with an invisible film crew, and take movies of every aspect of the JFK assassination. There is still much that we don’t know about what happened.