Q&A with multi-instrumentalist musician and singer Angel Lo Verde: Do it truly, with your heart and your soul

"Because of the fact that this music existed, there were also revolutions against racism, wars and everything. Music has united the world to come out and claim its rights. Songs have been written about every social or political reflection."

Angel Lo Verde is a self-taught multi-instrumentalist musician and performs in Athens since 1995 in various bands as a bass & guitar player. She joined the Meanie Geanies (60ies garage/punk band) as a drummer in 1997. The very same day the band decided that Angel should play guitar for the band and the basic line up completed. The "Meanie Geanies" have opened "The Seeds" at Kyttaro and other bands too through the years. She collaborated with many musicians in recording sessions, live shows and jams by playing guitar, bass or even drums in some occasions, giving her the opportunity to meet great musicians, some of them: Zorz Pilali, Bob Katsionis, Andreas Apostolou, Petros Xourafas, Stavros Logaridis, Kyriakos Darivas, Odysseas Galanakis, Ricardo Moraes, Florian Mikuta, Sam Marlieri, Voislav Ivanovic, Pedro Abrunhosa, Terry Papadinas etc. Performed as bass player with "Osa Pairnei o Anetos", "Nipto Tas Xeiras", "Koubotrypes a.e.", "HeadQuake". As guitarist with "Meanie Geanies", "MK Ultra", "Samatistas". As a drummer with "Low Profiles", "Zoonga Flap", 6th Floor. As backing vocalist and percussions at: The blues Bug and Headquake. Performed at festivals and various scenes such as: AN Club, Graffitti, Gagarin, Kyttaro, Rodeo, After Dark, Mylos, Soul, Mo Better, Underworld, Ghosthouse, Ston Aera also Lycabettus theatre and theatro Petras etc. 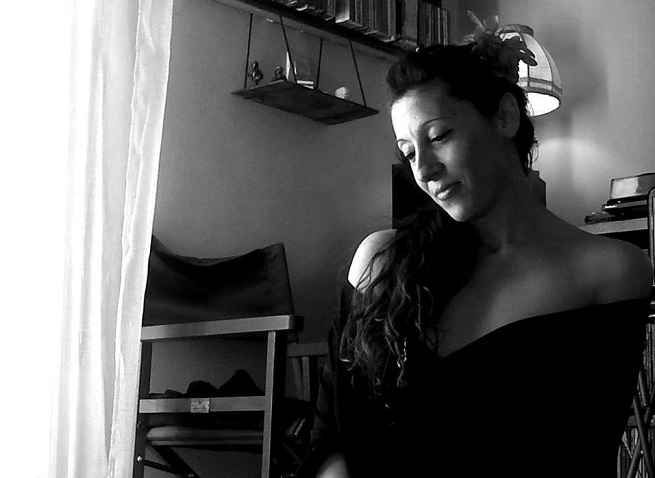 Angel worked with musicians: Vasilis Petridis, Voislav Ivanovic, Ricardo Moraes, Michalis Koubios, Nikos Georgiadis, Alekos Arapis etc. Meanwhile she recorded solo 5 of her songs by playing all the instruments and having guests in every song,the great slide guitarist Zorz Pilali, Bob Katsionis, jazz guitarist Ed Cherry and legendary saxophonist Ron Holloway. Formed bands in the past to perform her songs but it didn't work out. In 2006 she formed the band "Satyros Larousse" where they played her songs (Music/Lyrics) and was also the lead singer 'till January of 2012 where they split. On June of 2012 she forms Satyros Larousse again and renames the band "Angel Lo Verde & Satyros Larousse". The band split in June of 2014. She has also joined the band "HeadQuake" in 2006 as backing vocalist. With "HeadQuake" performed at Cairo/Egypt and opened the band "Monster Magnet" at Gagarin & "Radar Men From The Moon" at An Club. For a couple of years she was the lead singer of "HeadQuake" and she now plays bass for them. Currently working on her personal project with guests and performing with the "A.L.V. Band". Early 2017, Angel Lo Verde released her self-titled debut album "Angel Lo Verde".

What do you learn about yourself from the Soul n' Jazz music and what does the blues mean to you?

Soul music expresses me better because it focuses pretty much on people and everyday problems like the blues too, in few words, it speaks to my soul. With jazz, I have been less involved as a musician, more as a listener. Blues and soul is a feeling, way of life and blues are also the basis for the other two kinds of music (soul/jazz)... You must have suffered in your life to be able to feel the blues. Blues are melancholy.

Both soul and jazz but also blues create a world in every person's head. Everyone keeps something different from the kinds of music he hears. Personally, they helped me better understand many issues since blues and soul music are usually experiential and touching social problems. Specially blues are the best example of expressing your "pain" with music. Playing all three, but also other kinds of music made me musically what i am today.

How do you describe Angel Lo Verde sound and songbook? What characterize your music philosophy?

I have a lot of influences in music so my sound is a little bit of everything. My songs have a summery feeling usually, but that doesn't mean that I'm not concerned about the facts that we face everyday in our life. The song's sound will depend mostly from the mood I am at that time. I like to pass messages through my songs, for love, joy, sorrow, or give courage. I strongly believe that music must be played first and foremost with soul, it is a way of expression. Do it truly, with your heart and your soul, that is my philosophy. 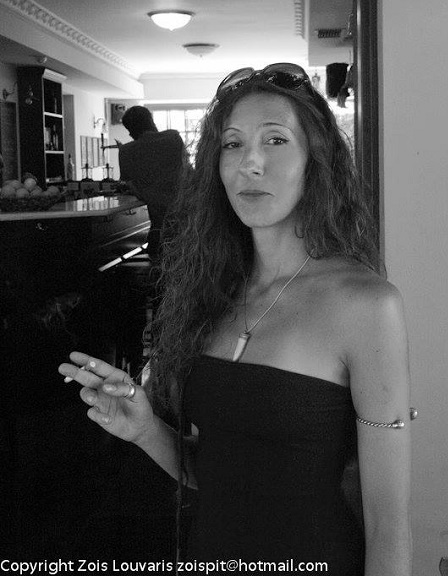 Songs have been written for every occasion so, I'm still influenced. Back then, music had the power to unite people and put them all together to react to the problems at that time. Today everyone is locked and isolated in a room, infront of a screen of a mobile phone or a laptop. People can not be moved with a song like old times. Back then, music had the power to bring people together as one and fight anything unfair. Now this has changed because of the internet.

Many memories! Music is a lasting journey, with both good and bad moments. There are too many funny moments when you play music with a group of people . Usually these memories are the ones I keep and like to remember.

What I miss most is quality. Priorities in music have changed. We are currently living in the "see me" age. Young people who make music today care more for the views on YouTube and "likes" on Facebook. There is no music in this. Clearly, there are remarkable exceptions of musicians and bands, but unfortunately the world cannot learn about them because there is not enough information. I am concerned about the uncontrolled use of technology in both music and everyday life. For example, I do not like the fact that musicians are replaced by machines for economy reasons. This happens a lot here in Greece, this way they lower the bands budget.

I like this question because it gives me the opportunity to reveal my goal. What I would like to change and somehow try to show through the band "A.L.V." is to bring back musicians and big bands. Nowadays, most people in the studio do programming and usually replace the musician with technology for economy reasons. At live shows it's usually a matter of space and money. We are 7 people in total at the "A.L.V. band" and in the future I intend to add more musicians. There is nothing better of the feeling that a group of musicians can create on the stage or in the studio. No machine can do this. In Greece we have many music bars like holes good for duets and trio only. You can't listen to music properly in these bars, nor you learn to appreciate it. We compressed music to fit in today's digital players and now we compress the musician.

Make an account of the case of Soul/Blues in Greece. Which is the most interesting period in local scene?

All decades have introduced us some great bands and musicians in the soul and blues scene. In soul music, here in Greece little has been done compared to other styles of music. I'm not talking about cover songs, I'm talking about original songs. It's obvious that you can't play soul music with 2 people. 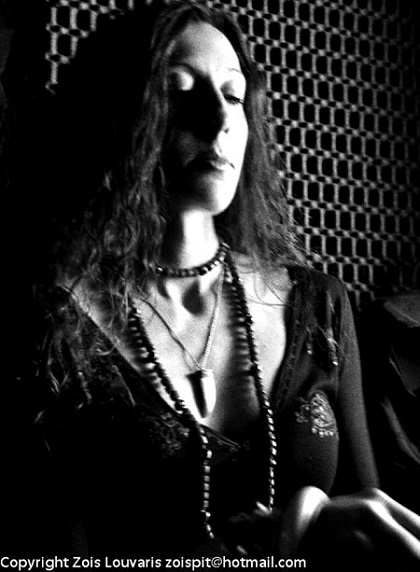 When I started playing it was worse. In Greece particularly, in order to survive as a female musician, first of all it means that you love a lot what you do and have a lot of patience. You just do what your mind and heart tells you. If I had listened to all the things that people used to tell me back then to prevent me from playing music, now I would be elsewhere.

The positive thing is that today we have more female musicians than before, fortunately. Technology definitely helped enough because it opened mind, eyes and ears but then again, for a female musician, not a singer, it is still hard even today.

What is the impact of Soul, Blues, Rock and Jazz on the racial, political and socio-cultural implications?

Because of the fact that this music existed, there were also revolutions against racism, wars and everything. Music has united the world to come out and claim its rights. Songs have been written about every social or political reflection.

One is not enough. I would like to be in the studio where Marvin Gaye, Isaac Hayes, Curtis Mayfield, Roy Ayers and so many others recorded their albums. I would love to live the moment of the creating of these albums.