"Music for sure can bring people together with the right message. there's a bunch of Roots songs that speak good messages and try to break down barriers... they speak about injustice and wrongs needing to be right."

In 1988, Travis Bowlin was born in a little river town just off the Ohio River called Aurora, IN near Cincinnati, Ohio. He found his love for roots music at the age 11, when he starting singing for the honorable Cincinnati Boy Choir in Cincinnati Ohio. Performing at Cincinnati Music Hall and singing the nation anthem at Reds’ major league baseball games. He first discovered his joy for playing instruments at age 15 when he received his grandmother’s old acoustic guitar. Throughout his teenage years Travis was very heavily involved in his school’s music program in both band and choir. Through the school Travis was able to perform solo at Disney World twice, the Indianapolis 500, and Cedar Point (Winning outstanding performer). After high school Travis traveled his Tri-State of Ohio, Kentucky, & Indiana booking as many shows as he could to work on his craft. It wasn’t until 2012 when Travis would sign his 1st independent record deal. This would change things for him, allowing him to learn more about the music business and taking him to Music City (Nashville, TN). 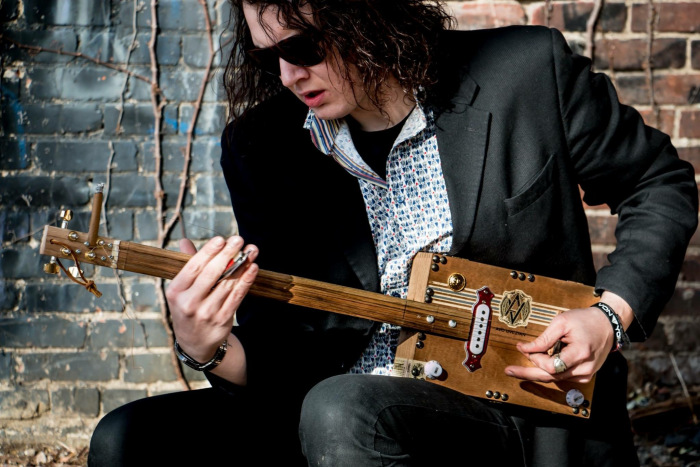 In the Summer of 2015 Travis started building homemade instruments and microphones. After he reserved blessing from the homemade instrument community, Travis started Bowlin’s Box Instruments. Over the last year he has handmade and sold nearly 100 one of a kind instruments all over the U.S, France, and Canada. He specializes in custom Cigar Box Guitars, Basses, Lap Steel’s, Harmonica Microphones, and Cajon’s (Box Drums). Travis felt it was time to take things up a notch. He prepared to release his 3rd studio single “See You Again” hiring world-renowned Blues, Rock, & Roots publicist Betsie Brown of Blind Raccoon Publicity. On June 9th, 2015 “See You Again” was released along with Travis’ 1st full length official music video. He has headlined the Delta Dragon Riverboat Regatta, the Bendigo Blues and Roots Festival, and has shared the bill with Ricky Skaggs, Cyrile Neville, John Mayall, Samantha Fish, Big Something, Eugene “Hideaway Bridges, and Big Smo. 2016 “Best Band in Nashville” Nominee. Travis Bowlin’s second studio album “Secundus” (2018) will be released on Friday, July 13th. His new recording is a flavorful, driven, yet sultry rock/soul/blues opus that takes us from the jazzy, smoky lounge feeling of ‘Casaurina Sand’ to heavy-hitting rock songs like ‘Dancin’ with the Devil.’ The 12 original compositions were recorded at Mainframe Recording Studio with Bowlin serving as producer and Nathan Smith as sound engineer.

I think it really kind of channels you more with the earth a little bit or something. This type of music stems from a simpler time but also times of real pain. It's full of emotion and has opened my eyes to a lot of understanding of people and ways of life.

Life... inspiration is all around us... I always thought when I was a kid I wanted to play like that guy or sing like that person or write a song like that woman... but at the end of the day you're not that person and you're better off playing like you do, singing like you do, and writing songs about what you know... I wasn't born in 1910... I wasn't born in 1950... I was born 1988... there are things that have been said a million times but the key is to say them differently. I can't sing the same things that others do or have because I haven't experienced those things that way and I grew up in the different time. But I still understand the roots of it and the meaning behind it all. This is just my generations way of displaying it.

I had the pleasure of hanging out with the Phillips (Sun Records/Studios) a several times and performing at a show they put on a couple years back... they are a real delight. Jerry Phillips told me old stories of his dad Sam Phillips, how he remembered licking envelopes with 45s in them to mail out when he was a kid, and how much his dad (Sam) loved Howlin Wolf. The best advice... Nothing's easy and if it was everyone would be doing it... (work hard) 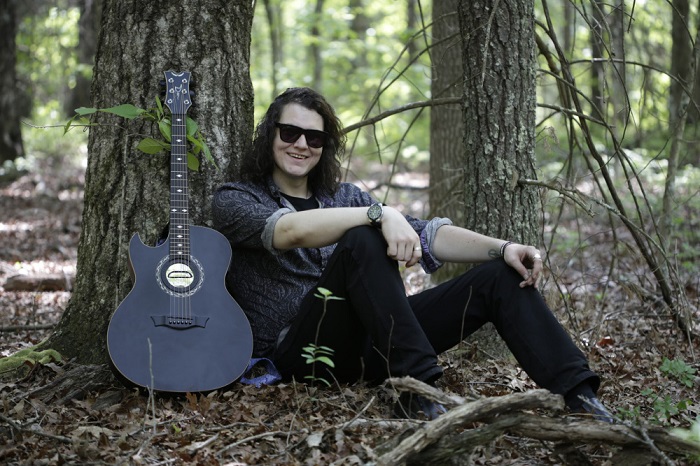 "I think it really kind of channels you more with the earth a little bit or something. This type of music stems from a simpler time but also times of real pain. It's full of emotion and has opened my eyes to a lot of understanding of people and ways of life."

I can say every time I tour Australia it is an adventure! I for sure have a bunch of memories there. I'm full of interesting stories from the road. But A couple years ago I had a gig in Greenville Mississippi... I'm coming down the blues highway and I turn right and much to my surprise I look up and there's a giant billboard right there of me and my band... All about us and this festival gig in Greenville. What a shock!!! They had them all over... It was a real wow moment seeing an almost double my height (6 ft 4in) print of myself.

The natural groove of a group of musicians together just laying it all down in a few takes… just being real... with words that have actual content. I hope this current re boom in the states in vinyl sales continues to get all kinds folks hip to the classics... I fear for the youth/kids and some of the music stars that have major influence on them right now-future. People need to make sure they use their voice or star "power" for some kind of good and with positiveness.

What were the reasons that you started building homemade instruments and microphones?

Back when I didn't have the privilege of being a full-time musician. I managed to call center that dealt with vision insurance (7? year ago) A lady that worked for me there had a son who made me a cigar box guitar it was/is very unique thing. When I Moved to Nashville I met a guitar company called musicvox and through them I met Shane Speal… he'd been making these things for like 25 years and has made a name for himself doing it. I started to meet other people in that circle like artist John Nickel and builder/supplier Ben Gitty Baker and they just inspired me to build a couple after my friend Lyn Stevens gave me some cigar boxes. I then started really doing the research on the instrument. It was kind of like a missing piece to what I was doing and how I dated it all back to the south (late 1800s) and then all the way back to West Africa (Pre-1800s) and an Instrument called the Diddley bow and how people built these instruments out of necessity when they didn't have the money for "real" stringed instrument. People like Bo Diddley and Muddy Waters played these things. "I fear for the youth/kids and some of the music stars that have major influence on them right now-future. People need to make sure they use their voice or star "power" for some kind of good and with positiveness."

What touched (emotionally) you from the Cigar box guitar and sound of slide? What are the secrets of?

There's something about that moaning or crying sound of slide guitar and playing it on an instrument made out of mostly up-cycled parts. I would suggest anyone trying to figure out slide to tune their guitar to an open chord tuning like Open G and start sliding a-way… you'll start to hear some different chords as you slide it up and down and before you know it you'll have three chords, the truth, and a new song.

That the music and the talent were the number one... no gilts, no glamour... that labels still developed artists... Less superficial. Focused more on the song/lyrics... let's be uplifting.

Rock n Roll came from the Blues... that became the young people's rebel music... rock has grown into a huge market... while the blues was called the devils music the influence of the conviction behind it and the vocal stylings came from church music which both had its influence on RnB/Soul music which still is hot today... and don't get me started on those bluegrass pickers of the country/mountain areas of the US and how big country music is today. Music for sure can bring people together with the right message. there's a bunch of Roots songs that speak good messages and try to break down barriers... they speak about injustice and wrongs needing to be right.

For sure would go back to like 1969 to a historic music event... like Woodstock or the Newport jazz festival. I would love to take in all the music! That would be pretty sweet! 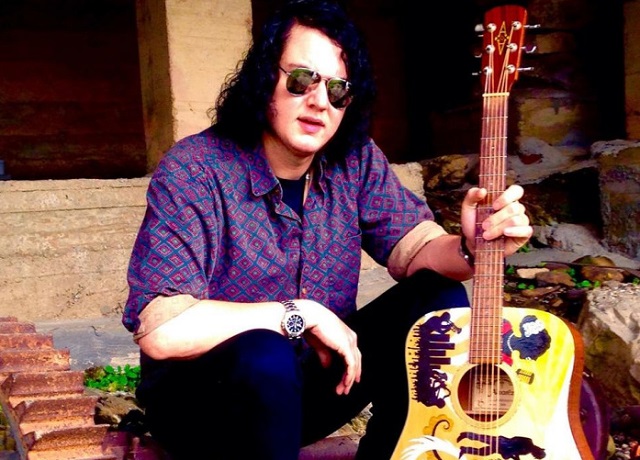