"One of the things I love about blues is that you can play the songs a little differently each time depending on how you feel. You're really able to 'let it out' with that kind of freedom in your playing."

Josh Preslar was born and raised in the Piedmont Region of North Carolina (NC). After watching his father play he was inspired to take up guitar at the young age of 11. By the age of 16 his interest in the guitar soon became a passion and he started performing in talent shows, friend’s parties, and, in fact, anywhere he could. Josh’s early interest in the blues was influenced by listening to Johnny Winter, SRV, and The Nighthawks from his father’s record collection. It was his introduction to Muddy Waters and Howlin’ Wolf that fueled Josh’s desire to take off on his blues journey. He dug into the blues deeper and deeper finding all the greats like T-Bone Walker, Son House, Lil’ Walter, Lightning Hopkins, just to name a few. Josh’s first professional gig was with one of Raleigh’s blues favorites “Lil’ Dave” Stuart. He joined Dave’s band on bass in 2001 and continued with him for the next 4 years playing locally and regionally. During this time Josh was also growing as a guitar player. He took the job alongside his friend, Turner Brandon, as the host of the long running Berkeley Café Jam Session in downtown Raleigh. This was a perfect chance for Josh to learn chops and ideas from local heavy hitters and to practice and refine new tunes he was exposed to. One of the people Josh had met in his over 9 years of hosting the Berkeley Café Jam Session was a young blues singer/guitar player from his own home town of Clayton, NC. This young man would go on to be known as Daniel “Slick” Ballinger. Josh joined his band on bass (and occasionally on drums) in 2007. Together they toured the US and Canada. During his time on the road Josh met Diunna Greenleaf. After leaving "Slick's" band he was asked to join her band "Blue Mercy" and became a full time member of the band touring the US, Canada, and Europe. His 2010 induction as the President of the Triangle Blues Society (TBS) was a huge honor and he held this title for two years. The TBS is an all-volunteer, non-profit, organization focused on the preservation of Blues Music. In early 2014 Josh left Diunna's band to focus is on his own band. Josh’s band has always been a long term goal of his. Since then Josh finished his first full length album "Packin' Light" and released in June 2015. He and his band have played all over North Carolina, Virginia, and South Carolina at blues clubs, festivals, bike rallies, and so on. He has built a strong local and regional following and hopes to take his act on the road. Josh’s blues influences span the timeline from the early styles out of Texas, Mississippi, and Louisiana. He has played gigs and or jammed on stage with Bob Margolin, Anson Funderburg, Billy Branch, Will McFarlane, Dan Aykroyd, Jumpin’ Johnny Sansone, to name a few. He is dedicated to music and, more specifically, the blues, and hopes to continue the tradition of bringing the joy of music to people’s lives.

Since music is a form of expression, any time you express yourself you’re learning about yourself. One of the things I love about blues is that you can play the songs a little differently each time depending on how you feel. You're really able to "let it out" with that kind of freedom in your playing.

How do you describe Josh Preslar sound and songbook? What characterize your music philosophy?

I love the language of the blues. The interaction between the band and band leader really creates the sound you have. The musicians I like to work with know that I have a lot of respect for the traditional blues styles. Because of this I guess you could say that the band plays classic blues, swing, funk, and likes to throw a party when we play live.

The songs I have written for the Josh Preslar Band are influenced by a range of my favorite artists. The lyrics are about my life and life as it happens to me.  They best way to find out what we sound like is to check out our new album "Packin' Light". 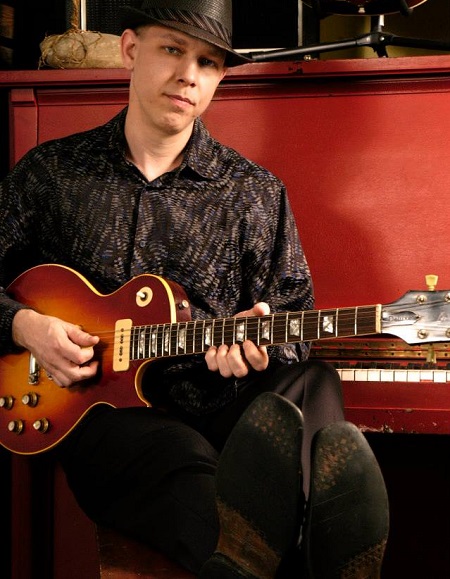 I guess you could say that music came to me. I like a lot of music from different genres but Blues just seems to have something that I relate to more than any other style. Finding out about guys like Muddy Waters and Howlin Wolf started me on a journey of characters that had amazing talents and personalities.

Getting to meet people like Hubert Sumlin, Robert Lockwood Jr, RL Burnside, Otha Turner, Algia Mae Hinton, John Dee Holeman, and more has been such an honor.  Some of them grew up not far from where I grew up so the music has always been right there wether I realized it or not.

Billy Branch: "I said Muddy Waters not Hendrix!!" In his defense, he does likes Hendrix, I guess I just went a little too rock and roll for a second. Thanks for keeping me in check Billy!

Are there any memories from Bob Margolin, Dan Aykroyd, and Jumpin’ Johnny, which you’d like to share with us?

I've been able to meet and play with a lot of my hero's but nobody makes you work harder than your friends. Tad Walters is a Raleigh, NC (my home) based blues man. He's unbelievable at guitar and harmonica, he has an awesome voice and knows every song like he wrote it himself. He is a regular member of Bob Margolin's band and has been since he was a teenager. The pianist on my record "Packin' Light" has toured with Big Bill Morganfield, Lurrie Bell, and more. These guys are my friends and tell me the real deal. They help keep me in check and I've learned more playing with them and people like that than anyone.

I'm glad that blues continues to grow and change. I guess it has to in order to stay alive. That said, blues is now being influenced by the styles of music that it gave birth to. I've met some of the more" contemporary" sounding blues guys and some of these guys grew up playing and singing traditional blues. When I asked them why they don't play it on stage they say "People don't want to hear that stuff." Kind of makes me a little sad. Well I guess that's what musicians are supposed to do. Change at least one thing in the musical world. I don't know what that's gonna be but I want it to be a positive thing. I want people to feel like if they look a little deeper they might find the music they really want to hear.

"I like a lot of music from different genres but Blues just seems to have something that I relate to more than any other style."

What has made you laugh and what touched (emotionally) you from the Triangle Blues Society and local scene?

When I was the president of the Triangle Blues Society we brought in Appalachian blues and folk singer Nat Reese. He's no longer with us but he was the real deal. He sings a Big Maceo song called "Too Many Bad Habits". Let's just say that there were a few kids in the audience that learned a thing or two that night, myself included.

From the musical point of view what are the differences between: Piedmont, NC and other local scenes?

North Carolina has great blues history. People like Sonny Terry and Brownie McGhee, Blind Boy Fuller, Rev. Gary Davis, Pink Anderson and Floyd Council, John Dee Holman, all called NC home at one time or another and some were even born here. It's no different these days. The music is alive and well. I would say that one of the differences may be that since we are home to the Piedmont Blues there is an influence to play that style more than the Mississippi style. It's all great music but you gotta pay homage to where you’re from.

What are the lines that connect the legacy of Blues with Soul and continue to Gospel and Rock music?

Music is passed on from generation to generation. In fact, if your talking about the four genres listed above I'd say it went Gospel first then Blues, Soul, and Rock. Each new generation takes what they hear and brings something new to the table. Chuck Berry and James Brown are perfect examples of this. They both knew blues and could school you in it all day long but something inside them said, "Hey I wanna do it like this" and now you have some of the bet Rock and Funk recordings ever.

I would love to go back and hear any of the greats in person and in their prime. To be able to hear Lonnie Johnson's guitar or Blind Lemon Jefferson's voice in person would be amazing. The recordings don't do them justice. To hear them live would really show you why this music has stood the test of time. 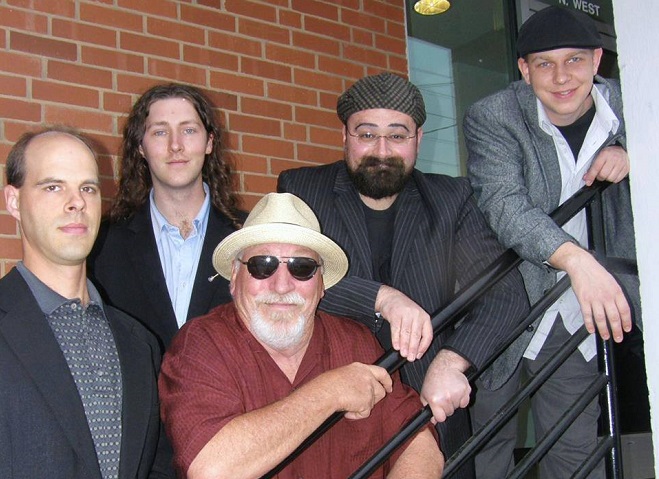