19-year-old singer, guitarist Johnny Ramos is making the scene all over Orange County, LA and beach cities alike. Even hitting Viva Las Vegas this year, and making quite a splash. As son of Blues guitarist Kid Ramos, Johnny has been surrounded by music all of his life. From Blues to Rock, Jazz, Rockabilly, Punk, Disco, even Classical and Broadway. He has been living a musical life since he was in the womb. When he was young, Johnny started o with the piano. Then he was old enough, dad (Kid Ramos) handed him his very first guitar, never to be put down again. The handsome 19-year-old actor/choirboy musician is tearing up the music scene with his blues and roots/rockabilly band, Johnny & Jaalene. 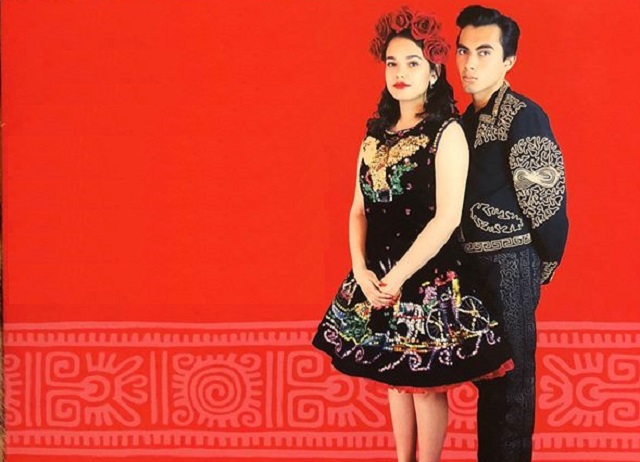 His super talented co-front girl Jaalene DeLeon is the 16-year-old beauty from Anahiem CA, Who sings like a bird and looks like a doll. Jaalene is a theater girl and choir student turned rockabilly diva, given the moniker “The Queen Of the Teens.” Jaalene has played many a lead role in musical theater, before joining Johnny with her timeless voice. She has won first place in many singing competitions and performed the national anthem for for a variety of prestigious events. Their debut album, “Johnny & Jaalene” (2018) on Rip Cat Records Features Kid Ramos, Tommy Harkenrider, Brent Harding, and Kip Dabbs. The best of the best of the SoCal music scene. This album has 12 songs featuring Roots, Rockabilly, Chicano Rock ‘n’ Roll, and Americana. The future holds many great things for these two rising Mexican-American teen idols.

What touched (emotionally) you from the Chicano Rock n Roll? What does Roots Music mean to you?

Johnny: To be Chicano means to be proud of being Mexican, as well as to be proud of being American. That’s who I am. Chicano rock is music that combines these two worlds. Lalo Guerrero is what inspires me, because he wrote music about being accused by his hermanos for losing touch with Mexican heritage, but being American doesn’t mean you have to forget who you are and what you come from. Roots music is raw unchained American creativity. It’s organic, and simple and very passionate.

Jaalene: The accordion played on the album reminds me of my Grandpa, because he loved music that involved the accordion. That’s what my grandparents used to listen to, that why roots music is important to me.

How do you describe Johnny Ramos songbook and sound? Where does your creative drive come from?

Johnny: I take from everyone that has soul, and an inclination to say what they want. People that got the confidence to wear their heart on their sleeve. I dig Kurt Cobain, Tupac, Howling Wolf and Elvis Presley. Howling Wolf was punk rock in the 50s. 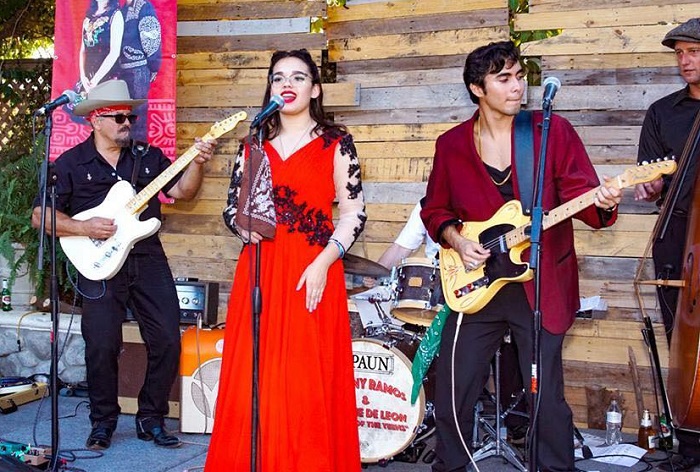 "What’s missing in music today that is everywhere in music from the past is honesty, rawness, and uncontrolled madness. Danger doesn’t exist anymore, when everybody is trying to be edgy."

Johnny: We recorded the album in two days, and after the first day Jaalene and I hung out and watched West Side Story. Then the next day when we were doing Cuando Caliente it was missing something. So we started psyching each other up like, “it’s gotta be like Tony and Maria being head over heels.”

Jaalene: Just listening to everything, we freaked out. Our reactions to everything in the studio. We’d never done Good Looking, and I’d never heard Why Why Why before. Every time I listen to it I have a different feeling every time.

Johnny: I would change the atmosphere of rock and roll. Mainstream rock has lost its edge. The edge is in hip hop, and it’s taken the ruthless attitude of rock music and done it better than what the “rockers” are doing now. You’ll rarely catch me at a gig in a blank white T-shirt, but if you do I make up the bore with screaming.

Jaalene: The lyrics in songs. I feel like it can be more innocent and about fun times. I like the music, but I don’t like the lyrics in a lot of songs. I wish music would be more meaningful, and lyrics in music reflects who someone is as a person.

What is the impact of Mexican-American music and culture to the socio-cultural implications?

Johnny: The fact that a lot of Mexican Americans are famous is inspiring in itself. The fact that Mexican Americans can be successful is inspiring, they don’t have to be famous. America is a land of opportunity, and that’s why so many people go here. Maybe it’s changing, but that’s what it should be is a place of escape and bettering one’s life. Selena shows to me that I can make it being a musician. Ritchie Valens shows me that I can make it as a musician, and I believe other Mexican kids here believe the same.

Jaalene: It shows that anything can be done if you’re Mexican or American, or any race. 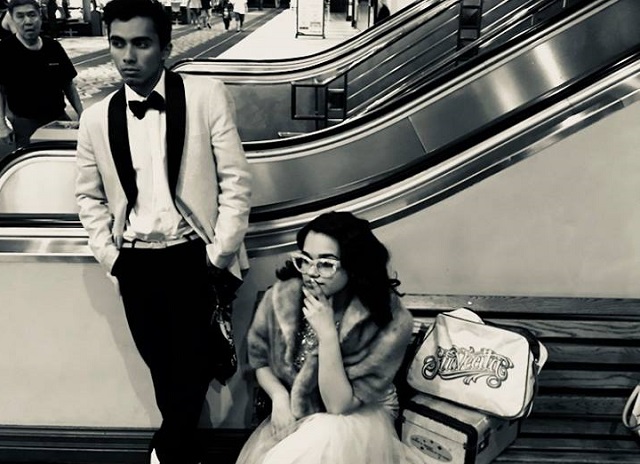 "The Blues and Rock n’ Roll culture has taught me to be real in everything that I do. Taught me to be passionate, and not fake things. There are many opportunities I wouldn’t have it weren’t for music. I wouldn’t have a lot of my greatest friends, and really, I’d be pretty lost. Music is so much of everything, and the blues is the most honest music there is. Rock n roll is a lifestyle. It’s saying what you believe and sticking to it."

How has the Mexican music and heritage influenced your views of the world and the journeys you’ve taken?

Johnny: Hearing people of all color being able to sing along to La Bamba shows me that Mexican music transcends. It shows me that anything can transcend to any people anywhere, no matter what language or style. Growing up Mexican, I see the importance of family and loyalty. My success is my family’s success, my follies might be their’s too, and for sure their masa is my masa.

Jaalene: I’m still learning, and as I learn more it’ll change my view really on the world. Growing up Mexican has taught me that family is the root of everything, I learned different things about Mexican music and heritage from each of my siblings and appreciate each of their views.

Jaalene: It’s not as loved as it was when it was happening. Connie Francis is a genius. People don’t cherish the music that was the start of everything, or appreciate it the way they should. I don’t have any fears, we can only go up from here.

Jaalene: Honestly, I’d go back maybe two thanksgivings ago and talk more to my grandpa when he was healthy, and tell him about the album. I’d want to see his reaction. 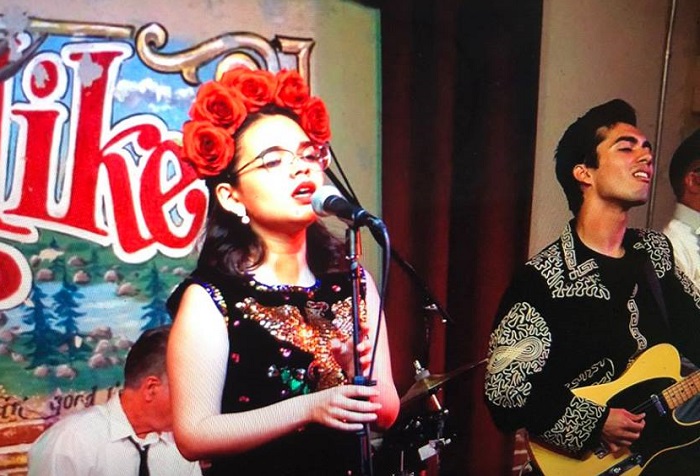