"That talent was more important than money. Nowadays what is real and what is artificial? In blues shouldn't care who are you or where you come from. It's more about what can you transmit with your instrument or your voice."

Boogie Riders is a blues-rock'n'roll band from Bilbao of the Basque Country. The band started eight years ago, with some of Cream, Hendrix and UFO covers, and then started writting their own original songs. First of it all was the debut album "Highway Dagger", released on April 2014. Boogie Riders came into studio again in 2012 to record a little demo with 7 own songs recorded live. After been on the stage as long as they can, decided to make a new record, so the band came into the studio and record a new demo with twelve cuts this time, all of original songs. 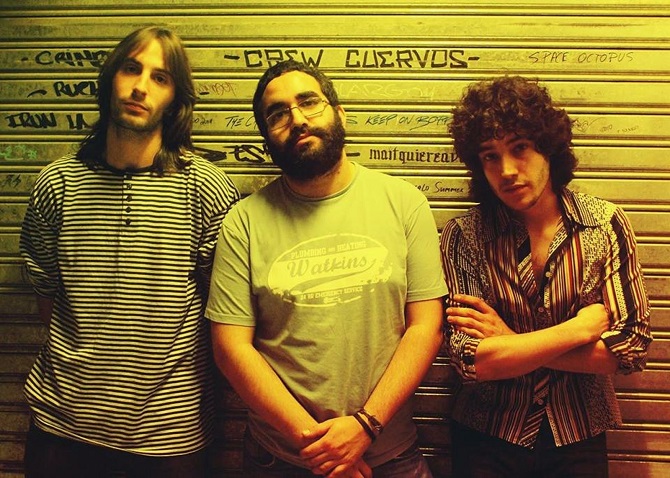 Then they made a videoclip for the song "Groovy Slim" and recorded "Boogie Riders Hamarrecords Session" a weekend-session of covers. Boogies been playing live anytime, anyplace we could through that years. Nowadays the band writing new songs and gonna keep on doing the same raw powerblues until the end of times. The Band are: Jorge Buey on bass, Markel Quilós on guitars & vocals; and Said Elkhalloufi on drums & percussion.

Markel: That the best things in life are about having a ball, also that music got to come out from soul, that's all. The blues mean love to me.

Said: The Blues and the Rock are a way of escape.  The drum let you express your feelings, but is the genre what makes you free and make you improve as a musician.

Jorge: I’ve learn that blues rock and music in general, is what takes me to a peaceful state of mind. Every time I play music, I forget my problems and I feel great.

How do you describe Boogie Riders sound and songbook? What characterize your music philosophy?

Markel: Boogie Riders sound is raw, and them songs are raw too. Influence from old blues and rock 'n' roll tunes mixed with our experiences. Our music philosophy is just do it better each and every day, have fun doing it.

Markel: After eight years together, there have been good times and bad times, but I don't wanna look back, after a gig, all we do is work for the next one.

Said: Every gig is important, every moment around music is relevant, but for me there's one time that made me realize that I want to dedicate my life on music, if the universe allow me. It was in La Rioja, that made me understand I want more and better musical experiences.

Jorge: In one gig one guy throw us a lettuce. Not because he didn’t like the music. He throws because he was a having a real good time and couldn’t control himself. We have memories to write a book. 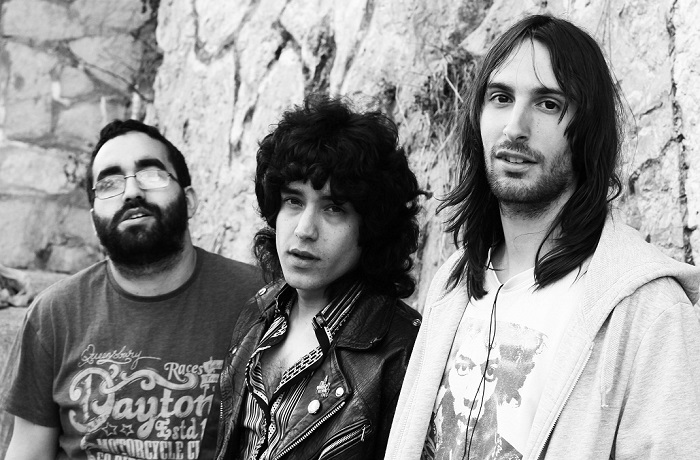 "Boogie Riders sound is raw, and them songs are raw too. Influence from old blues and rock 'n' roll tunes mixed with our experiences. Our music philosophy is just do it better each and every day, have fun doing it."

Markel: The purity. I understand that current blues is modernized, but I don't like it this way. No one know where is the music going, I think everything is invented, so I'm gonna keep doing that classic groove as long as I can.

Said: That talent was more important than money. Nowadays what is real and what is artificial? In blues shouldn't care who are you or where you come from. It's more about what can you transmit with your instrument or your voice.

Jorge: What I see is that the blues rock culture is going down. In my opinion most of the modern music has very bad taste, not much feeling.  I hope the blues culture don’t disappear.

Markel: I'd put the talent and the feeling over the money. You can't buy feelings.

Said: I'd take back the music inspired in suffering and happiness.

Jorge: In this days what moves the musical world is the money and not the quality. I wish I have the power to change that, but I don’t know how.

Make an account of the case of blues in Euskal Herria. Which is the most interesting period in local scene?

Markel: Despite there are blues bands in Euskal Herria, I don't really believe there is a blues scene, at least from my point of view.

Said: The musical scene was made some decades back with “Rock Radical Vasco”. Nowadays many styles are mixed, and there are diverse styles.

Jorge: In Euskadi, have never been a blues scene. There a lot of rock bands but blues here is a little underrated. I think now is the best period because we have to work to build a blues scene. 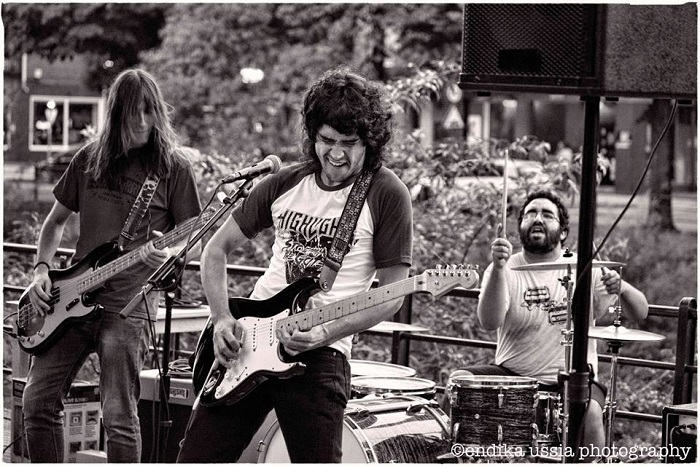 "In this days what moves the musical world is the money and not the quality. I wish I have the power to change that, but I don’t know how." (Photo: Boogie Riders / by Endika Ussia Apraiz)

What are the lines that connect the legacy of Blues from United States and UK to Basque Country?

Markel: I don't know, I've just learned it by myself, listening both legacy of US and UK scenes.

Said: There is an identity crisis among the youth of our generation that pushes us to find examples of past movements. Blues and rock emerged in societies with deep conflicts with well-defined values and principles. Once you know a few examples, you feel identified with that movement.

Jorge: The lines of internet and the shared music hahaha. Maybe some old men with a large blues record collection.

Markel: Not really, local folk music is really old music. Besides there are more punk, hardrock and metal bands than blues bands.

Said: I don't think so. Popular music got very deep roots and a little ties with bluesrock. Besides, the importance of local language, Euskera, difficult the ways of English music.

Jorge: I don’t think so. The folk music from here is like frozen in time and still sounds very very old. The blues is an evolution of US southern folk music.

What is the Impact of the Blues Rock music and culture to the racial and socio-cultural implications?

Markel: Blues roots came from the working class and poor people. When you put the music in the front, who cares about race?

Said: The bluesrock got black roots, it comes also from working class and poor people. This factor involves very specific principles and values.

Jorge: I don’t know how to answer the question because in music, your race don’t mind. Only your heart and your hands.

Markel: I'd go back to any year when the internet, the computers and mobile phones didn't exist and enjoy the whole damn day, haha…

Jorge: To the day that Fleetwood Mac decided that making crappy pop music was better than blues rock n roll. Only to convince then to keep doing blues rock, even without Peter Green and Dany Kirwain. 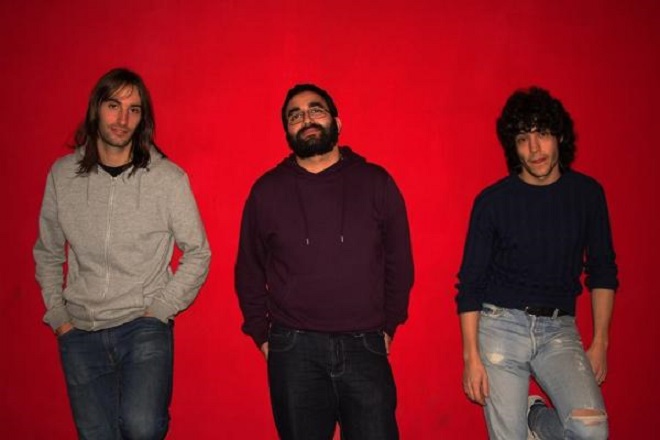