"My hopes are that more kids appreciate this music of Blues and Jazz and my fears are that they don’t!"

Musician extraordinaire on the tenor, alto and soprano saxophones, flute and clarinet, Noel Catura is an award winner, band leader, sideman, recording artist and educator and came to be through years of studying, playing and struggling in the world of the arts. Noel’s musical career spans over 30 years performing and teaching in the San Francisco Bay Area, as well as touring around the world. While he is known for his contribution to blues and R&B, his musical genre includes pop, jazz, be-bop, Latin and smooth jazz. Noel is a 3-time award winner of the South Bay Blues Society Best Saxophone, as well as being nominated for the W.C. Handy Award and the Bay Area Music BAMMIE Award. He has been performing nationally and internationally at festivals including the Montreal Jazz Festival, the Gospel and Rhythm & Blues Festival (N.Y.), The Notoden Blues Festival (Norway), Belgium Rhythm & Blues Festival, the West Palm Beach Festival (FL), Bumpershoot Festival (Seattle), San Francisco Blues Festival and Sacramento Blues Festival. 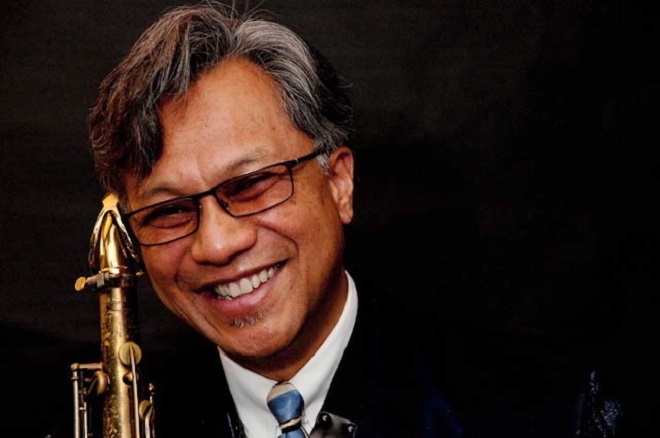 I’ve learned how to be very honest from the blues, musically and in life.  Now in my life everything that I encounter relates to music in someway or another. And so the blues taught me that because you can only play the blues with an honest heart! The blues to me is my foundation, I have a very eclectic taste in music from gut bucket blues to classical to jazz to R & B to Latin music but I’ve learned that music has to come from the heart and that’s what the blues gave me.

How do you describe Noel Catura sound and what characterize your music philosophy?

A description of my sound would be American R&B, Blues, Jazz, Soul with an appreciation of all other music around the world. What characterizes my philosophy, well again I must say that I want to be honest with my music. I’ve played on a lot of other people’s music and found that if I put honesty into their music, they are happy and when I play my own music, then I have to play or write honestly.

What were the reasons that made you started the Jazz searches and experiments? My brother Ernie, was in the jazz band at San Jose City college when he starting listening to Charlie Parker and Cannonball Adderley, I started too listen to jazz and really dug it! When I was 12 or 13, I switched from clarinet to tenor sax in 7th grade and continued playing in the high school band. I wasn’t really a full blown jazz head yet, in fact I listened to R&B more but still had the jazz thing going.

"What’s made me laugh lately is how much more I enjoy performing!"

I think meeting and playing with Chris Cain was a one of the important ones and playing with him I met Eddie “Clean Head” Vinson, which was a great thrill, specially because I got to play together with him just before he passed too! John Lee Hooker used to come with his entourage to see us play when I was with Chris. I met Don Menza and got to hang out with him after a gig when he was the guest artist for Nineteen the Big Band I played with at the time and Ernie Watts was a guest artist with that band as well, he was another great musician I’ve met. Albert King use to come out to see the CC Band in Memphis and hang out with us at BB King’s, Albert Collins I got to meet in San Jose at the JJ’s Blues Festival driving his tour bus himself, that was a good memory.  Bob Berg I remember getting to meet him in Emeryville CA. at a club called Kimball’s East, when he was on a break at the bar, Michael Brecker I was very lucky to have met at Yoshi’s in Berkeley and got a picture with him only because a piano player friend on mine Paul Dorr insisted we go back to his dressing room!  Otherwise I would have just gone home, Thanks Paul!

What is the best music advice has ever given you?

The best advice as a musician came from my teacher Victor Morosco, he said a musician needs to wear different hats all the time. Meaning, the different aspects one takes on as a musician. For example the music business end (promoting, making calls for bookings, ect.), teaching, band leader, sideman, composer, artist. All need there own hat for you to wear at certain times.  And then on the other side at least for me is my home life with my family as a husband and father, that’s another set of hats to wear.  So that was very good advise to me. 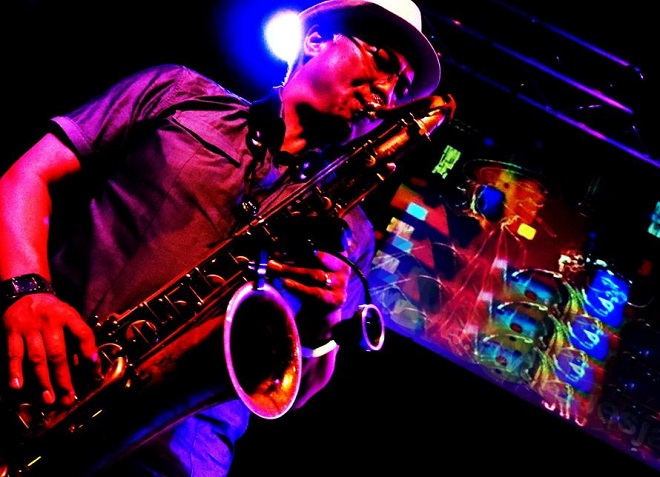 "I’ve learned how to be very honest from the blues, musically and in life. Now in my life everything that I encounter relates to music in someway or another. And so the blues taught me that because you can only play the blues with an honest heart!"

Are there any memories from “Clean Head” Vinson, Albert King, and John Lee Hooker, which you’d like to share?

Well on that subject, I’ll never forget while playing with the CC band as I said earlier we back up Eddie “Clean Head” Vinson in Half Moon Bay, CA at a restaurant / Club there and the whole band was very excited specially me since I was the sax player, it may not be a very big deal but to me it was a big highlight, during the gig I was taking a solo standing next to “Clean Head” and I wasn’t on the mic to well and he came over and adjusted my microphone as I was soloing and that was a big thrill for me. Eddie “Clean Head” was a very nice man, you could tell in the way he carried himself and how he presented his personality. Albert King would show up at BB King’s in Memphis when we toured (CC band) and because he was Albert King he was able to park his Cadillac right in front of the club on Beale Street and it would be jumping, very crowded all up and down the street. I always thought that was too cool man! With John Lee Hooker he always had in his entourage the finest young women hanging out with him and not just one it would be three or four and this is in his later years!

What do you miss most nowadays from the jazz & Blues of past? What are your hopes and fears for the future of?

What I miss now is how many different places musicians could play. There use to be clubs with in just walking distance and you could check out five or six different bands in one night now you have to drive to different cities to do that. My hopes are that more kids appreciate this music of Blues and Jazz and my fears are that they don’t!

I would want the musical world to just appreciate music. What I mean is everyone is always talking down on someone else’s music if it’s not what they’re use to and I include myself. Music is music, where ever it’s from and we all need to be more open to that. 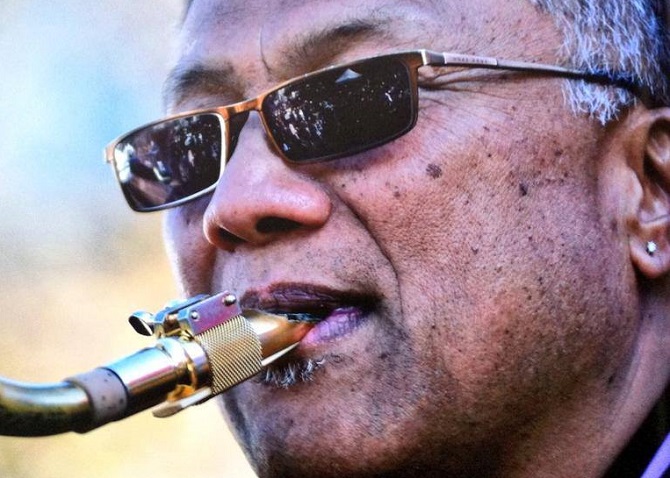 "Soul and Funk music in my opinion are direct by product of Blues and Jazz. In fact that is why I love all that stuff. I can’t get away from it! It’s always a part of my playing. I’ve always felt that with Blues, Jazz, Soul, Funk there is always a groove that locks you into the music!"

What makes me smile about these musicians: I Just loved the way that Charles Brown would talk, he had such a low deep smooth voice and would bend his first syllable with his words. Bobby Womack when he would rehearse the band he would be so creative and just know everything that he wanted to hear in his head! Joe Louis Walker he is all about the blues. If you took a solo and tried to put some type of bebop line in your solo he’d say, “this is the blues man, I don’t want to hear any of that Oop Dee Bop stuff”.

What are the lines that connect the legacy of Blues with Jazz and continue to Soul and Funk music?

Soul and Funk music in my opinion is a direct by product of Blues and Jazz.  In fact that is why I love all that stuff. I can’t get away from it! It’s always a part of my playing. I’ve always felt that with Blues, Jazz, Soul, Funk there is always a groove that locks you into the music!

What’s made me laugh lately is how much more I enjoy performing music! More than ever now, I feel this is what I am and I’m not here to do anything else but music!

I would have loved to been at the famous Jazz photo shoot “A Great Day in Harlem” of all the who’s who jazz musicians in 1958.