"I have no fears for the future of the blues at all. Its in all the American Roots music we make and thats gaining popularity all the time. Its all good."

David Michael Miller, Buffalo, NY area-based singer/songwriter, has his roots deep in the church and gospel music. His music is anchored deeply in a roots gospel, blues and soul foundation. He fronted several bands as lead singer and primary songwriter, getting airplay all around the country in college markets and gospel stations with previous projects. After a hiatus from music, in 2005 he launched back into the local scene and inspired by professional artists such as Tommy Z, he carried his gospel roots into the nationally known blues and soul scene. This led him to the last 3+ years with Dive House Union as lead singer, primary songwriter and secondary guitarist. Dive House Union has shared the stage with such greats as Gary Clark Jr, Bobby Blue Bland, Jonny Lang, Jimmie Vaughan, Shemekia Copeland, Joe Bonamassa, and many more. 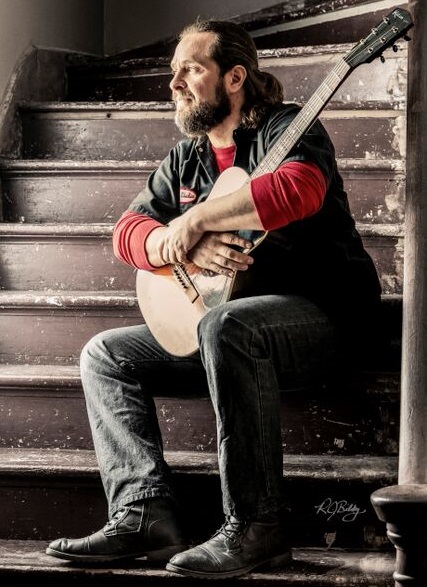 They also represented Western New York in Memphis, for the International Blues Competition in early 2013. DHU has released two live albums recorded locally at iconic rooms, Kleinhans Music Hall and The Aurora Theater. David partnered with local producer Jesse Miller for the album, “Poisons Sipped” (2013). Miller's follow up album, Same Soil, released July 1st, 2015. SAME SOIL is a tribute to the fertile blues/roots tradition influencing David Michael Miller’s unique style, following the heels of his breakout album, Poisons Sipped. Co-produced, mixed and engineered by Grammy Nominated producer, Mike Brown, at Temperamental Studio (featured on American Pickers), over half of this album was tracked with pre-WWII instruments and using old mic’ing techniques.  Along with the vintage equipment, David brought in a host of veteran players to bring the songs to life including keyboardist Jim Ehinger (Bonnie, Raitt, Albert Collins), saxophonist Jason Moynihan (Buddy Guy) and drummer Carlton Campbell (The Campbell Brothers). David explores songs inspired by Muddy Waters, Jimmy Reed, Bo Diddley as well as a blend of americana, soul and gospel influences. The album features songs that take the listener from hard driving acoustic blues, through greasy shuffles, gospel beats, slow moody ballads, on to funky blues rock and concluding with a heart wrenching song written to honor his grandfather who passed on during the recording of the album.

To me, blues is simply telling it like it is and it took me a while to come to the place where I was who I was whether people dug or not, namely whether I dug it or not. That acceptance came to me with the help of blues and soul music, so to me, blues music means keeping it real, raw and honest.

How do you describe David Michael Miller sound and songbook? What characterize your music philosophy?

I love seeing how American music styles connect and overlap and my music tends to be about that. I know on my last album, Poisons Sipped, there is a good example of that with the song, Hope Finds A Way which starts out as a grindy, delta influenced mess and morphs into an R&B chorus and then back again. At the bottom supporting the music I make is old gospel/spirituals lines and rhythms. 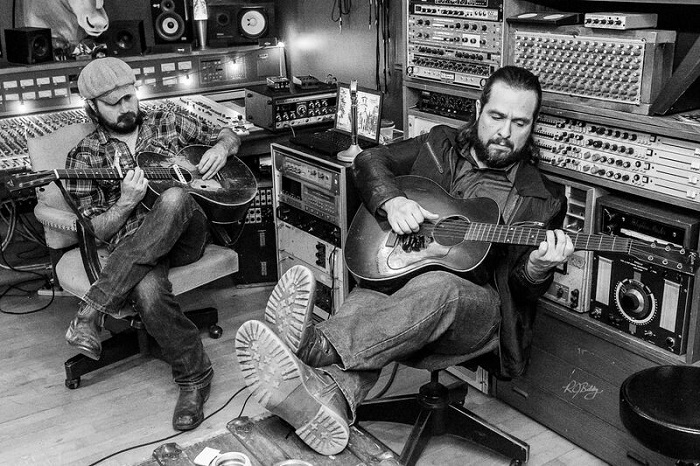 "To me, blues is simply telling it like it is and it took me a while to come to the place where I was who I was whether people dug or not, namely whether I dug it or not. That acceptance came to me with the help of blues and soul music, so to me, blues music means keeping it real, raw and honest."

What were the reasons that you started the Blues/Roots researches and experiments?

Growing up with gospel music, there wasn’t a big leap to diving into the blues, but I guess I’ve always gravitated towards the “soul” music vibe regardless. Grunge music actually pushed me to discover old blues though that may seem odd. That search started me off trying to write what I was hearing and after seeing some incredible local cats like Tommy Z, I decided I wanted to try to bring this music to the clubs.

Wow, there have been so many that have impacted me. I try to learn from everyone I talk to, fan or professional. Early on getting encouragement from Joe Bonamassa was pretty cool, however not even too long ago having lunch with the Selwyn Birchwood band was very meaningful on several levels. I guess a repeated message that is great advice for me is to just stay at it.

A personal high for me was opening for Tedeschi Trucks in Buffalo, NY.  They were all incredibly gracious and getting to talk with Derek still makes me giddy. He’s a hero of mine. I did a series of residency shows with members of The Campbell Brothers, prepping for last years release of Poisons Sipped and those were very special shows. We invited the crowd to watch us rehearse and we all had a blast. 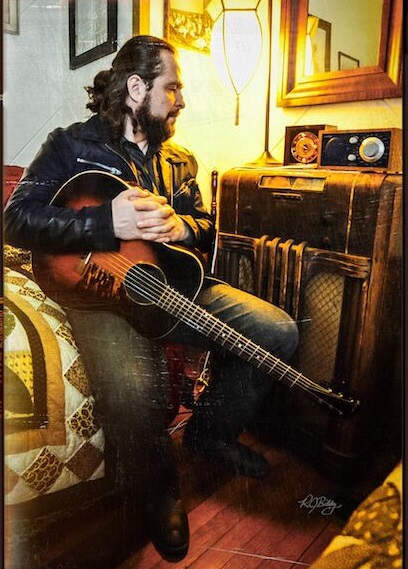 I miss some of the rawness. With Same Soil, I tried to allow that rawness in to our recording and process. I have no fears for the future of the blues at all. Its in all the American Roots music we make and thats gaining popularity all the time. Its all good.

"I love seeing how American music styles connect and overlap and my music tends to be about that."

Easier booking .. lol. Its tough to get booked as a regional act nationally without pro help. So any pro agents out there that want to pick up a hard working and super talented band, call me!

What are the lines that connect the legacy of Blues, Soul with Jam Rock and continue to R&B and Gospel music?

I’m not sure what you mean by lines, but to me the core of it is passion.  Sing it with angst, play it with angst, record it with angst. Let that heart cry out. There are song forms that help connect, certain rhythmic patterns, but in the end, its gut cry that does it for me.

Well I think the local feelings of competition or entitlement make me chuckle. Its music man, open to subjective criticism and opinion. Don’t take it to heart. Emotionally I am moved by the incredible talented, young music scene in Buffalo that embraces American Roots music. We have blues artists like Hayden Fogle and Grace Lougen, talented musicians like Jacob Peters, Pat Harrington, soul/pop artists like Zuri Appleby and Vinnie DeRosa, bands like Cosmic Kat with Declan Miers.  The list goes on and on and I’m blessed to jam with some of these and be blessed by what they do and the future they represent.

What is the Impact of the Blues and Roots music and culture to the racial and socio-cultural implications? 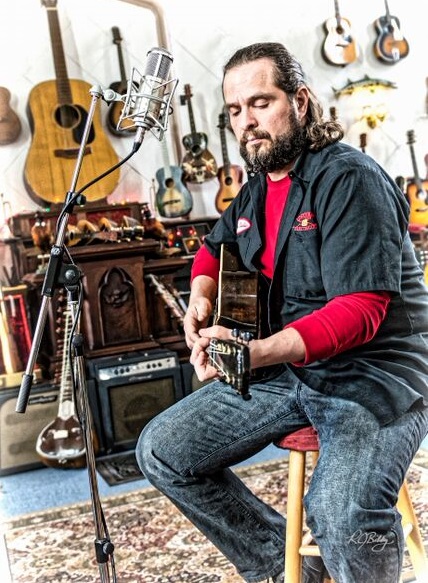 Well, bluntly spoken, Miller and The Other Sinners is a mixed band as they used to say. That is our message. We work and play together with mutual respect regardless of color, creed, ideology, or class. I hope people hear and see us and just get it.

"I miss some of the rawness. With Same Soil, I tried to allow that rawness in to our recording and process."

Actually, I’m good where I am. I don’t want to know anything about the future honestly and the past, though interesting (like how did mankind kinda come about anyway?) is more info than I need. Right here, right now is just fine.