"Blues, rock, and soul music is truthful music and is about the good times and the bad times. I want the world to be a fair and equal place for everyone and I live life that way too in song and in daily life."

Soulful blues singer/saxophonist Vanessa Collier's most recent album, "Honey Up", released July 6, 2018! If you haven’t been fortunate enough to meet Vanessa Collier and witness one of her head-turning, fiery, and passionate performances, you should definitely make sure you do. As a master musician and multi-instrumentalist, Vanessa weaves funk, soul, rock, and blues into every powerful performance and she is downright impressive. With soulful vocals, searing saxophone, and witty songwriting, Vanessa is blazing a trail, racking up an arsenal of honors, and has already singled herself out as an artist of distinction and one we would all do well to watch. It’s not simply the accolades she has accumulated so far, although they’ve been many -- three Blues Music Award Nominations (BMAs) for Contemporary Blues Female Artist of the Year (2018) and Horn Player of the Year (2018 and 2017), a Blues Blast Award nomination, the Jamming-est Pro Award bestowed by the Legendary Rhythm & Blues Cruise, First Place for lyrics in the International Songwriting Competition, Best of 2014 Blues Breaker on Dan Aykroyd’s Blues Mobile -- it’s the fact that she has accumulated all these honors even while her career is still in its infancy.                   Photo by Jeff Fasano 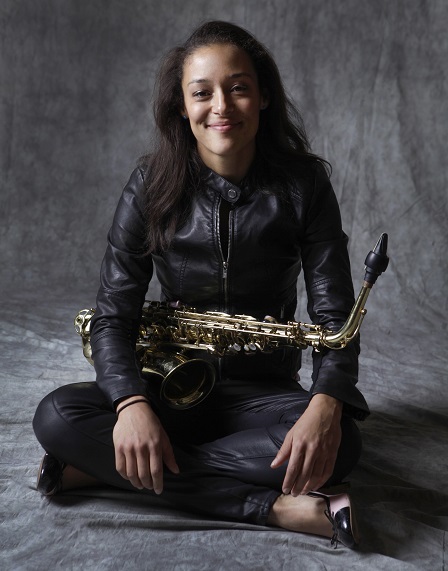 A 2013 graduate of the prestigious Berklee College of Music, she’s toured nationally and internationally, released two critically acclaimed albums (2014’s Heart, Soul & Saxophone and 2017’s Meeting My Shadow), and released her highly anticipated self-produced third album, Honey Up, in July 2018. These days, Collier spends much of her time on the road, performing at some of the most prestigious music festivals in the world. Her talents have taken her to the Blues Music Awards Show where, in the words of the Blues Foundation, Vanessa “blew the doors off the Blues Music Awards!”; Ottawa Blues Festival, where she earned two front page newspaper photos and rave reviews after her foot stomping debut there; twice on the Legendary Rhythm and Blues Cruise, where she earned the Jamming-est Pro Award and was a featured artist with Tommy Castro’s Blues Review; Briggs Farm Festival, where she was the “most popular Briggs Farm act in 2017” (Elmore Magazine), and the list continues. In 2017, Vanessa was also a featured artist in three major tours across Europe as part of Ruf’s 2017 Blues Caravan.

How has the Blues, Rock and Soul music influenced your views of the world and the journeys you’ve taken?

Blues, rock, and soul music has always been about true human emotions, life, the injustices, and the good in life. There are a lot of songs about keeping your head up and persevering through whatever comes your way, but there are also a lot of celebration songs about how good love and life can be. I'm always an optimist in moments of struggle - I believe that things happen for a reason and that everything will work out and that always pulls me through any tough times I've had. I've learned to push the boundaries as many of those artists did before me and I'm continuing my journey with the thought that I will continue to learn and grow and change.

How do you describe your songbook and sound? Do you consider the Blues a music genre or a state of mind?

I describe my sound as earthy, grounded, powerful yet gentle with witty lyrics and soulful, heartfelt messages. I think the blues is daily life - it's how we deal with any issues that come up and singing about it all, so I guess in that way, it's a state of mind.

I had a great saxophone teacher through middle school and high school, Chris Vadala, who has been one of my biggest influences. He loves playing saxophone and sharing his love of it - he's such a passionate player with a killer tone. My middle school band director is another one of my most important experiences because he pushed us to be the best we could be always and pushed us by playing challenging music. But, for life experiences, my mom has been the biggest and most important influence. She's taught me how to move about the world staying true to what I believe is right and has been my biggest support throughout my life. The best advice anyone gave me is just to find your way through the tough times and believe that things will turn around - it makes those moments pass much quicker and it allows us to celebrate the little things in life that we overlook sometimes. 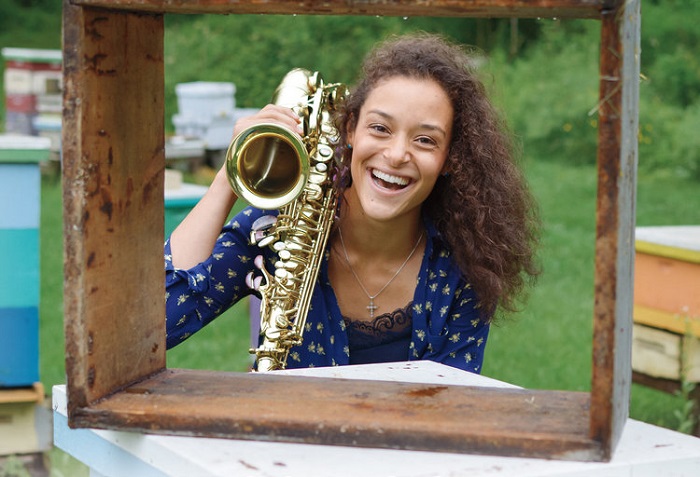 "Blues, rock, and soul music has always been about true human emotions, life, the injustices, and the good in life. There are a lot of songs about keeping your head up and persevering through whatever comes your way, but there are also a lot of celebration songs about how good love and life can be."

I've always loved feeling the energy from the crowd when they get into your music - one of my favorite moments was at the North Atlantic Blues Festival and White Mountain Boogie Festivals this past summer, standing at the merch tent for 2-3 hours talking to an endless line of people. They were all so warm and so excited to share their connections to my music with me. Just hearing about the emotions and goosebumps they felt makes me extremely happy and connected.

I loved the messages and stories in the music of the past. I love the innovation of new sounds and ways to record, but the stories and life messages in popular music aren’t steering us to a more welcoming, harmonious, connected place at the moment. So, it's one of the reasons why I write songs about being real and connected. I hope for the future that we'll turn that back around and return to our roots of connection and truth.

I think I'd change the politics of it all just so it's a little more fair for artists to get started in the business. The way to book yourself at venues is based on how many patrons you as the artist can draw, but really I think the music community should be more of a support community. The venue should be established as a place where great new acts get discovered and the patrons believe and support the local music community by attending really awesome shows. It would allow great musicians to work with the venues rather than needing 10,000 YouTube views before ever being seen.

What touched (emotionally) you from the "Blues in the Schools" programs and your experience with kids?

I love how free kids are to dance and be themselves, even to music they aren't accustomed to hearing. They have beautiful spirits and want to express them and I think it's our job to encourage that and keep it alive and well! 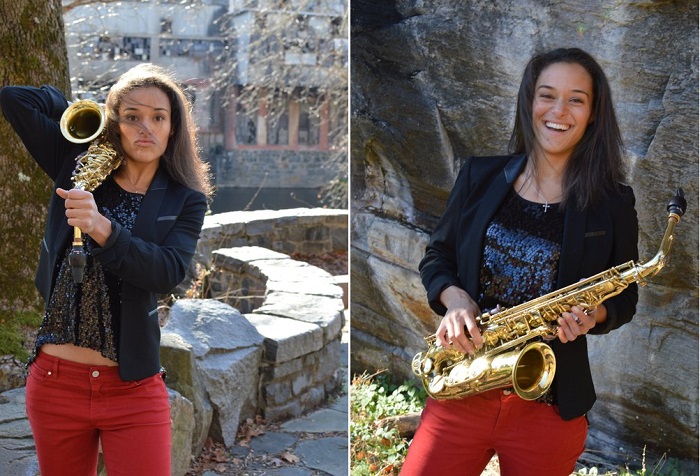 "I loved the messages and stories in the music of the past. I love the innovation of new sounds and ways to record, but the stories and life messages in popular music aren’t steering us to a more welcoming, harmonious, connected place at the moment." (Vanessa Collier / Photo by Beth Vermeer)

I think women in some ways have made huge strides in the music industry, but there's also a huge hurdle we have to jump over in order to be respected as musicians. There are a lot of artists (both male and female) that are aware of the inequities and fight against it and I'm encouraged by that. I believe and hope that, at some point in the future, all musicians will be seen and treated as equals.

For me, I think the impact is huge. The first thing I think of is Mavis Staples and the Staples Singers, that whole Stax era in Memphis. They all sang about what they believed in and tried to make the world a more harmonious place, while calling out the injustices and inequalities. Blues, rock, and soul music is truthful music and is about the good times and the bad times. I want the world to be a fair and equal place for everyone and I live life that way too in song and in daily life. I've written songs like "Cry Out" and "The Fault Line" to carry that tradition forward of singing your heart out about things that matter and about the changes we need to make in society.

I'd love to go back in time to see Freddie King live because he was just an incredible player and performer. He captivates me on videos but I'm sure he would even more so live. He blows me away and I'd love to just experience that. 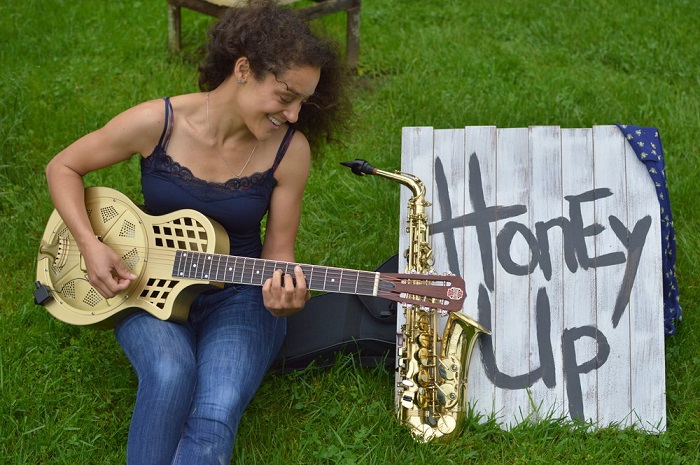