Q&A with Southern bluesman Jontavious Willis, a natural musician taking the blues world to another level

"The blues has always talked about injustice and modern times. This is another reason I sing them because blues relate to today’s society just as much as it did during the Jim Crow era."

Jontavious Willis is a student at Columbus State University and a true blues prodigy. With mentors like blues icon Taj Mahal, there can be no doubt that the tradition of a unique American musical art form is being passed down to a worthy young artist. He struck the last note of “Big Road Blues” and both the legendary bluesman Boo Hanks and Jontavious burst out laughing. A musical connection has a beautiful way of closing an age gap of 70+ years. Here they were in Boo’s living room, just two passionate musicians trading songs and stories, quizzing each other on blues history. Jontavious (Quon) Willis, 20 years old, from Greenville, Georgia is a natural musician. His guitar remains in conversation with his smooth tenor throughout each song, so natural it feels like hearing a familiar song for the first time. 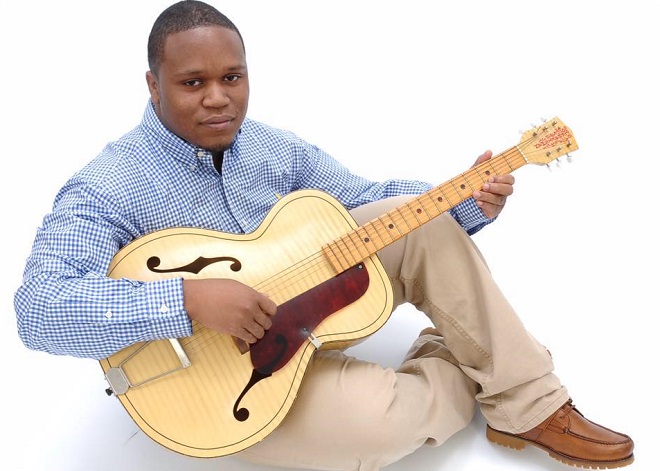 He’s entirely self-taught. A couple weeks ago Jontavious called the Music Maker office and said that he had been watching all of the YouTube videos we have posted and that he would love to come visit some of the artists we work with. So, we planned a visit. As we rode up to Boo’s place from Hillsborough, he told us that he has watched every Music Maker video on YouTube at least twice. With ungoverned excitement, he listed off his favorites and proceeded to rattle off dates and bios. He stopped to apologize for his enthusiasm. Boo Hanks, a descendant of Abraham Lincoln on his mother's side and the greatest Piedmont Blues rediscovery in many years was the first blues musician Jontavious had ever met, and he couldn’t hide his joy. Remember this name, Quon Willis. Soon, he will be recognized as one of the greatest blues musicians. At 20, he's taking the blues world to another level.

I learn that I have taken up a job of teaching others about the music of my ancestors. I also learned it was much deeper than just a musical genre to me. To me the blues is the most important musical genre and the roots of many others. Deeper than that it is a cultural thing for me and my heritage. I feel when I play the blues I am connecting with those before me and presenting it to others, a spiritual tap type thing.

How do you describe Jontavious Willis sound and songbook?

My instrument sound is simple; my voice is what I put on the forefront I feel that’s what the blues is about. When you start focusing on you instrument more than vocals you are forgetting the purpose of the blues which is to tell a story. I play different styles but when I play my style it is just simple. I don’t exactly know how many songs I know they range in styles and different eras so it is hard to describe it in any other word than vast. 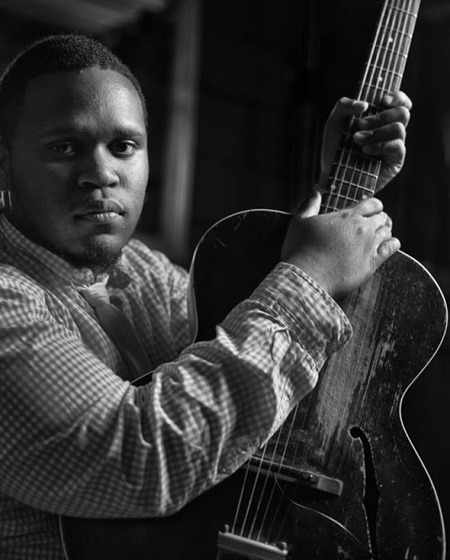 Majority of my musical knowledge was learned at church vocals, timing and tempo etc. As far as the instruments I picked them up I taught myself.

"More Promotion of real blues even if its “not as lucrative” I’m so tired of getting bombarded with noise."

What were the reasons that a young musician started the Roots Blues researches and experiments?

Well as I said I was already in church I started singing in Baptist church at about the age of 3. Once I heard the Roots blues (20’s-30’s blues) it had the same vibe as our church music. I also feel to do something right you must know where it all began.

My grandfathers who I always wanted sing like Taj Mahal and Mr. Henry Gipson. Whatever you do be yourself don’t try to be like others there’s enough of that out here already.

Well here recently my friend Russell Gulley and Jock Webb and I went to Gip’s Place in Alabama. I was playing and this was my first time there. When the show was over around 12:00 I stayed with Mr. Gip for two hours singing gospel song it was a moving emotional time. Both of us was getting emotional and playing old time gospel tunes, he told me I was one of the best he had heard. I took that to the heart he is 96 so he has heard many for him to say that was just grand.

Good vocals and originality!!! I would hope more African Americans would understand this is music forged from our ancestors and it is important to always be in contact with it. My fears is that the bluesmen of long ago will be forgotten and people will forget what Roots blues sounds like and think you have to shred and have 10 minutes instrumentals to be classified as blues. "To me the blues is the most important musical genre and the roots of many others. Deeper than that it is a cultural thing for me and my heritage. I feel when I play the blues I am connecting with those before me and presenting it to others, a spiritual tap type thing." (Quon Willis and Jock Webb jammin' on stage, Gip’s Place, Alabama 2016 / Photo by Roger Stephenson)

More Promotion of real blues even if its “not as lucrative” I’m so tired of getting bombarded with noise.

What are the lines that connect the legacy of Blues from Gospel to Folk and continue to Jazz and Roots music?

I think the blues and gospel reflect the current times. Both was and are ways to sing and express you pain of express your joy. Both of the genres music inspired every American genre after.

The clique like mentality of many “blues” musicians make me laugh hard. They will rather deny you opportunity than help you out, their willingness of people to learn about roots blues and different styles of blues touches me shows me there is still hope for the good ole stuff. 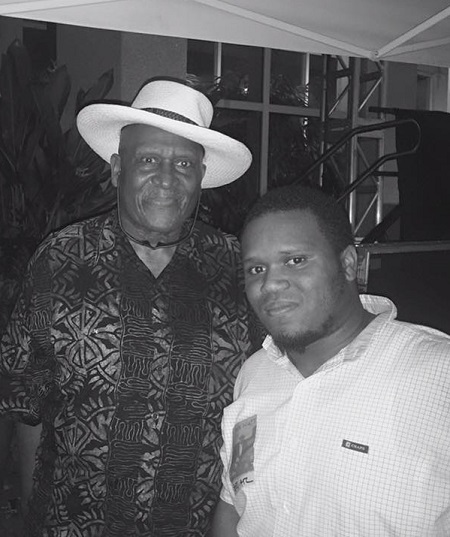 The blues has always talked about injustice and modern times. This is another reason I sing them because blues relate to today’s society just as much as it did during the Jim Crow era.

"I think the blues and gospel reflect the current times. Both was and are ways to sing and express you pain of express your joy. Both of the genres music inspired every American genre after." (Photo: Jontavious Willis & Taj Mahal)

Let’s go back to any bluesman studio session or rediscovery and give audio interviews. I would’ve got interviews so we wouldn’t have to make up our own theories and he say she say on so many artist. Sadly many people didn’t give interviews even to some of the rediscovered people. It seems like that would’ve been a no brainer but seemed like they just wanted to sell some records.