"My fear for music is that it looses its ability to speak for people who need to be heard and becomes simply a marketing tool for big corporations. This isn’t a new development but it is intensifying without question."

Kings & Associates: Down Under Tales

Since their humble beginnings winning the 2014 Adelaide Roots & Blues Association (ARBA) award for ‘Most Outstanding New Act,” Kings & Associates have developed into one of Australia’s exciting neo blues acts. Within two short years K&A have quickly become a regular at Australian festivals including Mordi, Geetroit, Blenheim, Echuca, Semaphore and Bendigo, along with premier venues such as the Cherrybar (Melbourne), Lazybones (Sydney), and the Gov (Adelaide). Their new album, “Tales From A Rich Girl,” marks over two years of writing, touring and recording with ten new original compositions, which started with tracking in LA in August 2016 with 7-time Grammy winner, Jim Scott, as engineer and producer. Scott’s catalogue of hit albums and awards include the Rolling Stones, Tedeschi Trucks, Sting, the Chilli Peppers, Foo Fighters, Matchbox 20 and Crowded House. Bassist and co-songwriter Steve Portolesi rates this 6-day session in Scott’s studio PLYRZ in Valencia north of Hollywood, as the musical highlight of his career. However, the quality didn’t finish with Jim Scott and LA. The band secured the services of Nashville based Vance Powell to mix the album, another industry legend and multi Grammy winner. Powell’s credits include Grammys with the Dixie Chicks and Jack White and had just finished producing the breakthrough album for Chris Stapleton. 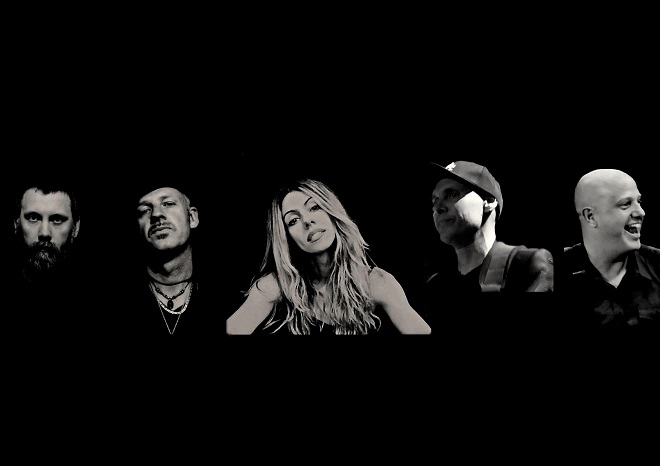 So, it was back to the States again to mix the album in Music City. This time the band used the trip to perform live with shows at the legendary Bourbon St Blues Club in Printers Lane Nashville and a semifinal appearance at the International Blues Challenge in Memphis. Between tracking in LA with Jim Scott and mixing in Nashville with Vance Powell, the guys had travelled over 34,000 miles in eight months to finish their album. Producing and performing music is not the sole focus or motivation for Kings & Associates. In conjunction with their new album the band continues their relationship with global NGO World Vision. This partnership was birthed from their debut “Red Dress” (2014), which was produced as part of World Vision’s #nochildforsale campaign to help raise awareness of childhood sex slavery, specifically in Brazil. Kings & Associates have developed a close relationship with World Vision as a partner artist, the issue of sex slavery remains a driving passion for the band and a huge influence on their artistic direction.

How has the Blues, Soul and Rock music influenced your views of the world and the journeys you’ve taken?

Steve: Starting out as a kid listening to and ultimately playing music I guess I was first influenced by the way rock music effected popular culture. When you’re a kid for the most pop culture (regardless of the genre) is the biggest form of influence on you, in hind site I can see how that can in some ways be detrimental, but it’s the reality good or bad.

As you mature you start to hear the deeper messages within song, and I think at that point you tend to be drawn to the art of story telling, this certainly was the case for me. Things like social struggles, humanity, personal loss and gain start to effect you personally so you can relate to it in music or any art for that matter.

How do you describe KINGS & ASSOCIATES sound and songbook? What characterize band’s philosophy?

Steve: Without doubt musically we’re a collection of styles and influences, my hope is these form our sound. We certainly don’t claim to be breaking ground musically like the Beatles but we do believe our desire to hear and incorporate what each member brings to the collective is what creates our sound. We enjoy travelling together in a car talking about random and ridiculous subjects as much as we do playing together. I think our approach to our music really is just an extension of our relationship with each other.

Lyrically Angie for the most tells the stories. These are often social, sometimes poignant, sometimes silly, but always with a message. 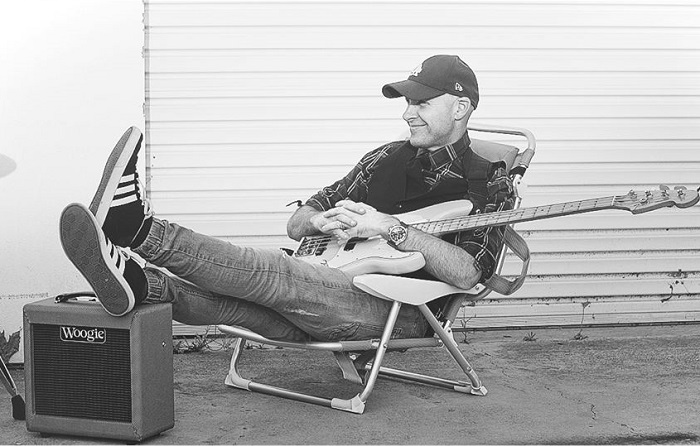 "I love and completely honour the ‘pure’ sound of blues, and I honour those people who genuinely desire to preserve that specific art form, but for me playing a cigar box guitar without understanding what caused a person to have to make one in the first place completely dishonour the art."

Steve: Without doubt our time with Jim Scott in LA tracking this album was a musical highlight…perhaps THE musical highlight of my life. Firstly having all of us together playing, along with our ‘6th member’ and very close friend from Nashville Luis Higuera was going to be fun and creative as it was the first album we’d done this way. We’d all played on the first record but not simultaneously hence the reason Red Dress lacked direction…it was a reflection of where we were at at that point though. Setting up with Jim was an all together different thing. For starters his studio is built around making you feel relaxed and inspired…that starts with Jim as a person and is reflected in the environment at the studio. I remember when we first saw his studio on line we though that’s that place I want to be to track an album. He has this ability to make recording fun, chilled but very productive. We tracked 2 - 3 songs per day during the 5 day session and it always felt like a holiday despite the 12hr sessions. We’d eat in the studio, Jim would cook, he’d pull out a classic vinyl to spin while we’re mixing a cocktail, we’d laugh and eat listening to his amazing stories, then jump back in and track some more. We’re absolutely indebted to him for what he brought out of us.

Steve: I think I miss the mystique of an artist. I’m not one to say everything was so much better in the past but I do love the way there was more mystery to bands. The Internet and the way music is marketed now means there’s so much more access and regularity to artists. Back in the day between albums or tours the best you might get from a favourite band is hearing a track on the radio, or if you were really lucky getting a bootleg recording. Now everything is recorded on a mobile and uploaded to the web, so bands have had to become more savvy in their presentation in general.

My fear for music is that it looses its ability to speak for people who need to be heard and becomes simply a marketing tool for big corporations. This isn’t a new development but it is intensifying without question. My hopes are that people continue to embrace the concept that music is not culture but it effects and speaks for culture. Everyone has something to say and has a unique social ‘finger print’. As a band we definitely come from the point of view that we are individuals and collectively we are individual…we have our own sound to make that is completely unique to us…no better or worse than anyone else.

Steve: That’s a really hard question. There’s lots of things I think I’d like to change, but then again maybe others like the way it is so my gain would be their loss. Probably the 1 thing would be the graphic over sexualisation of culture and how this has scientifically been proven to have a negative effect on kids. I don’t think this is limited to music but music is a big player. Do I really need to have my kids see and hear things that are too mature for them? People have a right to sing about whatever they want, but as do others have the same right not to hear what they’re saying….you can’t have freedom of expression without freedom of choice….sometimes I feel the right to be heard overrides the right not to hear, you can’t impose one without embracing the other. 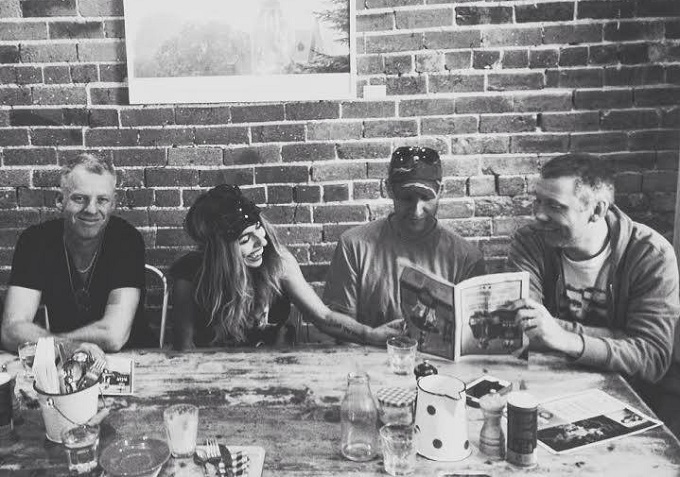 "Without doubt musically we’re a collection of styles and influences, my hope is these form our sound. We certainly don’t claim to be breaking ground musically like the Beatles but we do believe our desire to hear and incorporate what each member brings to the collective is what creates our sound. We enjoy travelling together in a car talking about random and ridiculous subjects as much as we do playing together."

What are the lines that connect the legacy of Blues from US to Down Under? What touched (emotionally) you from the local circuits?

Steve: This is a big one for us. Starting specifically with the blues from a cultural point of view you can’t have Australia as it was birthed and is today without the blues…they are completely interwoven even though most people I don’t think recognise it. The blues as we all know was a social cry by a repressed minority as a result of the slave trade, specifically in the USA. This trade made European counties very wealthy enabling them to explore new words…often directly on the backs of slave labour. Australia being one of these ‘new worlds’ was ‘found’ and settled by wealthy European colonialists to the unfortunate detriment of the indigenous inhabitants. So people were repressed enabling new words to be colonised which resulted in new people being repressed.

Steve: As I stated in the last point blues is the resultant voice of racial, political and socio-cultural repression. You only need to spend a small amount of time in certain parts of the community to see it as prominent now as ever. I think everyone gets this but I don’t think everyone is motivated by it…and please, I’m certainly not saying look at how good we are for talking about this subject I’m just saying perhaps the spirit of the blues is getting a little lost in the reproduction and preservation of an art form. To me when we pick up the mantle of influence the blues has set down before us we must consider it firstly from the social perspective before the art, in fact the art is a distant second that can obscure the spirit when taken out of context. I love and completely honour the ‘pure’ sound of blues, and I honour those people who genuinely desire to preserve that specific art form, but for me playing a cigar box guitar without understanding what caused a person to have to make one in the first place completely dishonour the art.

Steve: Good question, I could go both ways here forward or back. If it was back I’d go anywhere and any time and enjoy it because hindsight is a beautiful thing. Specifically relating to music I’d love to spend a day in abbey road studios listening to the Beatles track Sgt Peppers…of course I could add dozens of albums to that wish list. Going forward for a day I have no idea….maybe I’d love to see my great, great grand kids….bumping into them at the shops and having a conversation with them not knowing who I was would be a laugh….or maybe a cry?!?