"Blues people are basically very friendly and mostly enjoy celebrating to this music. The Blues is one of the greatest American art forms.  I’ve made a lot of friends in the Blues Community from the Blues Cruises, which I’ve done 15, to the Blues Foundation and it’s awards, which I’ve attended probably ten or so, to all the great festivals all over the world."

Tony Braunagel is an American drummer, record producer and composer, from Houston, Texas. He was the drummer in Paul Kossoff's band Back Street Crawler, renamed Crawler after Kossoff's death in 1976. Braunagel's first experience on the drums was playing his cousin's drumkit as a child, before being mentored by his neighbor Willie Ornelas. At the age of about 15 he bought his first drumkit and soon after became involved in the then-upcoming Houston R&B scene, honing his skills by playing in local joints and nightclubs. After drumming in several local bands, including Soul Brothers Incorporated, Braunagel teamed up with Andy Chapman (vocals), David Kealey (guitars), Michael Montgomery (keyboards), and Terry Wilson (bass) to form The Bloontz All Star Blues Band. In 1971, the band moved to New York under the auspices of producer Ron Johnsen, shortening their name to Bloontz and scoring a contract with the Evolution label. 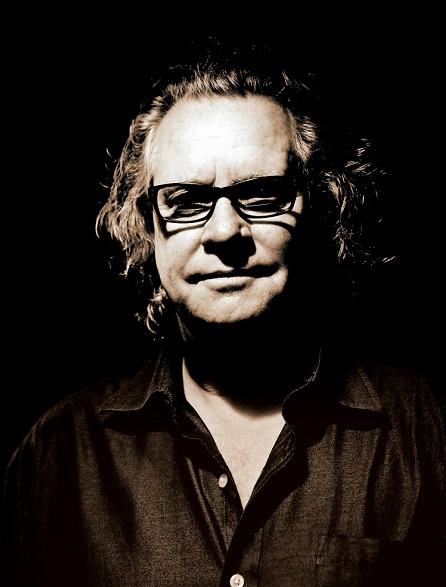 Bloontz recorded one album at Electric Lady Studios after which Braunagel and Wilson toured with Johnny Nash becoming part of his latest Sons of the Jungle line up. Braunagel's work with Nash brought him to London where, for a year, he was the house band drummer for Island Records as the Texas Rhythm Section along with Wilson on bass. While in London, he met ex-Free guitarist Paul Kossoff and, together with Wilson and Montgomery from his former band, they formed Back Street Crawler. The band also included Terry Wilson-Slesser on vocals and later John "Rabbit" Bundrick, who replaced Montgomery on keyboards following the release of the band's first album The Band Plays On. They recorded a further album 2nd Street prior to Kossoff's death in 1976 after which the band shortened its name to Crawler. This incarnation of the band recorded two more albums and embarked on several America tours, sometimes supporting stadium acts such as Kansas and Foreigner. In 1979 Braunagel relocated to Los Angeles where he found work touring and recording with artists such as Eric Burdon, Rickie Lee Jones and Bette Midler. In 1984 Tony took the drum chair in Bonnie Raitt's band, playing on the albums Nick of Time and Luck of the Draw and touring with her until the early 1990s. Throughout the 1990s Braunagel played on many sessions including drumming on two Grammy award winning albums by Taj Mahal – Señor Blues and Shoutin' in Key, the latter of which Braunagel produced. He also spent several years touring with Taj Mahal and The Phantom Blues Band. Braunagel has played on many film scores and television shows as well as numerous albums as a musician, composer and producer. As well as playing drums he also plays bass, sings, and is a Blues Music Award winner. In 2014, he was nominated for another Blues Music Award in the 'Best Instrumentalist – Drums' category. His studio projects include playing drums on Freight Train Love, the 2014 album from American singer-songwriter Hilary Scott. From 2001 to 2009, Braunagel had a recurring role as an actor and a drummer on the ABC sitcom, According to Jim, starring Jim Belushi, appearing in around 40 episodes. In 2015, Braunagel played the drums and produced Karen Lovely's album, Ten Miles of Bad Road. In 2017, Braunagel appears on MEG Records/Nashville artist Tom Maclear's Gods and Ghosts. He still resides in the Los Angeles area and is currently a member of the Robert Cray Band. 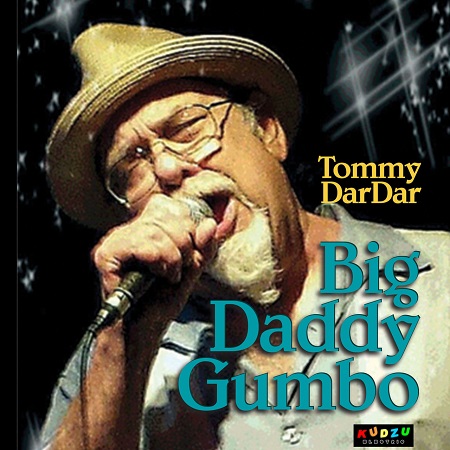 One of his latest work was an album of the late great Tommy Dardar titled "Big Daddy Gumbo" (2018). Tony Braunagel oversaw the completion of the nine previously recorded tracks initially done with the help of Monster Gentleman Jon Cleary and guitarist Johnny Lee Schell along with Hutch Huthcinson on bass and Braunegel on drums. Houston music legend Tommy Dardar, affectionately dubbed ‘Big Daddy Gumbo’ passed away in July of 2017. Over his storied career Dardar played alongside Lightnin’ Hopkins, Jimmy Reed, John Lee Hooker, Bo Diddley, Willie Dixon, The Neville Brothers and more. He was known for his deep, soulful voice, soaring blues harp and magnanimous personality.

Blues people are basically very friendly and mostly enjoy celebrating to this music. The Blues is one of the greatest American art forms.  I’ve made a lot of friends in the Blues Community from the Blues Cruises, which I’ve done 15, to the Blues Foundation and it’s awards, which I’ve attended probably ten or so, to all the great festivals all over the world.

I feel privileged to play this music because it is about root. The great American art form. All American music is derived from the Blues apart from the Gaelic and pure European influences, but even European music was affected by slavery from the 17th century.

How do you describe and what characterize your music philosophy as a record producer and as a drummer?

As a drummer I’m there to keep time, enable dynamics, change the mood, make everyone in the band sound good, to serve the composition and give the singer or the soloist the utmost support. As a producer, it’s similar in that I want to help and inspire the artist to realize their vision through their own compositions or interpreting others.

Touring with artists like Taj Mahal, Bonnie Raitt, Robert Cray, and having experiences with B.B. King, Otis Rush, John Lee Hooker, Jimmie Reed, Etta James. Witnessing and becoming friends with legendary drummers like, Earl Palmer, Zigaboo Modeliste, Jim Keltner. The best advice ever came from the late George Brown, bass player when I was 17, “Just stay in the pocket shorty”. He was 6’4” and I’m 5’8”. 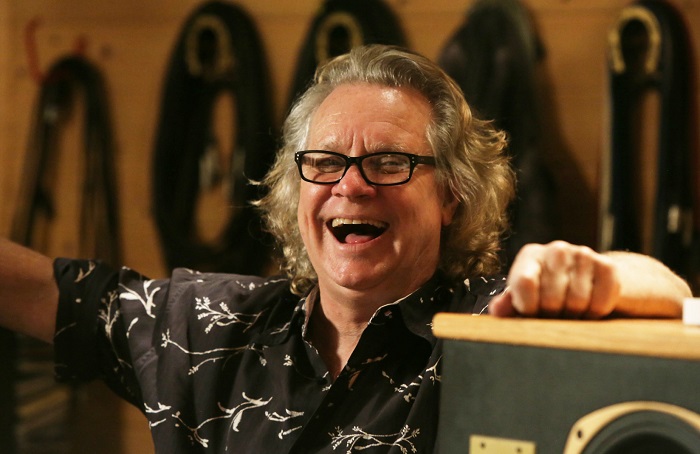 "Rock and roll was born out of the Blues. Generations of people sharing that music has brought people closer together whether they want to admit it or not. Just watch people dance."

What touched (emotionally) you from Tommy DarDar? Are there any memories which you’d like to share with us?

Tommy was just a great guy. He respected friendship and family and had those sort of values. He was charismatic with this image. Everyone loved Tommy’s music. He could really light up the stage.  It’s hard to really nail down a particular experience with Tommy as we had so much fun together musically. One in particular would probably be hanging with Jimmie Reed after a gig where we backed him up. Jimmie was sober by then and told great stories.

When the authenticity goes away because generations passed, you see and feel the need to restore the honesty of the original lore. The Blues historians have become more necessary today. Purveyors of the art form need to study its past and the people that brought it to this country. Like all styles over time the intensity fades. It’s hopeful that we have a youthful faction to keep the tradition.

The convenience of making what some people call music by pushing buttons. I’ve spent my whole life learning an instrument and someone with the technology can make a beat, utter a phrase, tune it up and never even play an instrument. The crime is that it has become more popular than the craft and magic of people actually playing together. Technology takes away integrity.

By studying where the Blues came from I find places all over the world where the influence of the people who started it as far back as slaves have made an impact on those societies. Early Slavery in Europe for instance had an impact on how European classical music was composed after they infiltrated society in those countries. 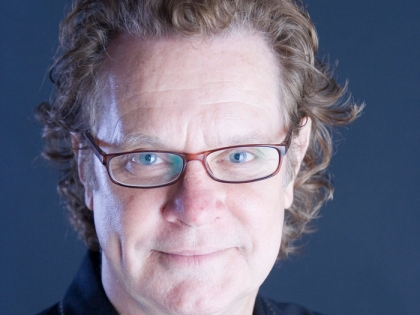 What is the impact of Blues and Rock music and culture to the racial and socio-cultural implications?

Rock and roll was born out of the Blues. Generations of people sharing that music has brought people closer together whether they want to admit it or not. Just watch people dance.

I could probably think of a lot of answers here but the one off the top of my head would be to drop right into the Delta of Mississippi when Muddy and all those other music pioneers where feeling their oats and cooking up that stew that they took to the cities. I’ve been in that Delta and I can feel a bit of it just by being there in the humidity and hearing the noise of the bugs.