"Music and poetry are one and the same except one is spoken and one is sung."

Chris Gantry (Christopher Cedzich) was born December 29th, 1942 in Queens, New York. He began his career as a singer/songwriter at age fourteen with a recording contract for Paramount Records. He moved to Nashville in 1963. Chris has written more than 1,000 songs some of them as collaborations with Nashville's best Kris Kristofferson, Mel Tillis, Shel Silverstein, and Eddie Rabbit. Over 100 of his songs were recorded by various artists including: Roy Clark, Johnny Cash, Sonny Curtis, Robert Goulet, Wayne Newton, Johnny Lee, Reba McEntire, Billy Walker, Garry Pucket, KD Lang, Yankee Grey, and Rhett Akins, including "Dreams of the Everyday Housewife", sung by Glen Campbell. "Dreams of the Everyday Housewife" won three M.M.I. awards plus the Millionaires Award for over two million performances. It also won the Nashville Songwriter Award in 1968. 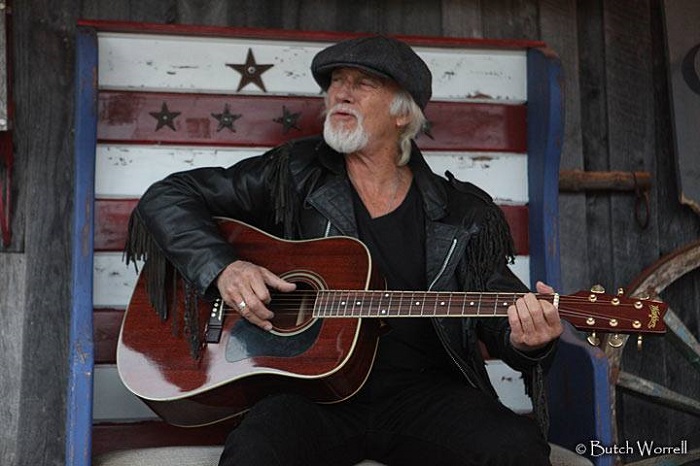 Chris recorded five albums for Monument and ABC Dot Records and has written for Sony Music, Warner Chapel Music, and Faverett Music Group. Chris won the Tennessee Williams Playwriting Contest with a collection of one act plays titled "Teeth and Nails". He also wrote a collection of published short stories entitled "Father Duck Tales". Chris continues writing music with some of today's brightest up and coming stars and living the life of a Gypsy Dreamer! He currently writes for Cool Vibe Publishing in Nashville, Tennessee.

How do you describe Chris Gantry sound and songbook? What characterize your music philosophy?

I am an American singer/songwriter...I deliver messages rather then sing songs...I am a servant of the MUSE or spirit…I am channeled by entities who use me as a vessel…mailman of the spirit.

Because American artists write about “THE TRUTH”, “THREE CHORDS AND THE TRUTH”! "I am an American singer/songwriter...I deliver messages rather then sing songs...I am a servant of the MUSE or spirit…I am channeled by entities who use me as a vessel…mailman of the spirit."

Music and poetry are one and the same except one is spoken and one is sung.

What do you learn about yourself from the outlaw music and poetry and what does “outlaw” mean to you?

“OUTLAW AIN’T ABOUT A FAST DRAW, AIN’T ABOUT A GUN FIGHT, IT’S ABOUT LIVIN RIGHT, TREATING SOMEBODY ELSE LIKE YOU WANT TO BE TREATED YOURSELF, WORKS LIKE A RIPPLE EFFECT, FREEDOMS SOMETHING THAT WE GOTTA PROTECT, ALL THAT BAD BOY BAD GIRL STUFF WE SPOUT, PUT IT IN A TRASH CAN THROW IT ALL OUT, WE WILL MEET ONE DAY ON THE RAINBOW BRIDGE, THATS WHAT OUTLAW IS” (From the Chris Gantry song “Outlaw”.) I started the outlaw movement in 1963.

I miss songs of substance, songs that tell the truth of the human condition...It will come back around…People are getting weary of mediocrity.

Are there any memories from Kris Kristofferson, Johnny Cash, and Shel Silverstein which you’d like to share with us? 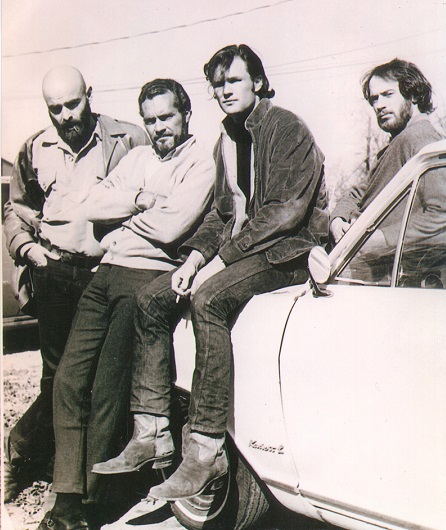 Only that when you hung with those guys, it was like hanging with Mount Rushmore...they we’re bigger then life, I took a piece of all three of them and embedded them in my spirit.

American artists write about “THE TRUTH”, “THREE CHORDS AND THE TRUTH”!

I would bring back the open door policy for all songwriters to be heard like it once was in Nashville, where all artists have a shutoff achieving their dreams.

What were the reasons that made your generation to be the center of social, artistic, and political searches?

We approached art as revolutionaries who used writing songs to change things in the world, we had big ideas and lofty aspirations, we we’re also right in the middle of the revolution of the early sixties, we we’re imbued with that spirit.

What has made you laugh and what touched (emotionally) you? What is the best advice ever given you?

The songs of Shel Silverstein made me laugh, he was master of it... the songs of Kristofferson touched me emotionally, and Johnny Cash told me to be true to myself and never lie.

What are the lines that connect the legacy of Blues with Folk and continue to Country and beyond?

“How many roads must a man walk down before they call him a man”. 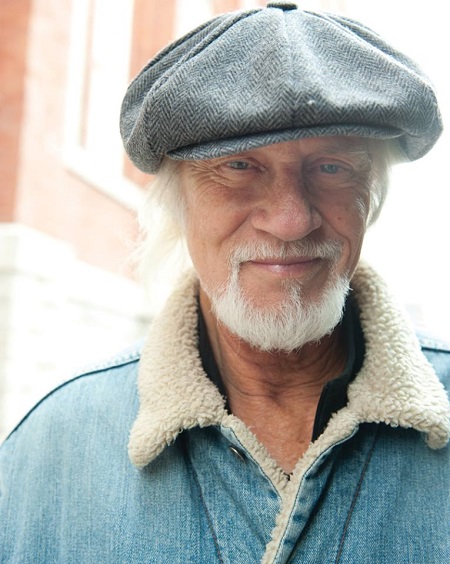 For one day back to the early sixties in Nashville when no one co-wrote songs, when everyone was different, nobody sounded alike, everybody had their own style, when the songwriters dictated the course of the music industry and the changes that we’re made, when we we’re free and accepted for who we we’re and what we did.