"Its great being a woman in blues!!! As long as you do what you do well... you will get the respect you deserve. I love playing with boys!!!"

British band of Bad Influence, originally formed in 1986, by Val Cowell (lead vocals & rhythm guitar), and Richard Hayes (lead & slide Guitar), the band has seen many line ups in the years since. Whilst Val (aka Valerie Lee Hayes) and Richard have been the consistent driving force, the rhythm section has seen some changes. Ever since the beginning the band has toured constantly, playing in a wide variety of venues, including the now legendary Marquee Club (both Wardour St and Charing Cross Rd) on a great many occasions. The band records their first CD, “Bad Influence”, released in 1997. Bad Influence releases their first Live LP “Here There and Everywhere” Once again the sales are phenomenal, helped along by the Radio 2 airplay. “Closer” was the new CD for 2005. Featuring 11 brand new songs, all written by the band, and produced by Chris Childs, it’s the strongest most cohesive recording to date, and shows the band is going from strength to strength. 2009...sees the release of the bands' 6th CD "CAROUSEL" with the new song writing collaboration. This title includes 11 original songs and 2 covers taken from Dixie Chicks/Keb Mo and Lucinda Williams. Bad Influence is described as a “Rock and Blues” band and that is where they sit quite comfortably. However, this band has many musical influences and it shows in just about every song on the new CD. Val is often described as “Bonnie Raitt gone raunchy” or “powerful like Janis Joplin”. The live show is exciting and packed full of both original songs and killer cover versions, with songs from artists as diverse as Tom Petty, Dixie Chicks and even Rory Gallagher. All are delivered in their own distinctive style, retaining the gutsy R & B flavour (in the old sense of the phrase) the band holds so dear. Bad Influence have survived the perils of the live circuit for a number of reasons, but the most striking reason is quite simply because they’re very, very good at what they do.

I’ve learned that I can sing the blues in all the styles I like to sing in…Bluesy, souly, rocky and country. The blues is versatile.

How do you describe BAD INFLUENCE sound and songbook? What characterize band’s philosophy?

Bad Influence is a rock n blues band but you can hear all the influences mentioned above. When we write an album, it is always a mix of styles and we write what we write.

Our Marquee gigs in the 90s were memorable. We headlined 17 times and people were lining up outside to see us. We were riding high!!!  It had such a pedigree as a venue in London and EVERYONE played there coming up... Then we were invited to play on BBC Radio 2 shows for Paul Jones…that was great. Our supports to Status Quo on their 2012 Christmas tour was memorable. We would walk out to 4,500 people, lots of them with arms folded (A woman at the front???) and we went down a storm each time. We even got standing ovations!!! 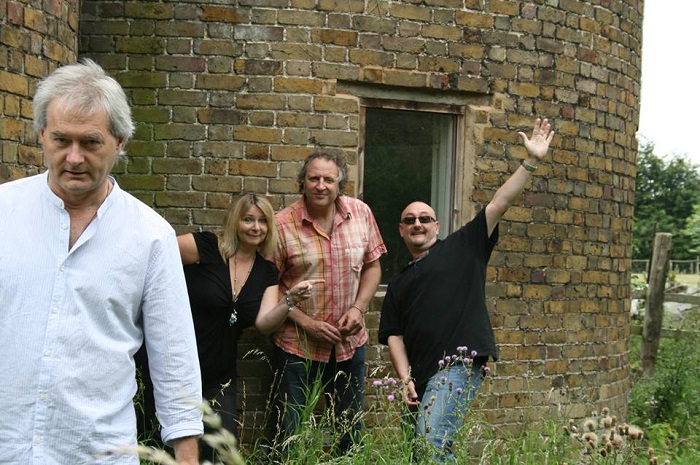 "I’ve learned that I can sing the blues in all the styles I like to sing in…Bluesy, souly, rocky and country. The blues is versatile."

I don’t miss anything. The blues has evolved and is available to everyone in so many styles from Johnny Winter to Stevie Ray Vaughn…Rory Gallagher to the great Bonnie Raitt. A few of my favorites…I could go on but you have to go out and play live to earn your place in the blues scene.

For music festivals to stop asking bands to play for nothing…for “cd sales and the exposure”. “Because it’s a nice festival”. We are the ones supplying the whole essence of the festival and we want to be paid for our talent!!

What are the lines that connect the legacy of British Blues Boom of the 60s with BAD INFLUENCE?

Apart from the fact that our bass player Pete Stroud played with Peter Green of Fleetwood Mac for 7 years, just the natural progression. I was a child in the 60s and didn’t start gigging until the late seventies!!!

What were the reasons that made the UK in 60s to be the center of Blues and Skiffle searches and experiments?

Well there were some lovely people who used to bring blues artists over from America in the 60s like Mike Raven…once artists like the Stones for example heard it , they made it into their own style and never looked back…like so many others!!! 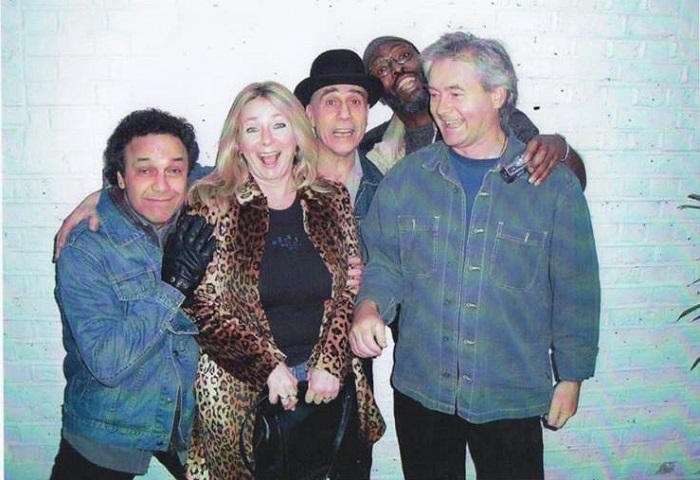 "I don’t miss anything. The blues has evolved and is available to everyone in so many styles from Johnny Winter to Stevie Ray Vaughn…Rory Gallagher to the great Bonnie Raitt. A few of my favorites…" (Val with the band and Papa George)

Emotionally I am touched at the loyalty of our fans and the Promoters who put on live music, provide great venues and pay money!!! What makes me laugh is the many people who go to all the open mike jams and call themselves “Bluesman” on FB. Do me a favour!!!

Its great being a woman in blues!!! As long as you do what you do well... you will get the respect you deserve. I love playing with boys!!!

Woodstock man!!! Because it was the start of a great time in music…I wish I’d been about 10 years older really to hang out in Laurel Canyon California with Joni and Crosby Stills Nash etc too… and make my mark!!! 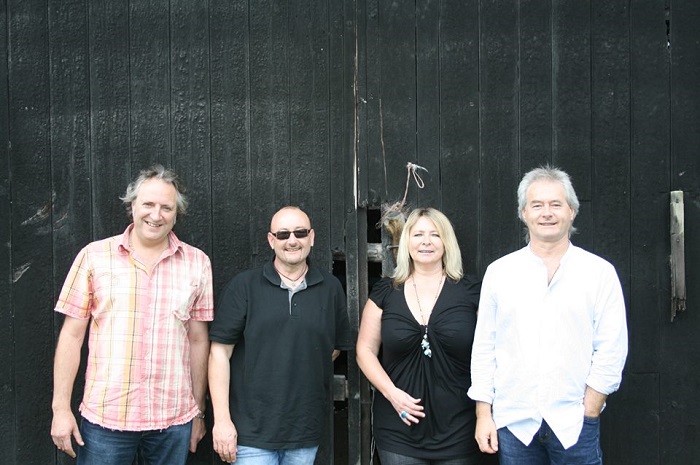