"I think that music has lost a big part of its value for the younger generation, they still love music, and it has still an important role in their lives, but everything is so easily accessible via internet."

German-born Søren Jordan is a known and versatile guitar player, working as live-and studio musician. He worked for acts like Paul Young, Louisiana Red, Angela Brown, the Voices Allstars feat. Alannah Myles, Bobby Kimball, and many more. Søren Jordan learned guitar at the age of 10, for the sole purpose of being able to play guitar at campfires with the scouts. He became so good and was inspired by different musicians such as Jimi Hendrix, Stevie Ray Vaughan, Eddie Van Halen, Paul Vincent and Black Cat Bones which finally lead him to visit a Guitar Music Institute, which he graduated summa cum laude. Since then (1993) he is working as studio musician and plays guitar for different bands, as well as live supporting famous singers.           (Photo: Søren Jordan) 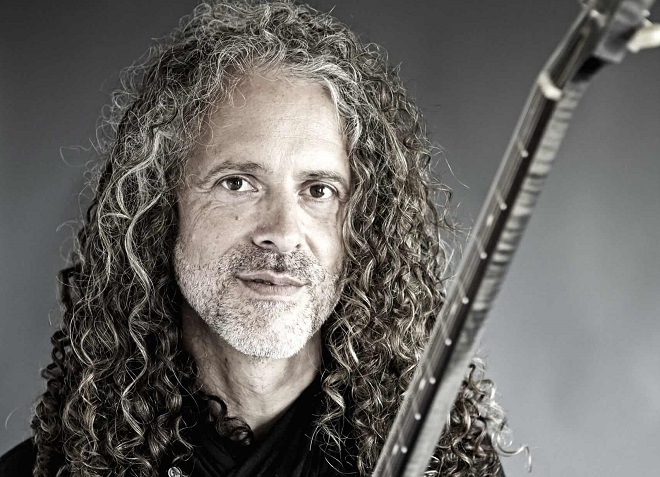 When I was a kid, I decided, that I never wanted to be a guy working at an office wearing a tie and really growing up. I didn’t like the mainstream 80s music with all those plastic sounds, I listened to Woodstock, Hendrix, Cream, Ten Years After, while my schoolmates were into Duran Duran and Boy George,... The rebellious style of the musicians of the late 60s and early 70s combined with that hippie-thing really inspired me. Well, seems like I managed to stay true to my plans, still doing freak-business after all those years,…

I think it’s all about personality, energy and style. Music is not sports, a musician shouldn’t be driven by trying to impress. It doesn’t matter if you’re Kurt Cobain or Steve Lukather, if you play from the heart and for the right reasons, you’ll create good music.

My source of inspiration very often comes from things I experienced in live. Whenever I go through some kind of crisis, tough times, l I seem to be more creative. These are the times when I come up with my best ideas. Music can be a healer in these times, my best songwriting is, when I tried to reflect in my music what I went through.

Of course listening to other musicians, seeing shows of other bands, can be an inspiration, too. Also a new sound, a new instrument, a great groove can inspire me. Some of the songs on my 3 Solo albums were inspired by the sound of a new guitar („Minder“ of the album "Cats and Bones" by my Les Paul Goldtop, „Fuzztration“ of the album „Marks“ by a new Fuzz-pedal,…)                    (Photo: Søren Jordan) 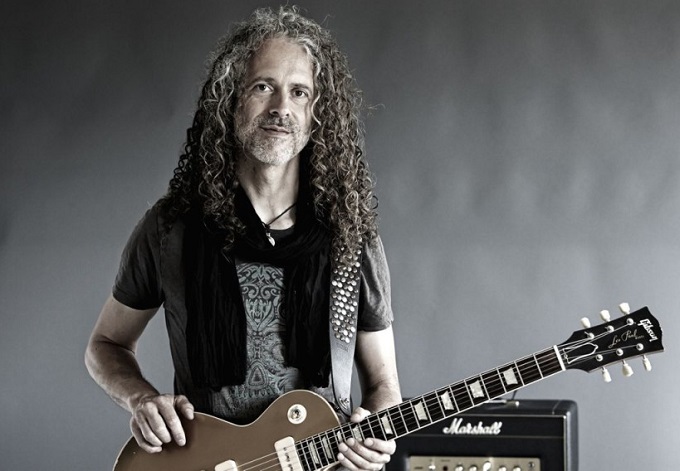 "I’m a musician, I want to take the listener on a journey, make them share the feelings I had, when writing the music. I’m not a politician or a priest, although I have strong opinions about politics and society. Most of the songs I wrote were instrumentals, so it’s really hard to make a statement."

I’ve played in the band of Paul Young for a few years, he’s a great guy and he really knows a lot about music. I think he really liked my style, he was always very supportive, gave me lots of room for soloing during our shows and even meantioned me in some of his interviews. That gave me some confidence, I mean, he has worked with David Gilmour and Jeff Beck, some of my greatest heroes, so that was an amazing compliment for me.

I also played a few shows with Alannah Myles. During one show, she said to the audience after a guitar solo I did: „I love every note he’s playing“.

So, working with these famous singers that obviously enjoyed what I did, gave me confidence in how I play. Usually I’m not so self assured, I tend to have lots of doubts and I often feel insecure, so whenever these doubts start to take over, I can think about these moments.

The best advice I got before a show, came from an old friend of mine. His name is Umbo, he’s a great bass player and he was in the band that played for Paul Young and Alannah Myles, too.

With this band we had a very important show backing a lot of famous singers (Paul Young, Alannah Myles, Kathrina Leskanich (of the Waves), Tony Headley (Spandau Ballet),…) and I was quite nervous, although Paul and Alannah had said very nice things about my playing during the rehearsals. Nevertheless, I still felt lots of pressure and doubted my capabilities. He (Umbo, the bass player) told me to stop worrying, and to stop thinking.

His words were: „I want you to go out there tonight, switch your fucking head off and kick all their asses with your playing“ He couldn’t believe, that I was doubting myself after all the nice things that these great singers said about my playing. Well, he was really mad at me, he woke me up, I did exactly what he told me, and it was my night! I’m still thankful for these words! 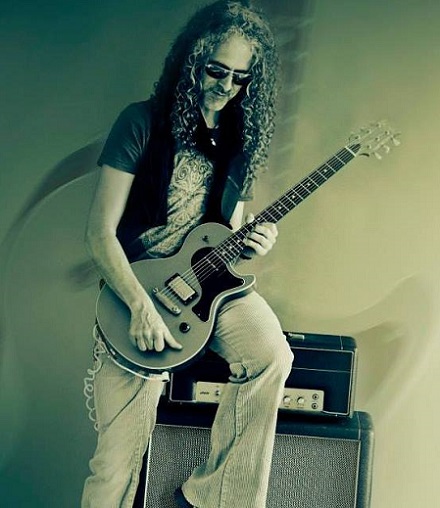 I think I could fill a book with crazy, beautiful and strange stories I experienced during my career as musician. A beautiful memory was sitting backstage with Bernie Marsden and Micky Moody (former guitar players of Whitesnake) and having a little jam, before a show we had in Stuttgart in 1995. I was a big fan of them, when I was a teenager, had pictures of them above my desk, so it was like a dream coming true.

I think that music has lost a big part of its value for the younger generation, they still love music, and it has still an important role in their lives, but everything is so easily accessible via internet. So, you can just consume, without the beautiful process of searching for music in a record store, finding that album or that band that gives you goosebumps, saving your money to finally buy that album,… nobody of that generation really wants to spend money for music, because they can get it for free. Well, we can’t turn back times, things always change, but I hope that this generation will continue to go to live-shows and appreciate musicians interacting on stage, because that is, what it’s all about, interaction, communication in this universal language music.

Be friendly to the crew and the sound-guy. Be grateful for the audience that are willing to listen to your stuff. Don’t play for free! Feel is more important than perfection. Always serve the song. Don’t waste other people’s time. Stay humble.

I’m a musician, I want to take the listener on a journey, make them share the feelings I had, when writing the music. I’m not a politician or a priest, although I have strong opinions about politics and society. Most of the songs I wrote were instrumentals, so it’s really hard to make a statement.

I’d love to be in London 1967, the time of the British blues invasion with players like Jeff Beck, Eric Clapton, Jimmy Page and of course Jimi Hendrix, who started his solo career there, music was very experimental and wild.

January 24th, 1967, would probably be a good day, Hendrix's first show at the Marquee London, Eric Clapton, Pete Townsend, Steve Winwood were in the audience and he blew them all away,… 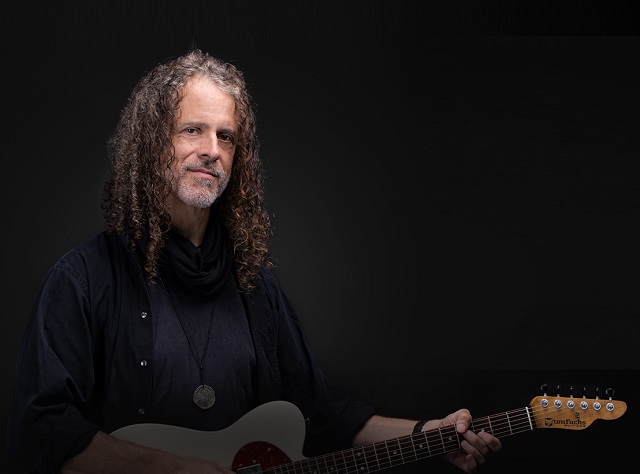