"The audience dynamic is predominantly white and many white artists have picked up the mantel and are doing great things with these blues."

Donald Ray Johnson (also known as Don Johnson) is a Grammy Award-winning rhythm and blues vocalist and drummer and has spent a lifetime dedicated to music. Donald has toured with Blues and R&B artists Lowell Fulson, Bobby Womack, Pee Wee Crayton, Percy Mayfield, Big Joe Turner, Smokey Wilson, Philip Walker, Big Mama Thornton, Teddy Pendegrass, The Isley Brothers and occasionally does shows with the Maurice John Vaughn Band. After some 40 years, this Texas born bluesman is still going strong. Now residing in Calgary, Alberta, Don has become a well-liked and well respected member of the Canadian Blues community. Growing up across from the Allen Military Academy in Bryan, Texas, Donald would rush home from school to listen to the marching band's practices, especially the drum cadences. Meanwhile, during the summer, he worked in the cotton fields of the Brazos Bottom's plantation to earn money for school clothes. 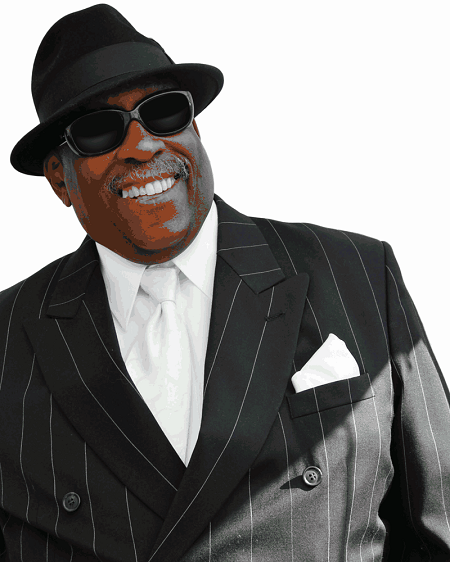 In 1961, Donald was introduced to high school band director Waymond Webster, who taught him to play traps on the drumset. By age 14, Donald Ray began his professional career with blues piano legend Nat Dove. Throughout his teens, Donald played with the two local bluesmen: organist Joe Daniels and guitarist Lavernis Thurman. They even played a live radio show every Saturday night. On January 18, 1966, Donald Ray entered the US Navy. After two tours in Vietnam, he was honorably discharged and relocated to San Diego. While working in the house band at the Downtown Hustlers Club, Donald met quite a few LA-based artists, including Lowell Fulsom, Bobby Womack, and Pee Wee Crayton. Early in 1970, Don was called by long-time friend Nat Dove to play weekends in LA with Phillip Walker. Some 29 years later, the relationship with the Phillip Walker Band still exists. By 1971, Donald had moved to LA to work with the Joe Houston band, backing some of the West Coast's top blues artists. While trying to find a weekend gig, Don met songwriter/producer Perry Kibble, who was in the process of developing a group that featured the talents of two young women (bassist Janice Marie Johnson and guitarist Carlita Durhan). The group later became known as A Taste of Honey. His brand new album released by Donald Ray Johnson & Gas Blues Band titled “Bluesin' Around” (2016).

How has the Blues influenced your views of the world? What do you learned about yourself from the blues journey?

The blues has been my life for the past 50 years. I've learned to apply my blues education to many different situations and circumstances… Such as love, romance, finances and day to day living. I find it very hard to apply my blues status to all that comes. War, poverty, crime and man's inhumanity to man brings on a bad case of the blues for me. On the other hand, good times brings on a case of the party blues.

How do you describe Donald Johnson sound and songbook? What characterize your music philosophy?

My sound and songs are unique to me. I don't think I sound like anyone else. I am a contemporary artist who uses different forms of the blues, soul, and r & b to create my sound.

I know that meeting pianist Nat Dove was extremely important to my career. Along with the late Phillip Walker with whom I toured for 20+ years. I got a chance to work with some of the great blues artist while playing with the Joe Houston Big Band including Big Joe Turner and Big Mama Thornton. On Aug. 17th 2008 while performing at the Salmon Arms Roots and Blues Festival, I got to spend time with 94 year old Honey Boy Edwards. His comment after seeing my show was "Keep doing what you are doing". That meant an awful lot to me. 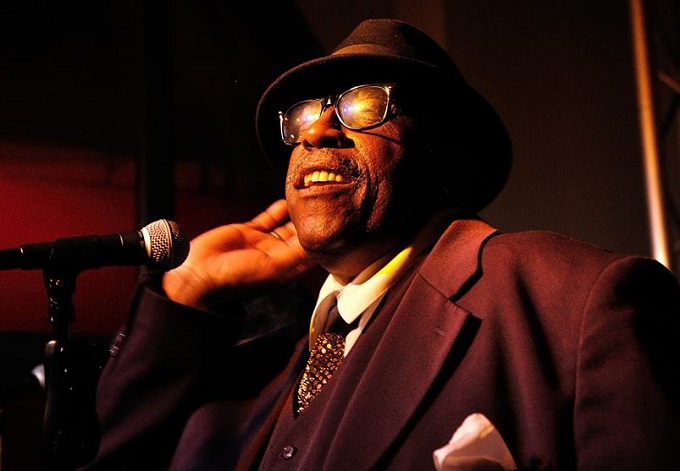 "The blues has been my life for the past 50 years. I've learned to apply my blues education to many different situations and circumstances… Such as love, romance, finances and day to day living."

Are there any memories from Big Mama Thornton and Pee Wee Crayton which you’d like to share with us?

I am very, very grateful for the times that I spent with Pee Wee Crayton as he ran a small jam session on Saturdays at a small bar a few blocks from my home. He was always encouraging and a real pleasure to play with and listen to. At that time I was just starting to play locally in Los Angeles and he was very helpful. I had quite a few Old Grand Dad (bourbon) nights while playing at Dupree's after hours club in L.A. with Bid Mama Thornton.

I miss those times and the people who were there then; however, I still love hearing the music. I learned a long time ago that fear is not my friend so I do not entertain that thought however I am hopeful that generations behind me will continue to keep this music alive.

My wish would be more work and success for those who are invested in this business. 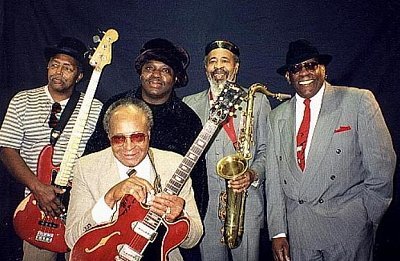 Memories include being in the dressing room at the Music Machine on Pico Blvd. and listening to Phillip and Lowell talk about old times and jam together prior to going on stage.

I have been asked what the blues means to me many times before and to date the closest explanation that I have can be found on my new CD Bluesin' Around by Donald Ray Johnson and the Gas Blues Band in a Joe Louis Walker song called Bluesifying.

What are the lines that connect the legacy of Blues with Soul and continue to Funk and R&B music?

One word, “Spirituality”. All the genes mentioned are deeply rooted in Gospel.

The audience dynamic is predominantly white and many white artists have picked up the mantel and are doing great things with these blues. 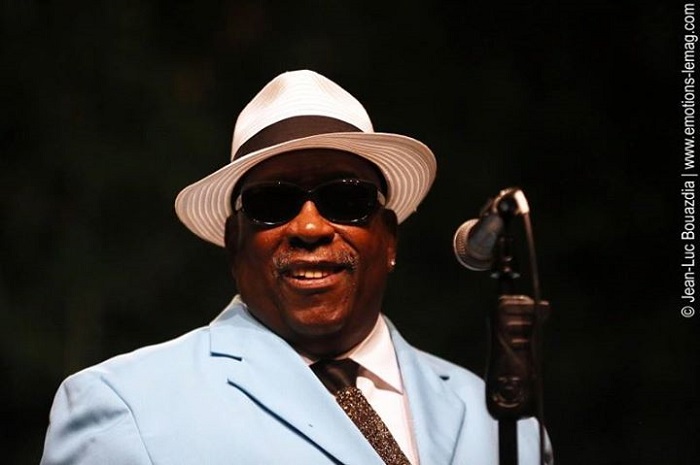