"I am glad to say that the blues and soul scene has always supported women of many sizes, shapes and ages. The pop world still wants women to look like supermodels and do video clips like adult movie stars."

The incredibly soulful Sri-Lanka born vocalist Andrea Marr and her killer band have been delivering high energy feelgood soul/blues around Australia - they have played headline spots at major blues festivals Australia wide and are one of the hardest working, most sought after blues bands in the thriving Melbourne Blues Scene. Winner of many awards and accolades, this band is a must see for blues lovers. Andrea's album "Little Sister Got Soul" was re-released in the US by Chicago based blues label Blue Skunk Music and hit #18 on the US Living Blues Charts in Feb 2011. The Age newspaper says "Andrea Marr's voice is so soulful, sassy and sensuous her control of her idiom so assured that one wants to accost strangers to tell them go to her releases and find out why this band is one of the best female fronted blues and soul acts in Australia. 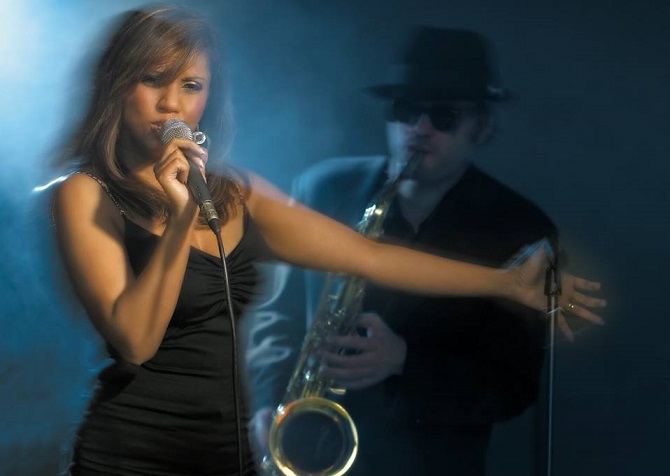 In 2012, The Andrea Marr Band won the MBAS Blues Performer of The Year competition and was sent to represent Australia in the International Blues Challenge in Memphis Tennessee’ for the second time. The band reached the semi-finals, playing at the internationally renowned BB King’s Blues Club on Beale Street Memphis. The EP “Sass & Brass” was released in 2013 by Chicago based record label Blue Skunk Music and received international airplay and critical acclaim. In 2014, Andrea teamed up with producers Damien Reilly and Danny Saber to work on New York-based writer Michael Jameson’s song “Summer Love”. Going back to the blues, Andrea Marr Band then released a live album called “Live at the MBAS House Of Blues” in July 2015. Andrea’s first full length soul new album “Natural” (2017), is a joyous celebration of the music she has always loved – harking back to the glorious sounds of Stax and Motown-era soul, delivered with her own distinctive voice and style. Andrea’s 7th release, is an album that gives you the best of her expressive vocals and passionate, heartfelt songwriting, with nine originals appearing on the album.

What were the reasons that you started the Blues Soul researches? How do you describe your songbook and sound?

As a child growing up in Sri Lanka my dad was a bass player in a band and we had their band rehearsals at our house so I was always surrounded by music - mum sang at church on Sundays and we sang as a family every weekend to entertain ourselves and the neighbours. My first musical loves were Elvis, Ray Charles, Ella Fitzgerald, Sarah Vaughan and Dinah Washington. Only hearing Aretha at about the age of 10 and Etta at the age of 25, I seemed to interpret music in a soulful, belting manner without consciously studying a style. In my 20's I started to understand how much I loved blues soul and gospel and began to listen to Stax, Motown, Atlantic Alligator and Chess artists with great interest to find the instrumentation I was looking for. The greatest moment that defined me was singing with the BB King Allstars with Preston Shannon on Beale Street in 2005. That was when I truly understood my sound. My sound is soul/blues - a sound I have heard for years from Etta James, Freddie King, BB King and so many of the great blues legends. "My first musical loves were Elvis, Ray Charles, Ella Fitzgerald, Sarah Vaughan and Dinah Washington. Only hearing Aretha at about the age of 10 and Etta at the age of 25, I seemed to interpret music in a soulful, belting manner without consciously studying a style."

I never knew I was a blues singer. I was singing professionally in a cover band with my dad from the age of 19 and then when I was 26 I walked into a blues jam and my husband put my name on the board to sing. I only knew Summertime. So I sang it and the guy running the jam said 'you can't leave until you tell me your name and promise you'll come bank next week and sing 3 songs with us' I told him I didn't know 3 blues songs, he ran out to his car, got a cassette of Koko Taylor and Etta James and I came back the next week and sang '29 Ways' and 'Baby What You Want Me To Do' two weeks later I was asked to join a blues band.

I worry about the fact that music is downloaded for free and that artists are not paid to perform in many venues - neither are they auditioned for these free gigs, so you get a bunch of terrible acts playing everywhere for free and good acts stay home because it is no longer a profession. I worry a lot for the future of live music if this doesn't change. The security guard is paid, the barman is paid but the band is not. Also as soon as we release an album free sites offer full free downloads robbing us of income. These issues must be addressed worldwide.

That music could not be pirated and acts can still make a living selling music and touring.

What do you learn about yourself as a female artist in the music industry? What is the status of woman in music?

I am glad to say that the blues and soul scene has always supported women of many sizes, shapes and ages. The pop world still wants women to look like supermodels and do video clips like adult movie stars. Very difficult to explain to young singers that talent and sexiness are not the same thing! It's always been the case but these days you have access to every act on YouTube so it's a very visual era to live in. 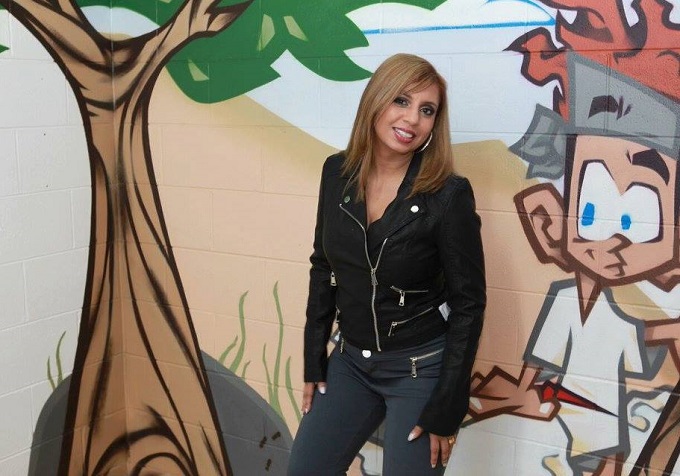 "I worry about the fact that music is downloaded for free and that artists are not paid to perform in many venues - neither are they auditioned for these free gigs, so you get a bunch of terrible acts playing everywhere for free and good acts stay home because it is no longer a profession. I worry a lot for the future of live music if this doesn't change."

What touched (emotionally) you from the Aussie Soul & Blues scene? What characterize the local sound and scene?

The Aussie blues scene is filled with encouraging artists who support one another and are not afraid to share information. We have a great community here in Melbourne and I am so blessed to be a part of it. The Melbourne Blues Appreciation Society is easily one of the best in the world when it comes to developing and supporting the artists.

I have always been a person of faith and try my best to create joyful high energy music in blues and soul that make people forget their problems and find joy in the moment. I love the real lyrics of blues and soul that talk about the mundane things and make songs from everyday life into stories and anthems. That's my goal in music - to allow people to sing about their life and celebrate or commiserate through it!

What is the Impact of Blues Soul music and culture to the racial, political and socio-cultural implications?

In Australia we have a very multicultural society - yes racial issues pop up, but it's not a part of our daily thoughts, for which I am truly grateful. Blues, Soul and funk is considered a tiny niche market and doesn't have much impact at all on most of the up and coming Artists I teach (I am a singing teacher and run a music school) it's a genre they don't understand much about until I explain the roots of where artists like Adele or Bruno Mars or Ed Sheeran are coming from, then they get a bit more interested!

I would want to sit in a rehearsal with Elvis Presley in the 70's listening to him work out the band and arrangements for 'Bridge Over Troubled Water' and 'American Trilogy' incorporating those incredible backing vocals, horn arrangements and band arrangements. Now that would be an education! 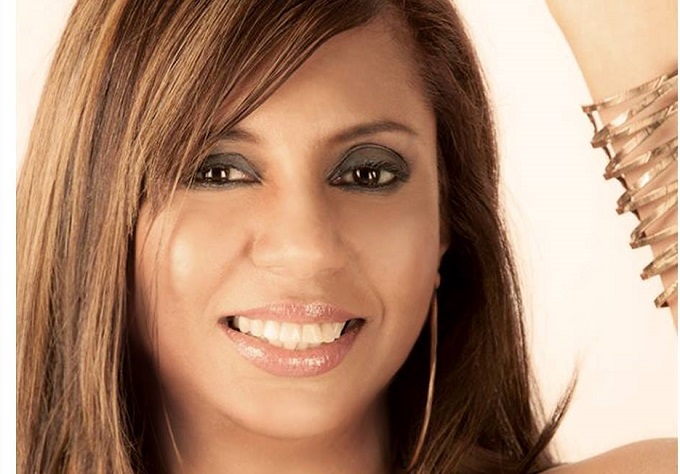