"Mark Twain was at the font of the American vernacular style the blues and jazz gave Impetus to, and we can put Walt Whitman, Stephen Crane, Jack London, a few others there, too. Then read the fiction of Dasheill Hammett, Enest Hemingway, Henry Miller, Jack Kerouac, Ishmael Reed, Chester Himes – "hear" the rhythms and snap of their language, the sounds of people meeting in the streets and taverns of modern cities – that's jazz and blues."

Critic and author Howard Mandel covers jazz, blues and other popular American music’s as well as world music. He is president of the Jazz Journalists Association. Howard says: “I'm a Chicago-born (and after 32 years in NYC, recently repatriated) writer, editor, author, arts reporter for National Public Radio, consultant and nascent videographer -- a veteran freelance journalist working on newspapers, magazines and websites, appearing on tv and radio, teaching at New York University and elsewhere, consulting on media, publishing and jazz-related issues. I'm president of the Jazz Journalists Association, a non-profit membership organization devoted to using all media to disseminate news and views about all kinds of jazz. My books are Future Jazz (Oxford U Press, 1999) and Miles Ornette Cecil - Jazz Beyond Jazz (Routledge, 2008). I was general editor of the Illustrated Encyclopedia of Jazz and Blues (Flame Tree 2005/Billboard Books 2006). Of course, I'm working on something new...” 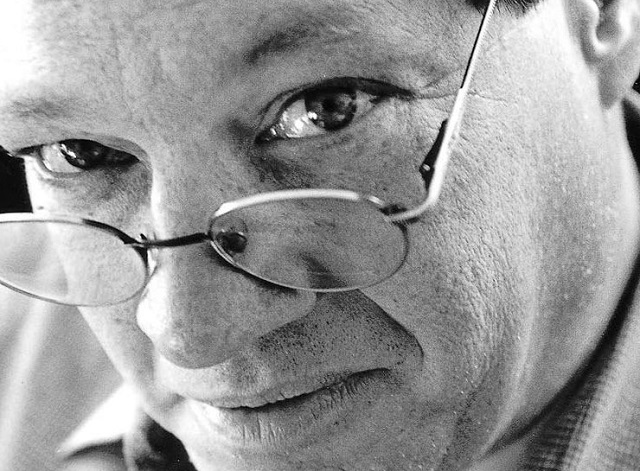 In Miles Ornette Cecil: Jazz Beyond Jazz, award-winning journalist Howard Mandel shares his personal discoveries of, and probing conversations with, three artists whose works continue to upset and confound but also engage and enrich audiences worldwide. His accounts of growing up during the music's breakout eras, his later professional encounters with its creators and his original critical analysis highlight 50 years of controversy surrounding shockingly unconventional yet clearly substantial music. Mandel guides resistant listeners and knowledgeable devotees alike to reassess avant-garde jazz and, in the process, probes dynamics of stasis and change. Howard Mandel write at blog: artsjournal.com/jazzbeyondjazz.

What do you learn about yourself from the Blues & Jazz people and what does JAZZ mean to you?

Jazz is music to me – sound that makes me move, helps me think and provides some guidance/comfort/assistance on how to live. Narrowly, it's a tradition; more broadly, it is a way of organizing and understanding personal interactions. It operates metaphorically but also literally, sometimes simply, exclusively as sensual information, entertainment. From jazz people, I've learned that creativity at a professional level is an ongoing process, and that appreciation of an artistic or entertaining expression is an equal part in its existence as its generation.

What were the reasons that you started the Jazz/Blues researches and experiments?

I was a teenage boy in the city of Chicago, following music that excited me wherever it led. At that time, I listened to a lot of different kinds of music, including rock 'n' roll, Broadway musicals, Hollywood soundtracks, television jingles, Western European classical music, Ravi Shankar, some Afro-Caribbean and Brazilian music, electronic music, and indigenous music from Africa, Bali and Japan, "field recordings" issued on the Nonesuch Explorer series. I thought blues was at the basis of most rock and pop, and learned that what first sounded to me all the same actually involved an enormous constellation of musicians, communities, styles and historical realities. To me, jazz was the most interesting, open-ended, immediate and meaningful – enduring art! -- development that came out of blues mixing with all other kinds of music, available for individuals to make very strong, personally indelible marks. I kept listening to what I liked, and what was around me: hard bebop jazz, piano blues, the Art Ensemble of Chicago and other AACM musicians (Anthony Braxton, Henry Threadgill, Muhal Richard Abrams, Kalaparusha), Afro-Cuban dance bands featuring Celia Cruz, led by Larry Harlow, Eddie Palmieri and Johnny Pacheco, and also Sun Ra, the Jefferson Airplane, Lovin' Spoonful, Butterfield Blues Band, Janis Joplin, of course the Beatles, Stones, Hendrix, Motown, Aretha Franklin, Otis Redding, Earth Wind and Fire, James Brown, and also Terry Riley, Morton Subotnick, Stravinsky, Cage, Steve Reich. My curiosity and decision to make a living as a writer spurred my explorations, and the newest developments in what I thought was the most adventurous music interested me. 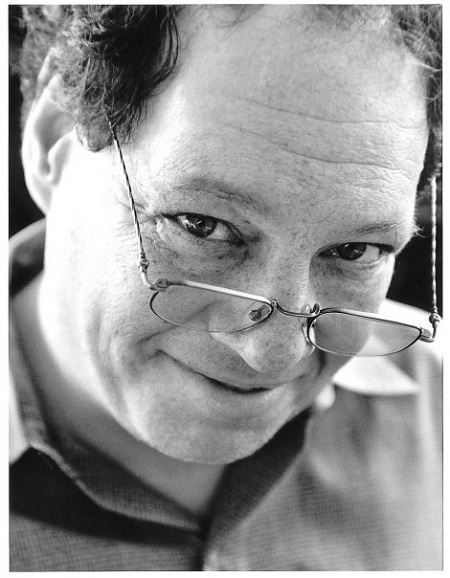 The Jazz Journalists Association is a professional organization for writers, photographers, broadcasters, videographers, bloggers and new media content creators disseminating news and views of jazz. We are not a union, but rather a network, connecting colleagues with mostly online activities while encouraging local meetups of members to talk about common issues. We also work to recognize the diversity of jazz, the geographic decentralization of it, the realities of the business of media as well as of jazz recordings and presentations – we offer each other consultations, news about our work, training sessions and updates on technical matters involving us. We try to stand up for professional standards of publication and advise other segments of jazz-related industries on media issues and practices.

How has the Blues and Jazz culture influenced your views of the world and the journeys you’ve taken?

Jazz has helped me learn to be adaptable and has heightened my sensitivity for responsiveness. It's encouraged me to savor life in all its dimensions, and swing with it, try to make it work for me, dance lightly and gracefgully, with power when advisable. It's taught me about changeups I can use in my writing. Blues has taught me a lot about forbearance in the face of adversity – how people have survived and responded to their most sorrowful as well as joyous experiences, many of the former much worse than anything I've ever yet encountered. On the other hand, the blues way of celebrating joy is more direct and intense than any other of my culture.

Which acquaintances have been the most important experiences for you? Are there any memories which you’d like to share with us?

I've written about a lot of my most important experiences with jazz artists in my books Future Jazz and Miles Ornette Cecil – Jazz Beyond Jazz.  I've gotten an enormous amount of satisfaction and energy from getting to know Ornette Coleman, especially, but also from my conversation with Miles and the several times I've talked to Cecil Taylor. I'm glad to have been or still be on close personal terms with Butch Morris, Don Pullen, Andrew Hill, Myra Melford, Jim Baker, Andrew Cyrille, Vladimir Tarasov, Harris Eisenstadt, and comfortable with David Murray, Karl Berger, Dee Alexander, among many others across generations. I like getting to know musicians, jazz musicians especially. Savvy, urban travelers, with working minds, not afraid to make serious statements and also just play. My people!

I don't miss much from the past – we have so much music and now, thankfully, video of what's happened. I guess I miss the greater interest in the music by a general public that existed before my time – the '30s through the '50s, though I got caught up as a kid in the tail end of that. Still, the music is everywhere I go, so I'm not missing it. I dislike that it's so underfinanced now, and fear that market forces such as advertising and promotion have turned audiences towards visual and social attributes to popularize certain musicians and styles almost to the point of monopolizing the commercial space for listening. I have a lot of faith, though, in the highly flexible and adaptive structures embedded in "jazz" and improvisation coming from it. I think "jazz" as we know it comprises true and useful values, and natural ways of doing things, which will always be present whatever they're called. 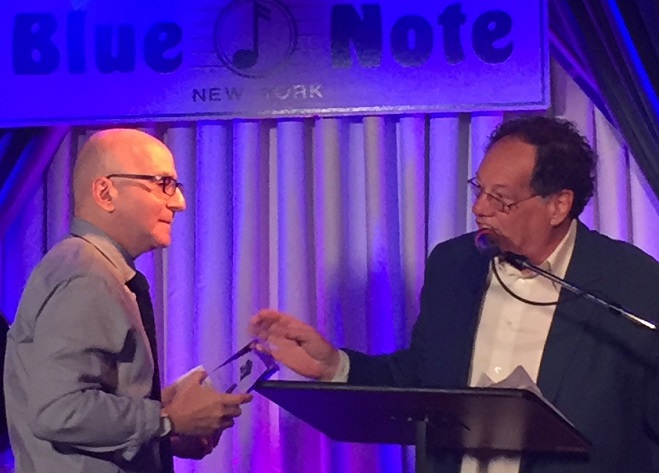 "Jazz has helped me learn to be adaptable and has heightened my sensitivity for responsiveness. It's encouraged me to savor life in all its dimensions, and swing with it, try to make it work for me, dance lightly and gracefgully, with power when advisable. It's taught me about changeups I can use in my writing." (Jazz journalist Ted Panken & Howard Mandel / Photo by Bonnie Johnson)

I with people were more aware of using their sense of hearing to decode the world about them, which would lead to a greater understanding of what it is music is trying to express, in every dimension.

What are the lines that connect the legacy of American music from the Blues and Jazz to Swing, Folk and beyond?

These are lines of individuals' talents attracting and influencing each other and their audiences. Those individuals may represent long lineages of musical forbearers or traditions, or just their own radical innovations, but as soon as we hear the music in public in America, we've taken it up – the ring shouts and work songs of Africans brought as slaves or free laborers, the story songs and melodies popular among of people from the British isles and Spain but indeed all immigrants, and also their religious chants – all that churning through the mechanisms of American manufacturing and dissemination of culture as a commodity. Those lines also interconnect the major changes in media from the 20st into the 21st Century – from radio, talking movie, tv to the Internet. And beyond.

What is the impact of Blues and Jazz on literature and on the racial, political and socio-cultural implications?

Blues and jazz are heard in the inflections of American (especially but not only) writers. Read the language of everybody publishing since the "jazz age" (so labeled by F. Scott Fitzgerald) and compare it to pre-blues/jazz writing in America or elsewhere. Mark Twain was at the font of the American vernacular style the blues and jazz gave Impetus to, and we can put Walt Whitman, Stephen Crane, Jack London, a few others there, too. Then read the fiction of Dasheill Hammett, Ernest Hemingway, Henry Miller, Jack Kerouac, Ishmael Reed, Chester Himes – "hear" the rhythms and snap of their language, the sounds of people meeting in the streets and taverns of modern cities – that's jazz and blues. Those music's reflect what's going on in spheres of race-relations, politics and social developments – they are a little ahead of the curve, so can be used predictively; they also convey messages and sometimes enable, encourage, solidify change. It is hard to quantify the affects of jazz and blues, but they seem to me undeniable. 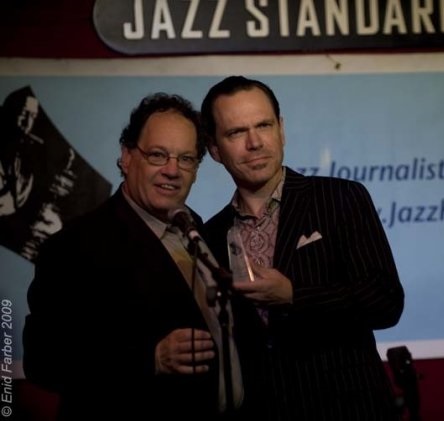 I'd like to be in Room 305 of the Savoy Hotel, Chicagon on Feburary 15th, 1943, to overhear Charlie Parker and Dizzy Gillespie hash out the basics of what became bebop for their first recording. Or return to Soldier Field, Chicago on August 15, 1965, to hear John Coltrane with Archie Shepp, McCoy Tyner, Jimmy Garrison and Elvin Jones, and the rest of that day's lineup at the DownBeat Jazz Festival, which included Gerry Mulligan's ensemble, Woody Herman's band and the Thelonious Monk Quartet. I was there!