Q&A with singer/harmonica master Kim Wilson, has gone back to the basics and old school Chicago blues

"The Blues culture that I know has made me a much more positive person. When I first got into this music and met these great masters, they exceeded any expectation I had of humanity. If I can be half the person that they were, everything will be all right."

Legendary singer/harmonica master Kim Wilson has gone back to the basics and old school Chicago blues for his exciting new album, "Blues and Boogie, Vol. 1", was produced by Kim Wilson, coming October 20 from Severn Records. “I want to tell all of the real blues fans out there what a labor of love this project has been,” Wilson writes in the liner notes. “I’ve been recording many, many tracks for a couple of years now and time has just flown by! A couple of the greatest musicians that ever lived, Richard Innes and Barrelhouse Chuck, have passed away during the process of making this CD. One of their dreams was to see this stuff come out. “So here it is, the first of many to come. This kind of music is very easy and pleasurable for me to perform. I like to surround myself with musicians who like to ‘fly by the seat of their pants.’ People like Richard and Barrel, Billy Flynn, Big Jon Atkinson, Marty Dodson, Nathan James, Larry Taylor, Malachi Johnson and all of the other fantastic blues musicians who are on this CD. I desired to record songs that I have always wanted to do. However, I have to put my own twist on everything.”    Photo by Sam Holden The track list includes several Kim Wilson originals that fit like a hand-in-glove along with the deep blues songbook he delved into for the new disc, including tunes by Little Walter, Sonny Boy Williamson, Elmore James, John Lee Hooker, Jimmy Rogers, Magic Sam and Jimmy Reed. A founding member of the legendary Fabulous Thunderbirds and a multiple Blues Music Award winner as a solo artist, Wilson salutes many of his Chicago blues roots influences – in particular his harmonica mentors such as Little Walter, Sonny Boy Williamson and especially James Cotton – on Blues and Boogie, Vol. 1. It’s music that is both timely and timeless.  “I’m dedicating this CD to my big brother, James Cotton,” Wilson says. “He has always been a great inspiration and a dear friend. When I was a kid, having a great time with all of the masters of this music, I never dreamt I would be living in a world without them. Every time I open my mouth to sing or pick up my instrument to play I am doing it for them! There are hundreds of tracks in the can and still recording, and I really believe that this period of time is the beginning of my legacy. I could never have done it without my family of masters who invented this music and the musicians who are on this CD. I hope you enjoy listening to it as much as I enjoyed making it!”

What do you learn about yourself from the Blues people and culture? What does the "Blues & Boogie" mean to you?

My greatest mentors outside of my family have been the people I learned this music from first hand. Their generosity and their willingness to take me under their wings has meant everything to me as a musician, but more importantly as a human being. This new project, for me, is the beginning of setting the record straight. I don't believe I need to say anything else except that it was a great joy working with all of these wonderful musicians, all of whom share the same musical values as I do.

What were the reasons that you started the Blues researches and harmonica experiments? How do you describe your songbook and sound?

I got into this music because I loved it. Every time I pick up my instrument it's an experiment because it is totally improvised. I would like to think that my sound is rich and my own. In some cases my influences are quite apparent. What I want is a large musical vocabulary. It has to be extensive and also as comfortable as breathing. My song book is all about putting a new twist on the clichés a tradition although on this particular project I had the desire to put my own twist on the songs of the masters with a couple of exceptions.

I played with just about everyone who invented this music. Muddy Waters, James Cotton and Jimmy Rogers, were probably my biggest personal influences. The best advice that anybody gave me probably came from Lowell Fulson, when I was a very young kid. Probably 19 years old. I don't really care to share that information because it's a fond memory before YouTube or Facebook. Those days are very special to me and they are not something I share with very many people. There is something about the beauty of those times, that make you glad you were there. It's a different world we live in now. I take part, somewhat, in social media, but unless I want to watch Big Bill Broonzy playing the guitar on a front porch somewhere, or my big brother James Cotton, do somersaults on the bandstand, I really don't have much use for it. Too much politics and too many bogus opinions. 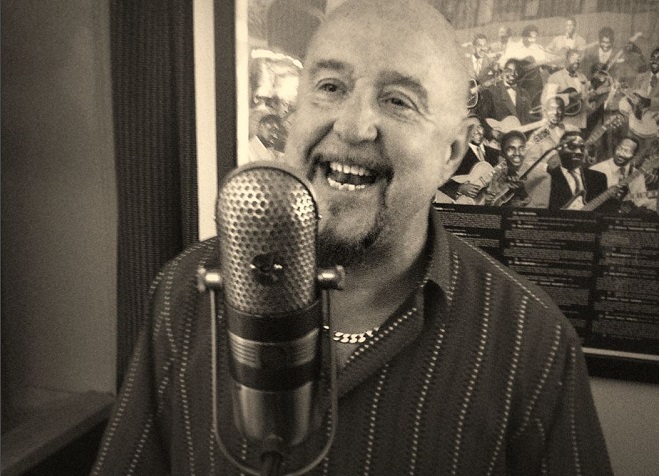 "My greatest mentors outside of my family have been the people I learned this music from first hand. Their generosity and their willingness to take me under their wings has meant everything to me as a musician, but more importantly as a human being."

What are the lines that connect the legacy of old days with the new generation of Blues & Boogie?

Everything is connected to the beginnings of the music in one way or another. It's just a matter of how much it's bastardized. Nuff said.

What you may not realize, is that the beginnings of this music are timeless.  So really, it's also the future for those who decide to become true journeyman musicians, playing traditional music. When you do it your own way, it's automatically modern. If you want to go to another dimension, study science.

What has made you laugh from "Gets Back to Basics" sessions? What touched (emotionally) you from the old school sound?

The Blues culture that I know has made me a much more positive person. When I first got into this music and met these great masters, they exceeded any expectation I had of humanity. If I can be half the person that they were, everything will be all right.

I think you're overthinking this… This music is just to bring emotion out of people.

I want to go to Silvio's in Chicago in the ‘50s and watch one of those incredible packages they had there. I want to eat a pork chop sandwich on Maxwell Street. 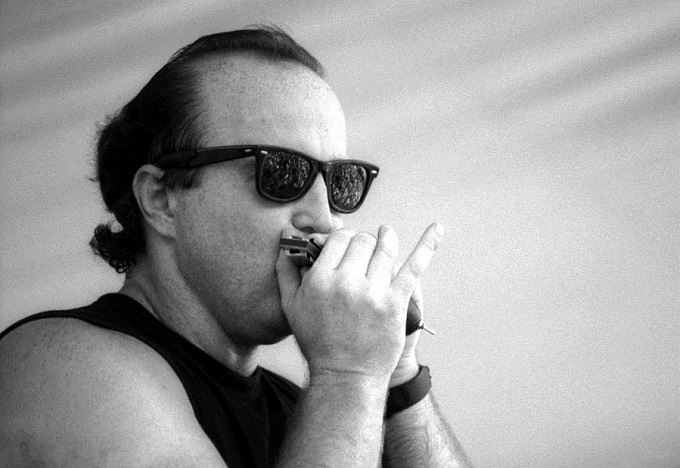