"The music business is becoming a nightmare for everyone, but for the new generation will be tougher and tougher if A&Rs don’t take the risk to bet on new things. People are hungry for new music!"

Davide Pannozzo has been described by critics as one of the most interesting artists of contemporary Blues guitar. His style is very much his own with splashes of Jeff Beck, David Gilmour, Eric Clapton and Jimi Hendrix. Having studied Classical Guitar since the age of six, Davide went on to graduate from the Conservatory of Santa Cecilia in Rome. During his career he has performed at a number of clubs and festivals in Italy (Pistoia Blues, Ameno Blues, Blues in Town, Accadia Blues) and abroad (The Bitter End, Bass Player Los Angeles, IBC Memphis TN, Ronnie Scott’s, Fete de la Musique Paris, International Jazz Fest in Bucharest, Taubertal Festival in Frankfurt) and has played alongside artists such as George Benson, Steve Jordan, Will Lee, David Garfield, Clifford Carter, Phil Palmer and Mark Mondesir to name just a few. Davide won the Emergenza European Acoustic Festival as Acoustic Solo Guitarist in 2009, followed by the Groove Master Award for Best Italian Blues guitarist in 2010, and most recently the Highland Uproarcompetition where he received hundreds of votes from listeners of the station in Scotland. His album Born Electric was released by EmArcy/Universal Music featuring very special guests: Robben Ford, Carl Verheyen, and David Garfield. His Jimi Hendrix tribute, “A Portrait of Jimi Hendrix” features off the floor recordings – with no overdubs –  it gets #1 on iTunes top100 Blues Album in Italy and iTunes top100 New Blues Release in the USA. 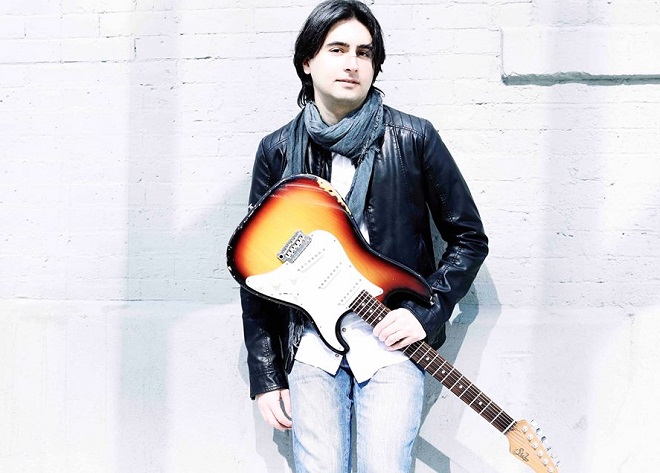 His new album, “Unconditional Love” (released on Oct 19th, 2017) has been produced by Steve Jordan & Will Lee, with the participation of Ricky Peterson, Oli Rockberger, Shawn Pelton. Unconditional Love talks about our times. It’s a modern blues album that overflows with strong storytelling, all underpinned by Davide’s belief that each person is valuable and can play a role in making the world a better place. Steve Jordan and Will Lee, who produced this amazing album, helped him forge a powerful, elegant sound that highlights Davide’s sophisticated guitar playing, powerful singing, and intricately nuanced songwriting, making the album unique in its genre. The incredible Unconditional Love features the stellar musicianship of Shawn Pelton, Ricky Peterson, and Oli Rockberger, and includes eight original songs plus inspired covers of George Harrison‘s Wah Wah and Billy Cobham‘s Stratus.

What do you learn about yourself from the blues & jazz people and culture and what does the blues mean to you?

I’ve been loving the Blues since I was very little thanks to my parents and their passion for the genre. I discovered the Jazz later when I was 15 and it totally changed my way of seeing the music and I began to realize I wanted not to have boundaries and explore those two types of music with a mindset as open as possible! The Blues is a feeling. It’s something you really need to express that connects the most authentic part of yourself with the rest of the world.

How do you describe Davide Pannozzo sound and songbook? What characterize your music philosophy?

I define myself a Modern Blues artist. I always try to pay attention to the Blues tradition without being intimidated to explore other possibilities and territories. I believe today the Blues has to come back to speak to people through a modern songwriting who talks about everyone’s life. We need to consider the Blues as a contemporary genre who can speak to young people as well. That’s what I tried to do with my new album “Unconditional Love”, an album for everyone not only for guitarists! The songs are actual songs and not vehicle for guitar stuff. 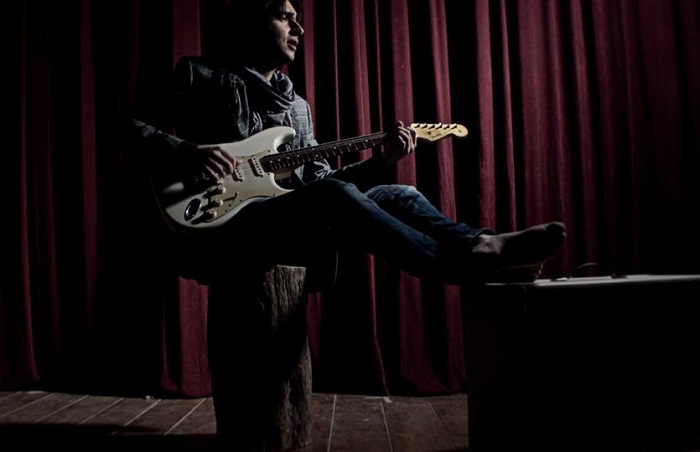 "I’ve been loving the Blues since I was very little thanks to my parents and their passion for the genre. I discovered the Jazz later when I was 15 and it totally changed my way of seeing the music and I began to realize I wanted not to have boundaries and explore those two type of music with a mindset as open as possible!"

I’ve always been a huge fun of Rock n’ Roll era. Especially the sixties, they were unbelievable years and they influenced me a lot, both on writing and playing! Since I was little my heroes have been Eric Clapton, Jimi Hendrix. I grew up on their records and eventually they influenced my way of seeing the Music. Even in the Jazz, I’m a huge fan of Miles Davis, John Coltrane, Herbie Hancock. I always loved their open mindset and what they created mixing the genres in such a brilliant way!

Well, the first time I was in the studio with Steve Jordan & Will Lee here in NYC was absolutely a blast!! I didn’t sleep the night before at all, it was like a dream come true! They taught me a lot but the most important thing was to be authentic not to be perfect!! I always pass this to my students and I always try to be in that way, in music, and in life!

The first remarkable memory I have is one of my first important gig, when I was 14. I opened a show for Magic Slim, one of the greatest Bluesmen from Chicago. I did my opening gig with my band and after that, he started his incredibly powerful show! In the middle of it, he looked at the backstage and told one of his guys to call me and ask to join the band for the rest of the show! Can you imagine that? A 14 years old kid, playing with those giants! It was a blast! That night I decided I would have played the Blues for the rest of my life!!

The thing I miss the most is the actuality in the songwriting. In my humble opinion, in order to keep the Blues alive we should start to speak to younger generation, and talk about nowadays. The Blues it’s not only troubles and pain. It has to be much more than that and has to bring with itself a higher message to speak to everyone and about everyone’s life. That’s what Robert Johnson or BB King did. 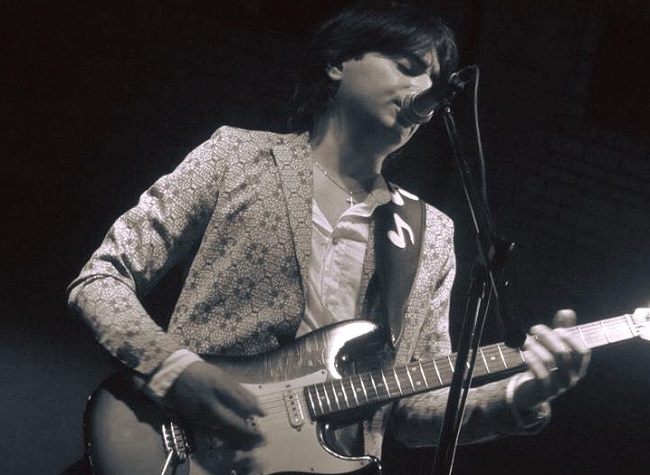 "I’ve always been a huge fun of Rock n’ Roll era. Especially the sixties, they were unbelievable years and they influenced me a lot, both on writing and playing! Since I was little my heroes have been Eric Clapton, Jimi Hendrix. I grew up on their records and eventually they influenced my way of seeing the Music."

I would love to see more music labels committed to supporting new artists for real. The music business is becoming a nightmare for everyone, but for the new generation will be tougher and tougher if A&Rs don’t take the risk to bet on new things. People are hungry for new music!

The most interesting period was during the 80s I think. I was just born but I used to play with many musicians who told me they worked a lot back in the days. A lot of great venues, festivals, great bands and many artists from the US moved in Italy. One for all, Herbie Goins, who passed away a couple of years ago. He was a beautiful soul and voice from Florida. He did a lot for the Blues in Italy. We used to play together, he was the greatest one!

I literally grew up on Jimi Hendrix and Eric Clapton's music. I think those were the guys who influenced me the most in my early days. I love their songwriting first of all!! How many beautiful songs did they write? The guitar is just a part of their world! As far as it concerns George Harrison, I discovered his music when I was living in London and he was a great influence on my songwriting too. When Steve Jordan proposed me to cut "Wah Wah" I was very happy! What a great song!! I've been playing Billy Cobham's Stratus live since forever and one day I was at Will Lee's place and we were just jamming around and suddenly came out the song. He was surprised that I knew it and we decided to play it on the record! It was fun!! 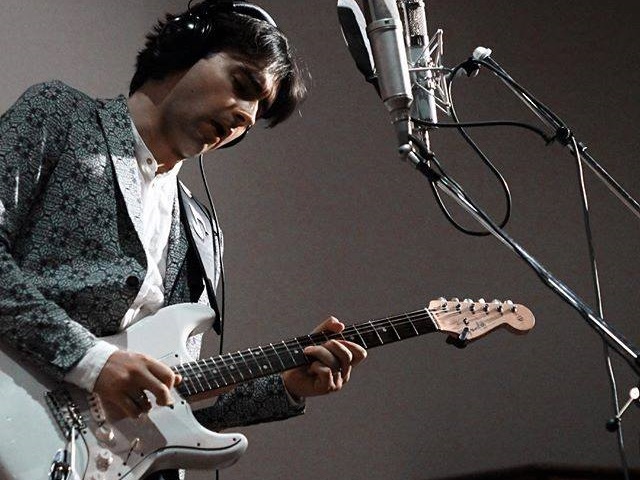