"Everything (pretty much) is done in computers and music sounds like that."

Kenny Aaronson was born, bread and buttered in Brooklyn, New York. He started playing drums at the age of eleven, following in his older brother's footsteps. Kenny switched to electric bass at the age 14 after becoming enamored by the low end of the bass on Motown records that he would hear on the jukeboxes in local pizza joints. To this day, he is still a huge James Jamerson fanatic. As a teenager, he played bass for Brooklyn based hard rock band Dust, which included Marc Bell (a.k.a. Marky Ramone), which released two albums in 1971 and '72 on the Kama Sutra label. In 1973, Aaronson joined the New York band Stories, who's single, "Brother Louie", reached #1 on the Billboard, Cashbox and Record World charts. 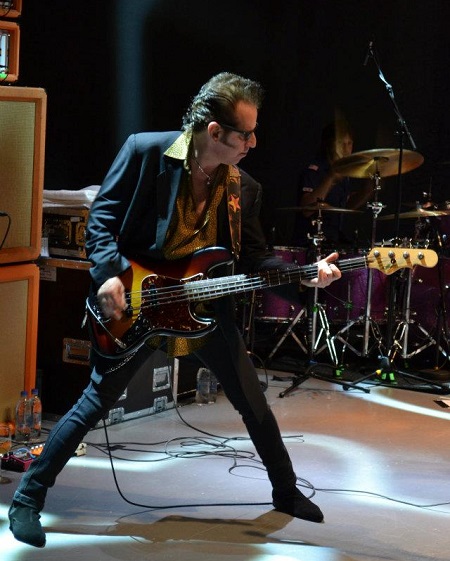 Kenny Aaronson went on to become a recognized world-class rock and roll bassist with his extensive touring and recording with a variety of artists including Bob Dylan, Billy Idol, Joan Jett, Foghat, HSAS (Sammy Hagar, Neil Schon, Kenny Aaronson, Michael Shrieve), Brian Setzer, Mick Taylor, Dave Edmunds, Robert Gordon, Graham Parker, Hall and Oates, Edgar Winter, Leslie West, Rick Derringer and many more. In 1988 Kenny was named Bassist of the year by Rolling Stone Magazine. Aaronson was also bassist in the house band for the MTV Guitar Greats Show where he had the opportunity to back up artists as diverse as Steve Cropper, Brian Setzer, Lita Ford, Tony Iommi and Dave Gilmore. A few of Kenny's most memorable moments in his career were auditioning for the Rolling Stones, recording with George Harrison and opening for Led Zeppelin. In the summer of 2011 he toured with the New York Dolls. In the fall, they toured the U.K. supporting Alice Cooper. Kenny has recently supported Corky Laing, Robert Gordon and Philadelphia's "In The Pocket". Kenny is available for studio work, as well as producing. Kenny’s most recent project includes New Jersey's first Supergroup, The Satisfactors, a Rock n’ Roll band that released their first debut album last October (2014) by Bongo Boy Records. Kenny will be joining to new line-up of The Yardbirds at the 2015 Spring Tour with founding member and drummer Jim McCarty, and band’s first guitarist, Top Topham.

What do you learn about yourself from the Rock n' Roll? What are the connections of Blues with Punk and R’n’R?

I have learned that I have the ability to put up with massive amounts of bullshit and disappointment and still continue on, when you are actually really feeling like packing it all in.

How do you describe Kenny Aaronson sound and what characterize your music philosophy?

The "Kenny Aaronson" sound. Well, I don’t think there is a "Kenny Aaronson" sound but, but I am an amalgam of my early influences which is American Pop and Soul music, early English invasion and Country. My playing approach I would describe as containing attitude and aggressiveness...and my philosophy has always been..."Rock Like Fuck" connections of Blues, Punk and Rock n Roll...to me it's just music, just different approaches based on what one is going through in one’s life perhaps. I suppose some white kid screaming and railing against the system could be as relevant as the black man singing about his situation...it's all an expression of heartbreak, anger or joy I guess... 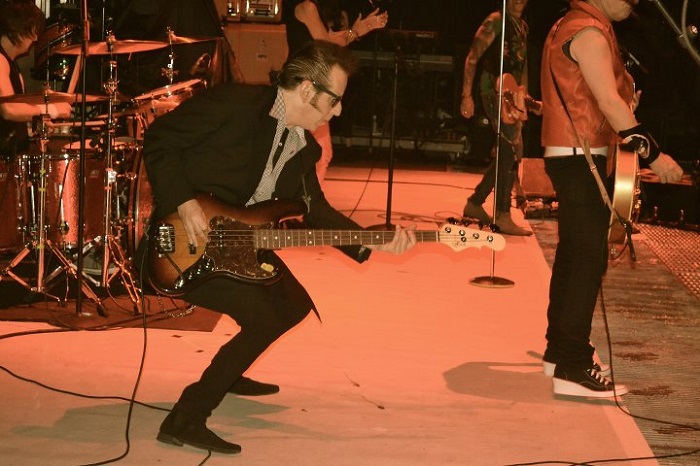 "For someone like me, I would want to witness the recording of say, an album like Frank Sinatra's "Songs For Swinging Lovers" or a Lesley Gore record or a Phil Spector or a Beach Boys recording session...that would be like dying and going to heaven..."

Why did you think that the Rock n' Roll culture and music continues to generate such a devoted following?

Who wouldn't be attracted to the idea of sex, drugs and the possibility of making lots of money??? LOL oh...and maybe to affect some positive change in the world...

Well for me, for someone my age, the defining moment would be 'The Beatles" on the Ed Sullivan show.

A high and low point in my career would be getting the opportunity to work with Bob Dylan and then losing that job because of getting cancer. Bob promised me my job back when I was well and then didn't keep his word which was very hurtful to me at the time.

As far as the best advice goes, well whatever it was, from whomever gave it, I am sure I didn't listen to them! LOL!

Are there any memories from the house band for the MTV Guitar Greats Show which you’d like to share with us? 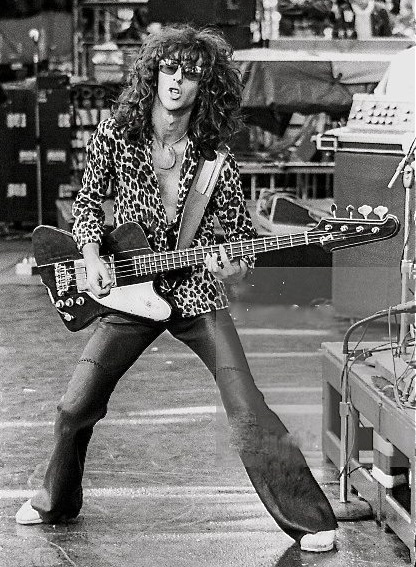 Everything (pretty much) is done in computers and music sounds like that. So little seems to be left organic, as it happened, so to speak...there is too much of trying to make everything perfect, there is beauty in imperfection, people spend too much time alone in a room with a computer, the greatest music of any and all times was made by humans interacting with each other.

"I have learned that I have the ability to put up with massive amounts of bullshit and disappointment and still continue on, when you are actually really feeling like packing it all in."

For someone like me, I would want to witness the recording of say, an album like Frank Sinatra's "Songs For Swinging Lovers" or a Lesley Gore record or a Phil Spector or a Beach Boys recording session...that would be like dying and going to heaven...