"The Blues is as expressive as any music ever created. The profound struggles and challenges of human existence, being in our fragile bodies, is a universal experience. The feeling of blues music is innate, transcends history, and is understood by everyone."

Greg Anton is a drummer, composer and co-founding member, with guitarist Steve Kimock, of the band Zero. Greg is also a writer, and practicing attorney. Greg’s first novel, “Face the Music”, was published on December, 2014 by Plus One Press. The book is set in San Francisco, 1975: a story about ‘Woody'; an artistically brilliant, socially inept street musician. Hopelessly disorganized, armed only with his guitar and unique sense of humor, Woody tries to persevere against the inequities of the music business. Passion, desperation and intense idealism propel him head-on into the challenges of surviving as an uncompromising artist. Face The Music is a story of love, self-discovery, and the spiritual power of music.               Photo © by Anne Cutler 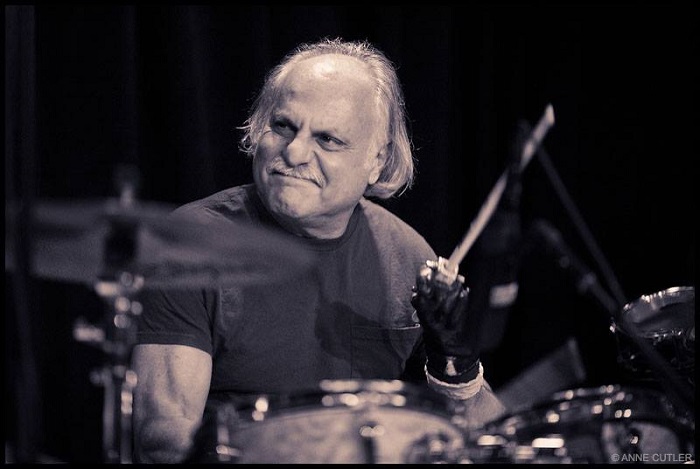 Of note: The novel “Face the Music” is a fictional story about a love song called ‘Stephanie’. In 2014 Greg composed a song by the same name with Grateful Dead lyricist Robert Hunter and recorded it with Steve Kimock, Melvin Seals, Tim Hockenberry and Robin Sylvester. Greg has performed on numerous recordings and at thousands off concerts worldwide. He’s published more than 50 original songs, many of which were co-written with Grateful Dead lyricist Robert Hunter. Greg has also composed music for film, TV and theater. Among others, Greg has performed or recorded with John Cipollina, John Lee Hooker, Stanley Jordan, Otis Taylor, Nicky Hopkins and members of the Grateful Dead.

What do you learn about yourself from the spiritual power of music?

Motion is perhaps the most fundamental truth of universal existence. It’s something that everyone agrees on…our breath, heartbeats, tides, wind, orbiting electrons, planets, galaxies. Music is pure motion. Music expresses truth. In those precious moments that I occasionally experience, playing music, I feel like a flag flapping in the wind, channeling the physical, sensuous effects of sound moving synchronistically. 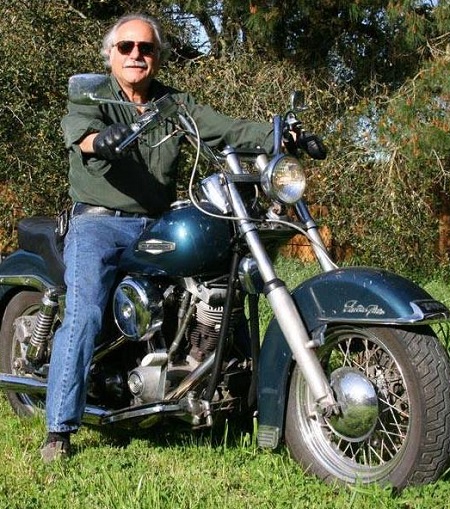 Music is an expression of a world perspective… both the creator’s and the listener’s. For example; choppy, vertical, (sometimes enjoyable and relatable) European chamber music, came from a rigid, entitled environment: men in hard wooden chairs/women in tight corsets sipping tea with their little fingers pointing out. Today, urban musicians grow up amidst gunshots and sirens and prison screams. Their music reflects the hardcore noise of their lives. (Interesting historical notes: I’ve heard that white chamber music was the first music in history that people didn’t dance to…and that young American men learned to dance with their pants falling down in prison, where belts are not allowed).

The Blues is as expressive as any music ever created. The profound struggles and challenges of human existence, being in our fragile bodies, is a universal experience. The feeling of blues music is innate, transcends history, and is understood by everyone.

How do you describe the new Greg Anton book ‘Face the Music’?

My novel is about the life of a struggling musician in San Francisco in the 1970’s. I set out put to my thoughts about music into words (as described above). However, rather than imposing my views on a reader, I tried to demonstrate my ideas through a fictionalized story.

What were the reasons that you started the Psychedelic and Rock counterculture searches and experiments?

In my early twenties I first experienced the freedom and exploratory nature of psychedelic drugs. I also heard what I felt to be the all-inclusive honesty coming from the music of Northern California…so I came out here.

Which have been the most important experiences for you? What is the best advice ever given you?

I was very fortunate to have wonderful, loving parents. My mother was an accomplished sculptor/painter, my dad was a college professor…I got a nice balance of art and the cerebral perspective. They taught me by example to be kind, analytical and independent. 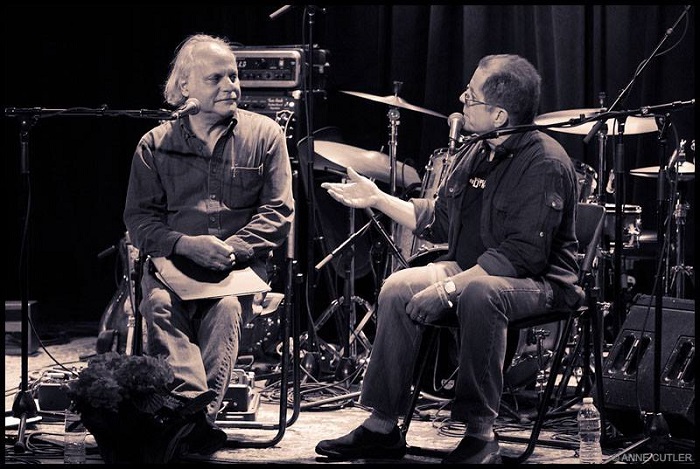 "In my early twenties I first experienced the freedom and exploratory nature of psychedelic drugs. I also heard what I felt to be the all-inclusive honesty coming from the music of Northern California … so I came out here." (Photo: Greg Anton & Dennis McNally / © Anne Cutler Photography)

Are there any memories from Robert Hunter, John Cipollina, and John Lee Hooker which you’d like to share?

I’ve written about 35 songs with Robert Hunter…it’s been a great honor. I have personally witnessed him pulling evocative, thought-provoking, lyrically complete phrases, instantaneously out of thin air. His words seem to me to be as close to being music as words can be.

John Cipollina. I performed with John hundreds of times… every time exciting and invigorating. His distinctive sound could be recognized in the first two notes he played. Besides being a consummate musician and guitar innovator, he was a true gentleman in all circumstances. A gem of a human being.

John Lee Hooker: another innovator of a unique style of music. He took blues music and made it something of his own. I only played with John Lee a couple of times (John Cipollina was also on the gigs). I did write a few songs with Robert Hunter that John Lee Hooker was set to record before his untimely death.

I don’t miss music of the past; I listen to it everyday.

I’m constantly afraid that tomorrow will never come…even though I already know it won’t. 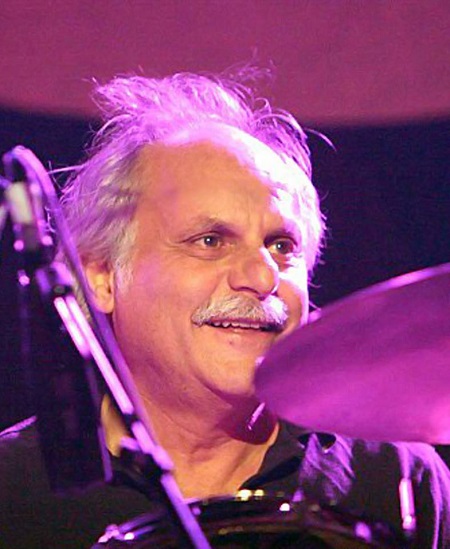 I wish my drums would sound perfect, set themselves up, bass players weren’t too loud, people didn’t talk when music is playing, and that musicians everywhere were honored and supported just for making music. (I realize that you asked for One answer. Note: there are three types of people in this world: those that understand math and those that don’t).

What has made you laugh lately and what touched you (emotionally) from the music you participate in?

Interesting question: Just last night I wrote a scene in the sequel to my first novel, which I have experienced many times: a group of musicians rehearsing in a room, someone plays a ‘funny’ chord, and everyone smiles at once. What’s so funny? What is the audio essence of humor? I’m forever trying to answer that question.

(A real-time, personal comment: as I was writing the answer to this question, a guitar player friend (Steve Kimock) called and we talked at length about the emotions that music elicits…the full range of human emotions…not just sadness/blues, but also joy, comic relief, unexpectedness, ancient metal bells replicating the sound of the earth itself…

«...that sound that sounds like the cutting edge of life?

That sounds like a herd of musk ox in full flight?

That sounds like male walruses diving to the bottom of the sea?

That sounds like fumaroles smoking on the slopes of Mount Katmai?

That sounds like the wild turkey walking through the deep, soft forest?

That sounds like beavers chewing trees in an Appalachian marsh?

That sounds like an oyster fungus growing on an aspen trunk?

That sounds like a mule deer wandering a montane of the Sierra Nevada?

That sounds like witch grass tumbling or a river meandering?

That sounds like manatees munching seaweed at Cape Sable?

That sounds like coatimundis moving in packs across the face of Arkansas?”

What is the impact of music on racial and socio-cultural issues? 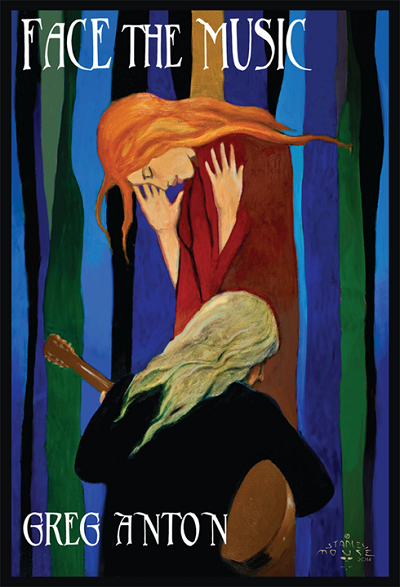 The music of Bob Marley, for example, has done more to promote peace and justice than all the politicians and lawyers and books and speeches and (especially) soldiers in the history of the world.

What would you like to ask Woody? (Woody is the main character/guitar player in Greg’s book ‘Face the Music’).

Working on my next book; I ask Woody every day… ‘What are you going to do today, as a musician, to bring joy to yourself and your family and the world?’

How you would spend a day with Stephanie? (Greg Anton’s book FACE THE MUSIC is a story about a song called 'Stephanie'. Robert Hunter gave some beautiful lyrics to 'Stephanie' which recorded with: Steve Kimock, Melvin Seals, Tim Hockenberry, Robin Sylvester and Greg Anton)

Alone with her, on a beach or in a forest, playing music while she danced.

You are also known as a champion of medical marijuana rights. Do you believe your cause has seen justice?

I recently spotted a California State Judge at one of my gigs where people were smoking pot. I said to him: “when I was 18, smoking pot with my friends, we thought that when we got old enough to be judges, we wouldn’t have to worry about pot being illegal.” He just smiled and didn’t respond.

Let’s take a trip with a time machine, so where would you wanna go for a day? 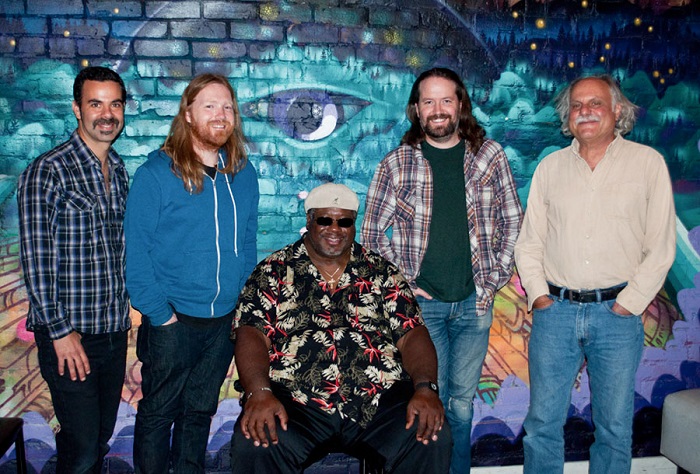